Oh, we get some great Hedwig news today!

General Sale begins September 9 at 10 am!

This pic was posted yesterday (sorry, I'm a bit behind): 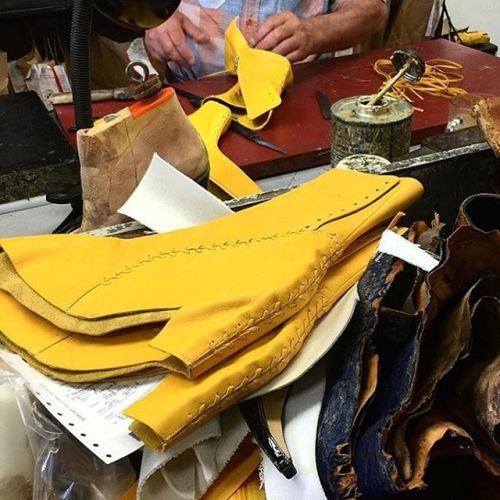 And this was posted today:

Please feel free to post any promotional information of the Hedwig and the Angry Inch tour (SF/L.A.), as well as any info that occurs before performances begin (before October 2, 2016).

This also may be a good place to place any miscellaneous info about the Hedwig and the Angry Inch tour (SF/L.A.)--but feel free to post  in any of the 3 Hedwig Tour threads.   It's all flexible!


Great news!  Darren is playing Hedwig in L.A. and SF!!  Thank you dailydarrennews! 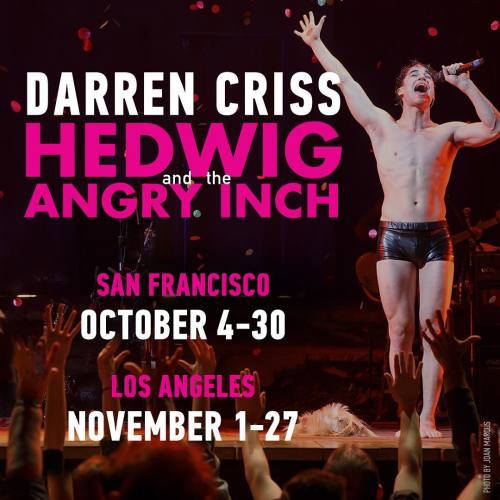 Aw, Darren put it on his tumblr. 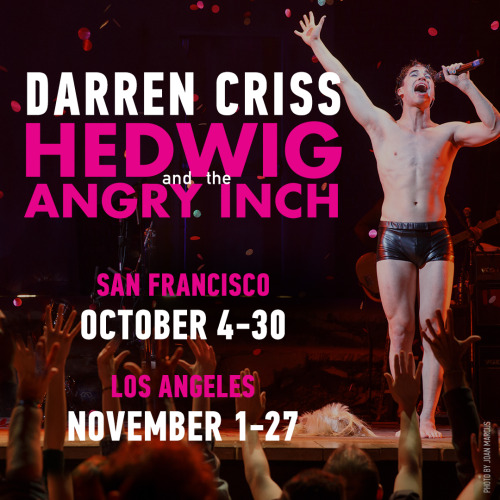 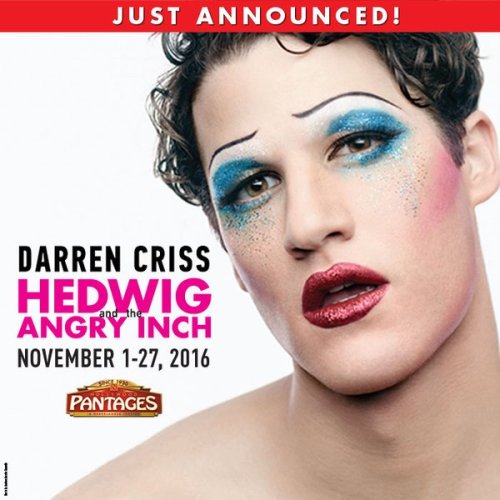 [/b]
@Pantages: BREAKING NEWS! @DarrenCriss will star as “Hedwig” in @hedwigonbway @pantages this Nov! http://www.HollywoodPantages.com/Hedwig 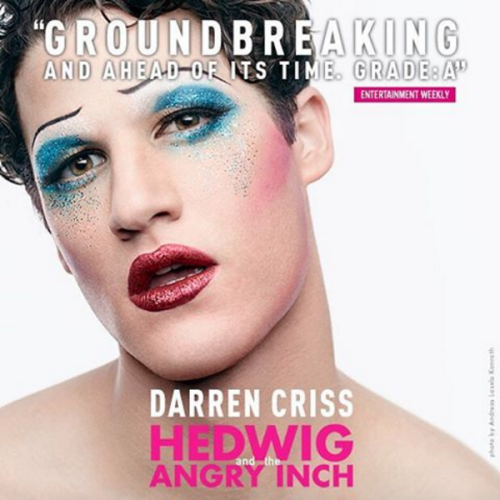 "People as talented as Darren don’t come along all that often, so that alone is cause for excitement about his ‘Hedwig.’ What’s really cool to me is that because Darren played her on Broadway, we can launch the tour with continuity and authenticity, but at the same time we can make the show his and take advantage of how truly amazing he is."

I’m delighted that my brilliant Hedwig sister wife Darren Criss will be in the vanguard of the Hedwig invasion. West coast be warned, Darren takes no prisoners! 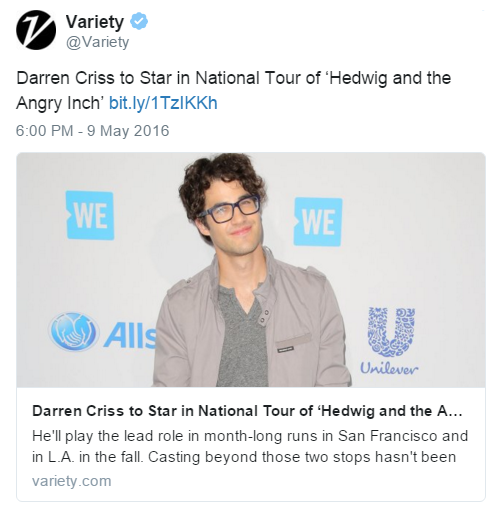 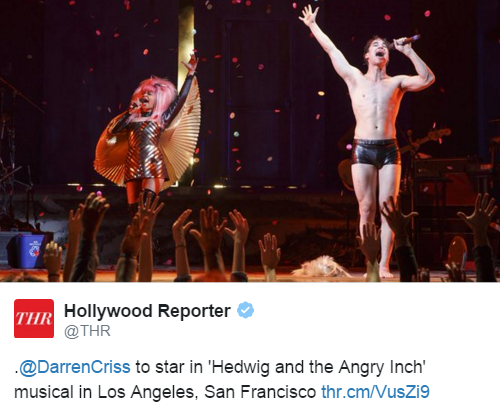 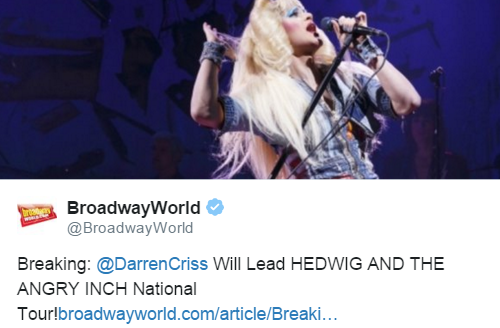