If you would like me to start a new Topic (thread) that is within the Category of "Darren's Films"), please let me know.

It's nice he got a new role in a movie.

I see that the actor who played Jean-Baptiste in Glee is also in the cast.

I would love for Darren to do some more films.  I think he would do well in the small, Indie type of films (which Dianna has done as well, and she has done a larger film too).

Skylar Astin was in Spring Awakening.  Was he there when Lea was in it?  I don't know much about the history of S.A.   I think he got quite well-known through Pitch Perfect 2.    This is something that I would love for Darren to do, do a film or two every year and get some more wide-spread visibility that way (along with doing some TV roles, guest star roles can be very visible too, and of course, release some music too!).   Joseph Gordon-Levitt broke out big when he did the Indie film 500 Days of Summer.

The best for me would be a major role in a TV show, like Blaine in Glee. We would see him every week, without having to go outside

I agree, Jeremy, that a major role in another TV show would be wonderful, whether as a regular cast member, or as a recurring guest star.  And if he worked on a TV show with a shorter season (if he was a regular cast member), he would still have time to do theater projects and music projects (or be on a film).   Being in a TV show would bring him more visibility and would help bring fans into his theater projects (and would help him in music sales, if he released a single or an album).  It's a win-win situation!

Karam pens the screenplay for the feature film, which is directed by Dan Harris, the screenwriter behind Superman Returns and X-Men: Apocalypse. Sarah Steele, who took on the role of Diwata in the show’s New York premiere at Roundabout Underground in 2007, reprises her performance, joined by Liam James (The Way Way Back) and Austin P. McKenzie (Deaf West’s Spring Awakening).

Guest
Wow, DC has a new film! Great news! I wonder if he will have a big role, or if it is just a cameo. Either way, as much as I love his musical side, I'm pleased that he is doing something different to that. I'd like to see him just act without breaking into song and dance all the time. Don't want him to be typecast. Poppy, I agree about seeing him in more films. Indie films is a good shout. I hope Smitten does well, or at least will make it to theatres.

Jeremy, you have a good point about TV shows, being able to see him every week would definitely be a plus! But with films you'll have him enlarged on the big screen!

I think I'll put in a vote for both!

dusty wrote:Wow, DC has a new film! Great news! I wonder if he will have a big role, or if it is just a cameo.

I think it's a cameo (guys, correct me if you know otherwise; I don't know if he has additional scenes in the Speech and Debate film):


I really have loved Darren in Hedwig and the Angry Inch--he was so stunning in it.  But I now would love to see him in a dramatic role (or comedic role) that is not a musical, whether in a play on or off-Broadway, or a film.

Yes, cross fingers we hear something positive about Smitten!

dusty wrote: But with films you'll have him enlarged on the big screen!

Guest
Thanks for that Poppy! Yes, looks like a cameo. Still, it's good that he's doing different stuff.

I'm surprised, I didn't except that Darren would play his own role in the movie.

Jeremy wrote:I'm surprised, I didn't except that Darren would play his own role in the movie.

Yes, that was different.   Cute idea, though.

I forgot to add this trailer video.


Aw, so nice of Kevin

link to “Speech and Debate” trailer

dailydarrennews posted this slightly longer trailer video.  Darren's part seems about the same as in the video above.

Speech and Debate Trailer [Darren a 1:00]

Home-viewing audiences will now have the opportunity to catch the film version of Stephen Karam's Speech & Debate six days earlier. Originally announced to be released via iTunes on April 7, the film will now drop on April 2— a date that coincides with its red-carpet premiere at the American Airlines Theatre in Manhattan — at a cost of $12.99. April 7 remains its VOD and cinema release date.


Darren on the red carpet at the premiere of Speech and Debate via Broadway.com’s IG Story 4/2/17
via DarrenCrissArmy 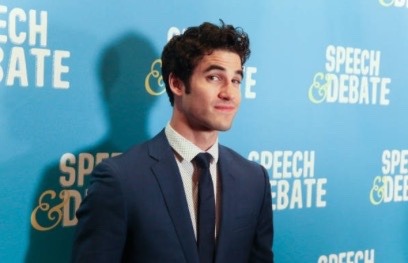 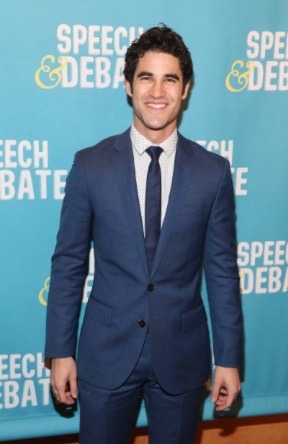 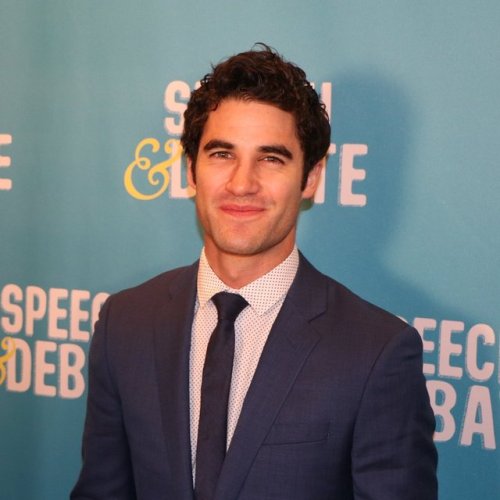 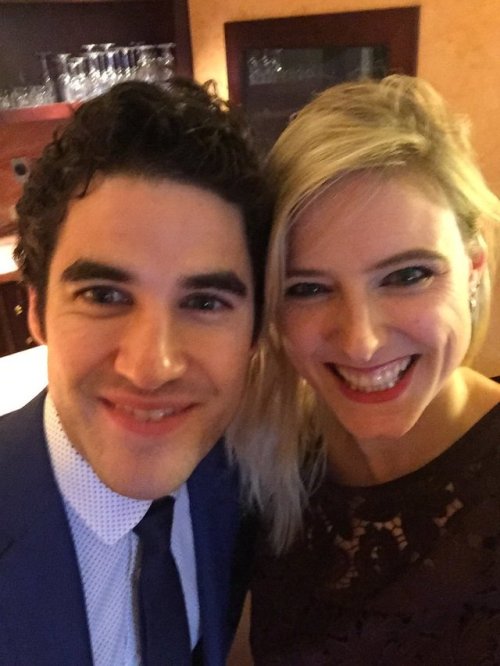 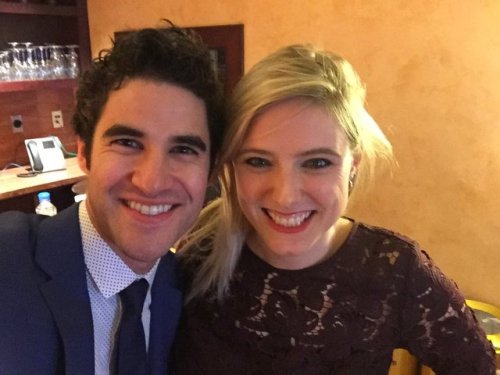 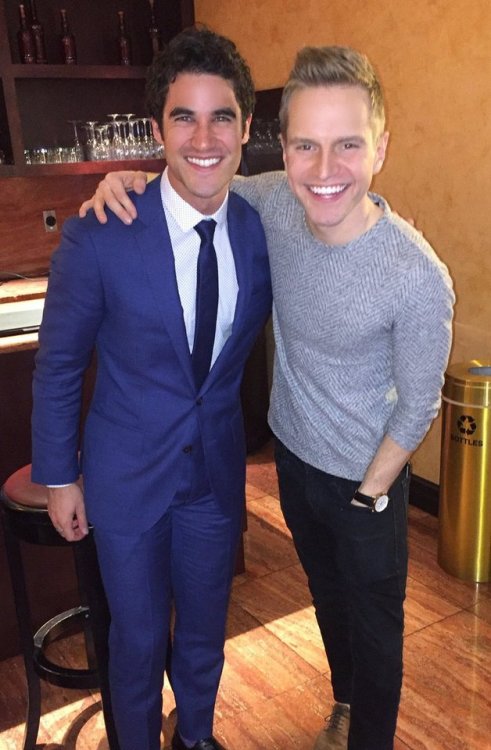 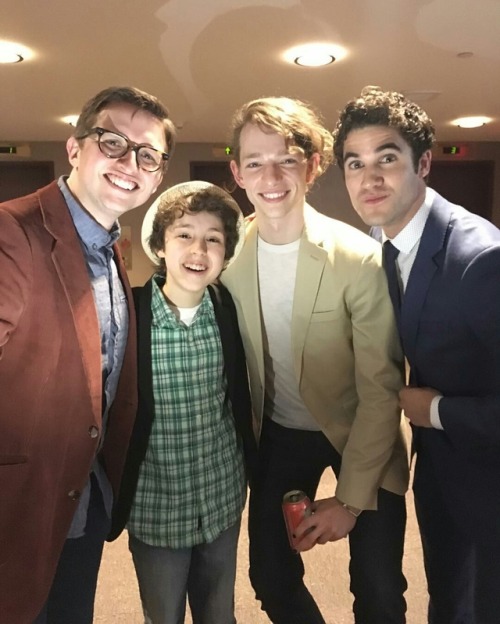 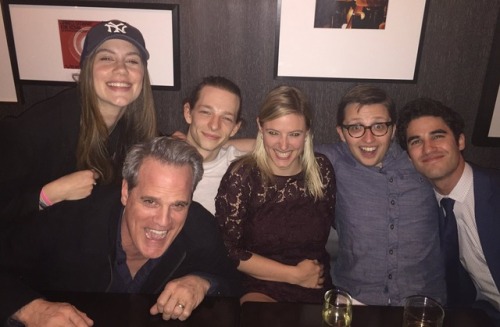 An article with pics in Just Jared, about Darren at the Speech and Debate NYC Premiere:  Darren Criss Joins 'Speech & Debate' Cast at NYC Premiere! 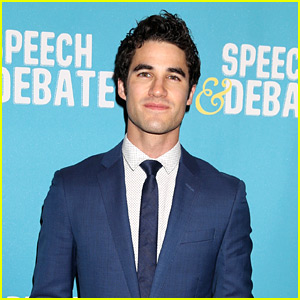 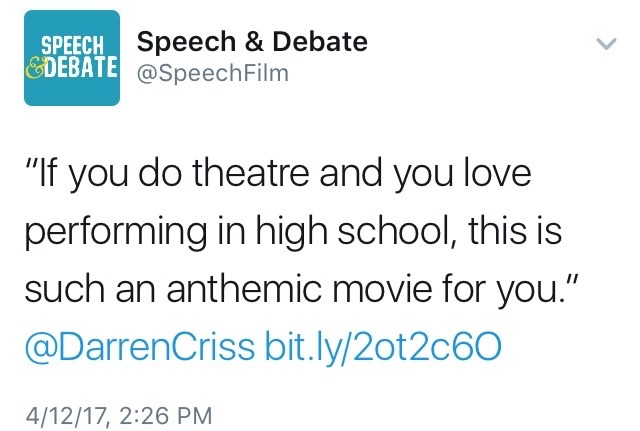 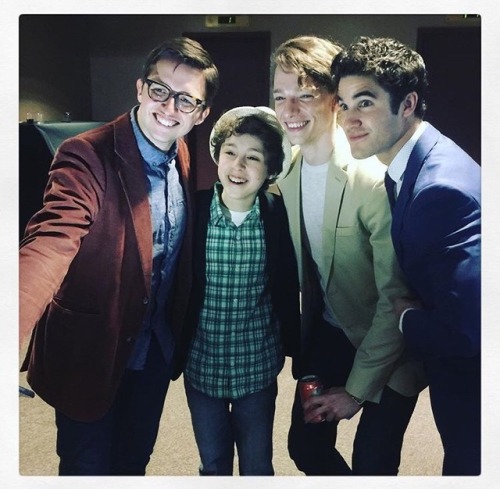