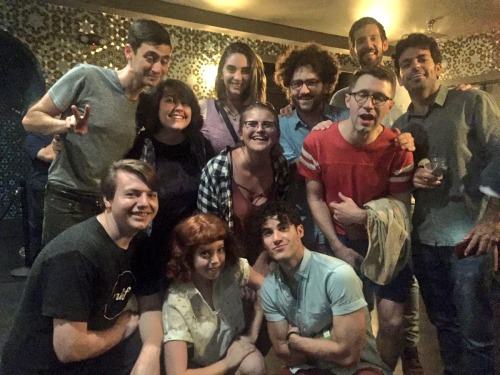 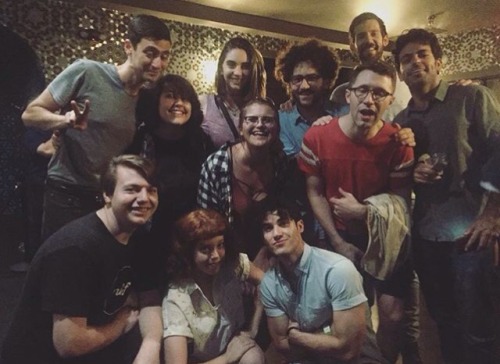 Computer died today, but I was able to bring it back up.   I probably will be off-line for a few days until the computer folks either fix it or I have to shop for a new computer.  Hope everyone is doing all right.

Yeah, I also guess Darren talks a bit more about politics because a lot of major things happens right now.

I'm sorry for your computer, I hope it can be fixed. See you soon.

Hi Jeremy.  Thanks.  Hopefully, my computer will be fixed tomorrow.  Cross my fingers.   Hope everyone has a good evening.

You haven't missed much, we just got some pictures and short videos of Darren at a friend's wedding.
I've been meaning to figure out how to embed tumblr videos, so I'll just try that now...
(Ok, this works for me, but you might need to allow html in your preferences first to see the videos, so I'm putting them under a spoiler tag. Please let me know if it's working for you!)

And some nice pictures with Chuck and Mia: 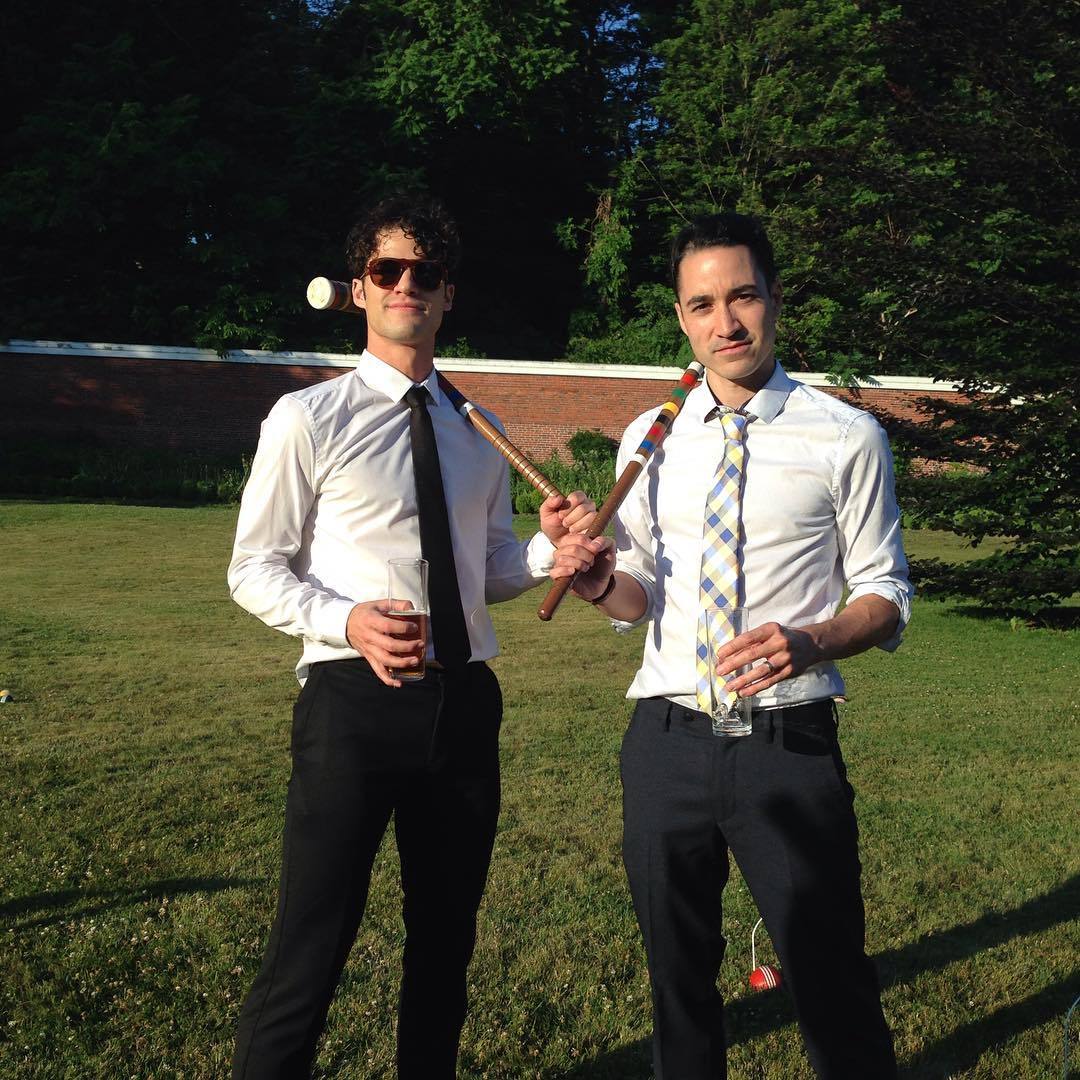 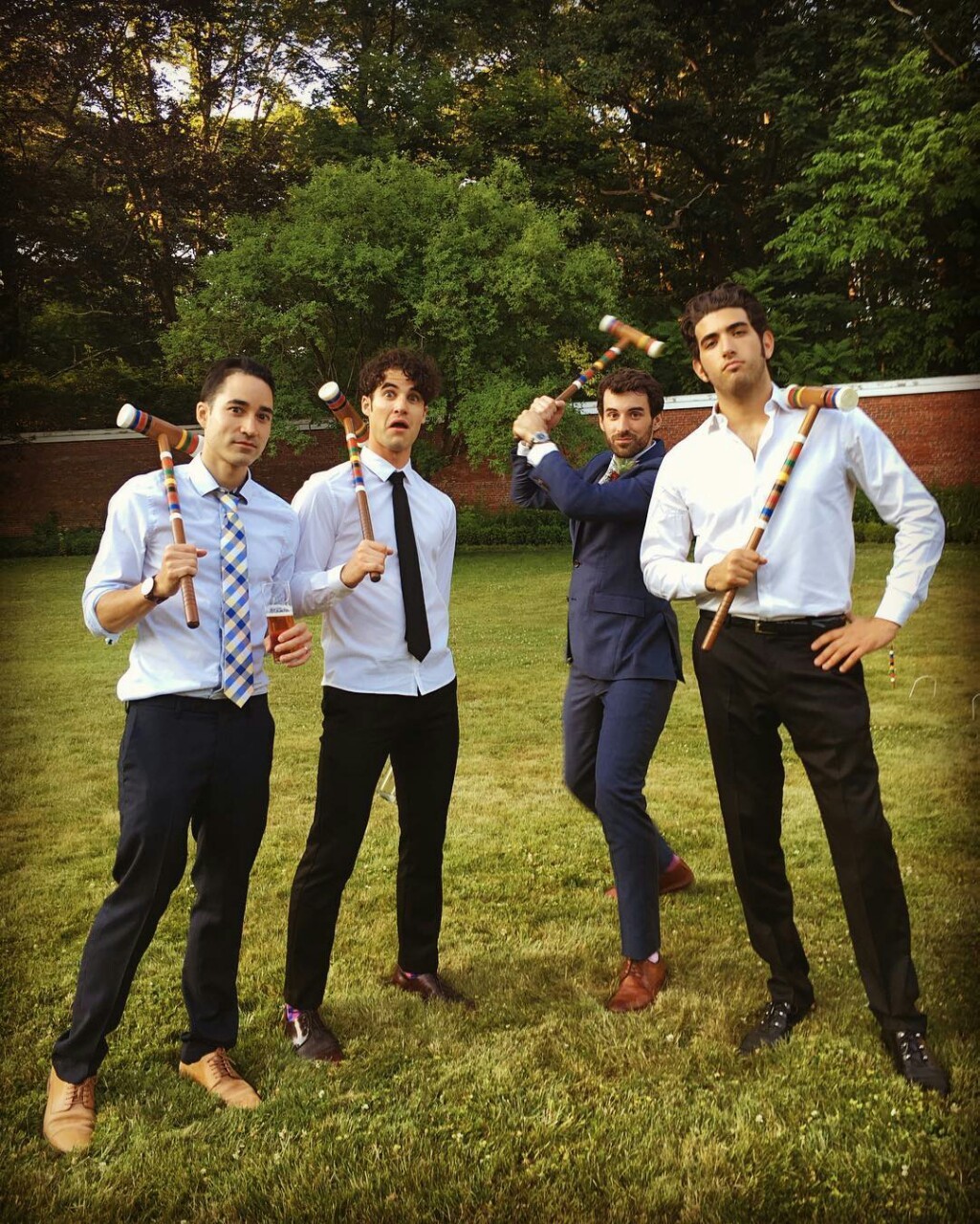 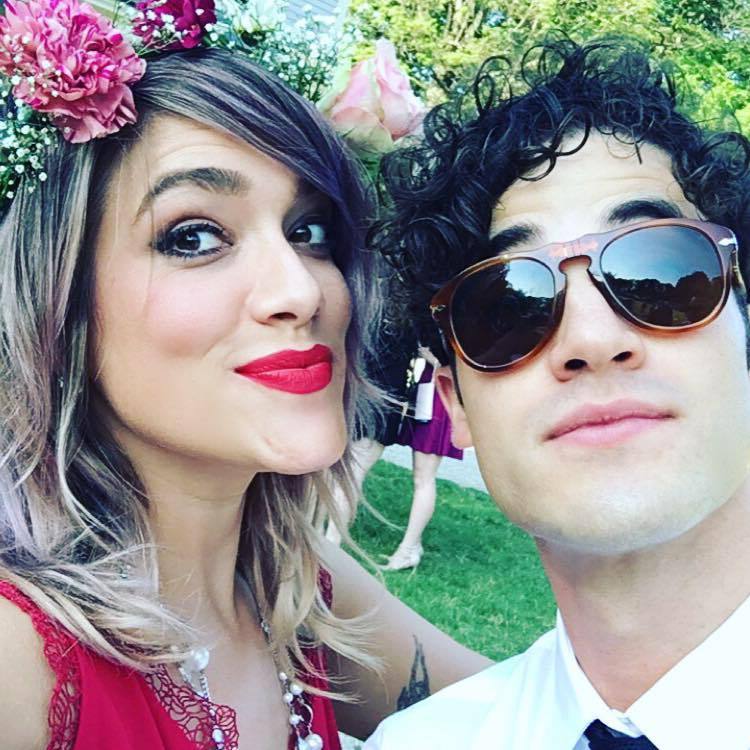 Lovely pictures and videos. I haven't played croquet in years, such a shame

Yea, my computer lives on!  Thanks guys for well wishes for my computer.

Lin wrote:I've been meaning to figure out how to embed tumblr videos, so I'll just try that now...
(Ok, this works for me, but you might need to allow html in your preferences first to see the videos, so I'm putting them under a spoiler tag. Please let me know if it's working for you!)

Wow, Lin, so cool that you figured out how to embed non-youtube videos here.   If it's not too much trouble, do you mind posting a lesson on how you did it in this Topic/thread?   Some General Instructions of How to Use this Site  Thank you in advance, Lin!

I love seeing Darren perform at his friend's wedding.  He sounds good.    Thanks again, Lin, for posting those videos and also the lovely pics!


One more wedding-related pic, with a nice message.  Darren looks cute in the pic.   She looks lovely. 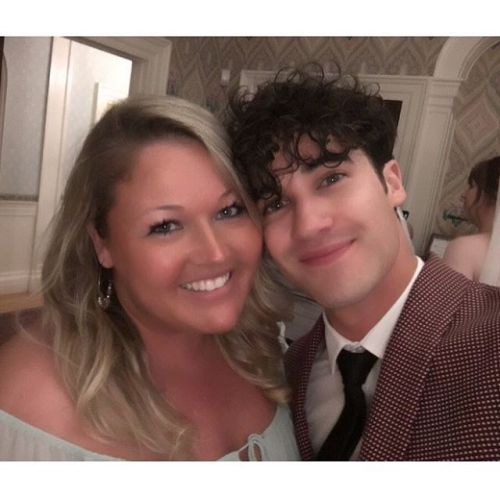 mtothe_ila: And some days, my job delivers me more joy than usual. Had the honor of meeting the amazingly talented, humble, beautiful soul that is @darrencriss. Thank you for sharing your voice and your passion with the world, and for our wonderful conversation. You are extraordinary.

Aw. is Darren going to be at San Diego Comic Con 2016, for Transformers Robots in Disguise?

haha!  :biggrin.png:  We all would be wealthy!

That's cool that the employee commented on the shirt! That's the beauty of 'advertising' like that I guess, the fans find each other!

Yes, I do have some subtle merchandise. I went to see Garbage play last year and ended up with a grey t-shirt saying This Is Not My Idea Of a Good Time (a line from one of their songs) and a blue canvas bag with a drawing of some faceless people in the rain and the line I'm only Happy when It Rains (another song of theirs). My husband got a t-shirt as well and we wore them at Christmas with both set of families present! hahahahaha! Everyone thought it was very funny!

Nice tweet from Mia, with very cute photo-comparison to Prince Eric and Ariel. 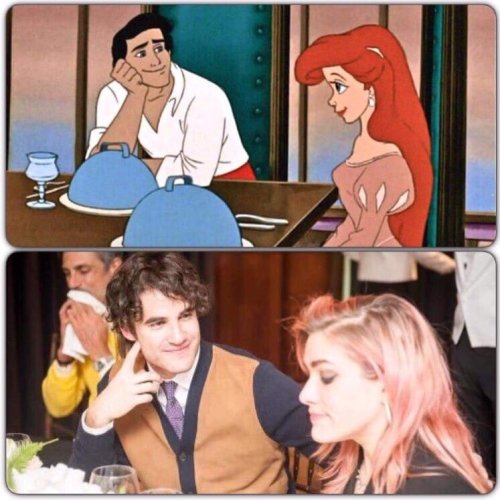 And Darren posted an instagram with an attached photo that started a funny conversation with his pals, Tyler Oakley (love their friendship), Luke Edgemon (a Glee connection, and who has such a wonderful singing voice of his own, was on The Voice), cute and talented Kevin McHale and Justin Mikita (who happens to be the husband of Jesse Tyler Ferguson). 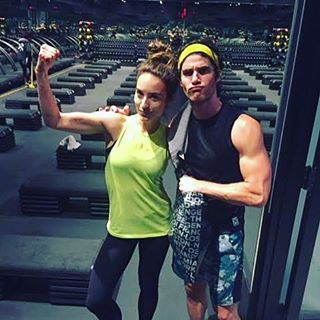 darrencriss I generally keep to myself when it comes to fitness & social media but whatevs dude I’ve been a certifiable Barry’s addict for a while now and I wanted to shoot some love… Fun exciting weekend ahead of me- so gettin it started right with @alliecohen & @barrysbootcamp. Love the workout, love the community! 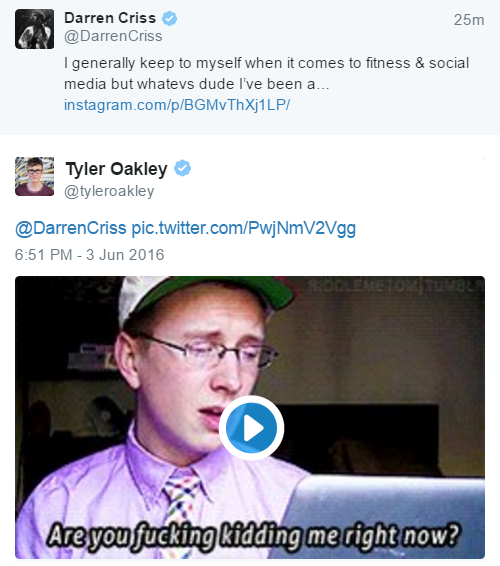 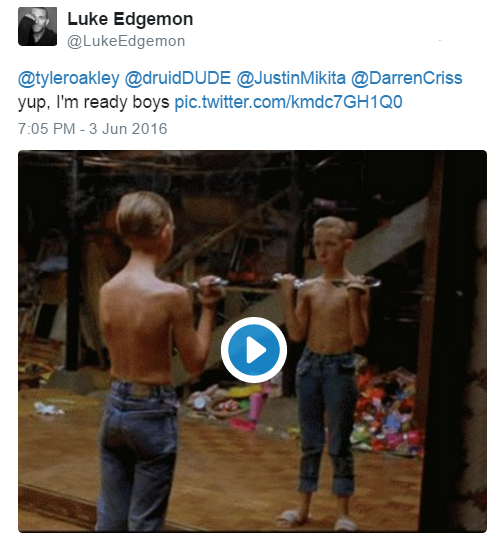 Since when did he become so muscly? They're bigger than in Hedwig right? Or am I imagining things?

Aw, Kevin and Luke (one of the original Warblers).

Guest
Cute photos at the wedding! Love the one with DC and the boys with the crocket sticks. He looks great! I just love that haircut on him, and he is shaven! What's going on? Lol!

Guest
I always get curious when he keeps his face shaven. He also seems to have returned to LA quickly instead of sticking around on the east coast for a while after the wedding, so I wonder if he's working on something.