Did anyone else have a problem with the forum logo pic not showing up earlier today?   I couldn't see the logo pic (of Darren with his pink and green glasses and top hat) earlier today.    The URL wasn't working any more, so I replaced it.

He probably recorded it in September when we got the first picture after his haircut. The location was listed as WQXR, which is in the same building as the WNYC studios. DaisiesAndLilies wrote:He probably recorded it in September when we got the first picture after his haircut. The location was listed as WQXR, which is in the same building as the WNYC studios.

Ah, great memory and detective skills, DaisiesAndLilies.  I forgot about that pic.  Thanks for the answer.

I was curious so I went back to when that pic was posted here, and I found this previous post that was made on Sept. 21, 2016.


So the link to the person posting it is to Hillary Bonhomme.  She adds "WQXR."

When I looked her up, it did lead to WQXR, which led me to New York Public Radio.   It is described that New York Public Radio is "is home to three of the country’s leading public radio stations – WNYC FM, WNYC AM and WQXR FM . . . WNYC is a major producer of original content for public radio nationwide.  WQXR is New York City’s only all-classical music station."   At the WQXR website, Hillary Bonhomme is listed, and she is also listed under their other station, WNYC.

I also found info about her at this site:  National Arts Marketing Project.  It says she is a vocalist.  She has an internship with WQXR, under New York Public Radio.

So Darren is at a classical music radio station(WQXR)/station that produces original content (WNYC) in NYC?   Why?   It could be he's just visiting a friend.   Or it could be something else.

And the link to Darren's interview on the Naked American Songbook links to WNYC.

ha!  DaisiesAndLilies answered both my question yesterday and my question in my earlier post of Sept. 21, 2016.  The date that dasaniqueen  posted that pic is September 20.   Darren most likely was in rehearsals preparing for his performances in October for the Hedwig tour shows in SF.
_________________

Darren and Max went to see The Front Page. 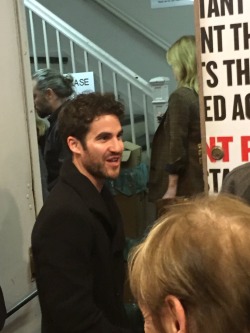 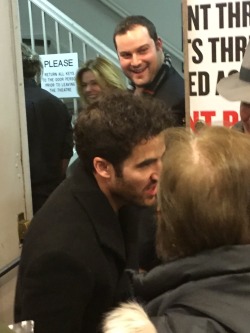 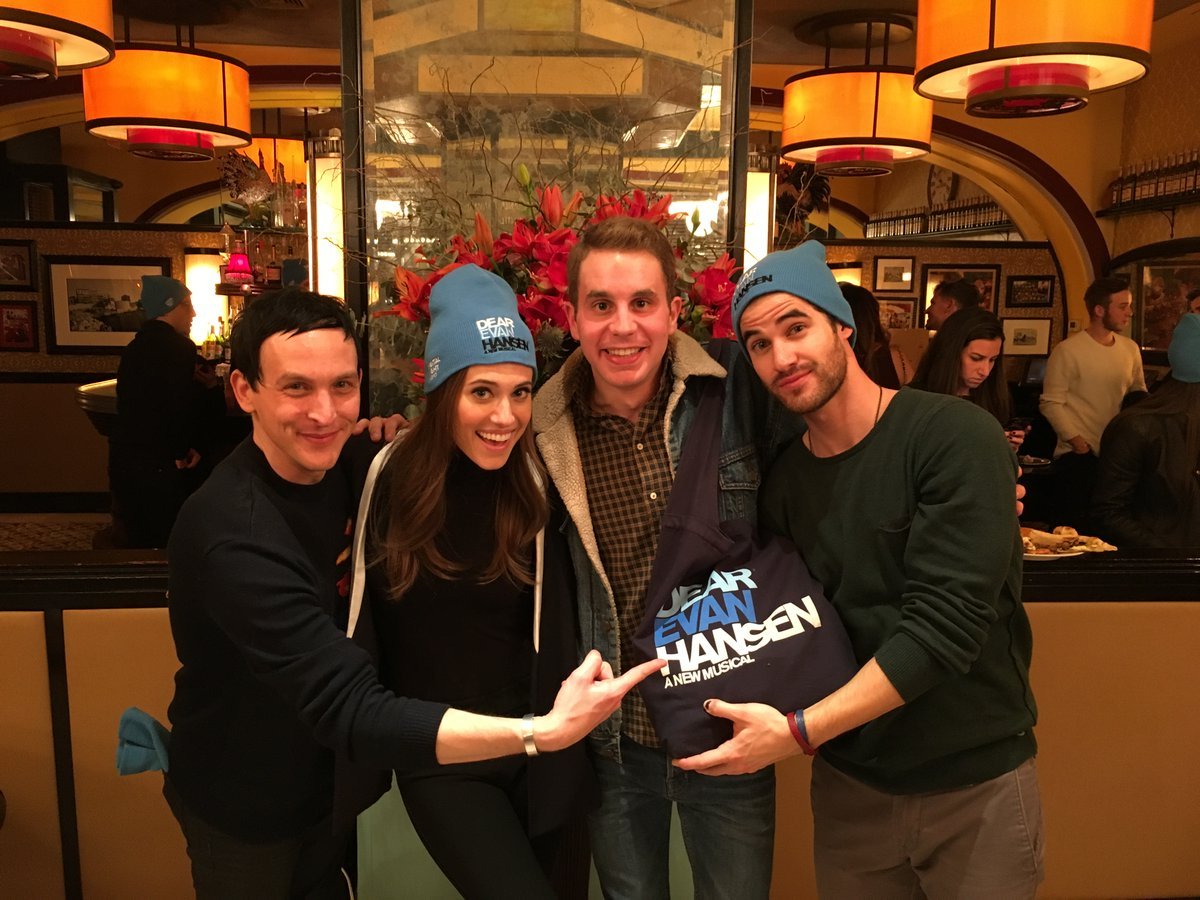 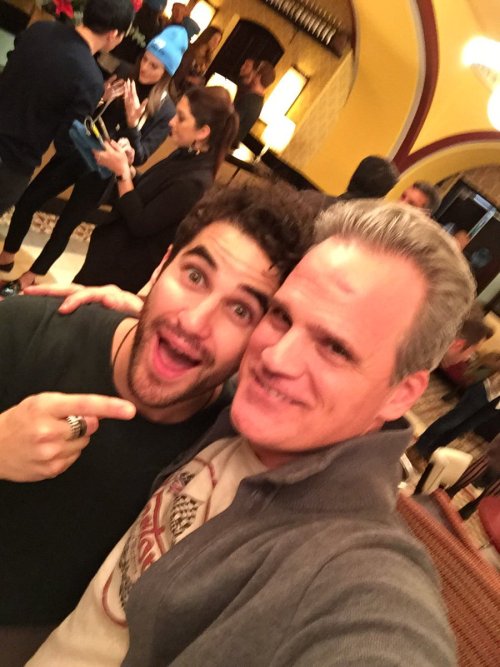 @Poppy wrote:Does anyone want to try a new pic for the forum logo?   Let me know and we can vote on some options

A poll about choosing a new picture could be fun.

Anyway, we have to modify the description in the forum logo because "perfromances" is not an English word

Well, you accidentally have discovered a pun between "performance" and "romance"


For anyone reading this forum, there is a problem that popped up this week.  First, I noticed this forum's logo pic disappeared, and then I noticed many pics which I found on tumblr (mostly dailydarrennews), that were posted in this forum in the various threads, disappeared as well.

You may be confused as to why you see so many captions without any pics, so that is why.  I will be asking for assistance from the Forumotion Support Forum, but I'm not sure yet if they will be able to give me an easy solution.   Lin has been assisting me and she discovered that Tumblr changed the URL on the images that disappeared.  There are a lot of pics involved, and I just do not have the time to go post-to-post to fix the images in the posts.  I apologize for the missing pics.    If you are a member, you may click on the links to see the images from their various sources.

UPDATE ON THE CASE OF THE MISSING PICS

Everyone, Lin is a tech wizard!   She has given me a way to fix the problem!

The fix involves going post-to-post, but the great news is that I do not have to actually re-copy the missing images.   Lin's fix is much faster than that.  I may not get through all the posts with missing images, but I'll get through many of them.

Note to members:  I have had no need to edit any posts by members, since we have such nice members (of course!)

If you see I have edited any of your previous posts, it is because I am applying Lin's fix to your post, to restore the missing images in your post.

A fan saw him at JFK International Airport (NYC) and posted it on January 13 (Friday). 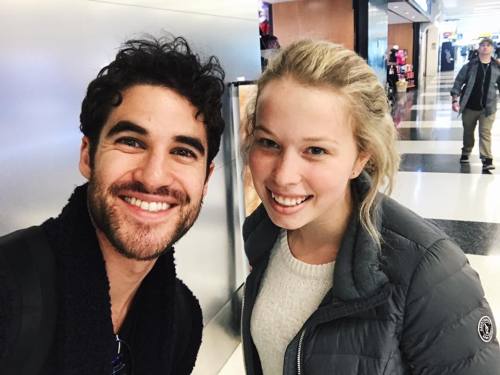 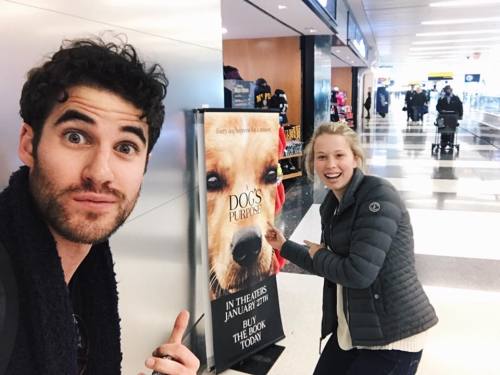 Another fan saw him at Amelie the musical in Los Angeles.  Her post is dated today, January 16. 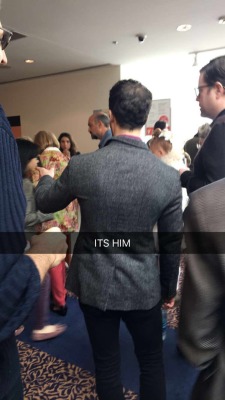 Michael Feinstein tweeted about doing another duet with Darren!

I loved their duet when Darren was invited to perform on Michael Feinstein's New Year's Eve at the Rainbow Room, which was aired on PBS on December 31, 2014.   Here is a video of that performance, courtesy of Alex of DCN :

They sound so good.  Love their harmonizing.

I managed to restore almost all of the missing images from the various threads.  The only thread/Topic where I may not get to all the images is the longest thread (Darren Appreciation Thread:  General News about Darren for 2016).


I apologize for the missing pics.    If you are a member, you may click on the links to see the images from their various sources.

Also, if there are certain posts that you wrote for which you would like me to restore images, please PM me and I will try to restore the images in those specific posts.   This mostly may concern the Darren Appreciation Thread:  General News about Darren for 2016, since I believe I was able to retrieve most of the images in all other threads.   If I missed some images in the other threads, feel free to PM me as well.

If there are certain posts written by someone other than yourself, but for which you would like the images restored, also feel free to PM me about those posts.

Guest
Poppy, thank you so much for ALL the work you put into this forum.

Aw, you're welcome, Lin.   And thank you for your wonderfully clever fix!

I'm grateful for your knowledge of how Forumotion forums operate and for your sharp computer savvy skills.

I wouldn't have been able to restore those images in the majority of the threads without your tech skills.   Most of all, thank you for your support of this little forum.

It means a lot to me.

Was this just a random video inspired by Prince?

Unfortunately, I am unable to restore those posts from January 20-23, 2017, in one thread, the "Darren Appreciation Thread: General News about Darren for 2017." 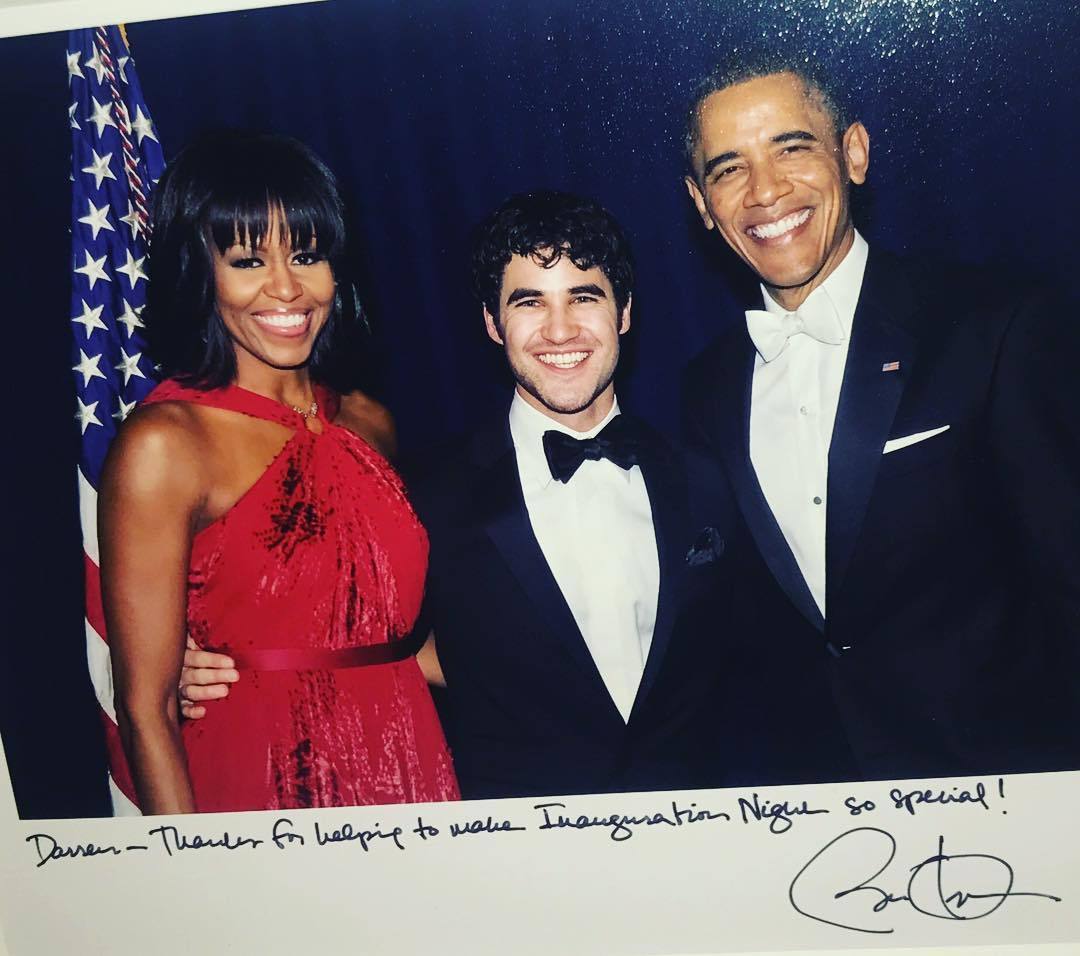 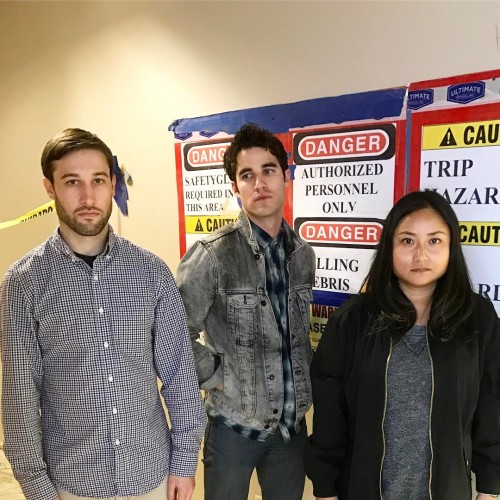 Lin and everyone else, I put discussion of Darren being a guest-star on The Flash and Supergirl cross-over episodes in this thread:  Darren's TV Projects for 2017 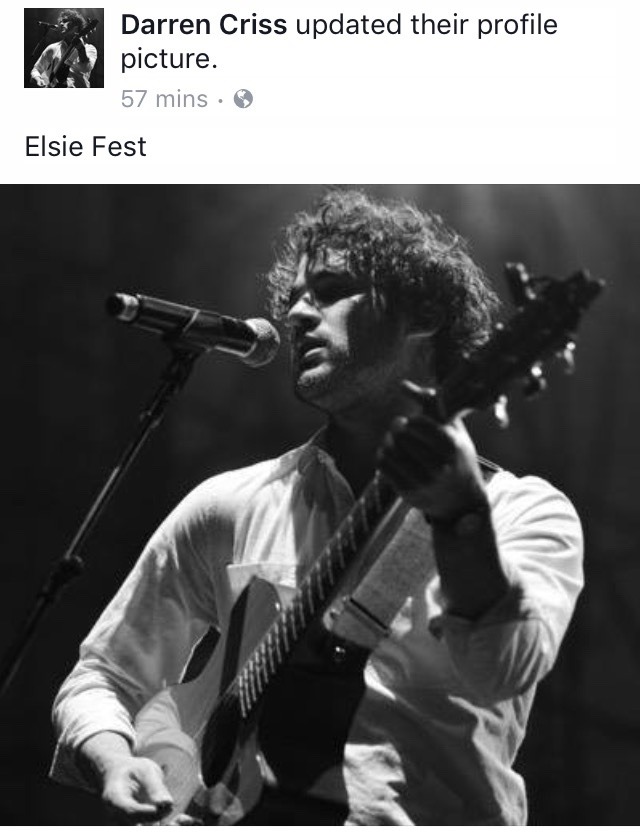 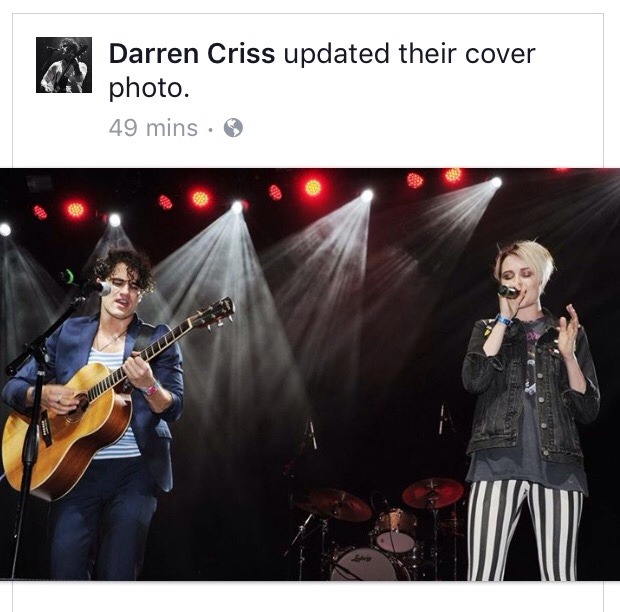 Some pics of Darren, courtesy of Alex of DCN (thanks Alex!).  I will post a couple of the pics.  Go to Alex's blog to see all the pics:  darrenkey 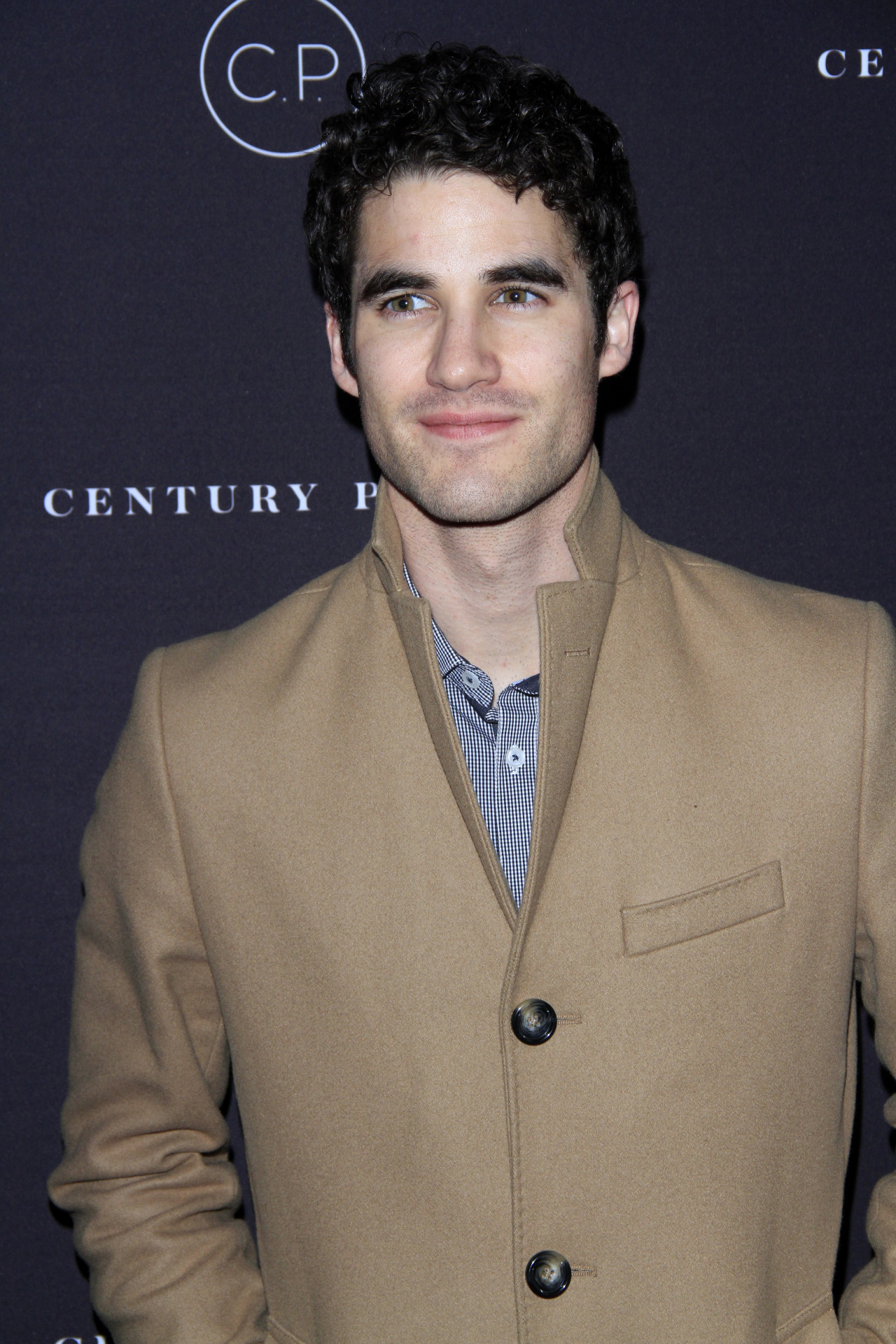 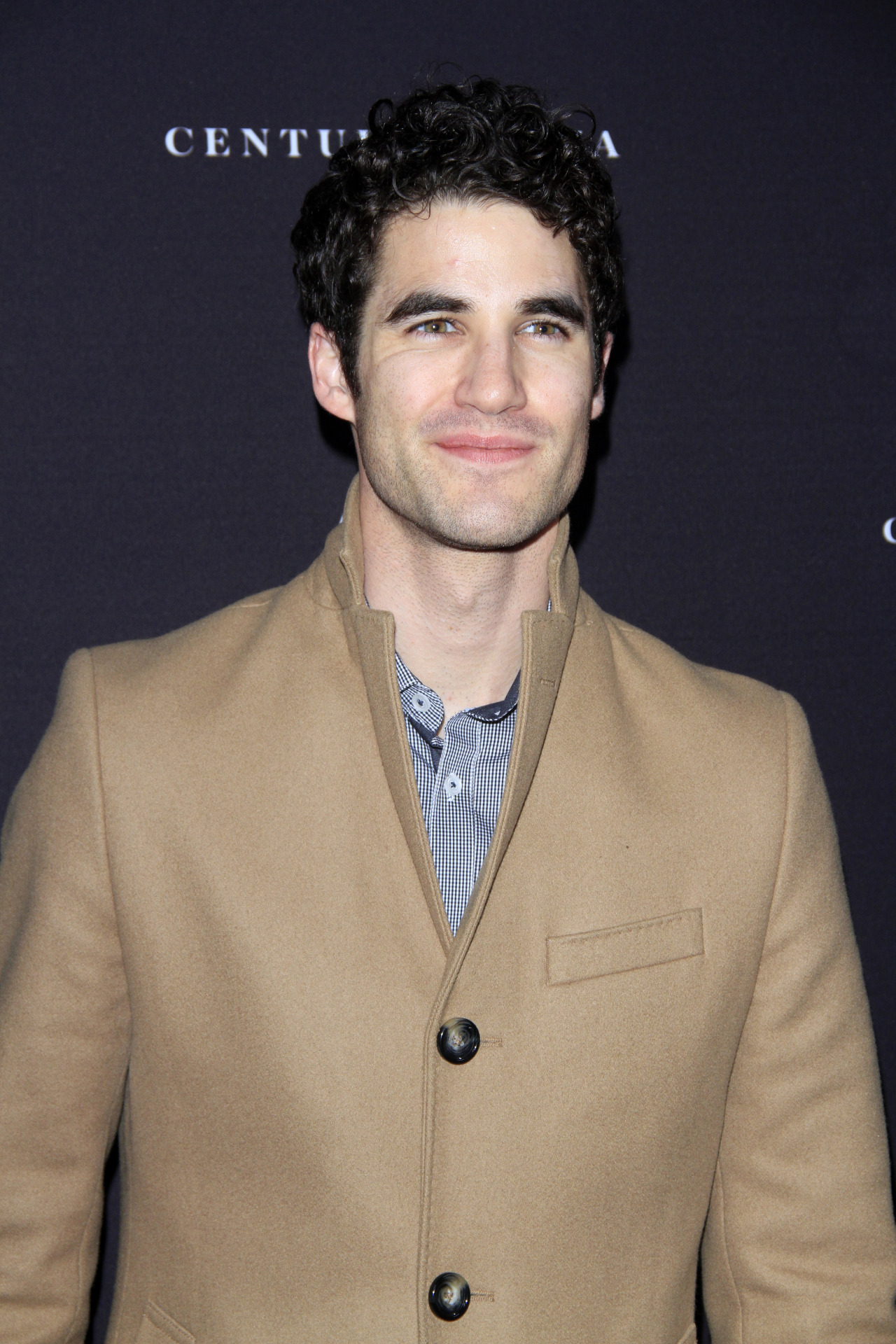