Emmy-nominated artist and actor Darren Criss has released his solo indie EP entitled ‘Homework.’ This is his first solo project in over seven years. He performed a release day show in Los Angeles and fans are lucky enough to have access of the show’s livestream. Watch the whole concert below!

Criss is perhaps best known for his role on GLEE and his starring roles on Broadway in HOW TO SUCCEED IN BUSINESS WITHOUT REALLY TRYING and HEDWIG AND THE ANGRY INCH.

Here’s what he shared with fans: “It’s a new EP called “Homework.” I liked the name for a couple of reasons. For starters, I made it mostly at home. Whether writing or recording it at my own place or at friends’, it’s about as homegrown as you can get. It was produced mostly with real live instruments, getting back to what really started my life as a songwriter in the first place- guitars & pianos and words & music. The main idea behind this was to embrace me just being me as much as possible in the hopes of it reaching you in some kind of positive way. Secondly, homework always took me way too long to do. It’s true what they say- an artist’s work is never done. It never feels “done” until it’s out there for someone else to experience. And so here I am, “finishing” it by releasing it into the world, and encouraging it to live its own life with you. You who have waited very patiently and supported me tirelessly through the years- my family & friends from school growing up in San Francisco, my friends from college in Ann Arbor, the fans that kicked off my career and the new ones that are interested into diving a little deeper into my backstory. This one’s for you. So here, I did some homework.“

You can also watch the video we shot at Darren’s home for track #4, “I Don’t Mind" here.

Below is the track listing:

2. I Dreamed A Dream

5. The Day That The Dance Is Over

This is really nice.    He looks so happy in this first gif.

This is a fantastic pic! 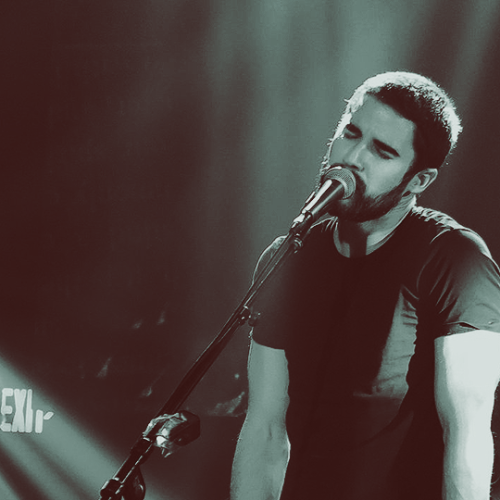