Thanks for all the info in your post, and for that video, Lilikoiluv!

Jeremy wrote:But I'm glad the shooting is over because he can now move to another project. 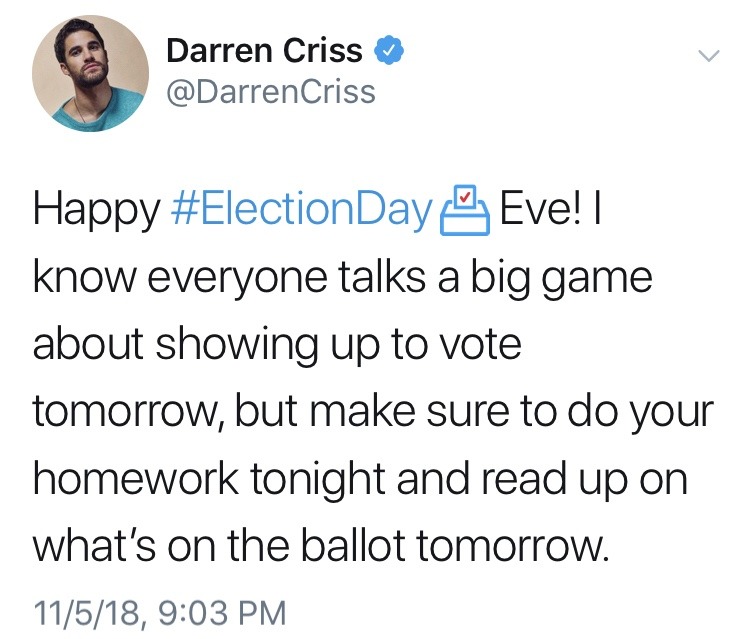 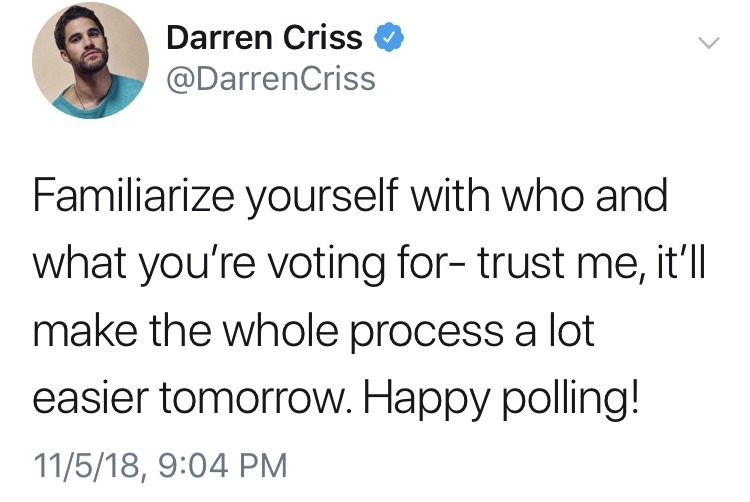 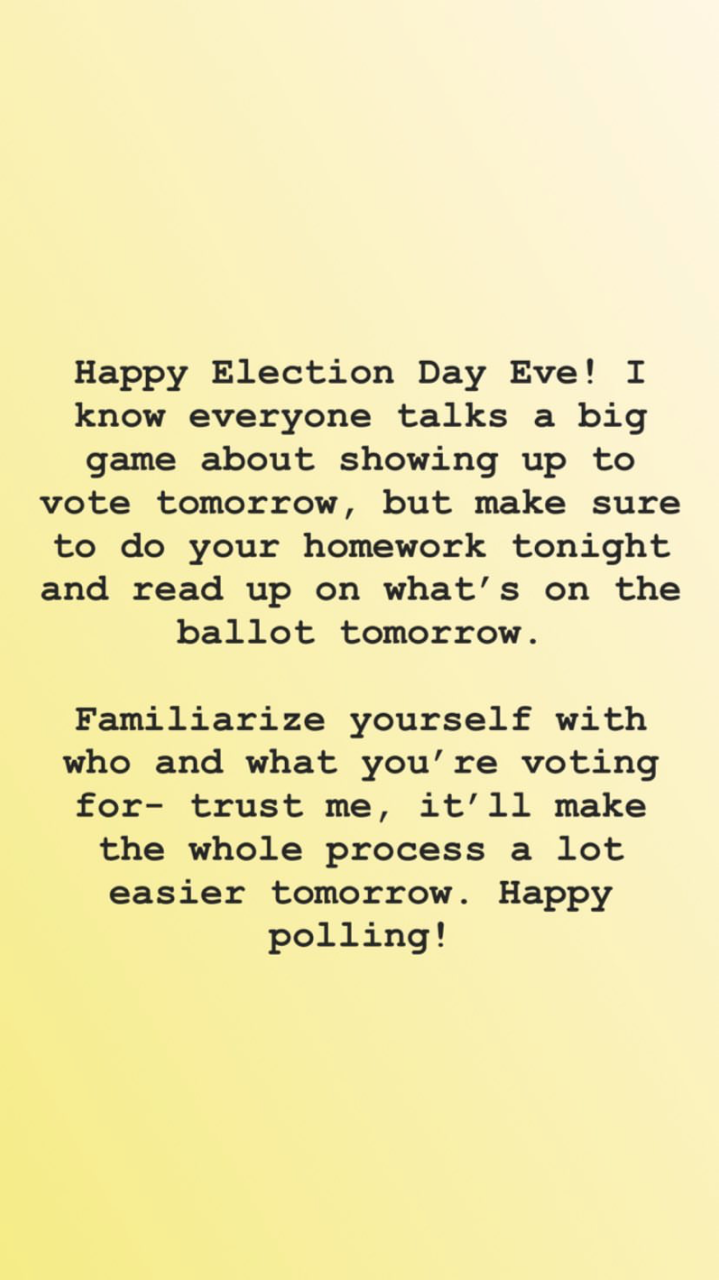 Been meaning to post this, but was just so busy and running on very little sleep.  Again, better late than never! 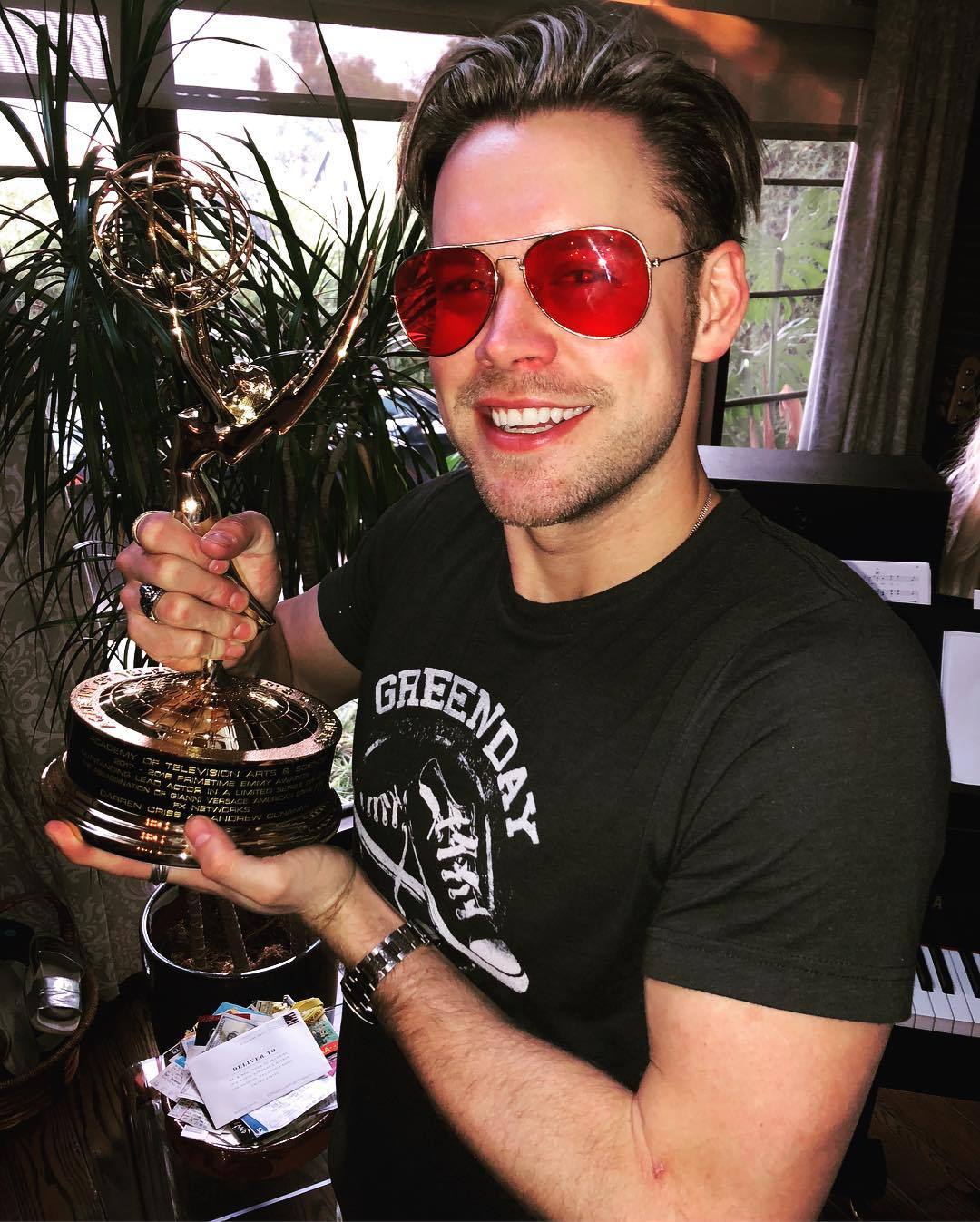 Sorry I haven't been posting much later.  I am fighting off a cold, am busy volunteering with political stuff (run-off for U.S. Senate in Mississippi ) and trying to deal with extended family business.  I may not be posting much for the next few days.   I just feel so tired !!

It's okay, we wish you a prompt recovery and everything

I'm late posting this, but this is really interesting.  Wonder if Darren is doing a Netflix project with Cody and Finn (since Ryan has that giant deal with Netflix). . . we'll find out when we find out!  Can't wait! 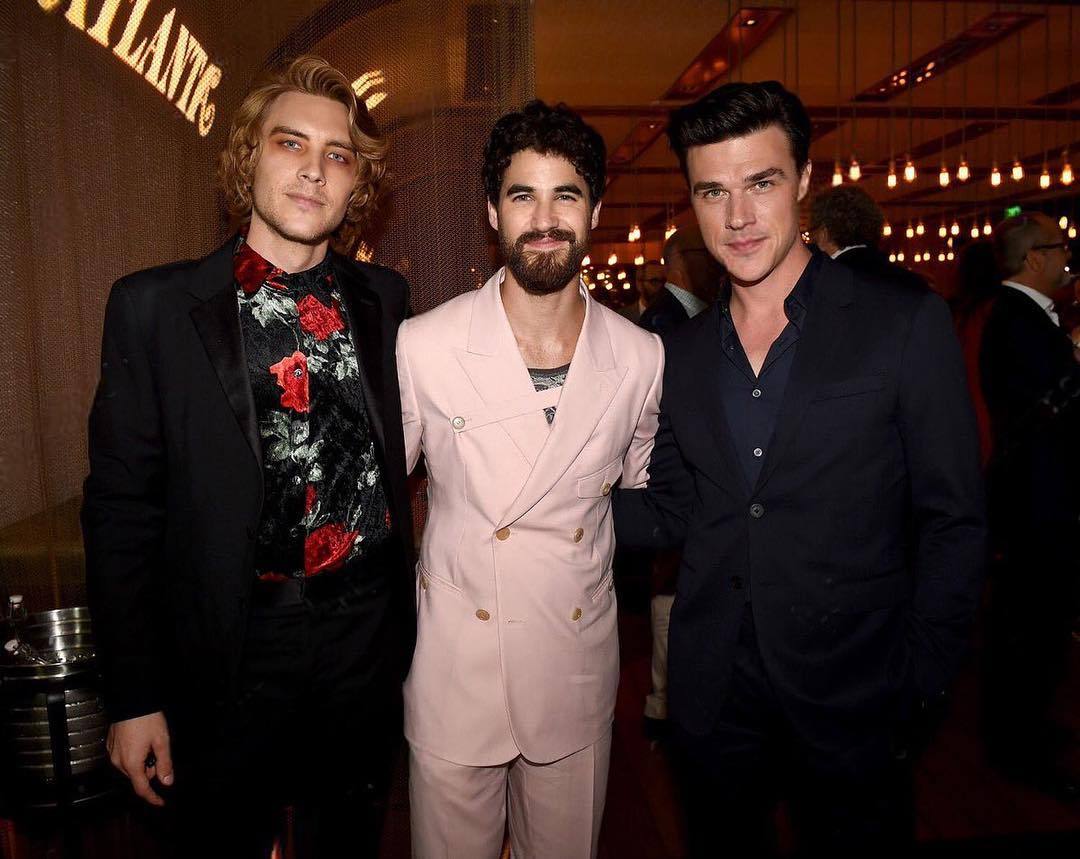 mrrpmurphy Cooking up something good for these three… 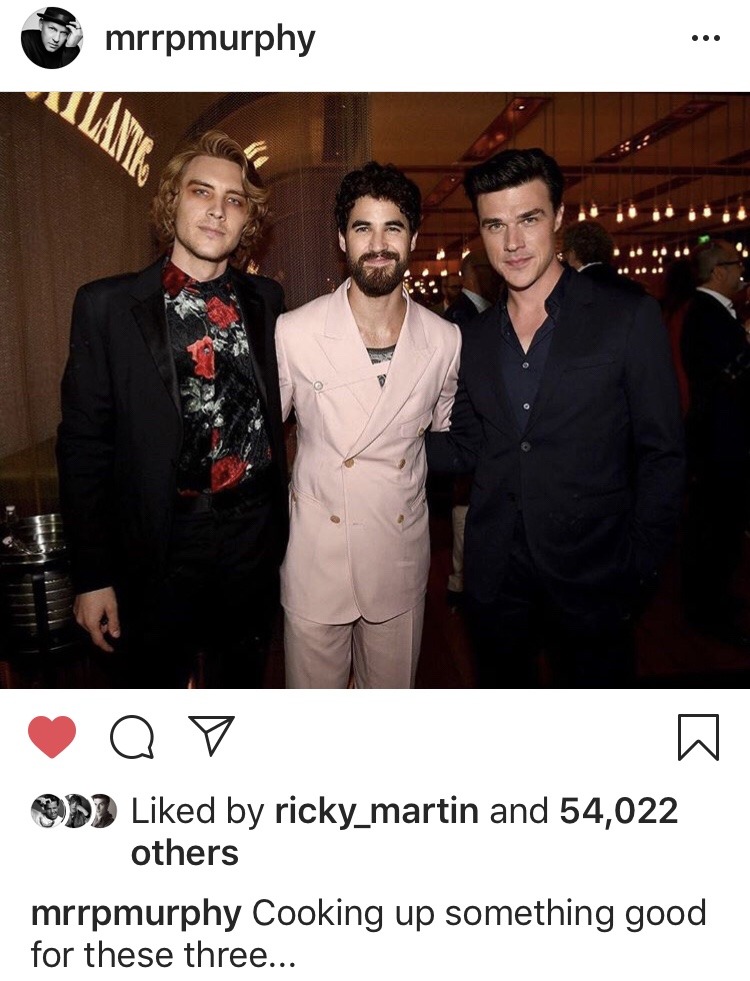 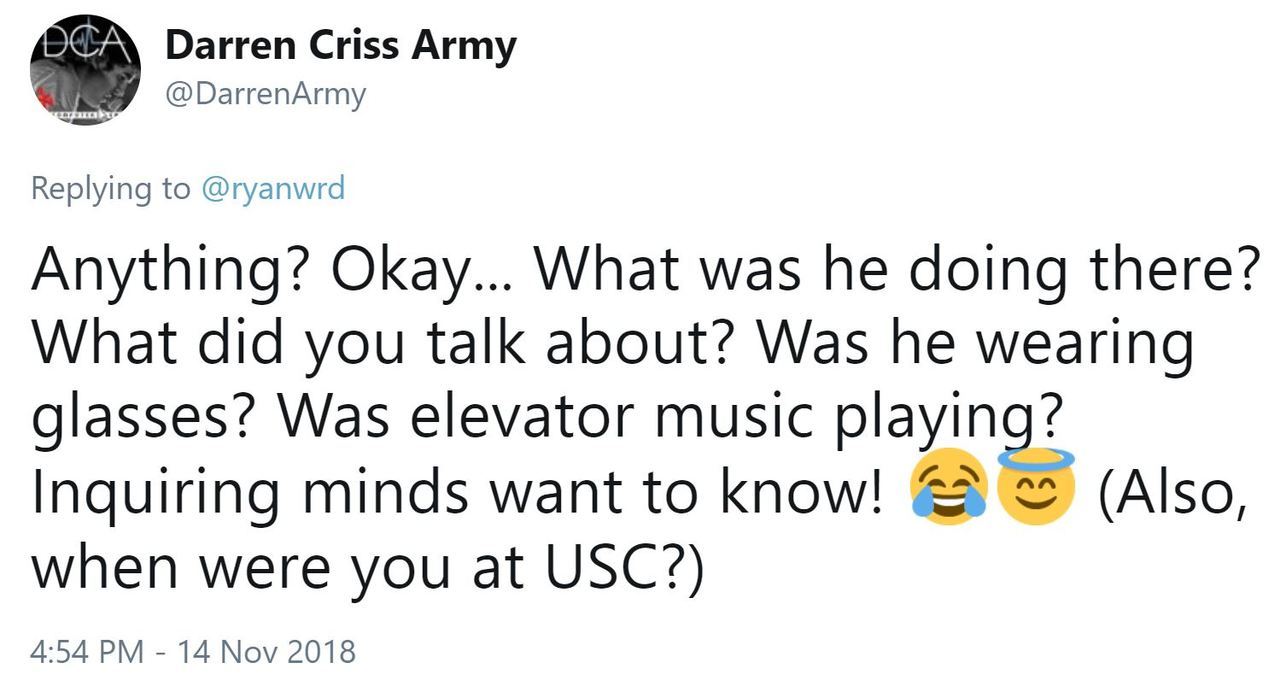 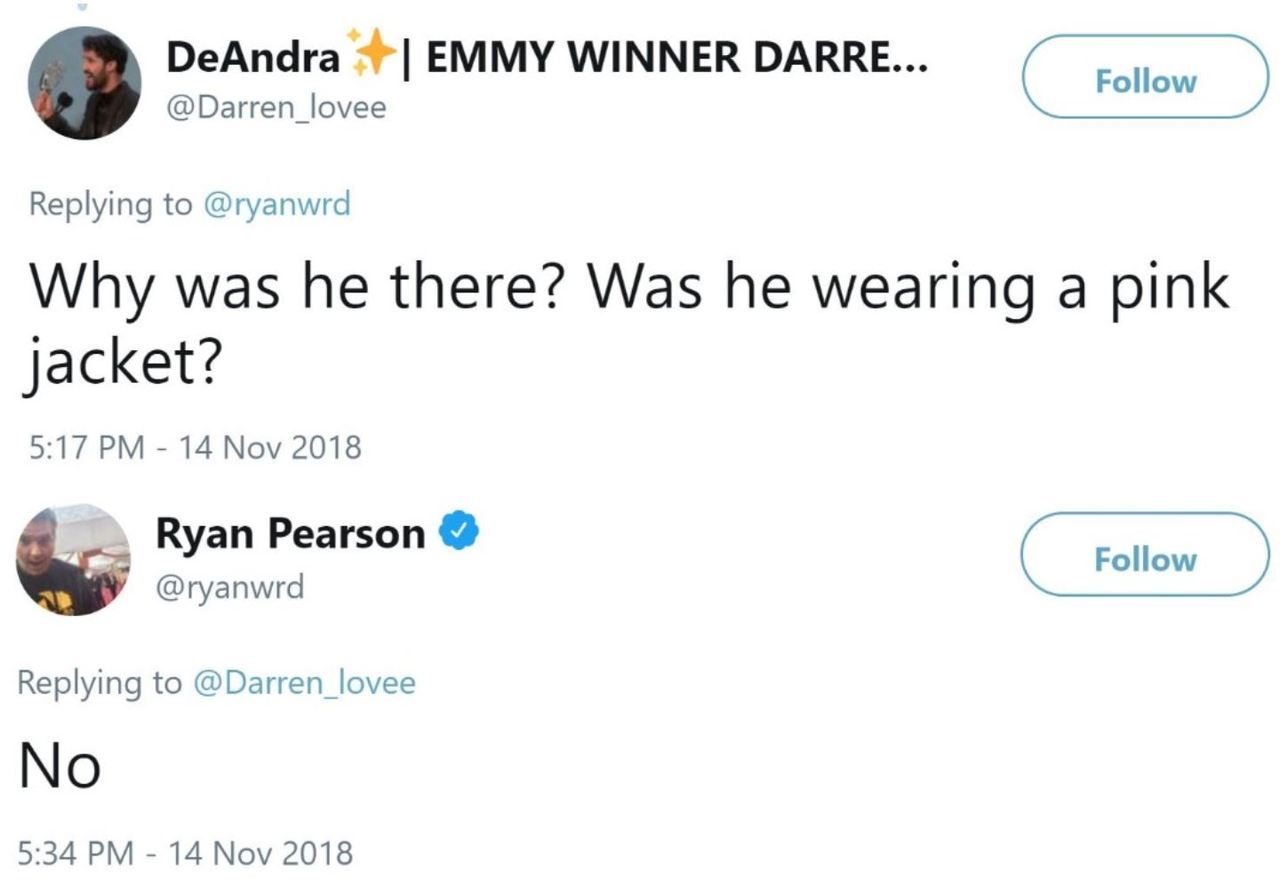 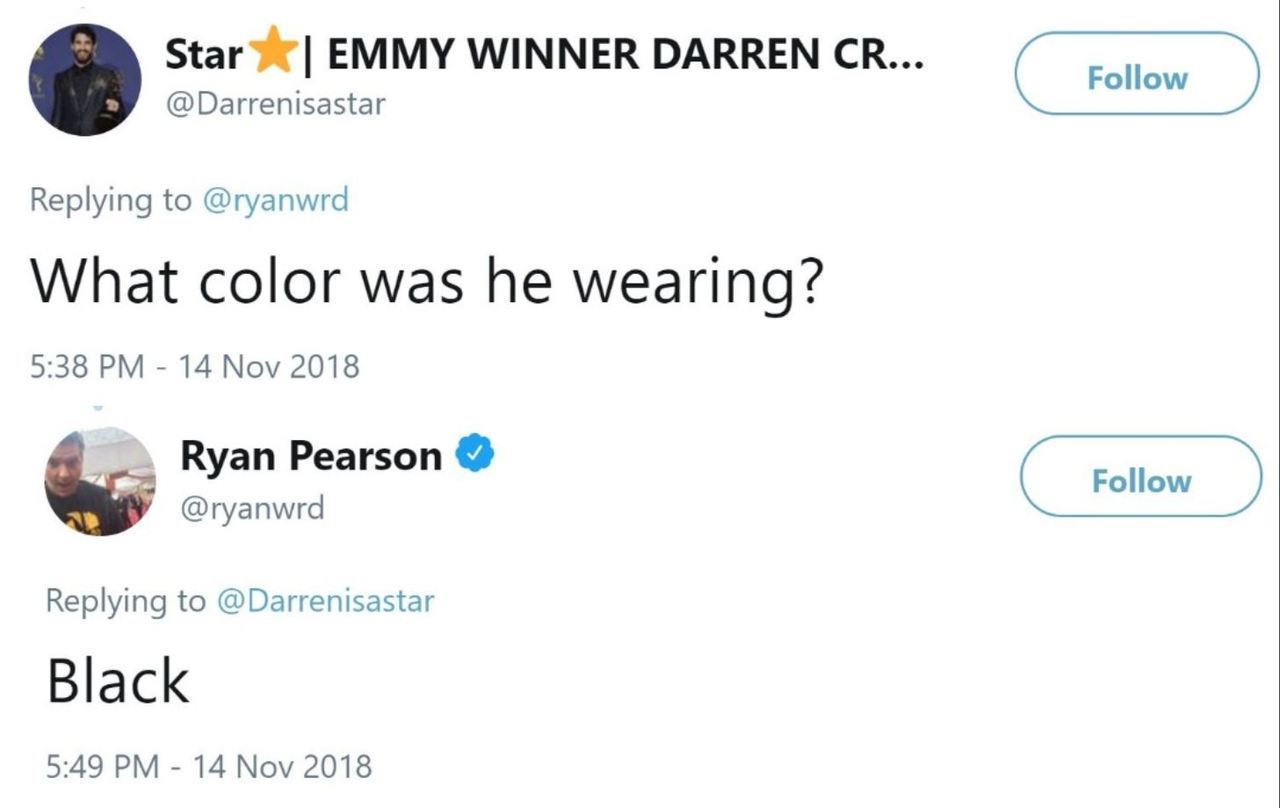 Jane Lynch, Darren Criss, Meghan Trainor and Raphael Saadiq have joined the upcoming NBC special, A Legendary Christmas With John and Chrissy, and they'll be showing off their pipes, ET has exclusively learned.

Do you imagine ? You open your door and Darren and other guys begin to sing for you

Darren in a Netflix series or movie by Ryan Murphy, that would deserve at least a banana smiley

Btw, I hope you feel better

Jeremy wrote:Do you imagine ? You open your door and Darren and other guys begin to sing for you

haha!  Hard to imagine how I would react if I saw Darren, Jane Lynch and John Legend singing to me!

Jeremy wrote:Darren in a Netflix series or movie by Ryan Murphy, that would deserve at least a banana smiley

ha!  The only reason why I didn't use the dancing banana guy was because I'm not very sure yet if a new Netflix show is what Ryan's instagram message meant.

I guess Darren, Finn and Cody could also be on a non-Netflix show, like AHS (which I would have a harder time watching because horror shows in general tend to scare me), but given that that entertainment journalist also saw Darren at Netflix does make me lean toward a new Netflix show.  Is that your guess too?

So yeah, you're right, this deserves the dancing banana!

I am feeling better!

How are you doing? 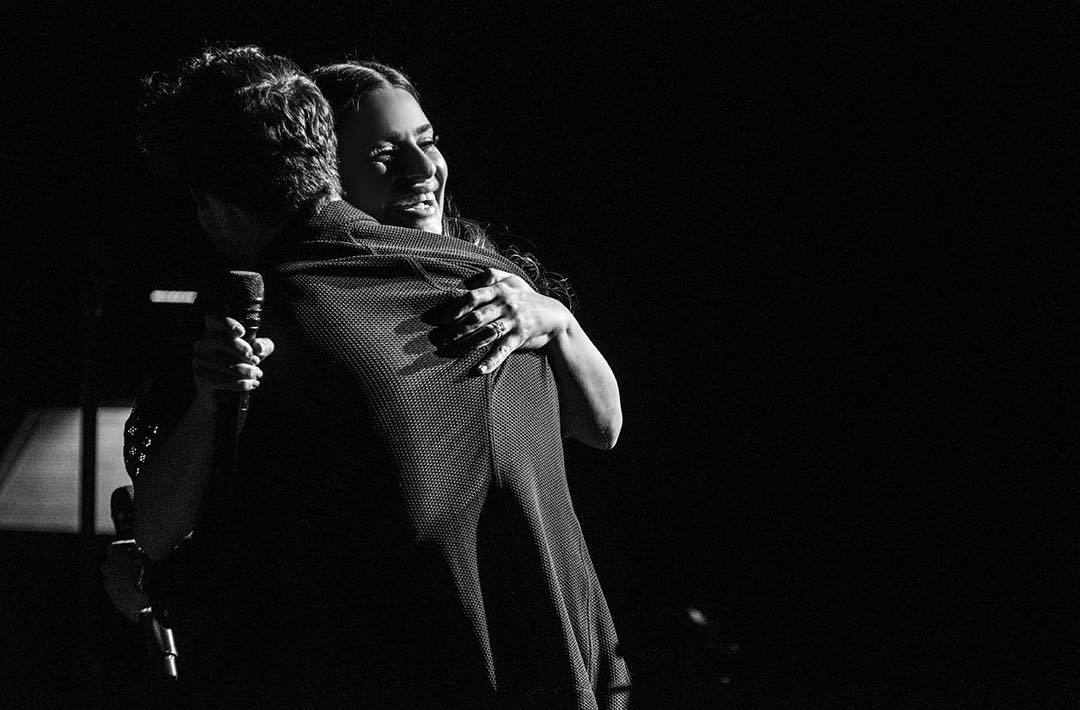 I don't see a lot of reasons for the fact he was at Netflix. Maybe it's about putting Royalties or even Smitten on Netflix, idk. But Ryan's tweet pushes me in the direction of a role in a Netflix original. Of course, it could be AHS but that would also be a good news for me

2019 could be a big Darren year on the acting side

Jeremy wrote: But Ryan's tweet pushes me in the direction of a role in a Netflix original.

I agree with this!  Ryan's message is everything, right?  Otherwise, Darren's presence at Netflix could be related to Smitten!, as you said.  (Not sure about Royalties, because I thought that was a possible Fox project?)

haha.  Yes, I remember you are a fan of AHS.

Jeremy wrote:2019 could be a big Darren year on the acting side

I don't remember the details about Royalties but, in the case of Smitten, I don't think Darren is co-producer or something like that and I don't think Netflix talks with the cast when they think about putting a movie into the catalogue.

Btw, following our discussion from the other day, I hope Darren has heard about the last D&G controversy and won't sit at their table next time.

Yes, of course you're right about Smitten!

Thanks for letting me know about the controversy of the Dolce and Gabbana ads.  I don't know if Darren is aware of the latest controversy, but if he is, perhaps he will pause to consider how sitting at their table will reflect on him.
_________________

Regarding the John Legend and Chrissy Teigen Holiday Special:

Chrissy is so funny--she was rooting for Darren to win (not her hubby).

Sorry for my brief absence.  An extended family issue came up.


Nice to see Darren and Jane together again. 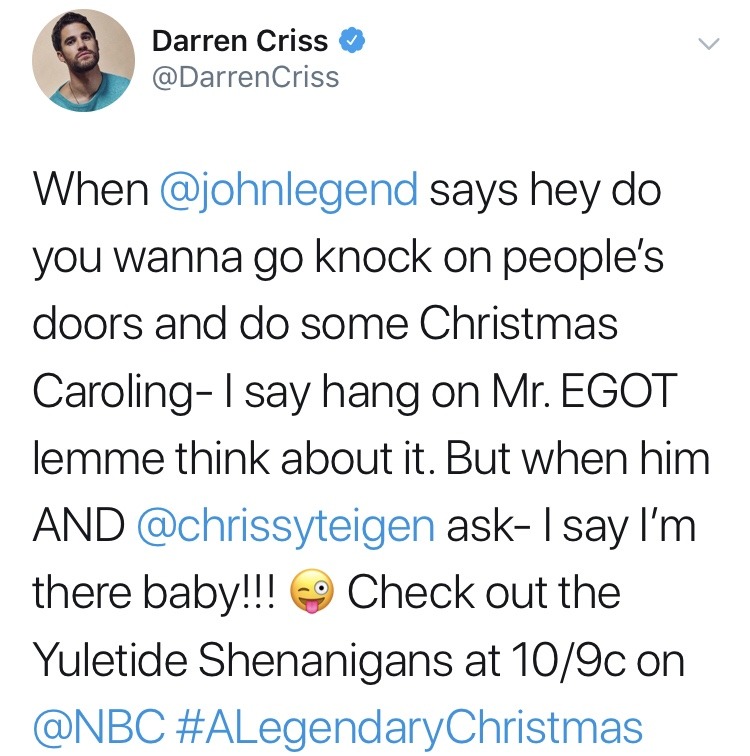 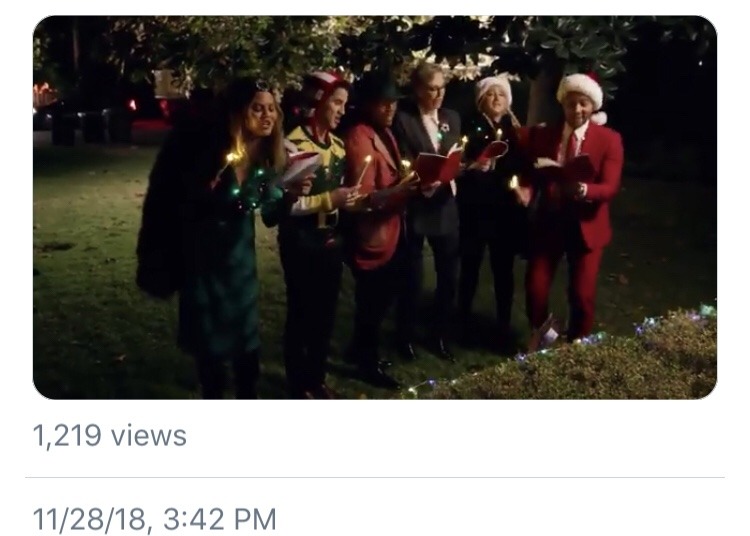 Sorry, for not posting, extended family drama and being sick are my excuses.  It's not fun to be sick.

So tomorrow, January 6, the Golden Globe nominations will be announced.  Many media sites are predicting nominations for ACS Versace, including for Darren in the category of Best TV Movie/Limited Actor.  You can watch the nominations on the Website for the Golden Globes, or on their Facebook  at 8:05 a.m. ET/5:05 a.m. PT.
https://www.goldenglobes.com/

Congrats to Ryan, Darren, Edgar, Penelope, and the cast and crew of ACS Versace for their 4 Golden Globe nominations today!

"My dream in life was just to be able to be myself which I know many people relate to. . .  to say what I wanted to say, to create stories that move me, to tell stories about women, older women, gay people and trans people and flawed men, and that dream did come true."  Aw, beautifully said, Ryan.  And he's so funny, especially about his kids!

Advocate wrote:
Out TV Icon Ryan Murphy Is Now a Star on the Hollywood Walk of Fame

Murphy — behind LGBTQ-centric shows like Pose — is honored for his work.

Murphy is known creating the hit series Glee, as well as Popular, American Horror Story, Nip/Tuck, The Assassination of Gianni Versace: American Crime Story, Feud, and most recently, Pose, which is notable for its transgender cast and storylines.

"Ryan Murphy is one of the most creative and brilliant minds in television,'' Ana Martinez, producer of the Hollywood Walk of Fame, told KNBC. "His shows open the doors for people to see things they may have never thought of and invites viewers to his world of exhilarating programming." Watch a clip of Murphy receiving his star below, courtesy of Entertainment Tonight.

Murphy's next project, The Politician, is a Netflix original series set to be released next year. Murphy was also recently honored by the Trevor Project (the producer also donated thousands to the LGBTQ youth crisis hotline), and vowed to spend his own money to get out candidates elected to higher office.

Good news for Darren and Ryan, indeed. I'm curious about "The politician".

Aw, thanks Jeremy.  It's good to be back.  I'm not  completely over my cold, but I'm on the mend.

Yes, congrats to Ryan for his Star on the Hollywood Walk of Fame and to Darren for his Golden Globe nom!!  So happy for both of them!!

(haha.  For a moment, I thought you were saying Darren was connected to Ryan's "The Politician" project.)  Yes, I would love to see The Politician.


This is a cute video.  Love it when Darren's whole face breaks into a laugh like this.  Cute!