Note:  I'm still feeling under the weather.  Will try to post pics of  the SAG-AFTRA/BWW conversation with Darren later.  I am enjoying the pics of him at the event and with many fans on Darren Criss Army and d-criss-news.  He's so kind with his fans--love that about him.

This is very interesting!  I'm so happy for Jon Jon--what a great opportunity.  Looks like Jon Jon is becoming a part of the Ryan Murphy family--this is just so wonderful!  And so happy for Finn too!   I thought he did a wonderful job as in ACS Versace.

Ok, is this the project that Ryan had sent that instagram message about?  If it is, does this mean Darren and Cody will be in "Ratched" too?   Guess we'll find out later.  I have no doubt that this will be scary

.  Hope I'm able to watch without getting too scared.  I did really like One Flew Over the Cuckoo Nest.

Paulson will star as the title character, while Filipino actor Briones will play the head doctor at the mental institution where she works. Wittrock will play a violent criminal who shares a secret with Nurse Ratched. The latter actor has been a Murphy regular ever since working with him on The Normal Heart. He has since played multiple characters on American Horror Story over the course of three seasons, and he was solid as Andrew Cunanan’s doomed love Jeffrey Trail on the second season of American Crime Story. It was while watching Versace that I was introduced to Briones, who as I wrote in my review, was “utterly fantastic” as Cunanan’s father. Briones parlayed his two Versace episodes into a recurring role on the latest season of American Horror Story, but I’m thrilled to see him land a lead on Ratched, because I think he’s a wildly talented actor.

Have you heard about his interview (to Bustle, apparently) where he says he's done with playing LGBT characters (because he wants LGBT actors to play them) and thinks Glee shoudn't return if it's not a show with new actors ? I don't remember seeing that over here but I may have missed it.

I didn't say a lot about that article, but I mentioned it in the ACS Versace thread:

@Poppy wrote:
I'm short on time, so I only skimmed this article, but I thought Darren did a good job on articulating his reasons for being reluctant to take on another LGBTQ role.  The way I interpreted his words is that it's an issue of representation, which is crucial.

I think if they do Glee reboot--they either should have a special TV episode (like Timeless is having) with the cast over the various seasons, . . . or if they are doing a series reboot (like Murphy Brown, Twin Peaks, The Odd Couple, Hawaii Five-0, Magnum PI--all reboots), then they should have a new cast, but have the old cast over the seasons visit for guest appearances.  I don't feel strongly one way or the other--which is sorta weird because I loved Glee.  It's just that the cast of the early seasons are in their thirties now, and many of them have moved on with their lives and careers.
_________________

A Glee reboot with new characters and cameos of the old actors is actually what I hope for.

Oh, no problem, Jeremy.  A lot of times, I'm not sure where to put articles about Darren.

I've been so busy, so I can't say with 100% certainty that I am aware of all the positions of people who seem to to have a problem with what Darren said.  Some seem to me to question his sincerity or his motives?  (To those folks, I say, well, I wasn't aware reading-minds is a real thing . .  . ?  Got any evidence to back up your claims he was not sincere?  Or are you confusing  your "hunch" with a fact?)

In any case, Darren did not say anything politically incorrect.  But I can see that some non-LGBTQ folks in particular would be threatened and feel defensive about Darren's position.  I've seen similar reactions when it comes to affirmative action for minority groups.  That said, it doesn't mean just because non-minority folks are experiencing defensiveness, that their opinions are superior or the only "right" position on this issue.

This is a complex subject that needs to be discussed without accusations of negative motives targeting those who have a different opinion.  Not everyone will always be in agreement on a complex issue like this.  And just because one disagrees, it doesn't mean he is being disingenuous and hiding a negative motive.

And these are my personal thoughts/opinion:  It's one thing when a minority group has an issue with what a celebrity has said about their community.  It's another thing when the majority group, out of a feeling of being threatened and thus feeling defensive, feels "wronged."   And I'm sure many will disagree with me, which is their right, just as I have a right to disagree with them.
_________________

Happy Holidays to everyone!

Guest
Happy Holidays to you too Poppy, and also to all the other members of this wonderful forum of Darren love!

I put my Christmas wishes in the chat forum, but one can never have too holiday greeting and well wishes, right?!

And these are sure to make any heart smile!

And of course this little goodie: 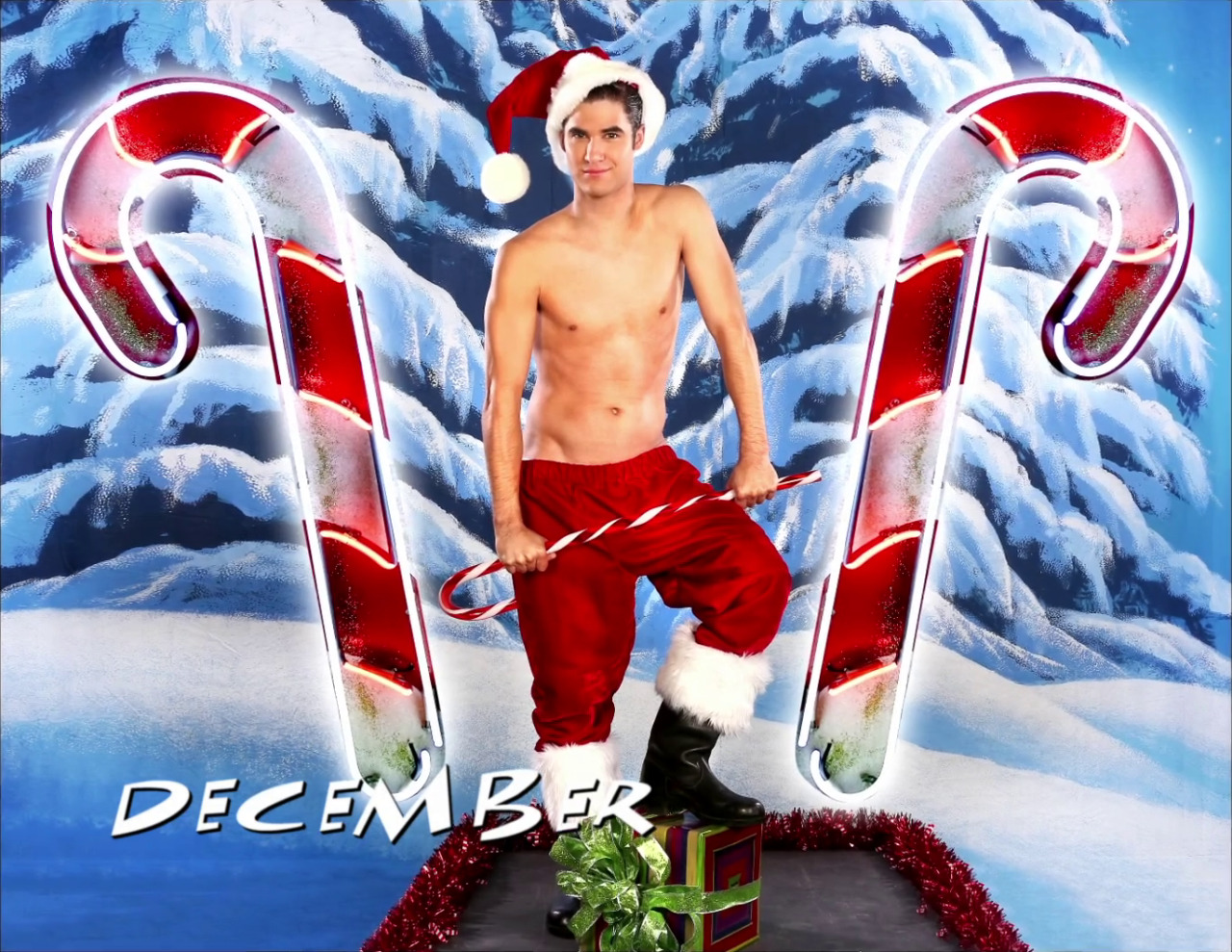 And for the other HP-Loving fans out there:

Thanks for posting in the chat section, Lilikoiluv, and you too, Jeremy.

I love those gifs, Lilikoiluv.  That outfit that Darren wore on the John Legend special was so funny. He looked like an elf --I think I saw there was a thick belt as part of the outfit, like an elf-assistant to Santa would wear.

It's that time again. 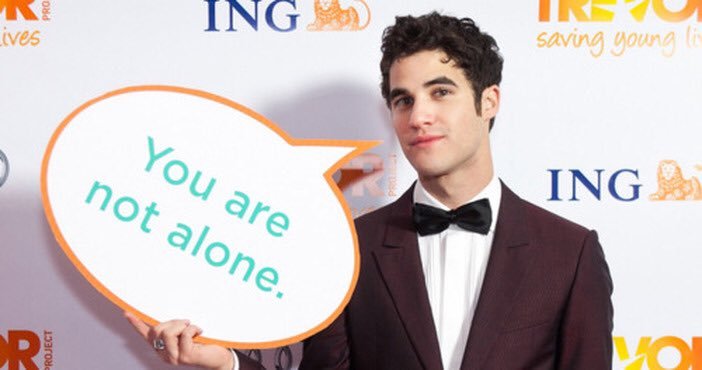 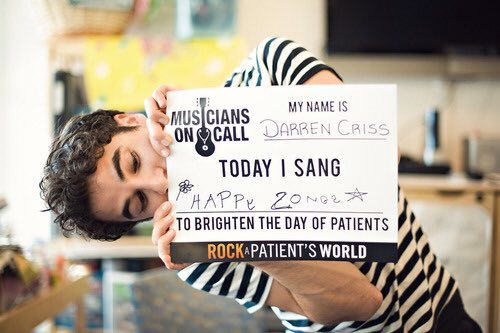 Join us in celebrating Darren’s birthday by making a donation to The Trevor Project or Musicians on Call! Our goal this year is to raise $3000 between the two charities!

Donate to Musicians on Call HERE