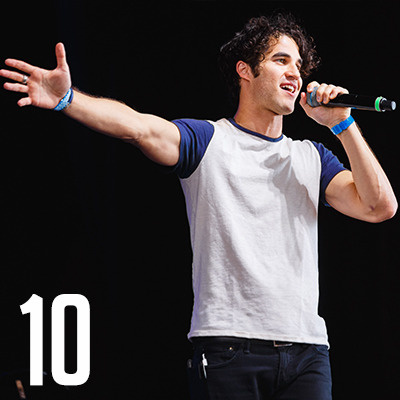 The Fans Have Spoken! The Top 10 Broadway Stars Who Should Host Saturday Night Live
Happy Tuesday, Broadway fans! Hamilton mastermind Lin-Manuel Miranda rocked Saturday Night Live on October 8! (We’re still laughing about “Crucible Cast Party.”) In honor of Miranda’s epic SNL stint, we asked the fans which other Great White Way star should get their shot at hosting the iconic show. Whose opening monologue would get the most applause? Whose impressions would actually make you laugh out loud? Who would photograph super well in those signature SNL stills? Check out your top 10 below!
#10 - Darren Criss