I had posted this pic from dailydarrennews, but I found this info about Asia SF from gleekto and gottalivealoha.   Very cool. 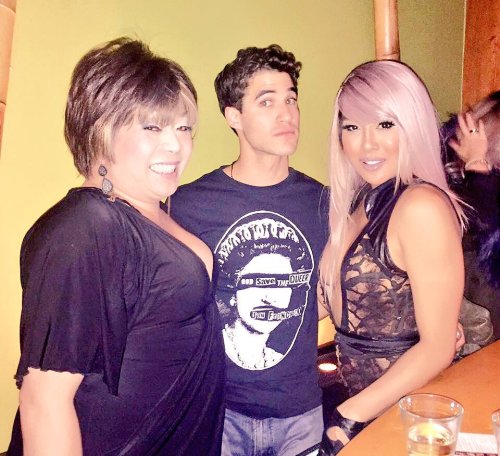 This restaurant-lounge-dance club quickly became a San Francisco entertainment landmark. A true celebration of diversity – many believe AsiaSF is the ultimate San Francisco experience. Our world famous transgender stars – the beautiful and talented Ladies of AsiaSF –  have always been the focal point of the AsiaSF experience.  Every evening, these divas serve you superb, critically acclaimed Cal-Asian cuisine and perform hourly atop the Chinese Red runway bar. Since opening, over 750,000 guests have experienced the warm welcoming atmosphere that makes AsiaSF a never to be forgotten evening. We are proud to bring this positive, trans-awareness experience to guests of all ages from everywhere in the U.S. and the world.
(via gottalivealoha)

This is a cute pic.  She has pics on her instagram which also are tagged Asia SF. 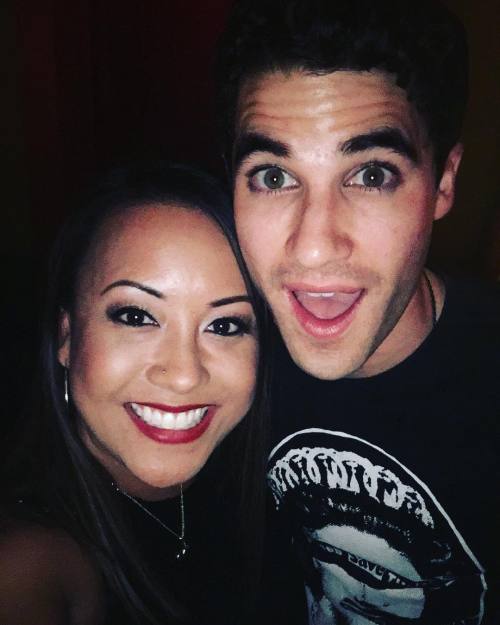 Thanks for the answer about Snapchat, Lilikoiluv!

Cute pic!  He does look relaxed and happy!

Lilikoiluv wrote:
Here's one of my favorite pics from yesterday's stage door: 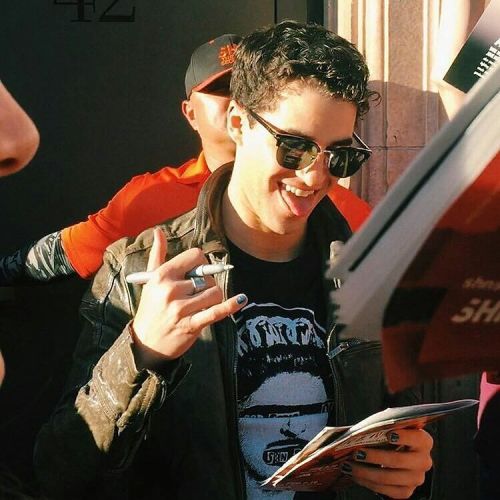 [size=15]darrenarmy#Repost @raziiel12
sad he couldn't take pics, but he is so talented and the show was so so so good!!#darrencriss  [/size]
x


Darren looked so happy and relaxed at the stage door yesterday. I'm amazed that he could do that after such an intense performance.  But then again, he is Darren Criss.

ha!  Darren is so full of energy, that not only did the intense performance of Hedwig at the preview and doing stagedoor not make a dent in his boundless amount of energy (he is the Energizer Bunny after all), but he went to an event after.  That's Darren.

He has a day off today, so he could sleep in.


Note:  I saw the above pic at Asia SF last night and thought:  "Wait, this can't be taken today.  He has got to be too tired."  But I checked the date on the tweet and yup, the tweet was dated last night at 11:20 pm.

I enjoyed reading the comments from sacteachv2.  Thanks for posting.   It's nice to get confirmation that Darren is doing the SF and L.A. stops only.  I was wondering if he was going to do the San Diego location, but I guess not.   And I agree, Lilikoiluv, Lena easily could change her mind if she wants later in terms of extending her shows.  Glad she had a good dress rehearsal.

Cute pic from Mia's snapchat.  And yes, I like that "Like the brightest star" symbolism on her dress!

Thanks for the spoilers, Lilikoiluv.

**SPOILER ALERT**
I especially liked how he changed the James Franco line.  We know people were thinking it, so hey, let's be upfront about it.

And I like how he is using a different reference to Glee too, with the Lea comment.  New jokes keeps the show fresh.


I like khal-blaine's tumblr.  She's a big fan of Darren.  So glad she could go to the preview show and how nice that she shared with the rest of Darren's fans.

Another video of Darren at stage door for the preview day (yesterday).  The audio is clearer in this video:

Darren’s speech at stage door after the opening performance of the Hedwig tour on October 2nd, 2016 | source