Not any detailed reviews, but some nice media coverage and photo galleries:


This is a light, fun piece, with really nice pics.  I only am including an excerpt.

Last summer, Broadway alumnus and Glee heartthrob, Darren Criss, created a concert festival geared towards lovers of Broadway and the theater — he called it Elsie Fest. Fans flocked to buy tickets for Tony Award-worthy performances from the likes of Laura Osnes, Aaron Tveit and Darren Criss himself.

On September 5, the Elsie fandom reunited for the second installment of what has become an annual musical theater gathering, featuring stars from across the Broadway spectrum. (Think: Darren Criss, Corey Cott, Tituss Burgess, Megan Hilty, Lena Hall.) Named for a line in the song “Cabaret” from the musical of the same name, this festival paid tribute to its updated location at the Ford Amphitheater on the Coney Island Boardwalk by assuming a larger title — The Great Elsie Fest Musical Extravaganza

This year, NewYork.com captured 11 Elsie Fest moments that tore our fangirl hearts in two and imbued us with pure excitement and glee. (See what I did there?) 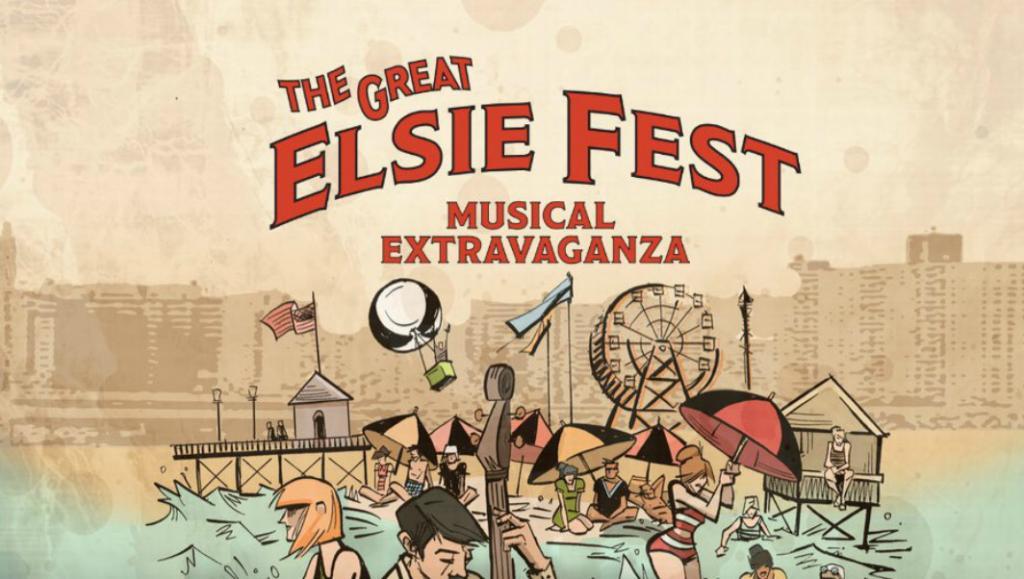 Elsie Fest celebrated its second year last night at the Ford Amphitheater on Coney Island and it was pure magic, to say the least. Co-creator and producer Darren Criss brought audiences to their feet with his unexpected choice for last song – Nirvana’s “Smells Like Teen Spirit”. A rock song at a musical theatre festival wasn’t the only highlight of the night. Here are our top 6 favorite moments of the night!

During his set, Criss began to sing “Journey to the Past” from the 1997 film Anastasia. He then proceeded to tell the audience that his voice isn’t high enough for the song and introduces Liz Callaway, the voice of Anastasia. Audiences went absolutely wild. Talk about blast from the past for all the ’90s kids!

If you missed this year’s Elsie Fest, don’t stress! Nothing is confirmed yet but we’re sure Criss is already planning next year’s festival and it will be just as incredible.

Who’s going with us next year?

The second annual Elsie Fest, a one-day outdoor music festival celebrating stars and songs from the stage and screen, took place yesterday, Monday, September 5th, at the Ford Amphitheater at the Coney Island Boardwalk. Below, watch host Darren Criss perform "Journey to the Past" from ANASTASIA with Liz Callaway, who sang the original version for the animated film!


Photo gallery, courtesy of Broadway.com (click on title below): 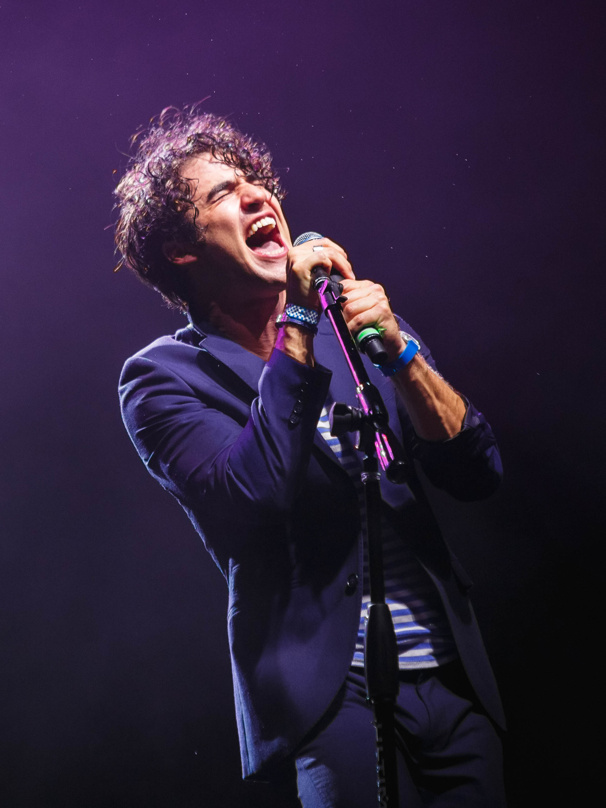 A couple of comments from BroadwayWorld message board.

Here's my review of the day:

Megan Hilty:  Reliable performer who consistently knocks it out of the park.  Why is she not a bigger star?  She is a true belter who plays up the "blonde" shtick, and it works for her.  Saw her with the Pops recently, and it was pretty much the same thing.  I'm a fan.

Titus Burgess:  Way more versatile than I expected.  His voice is straight out of the church, but he did a rendition of "Summertime" that was jazzy and smooth and a powerful version of "What's Goin' On" after urging everyone to vote.

"Stranger Things" boys:  Not a whole lot to report.  They came out and did "Fugue for Tinhorns" with Darren Criss and then each did their own numbers with their sisters.  It was cute for what it was, and the boys have nice voices.

Corey Cott:  Adorable and goofy when speaking, but when he sings, he exudes confidence.  Of course "Santa Fe" was great, but he did "One Song" from Rent, and I think that was personal favorite.

Julie James:  She has a nice voice, but she attempted to scat in her soprano, and it was a very bad decision. I like her, but her constant peppiness is a bit much and we know by the fifth time she mentions it that she is on Sirius; no need to state it another five times.

Todrick Hall:  Bizarre going from Julie James to Todrick.  I had never heard him until tonight, and I'm sold.  It was high energy, fun songs, and a beautiful romantic duet with Darren Criss.  Won me over.

Rebel and a Basketcase:  Oy.  This lasted way longer than it should have.  I understand that they're Darren's friends and he wanted to have an eclectic group of performers, but at a musical theater festival, there should be musical theater songs performed.  I'm fine if you want to mix in one or two of your own, but their entire set was their own alternative indie rock music.  And it didn't end.  I actually didn't hate the music, but this was entirely out of place and tedious.

Pasek and Paul:  This was the highlight of the night for me.  They sang some of their own songs and brought out Lindsay Mendez and Cynthia Erivo for some of the others.  I cannot wait for Dear Evan Hansen, especially after hearing Pasek sing "Waving Through the Window" and Cynthia Erivo singing the act I closer.  Their music is so melodic.

Jason Robert Brown:  Well, he seems like an interesting one.  Clearly a fan of himself.  The man is talented, so I get it.  He sang a bunch of the songs including "Moving Too Fast," "I Love Betsy" and "It All Fades Away."  Cynthia Erivo came out to do one from Last 5 Years also.

Lena Hall:  Similar to Rebel and a Basketcase (although not to the same extent), she and her band sang lots of their own rock tunes.  She did a couple of radio-friendly songs including "I Believe in a Thing Called Love" and of course sang "Origin of Love."  The girl's voice is sick, but way too much rock for me.

Darren Criss:  He is so enthusiastic about musical theater and it's infectious.  Liz Callaway came out to sing "Journey to the Past" with him, and he sang a bunch of other great ones including "Cabaret" (couldn't pass up the "Elsie" lyric nod).  Have to hand it to him for putting a wonderful day together.

Overall, the day was lots of fun.  There were some great performances at the piano in between sets including Laura Osnes and little Alison from Fun Home doing "Ring of Keys."  The place was easy to get to and the seats were fine.  Food and bathrooms didn't have long lines either.  I'd go again next year.

Then this person responded:

darquegk wrote:
I like that this event exists, even if sometimes it is uneven.