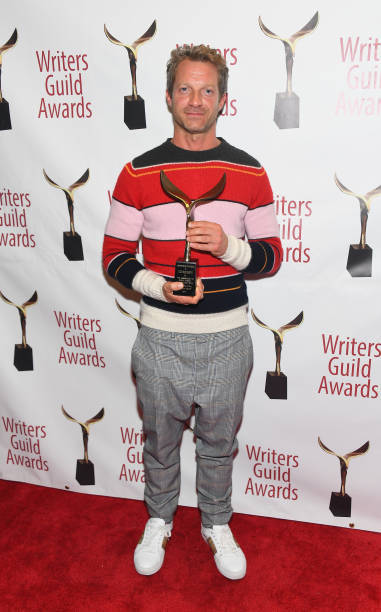 
Ryan Murphy received the Distinguished Collaborator Award.   (He's a trailblazer who fought for representation in Hollywood.)

The fashionable set arrived at the Costume Designer’s Guild Awards on Tuesday. . .

On stage with Eyrich to present the award to [Ryan] Murphy, Sarah Paulson . . .

Paulson said of Murphy: “He has made an incalculable number of people feel seen, heard, held and celebrated by reminding us that we are so much more connected than we are divided.”

“The very fact that I have this career is a miracle,” said Murphy. “I was starting out in this business in the late 1990s, and it wasn’t easy for me. I was told not to follow my instinct, to be something else. I was too weird, too unusual. It was painful to be discriminated against and not liked because of what I wanted to do, which was very simply to see myself and my experience in life on television. I never saw a triumphant or, at the very least, a complicated gay character on television or in the movies as a child or a teenager. They were always marginalized, punch lines at best. They were beaten for who they were.”

He continued, “Back in 1999 when I first started, I decided I wanted to create representation and, wouldn’t you know it, my very first network argument was over a costume. Leslie Grossman was playing Mary Cherry and wearing a fur coat as a way to sum up her ambition and dreams. The costume is purely made of character, after all. The network executive responded, ‘Change that, we don’t do that on the WB.’ I asked why and he said, 'because [fur coats are] too gay.’ It was then that I began to clean up and pack my office and perhaps leave the cruel world of show business. But they asked me to please stay. I honestly believe that [it’s because] I didn’t back down from that one fight about vision and style that I’m here today.” 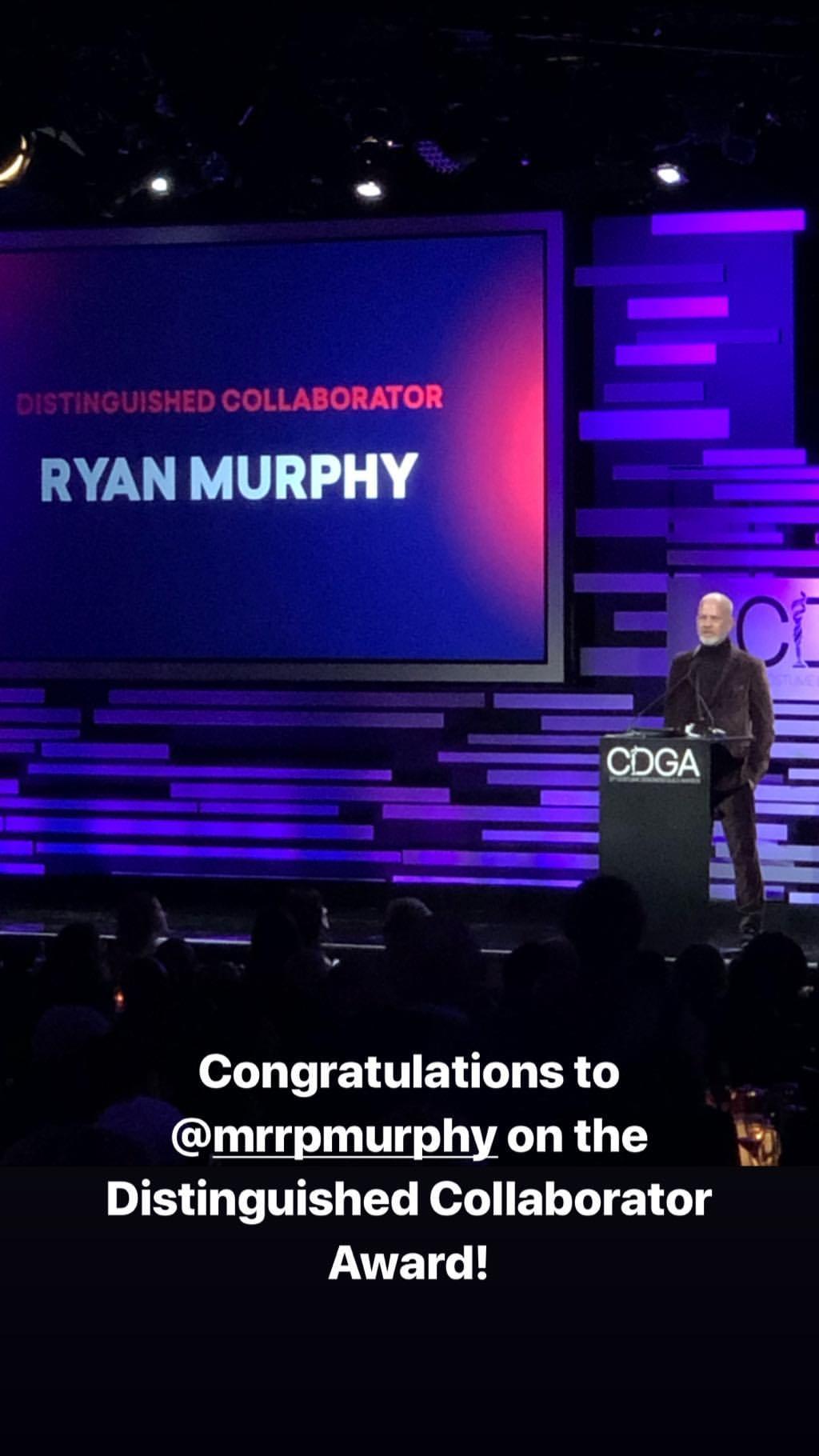 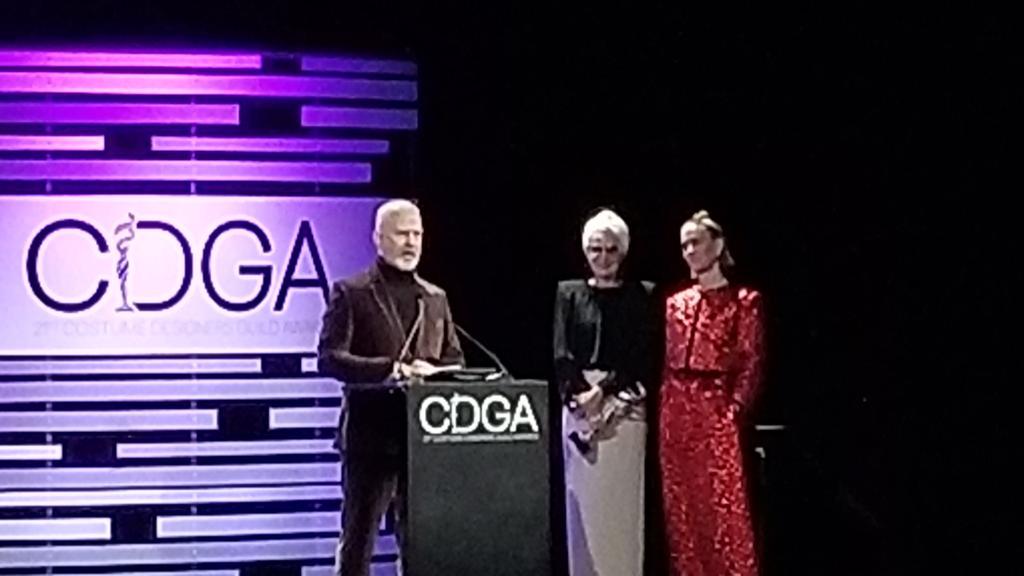 @teribond: Audience enraptured as Ryan Murphy shares about his early years in Hollywood while being honored as Distinguished Collaborator. He pushed through costume designer becoming a producer! @costumeawards @cdglocal892 #CDGA 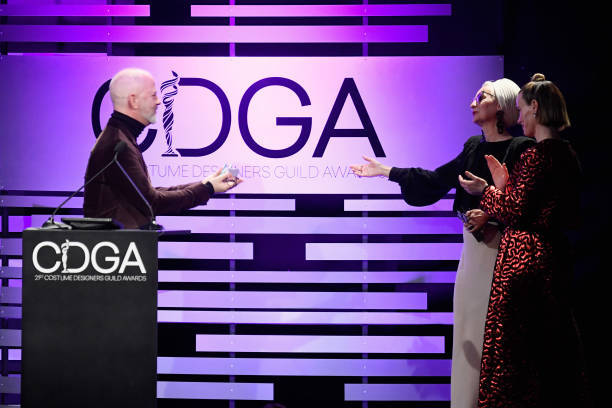 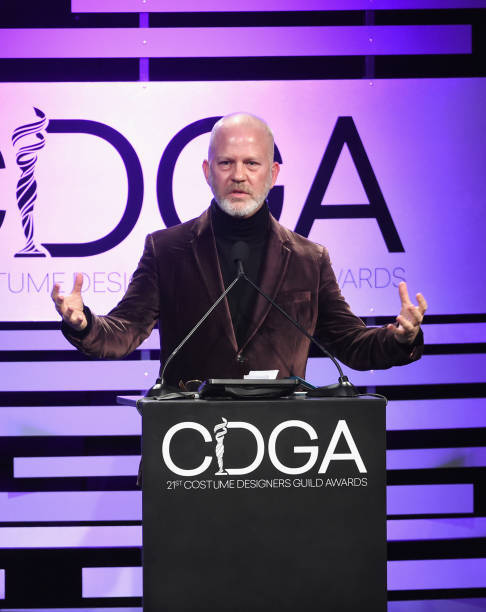 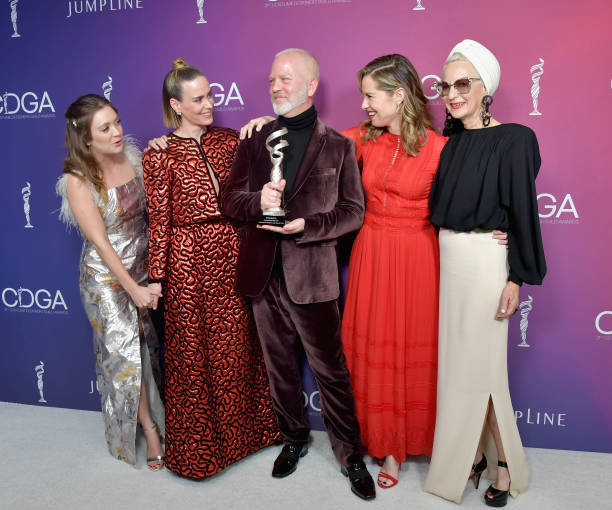 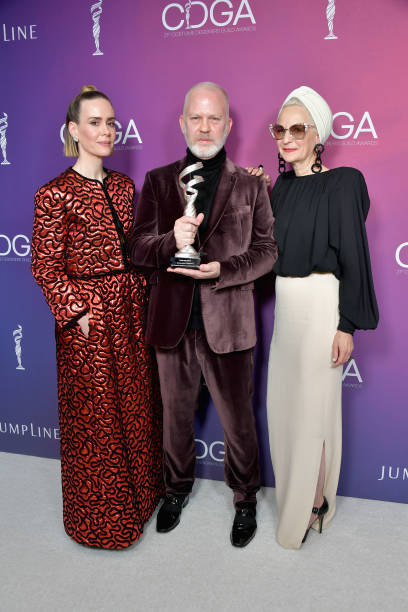 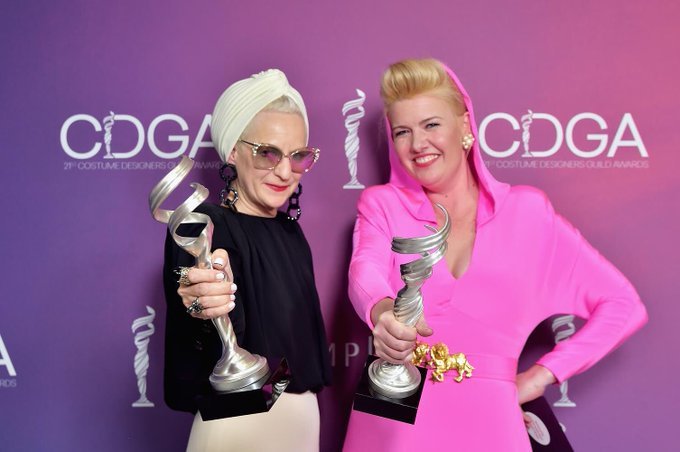 @CostumeAwards: The fabulous Lou Eyrich and Allison Leach strike a pose with their awards after winning Excellence in Contemporary Television for The Assassination of Gianni Versace: American Crime Story #CDGA #CDG892 : @stefaniekeenan