Thanks for posting that, Lin.  I would think that it has to be more than coincidence.  Maybe someone /some folks did this as a nod to Glee fans, especially since many of Darren's fans are Klaine fans (and Melissa and Grant have their Glee fans as well)?   I'm glad it made some fans happy.

Today's the day, folks!  Don't forget to tune into The Flash on the CW tonight, to see Darren as the Music Meister!   Also tonight, Darren is on the The Late Late Show with James Corden on CBS.   So many goodies for Darren's fan!

Hope this works for international fans:

marysocontrary1:
The Flash - Inside Duet

I love this graphic! 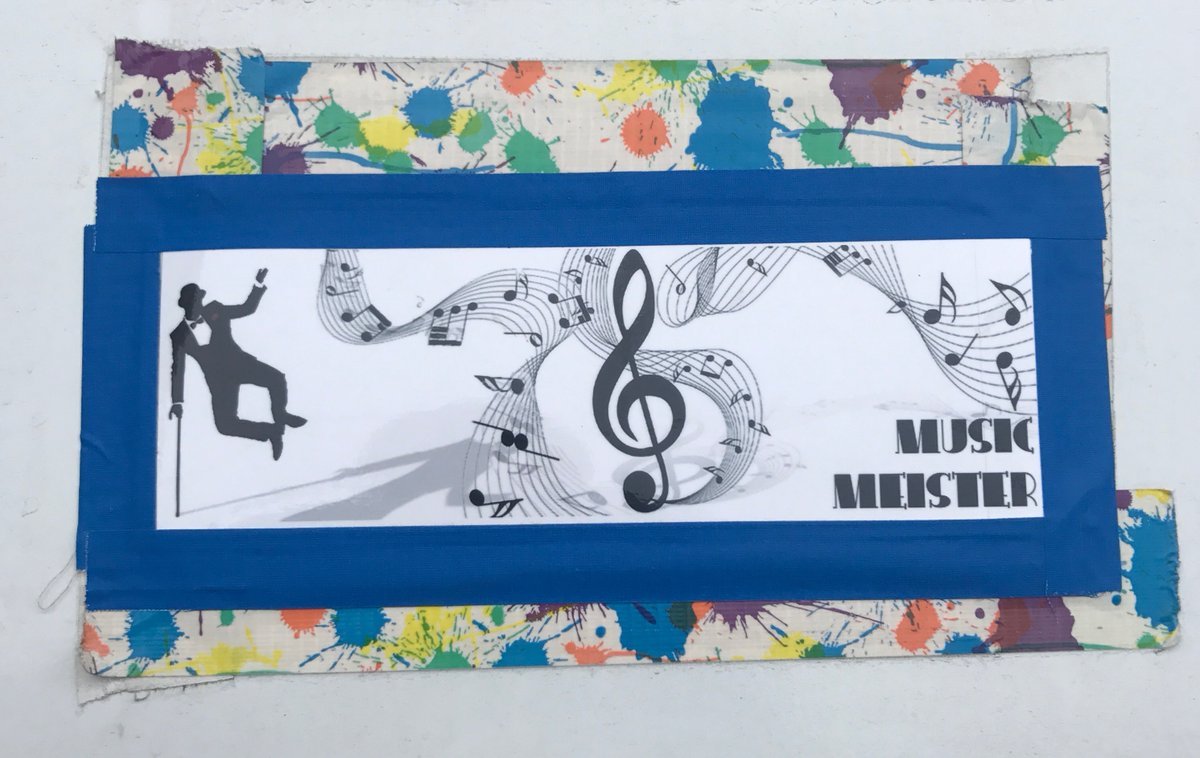 @DarrenCriss  So according to this sign on my trailer door, Music Meister is… Blaine with a cane? @CW_TheFlash 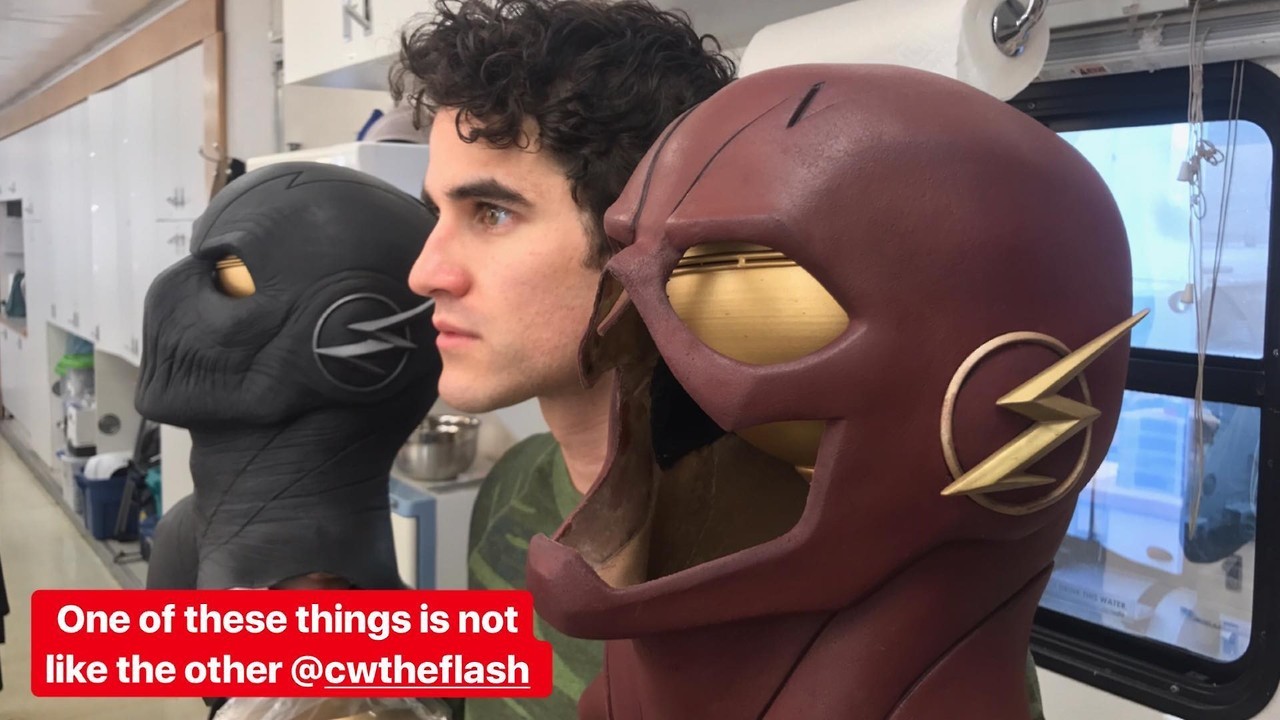 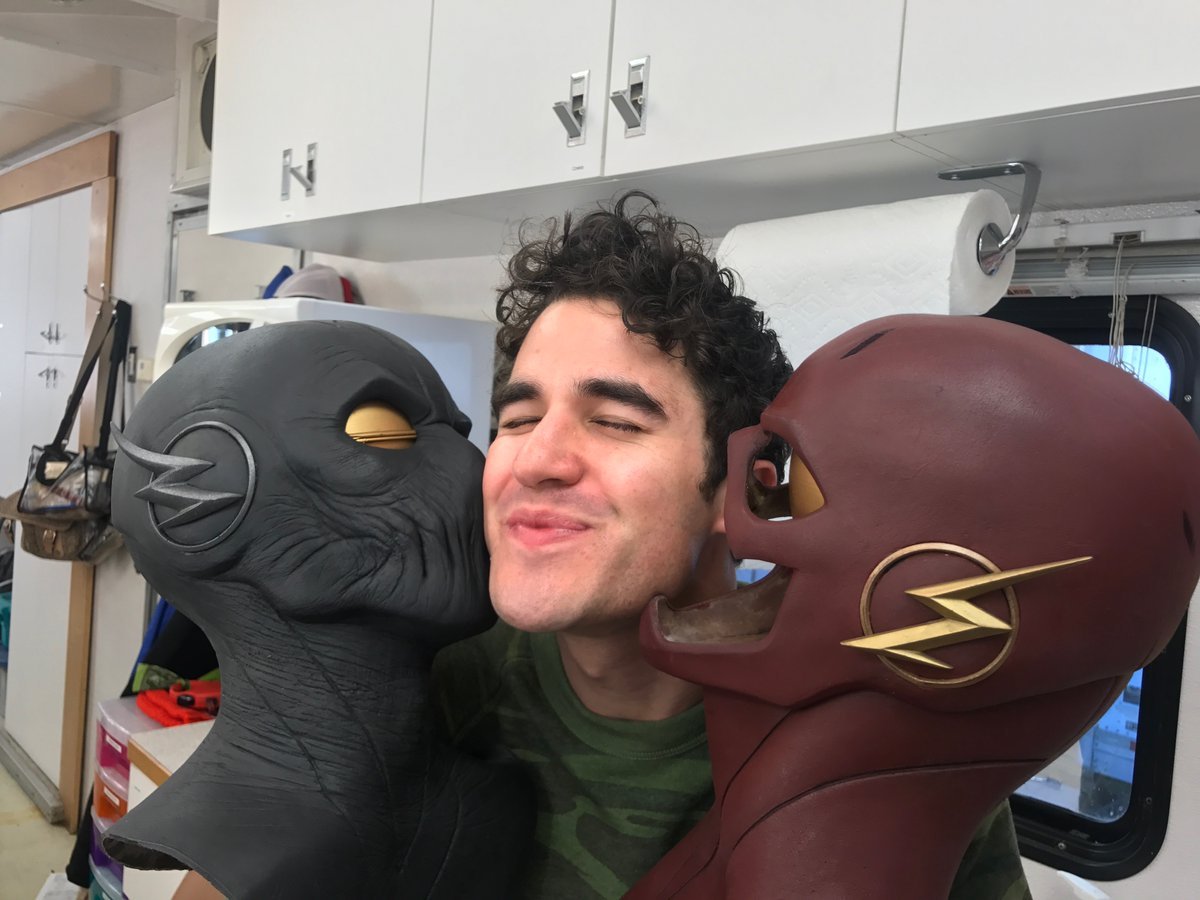 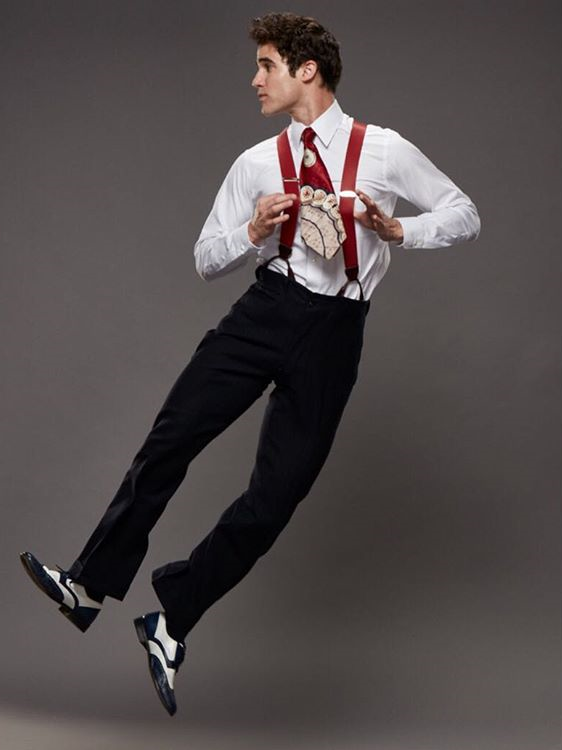 darrencriss ‪Tonight at 8pm PT, I’ll be live tweeting w/ the West Coast- 2nd night of the @cwtheflash / #supergirlcw crossover! Join me… or else!
dailydarrennews 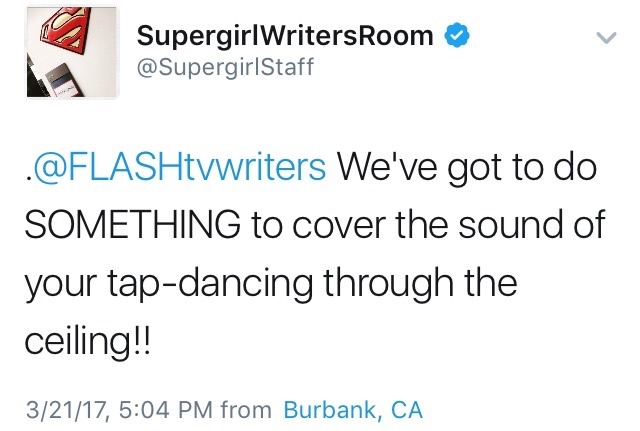 Twitter wars heating up between the Flash and Supergirl writers ahead of the musical crossover!

Set up that world for the viewers.
Barry and Kara are both whammied by the Music Meister, played by Darren Criss, and they wake up trapped inside an alternate dimension, which is a movie musical come to life. So they’re caught up in the plot of this musical, which involves gangsters and gun malls and a West Side Story setup with rival gangs and their kids falling in love.

How does the Music Meister compare to other villains we’ve seen on the show before?

He’s certainly in love with his own villainy a lot more than others. He’s got a zest for life. He comes in and just sweeps them all off their feet, and he’s a bit of a showman, so it’s a lot of fun. Darren so brings him to life. I’m not sure who we would have gotten to do it if Darren had said no, but it turned out to be one of those things where we wanted Darren, and Darren actually wanted the part. He’d heard about it. It was very kismet, and it’s so much fun to see them all reunited from Glee.

Darren mentioned the one thing he missed out on was getting to provide some songs.

I know. I know. By the time we closed him, we were already down the path. The songs had been recorded, but hopefully this one will be a big success, and he’ll come back, and then we can do another one.

If we survive this one and the fans like it, as always with any of these things, we gauge the fan reaction to it. If it turns out to be a, “Yeah, that was cute, but don’t ever do that again,” we won’t. But who knows? Every time we do one of these things, like go to Earth 2 or have a musical episode, some of that stuff we gauge by the fan reaction. Like King Shark, people were so excited about that one minute with him, we were like, “Well, we’ve got to bring him back now!” So we’ll see what people say.

The Flash airs Tuesdays at 8 p.m. on The CW.

Yes, please, may we have the Music Meister on The Flash and Supergirl again?!!!

How will they assess if this is something that fans liked?  By ratings?  By social media?  By reviews by critics?

Ratings always go up for crossovers.  I hope there is a significant ratings increase for this crossover.

Folks, if you are on social media, tweet up a storm about how much you liked Darren as the Music Meister and the musical episode!!

Tweet you want Darren to return as the Music Meister in another episode of The Flash!!