Sorry that I didn't post yesterday.  A water pipe had a leak under my house.  Luckily, my house is on a raised foundation, but still, this is a headache.  Hopefully, there is no damage to the foundation.  Cross fingers.

Just about everyone in Hollywood knows how hard it is to win an award. Winning three [awards] for one performance is another thing altogether. That’s what Rachel Brosnahan (“The Marvelous Mrs. Maisel”) and Darren Criss (“The Assassination of Gianni Versace: American Crime Story”) just experienced after adding a Critics’ Choice Award to their respective mantles last weekend, following victories at the Emmys and Golden Globes.

Unlike with film awards, we don’t often see full sweeps on the TV side. Only five actors have pulled off a total sweep of the major TV prizes (Emmy, Golden Globe, Critics’ Choice Award, Screen Actors Guild Award and Television Critics’ Association Award): Bryan Cranston for “Breaking Bad,” Claire Danes for “Homeland,” Tina Fey for “30 Rock,” Julianna Margulies for “The Good Wife” and Sarah Paulson for “The People v. O.J. Simpson: American Crime Story.” For Brosnahan and Criss to win three major awards within four months of each other is a huge accomplishment, speaking to how their performances have connected with critics and the industry alike.

Brosnahan and Criss are also up for Screen Actors Guild Awards on January 27, where they clearly have a strong chance of extending their winning streaks. Criss won’t be able to sweep all five television awards considering he already lost the TCA Award last year, and “The Assassination of Gianni Versace” is a limited series so he wouldn’t have the opportunity to win it for a future season. 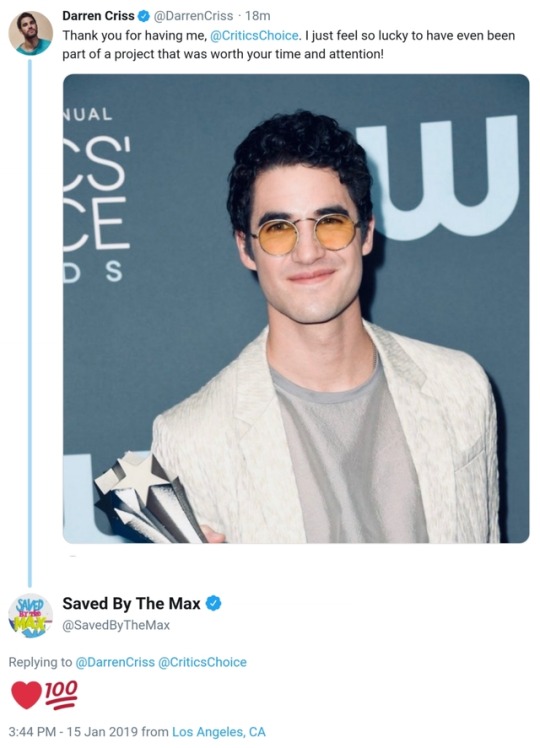 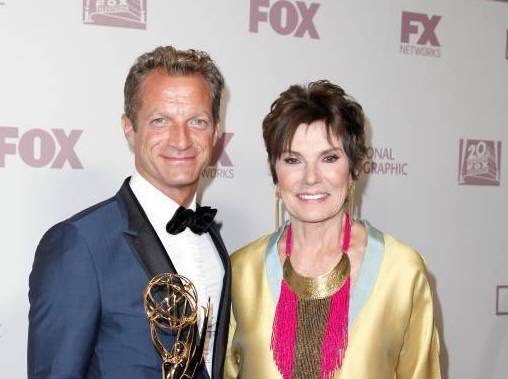 
Zedrick is the biggest fan of ACS Versace.  Wishing him the best in his career as an actor. 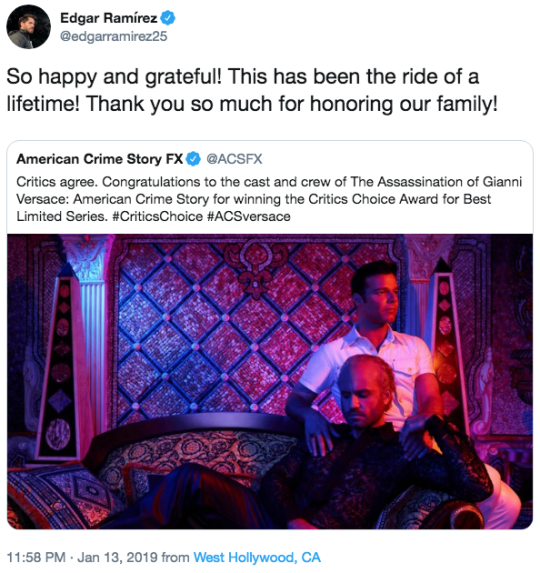 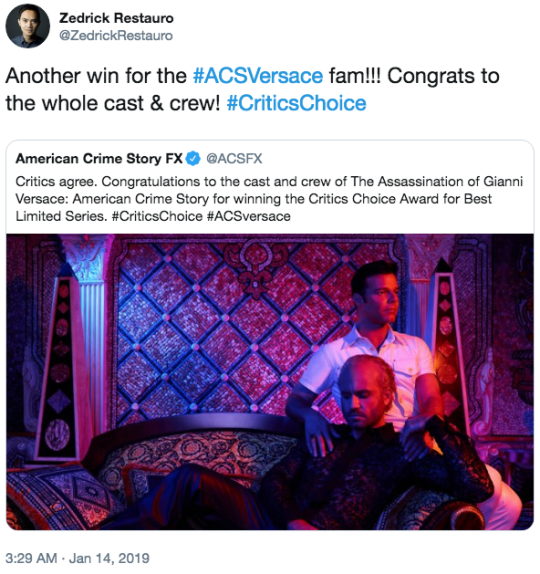 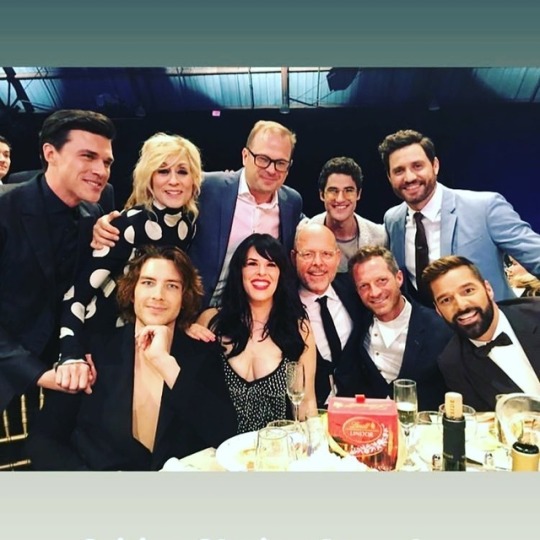 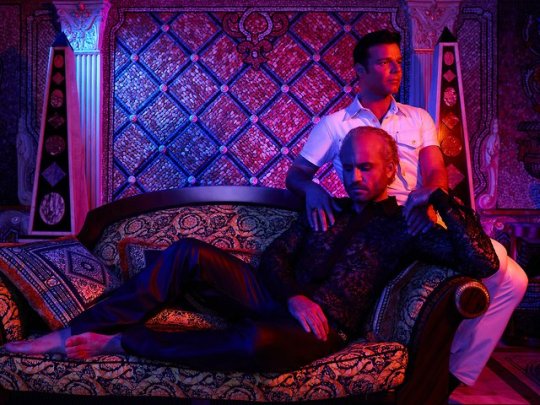 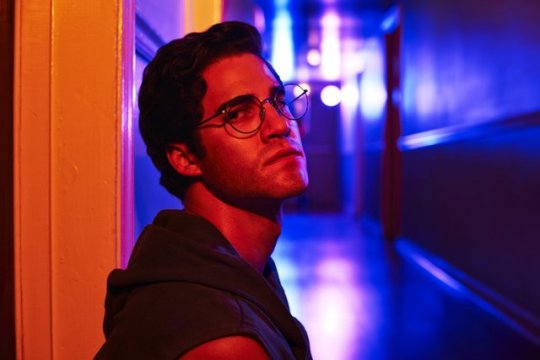 ACSFX: An unforgettable performance. Congratulations @DarrenCriss on your Critics Choice Award for Best Actor in a Limited Series. #CriticsChoice #ACSVersace 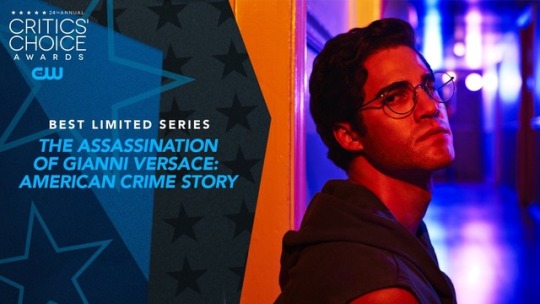 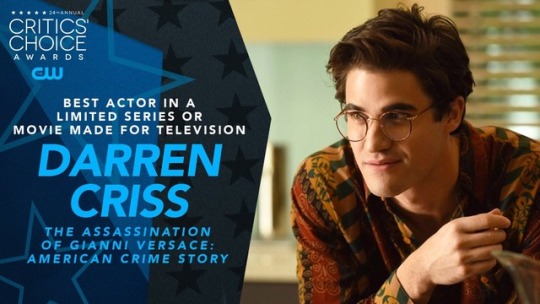 CriticsChoice: .@DarrenCriss better get a bigger trophy case as he wins Best Actor in a Limited Series or Movie Made for Television tonight. #CriticsChoice #CWCriticsChoice #ACSVersace 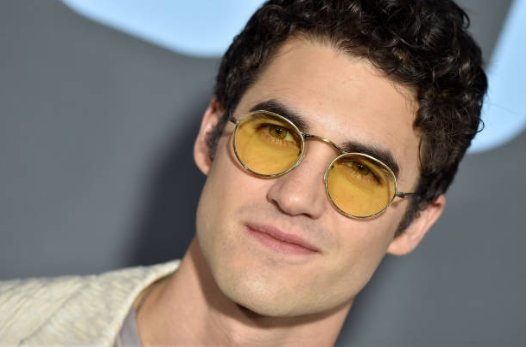 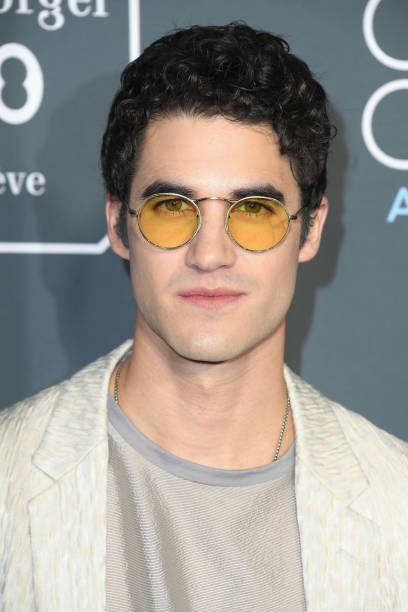