Am so behind in posting.

I watched most of the Livestream, and it was so fun to watch!  I'm really appreciative that Darren livestreamed it for all his fans.

The crowd seemed more quiet than usual at Darren's concerts.  There was a reverent air about them.   We all are so happy that Darren has released his music!

I wasn't one of Darren's fans who knew him at the same time AVPM became big.  I first learned of him because of Glee, but I did buy his Human EP after I became a fan (during season 3?).  haha.  My poor husband has memorized the words to many of the songs on that EP because I play it multiple times a day .

I am very fond of the songs on Human.  So it was very nice to hear him sing "Human," "Don't You," "Jealousy," and "Not Alone," and "Sami."   I always loved the inspirational message of "Not Alone."   I've been a fan of "The Muse" ever since I heard it (many years ago), so I really enjoyed hearing him sing that song.  I think Darren did a great job with the story told in the lyrics of "The Muse."   And I love the way it sounds.  Of the StarKid songs that I've heard, "To Have a Home" is one of my favorites.  I really like the lyrics.  "Going Back to Hogwarts" is so clever and fun.

As always, I enjoy Darren's fun banter.  "I released some f*cking music!"

When he said "stretch-a-roo" (he had a busy week; he must be a bit tired).   About "This Time" (Glee), first he noted that the song was nominated for an Emmy--something to be very proud of.  The lyrics are beautifully written.  And then he joked:  "This is an Emmy-losing song."

Love his clever, self-deprecating humor.  This version of "This Time" is my favorite version from him so far.   I can imagine as Lea said, it's incredibly hard to sing this particular song.  It must be a challenge to adapt to a male with a much lower register who is has more of a singer-songwriter style.   Except for a few moments on the song that he had to stretch a bit, I thought Darren did a great job!  He sounds so good.

Loved hearing "Cough Syrup," one of my most favorite songs that Darren did on Glee.   His performance of this song at the release concert was amazing.

I really enjoyed his mash-up of "Brotherhood of Man" and "Midnight Radio."    I especially loved his performance of Midnight Radio.   He sounds so great!

Really am very happy to hear him perform all the songs on the new Homework EP.  I'm not sure, but I don't think he had a chance to do "I Don't Mind" because of time issues (was a bit surprised how strict the theater was about that).    I thought he sounded especially great on "Going Nowhere," (although I think the EP version is more emotional).   I thought it was wonderful that he arranged to have all those musicians on stage performing the songs of the new EP.  He sounds wonderful on "I Dreamed A Dream"--the more I hear the acoustic version of the song, the more I love his performance of it.  He sounds great on all the new songs from Homework that he did at the concert. This was fun, to take a song from each of his Broadway shows, How to Succeed in Business Without Really Trying, and Hedwig and the Angry Inch.  Lovely performance of "Brotherhood of Man."   He sounds especially fantastic on "Midnight Radio."

So glad for Jenndesq that she was able to attend (and so lucky for us fans!).


So nice that Rae  Votta came.  Love how she is such a long-time supporter.


A few pics of Darren during the concert: 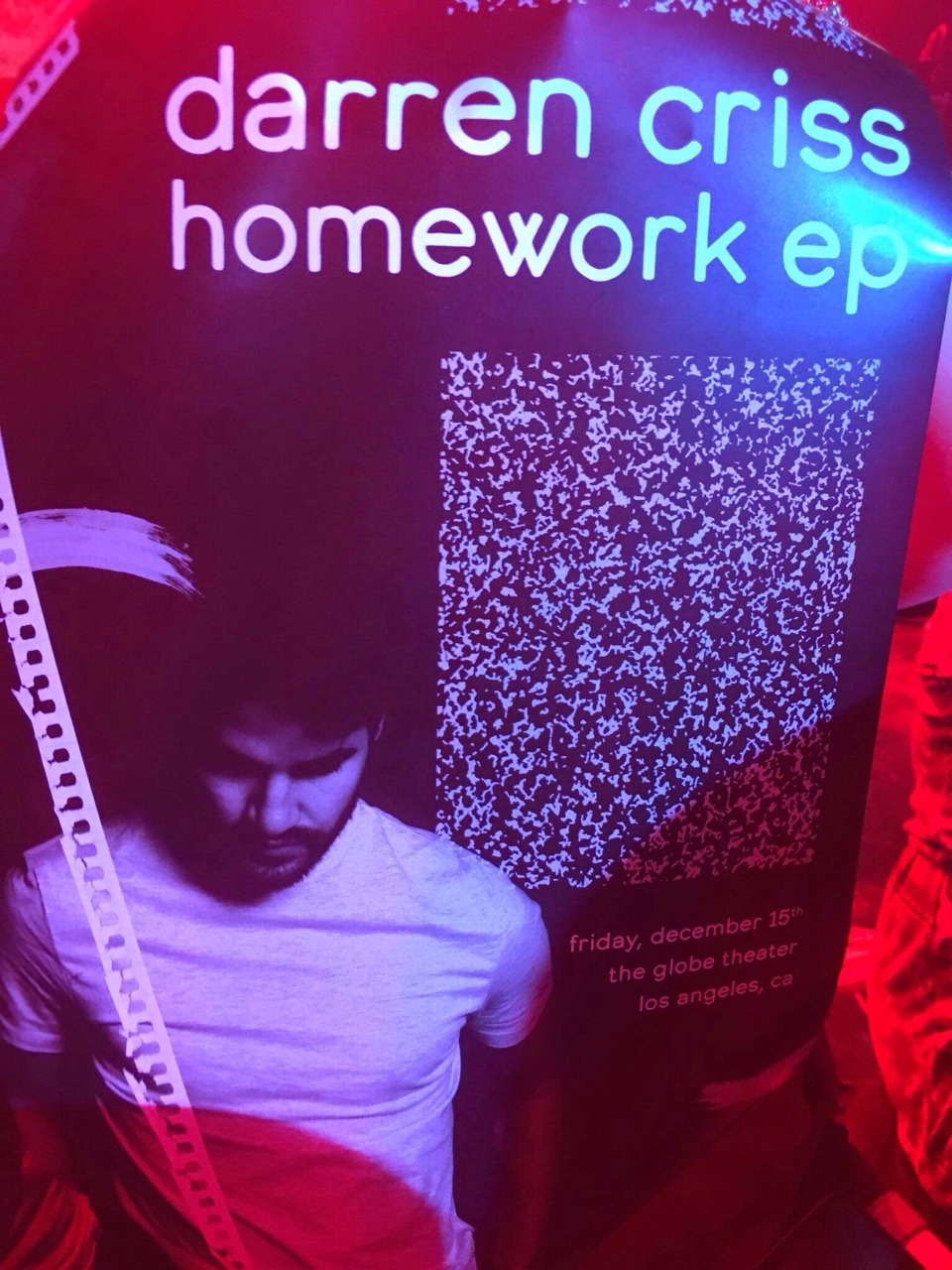 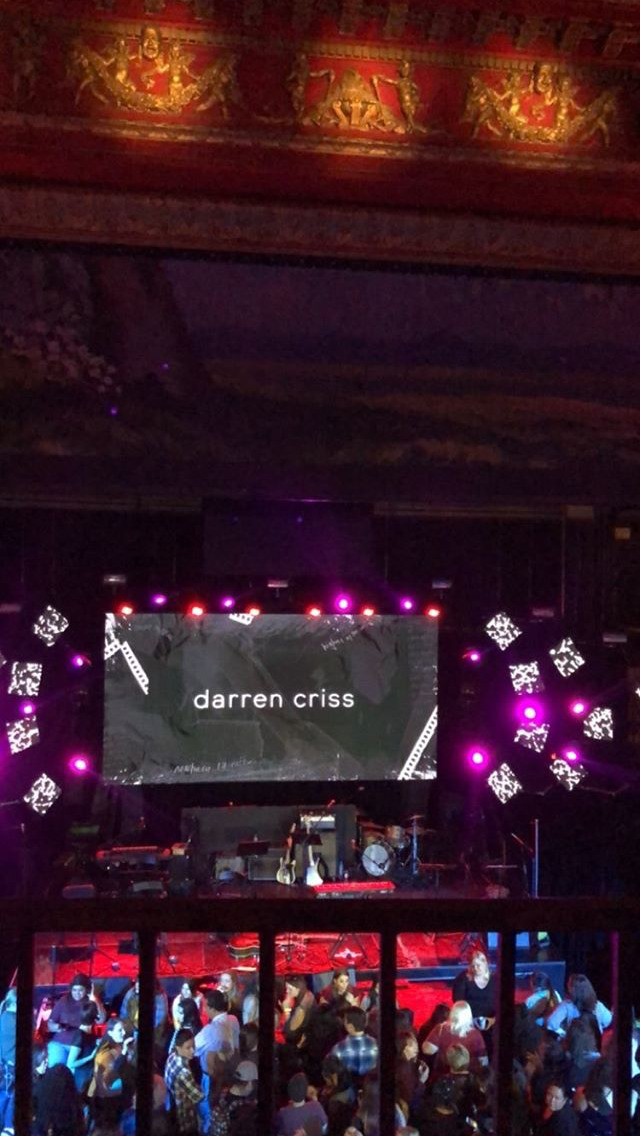 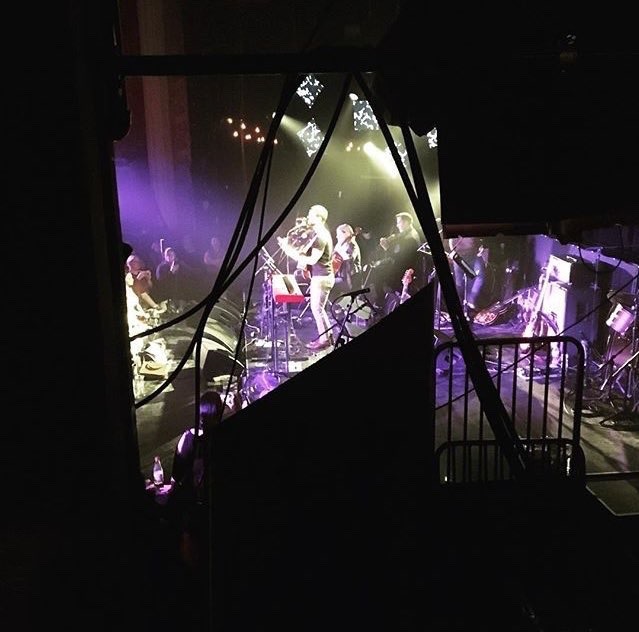