Darren did a great job tonight!  Now, he gets to just have fun! Actor Darren Criss attends FIJI Water at HFPA’s Official Viewing and After-Party at the Wilshire Garden inside The Beverly Hilton on January 7, 2018 in Beverly Hills, California 
Darren did well!  His voice sounded melodic (and very clear).   They all look so nice.  I couldn't help but wonder if Darren was squealing inside because he shook the hand of young Obi Wan Kenobi/

The cast of The Assassination of Gianni Versace: American Crime Story presented the Golden Globe for Best Actor in a Limited Series or TV Movie (January 7th, 2018) I thought all of Darren's answers were very well stated (although he also could have mentioned that he spoke to Mia about Me Too and He For She, since Mia is involved in directing).   But I have noticed that Darren has really stepped up his game in terms of how well-thought out and articulate are his answers in interviews lately.

Aw, Darren is so supportive, trying to help Yong. 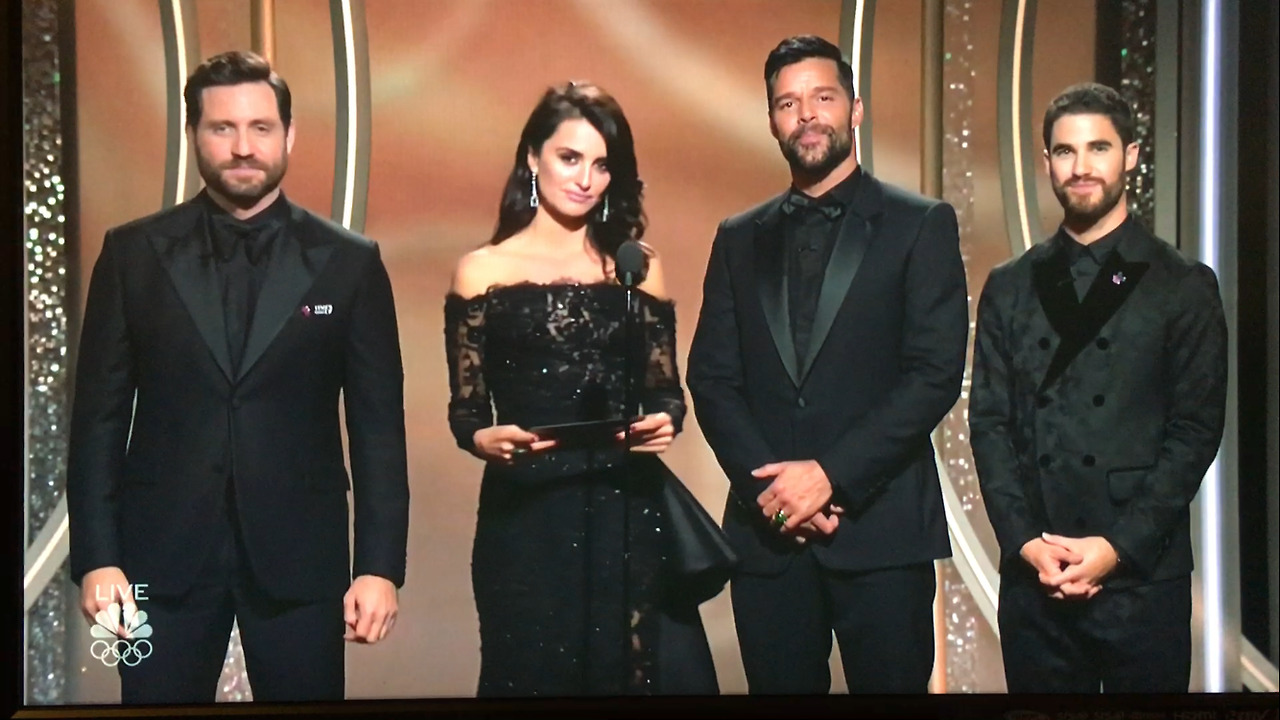 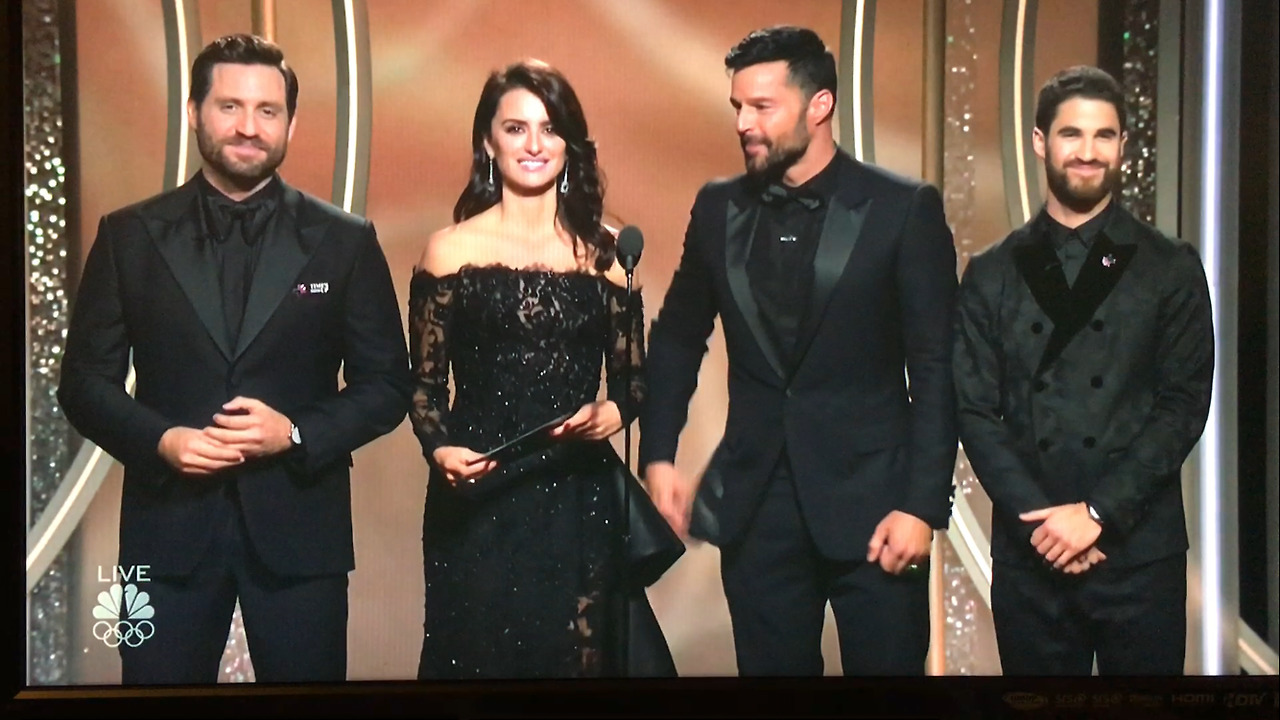 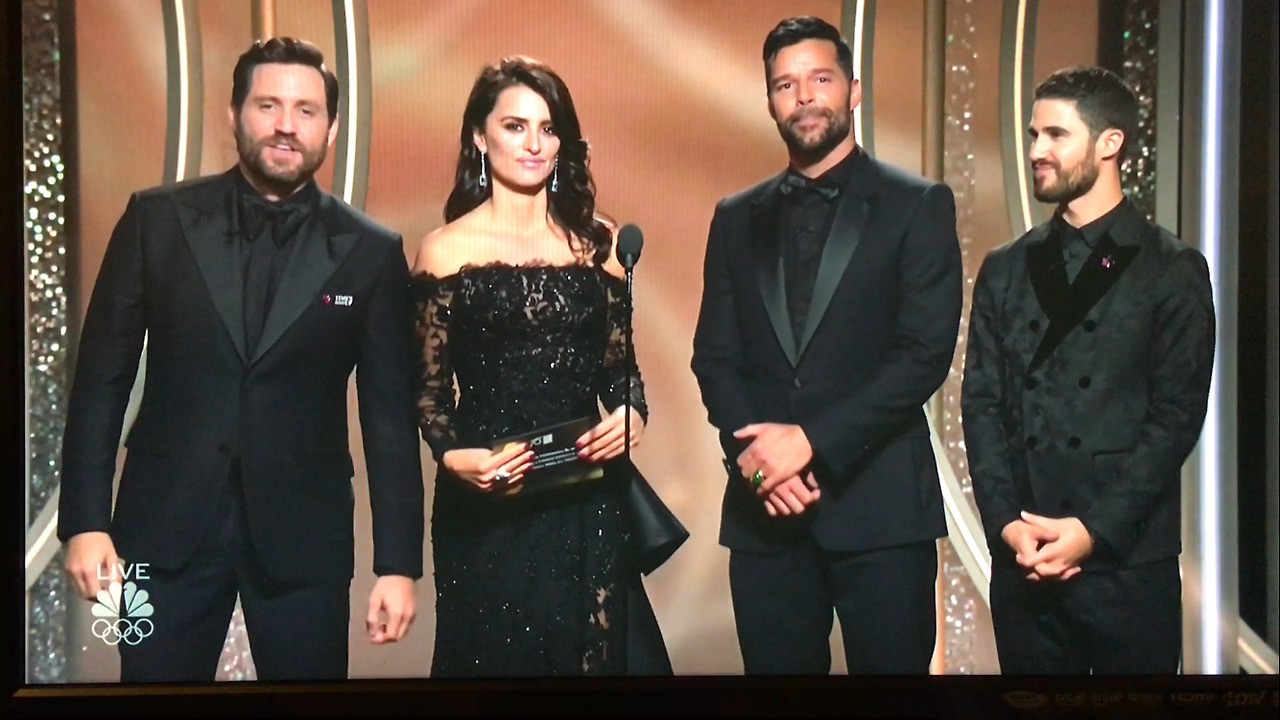 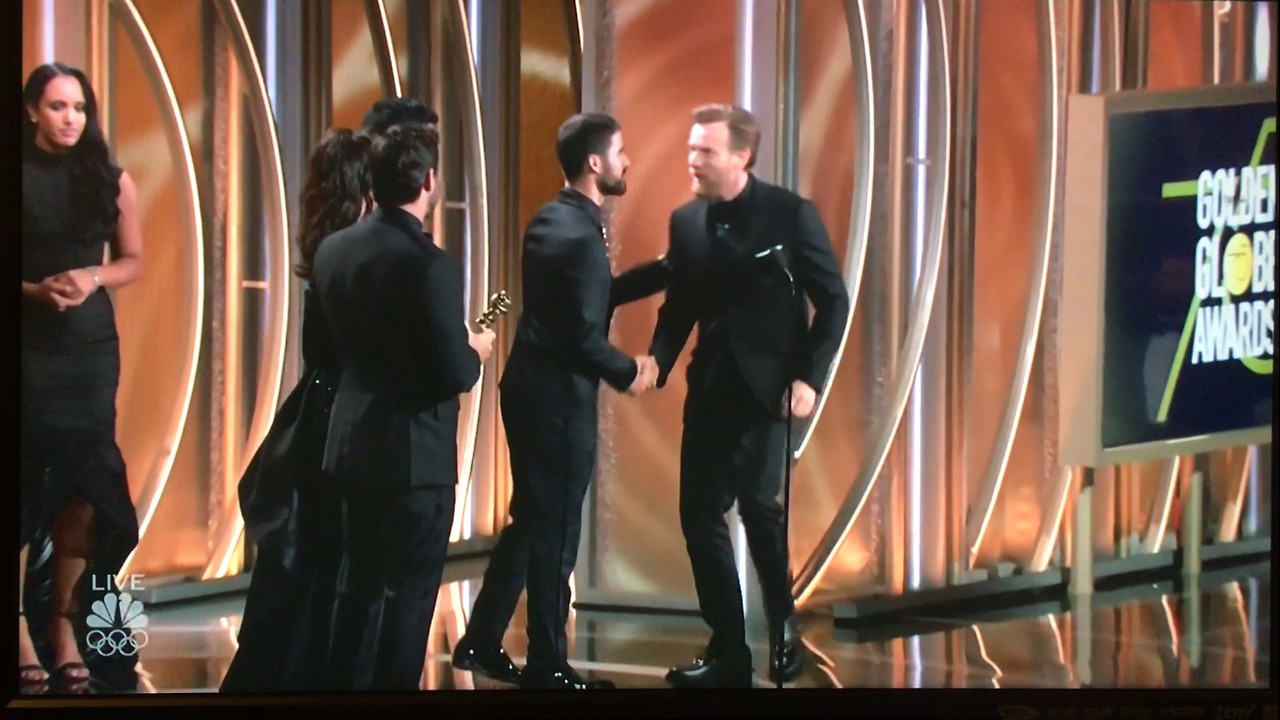 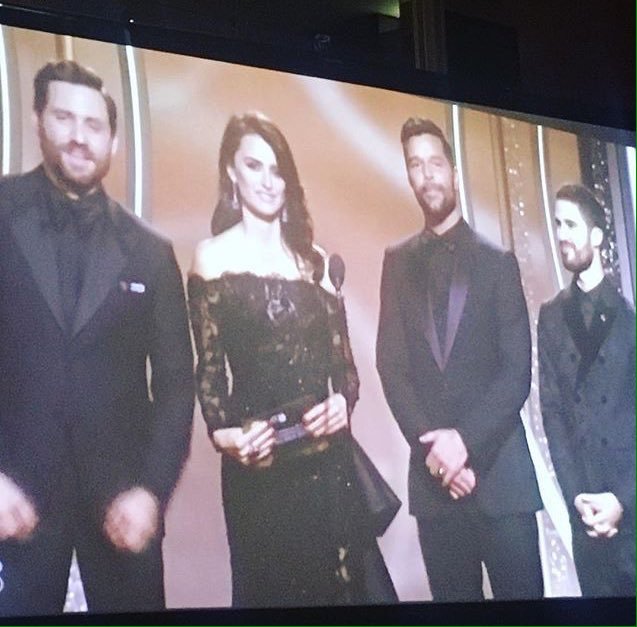 Darren with Mia, and also talking to Laurie Metcalf (Lady Bird was so good!). 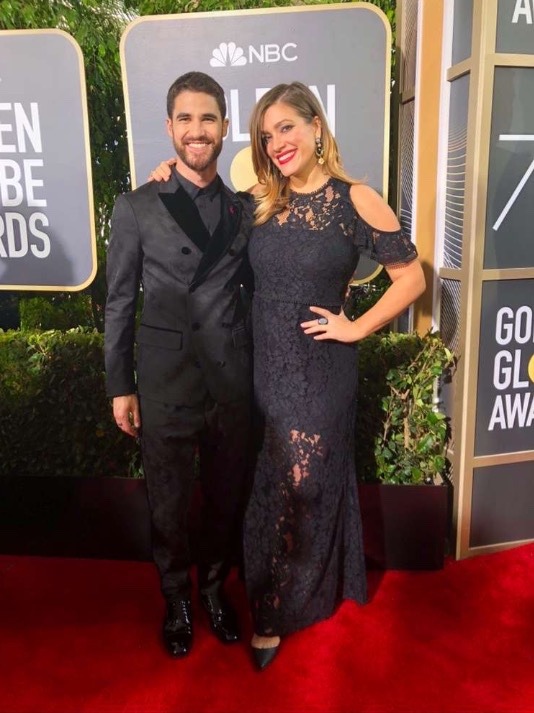 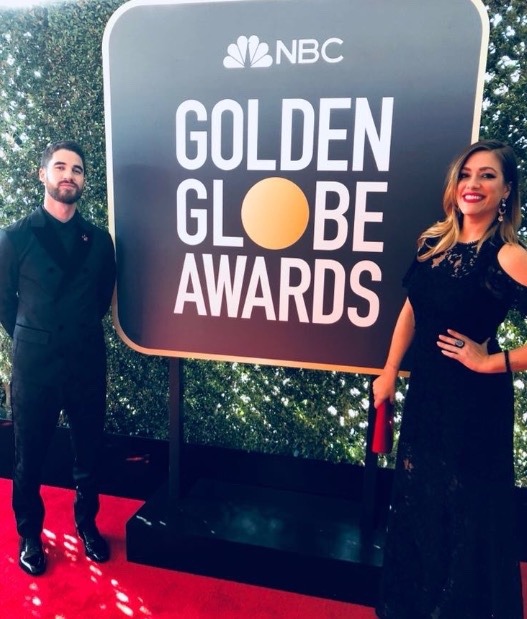 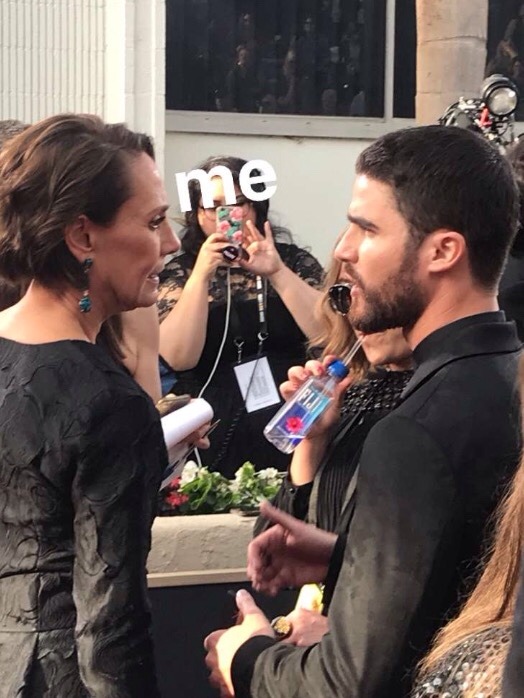 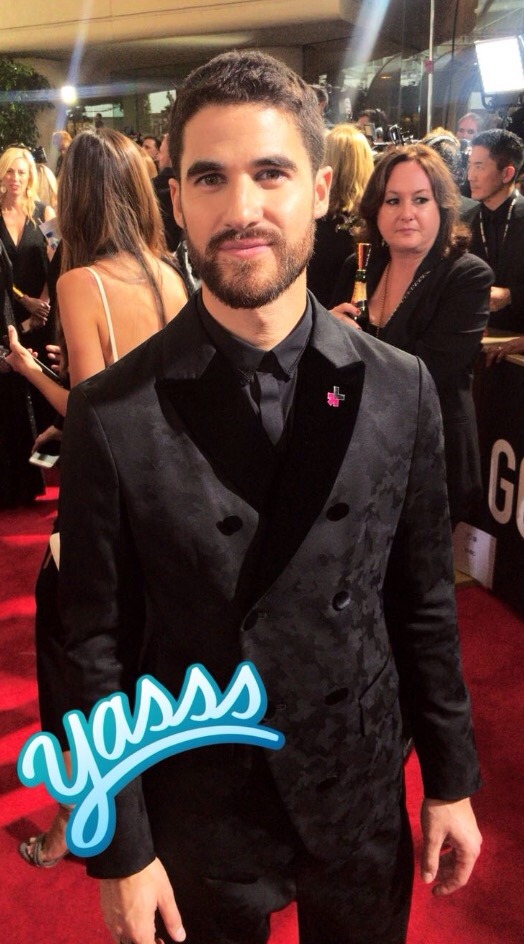 Darren and Mia on the red carpet at the Golden Globes via Mia’s Snapchat (mia.elan) 1/7/18 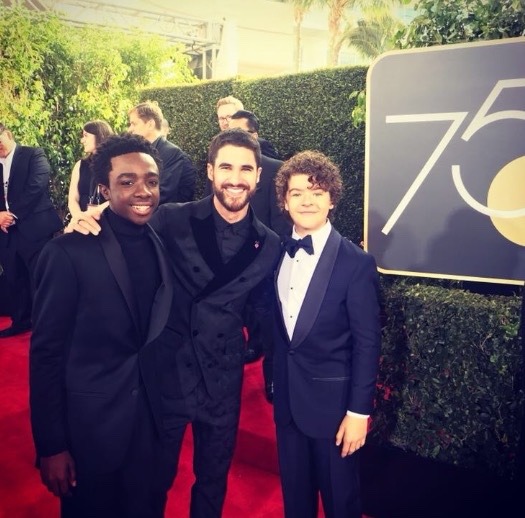 Caleb McLaughlin, Darren Criss and Gaten Matarazzo on the red carpet at the Golden Globes 1/7/18 via Mia’s Snapchat (mia.elan)

TNT Brasil This tweet is just for those who never got over the love of Darren Criss. #GoldenGlobeNaTNT 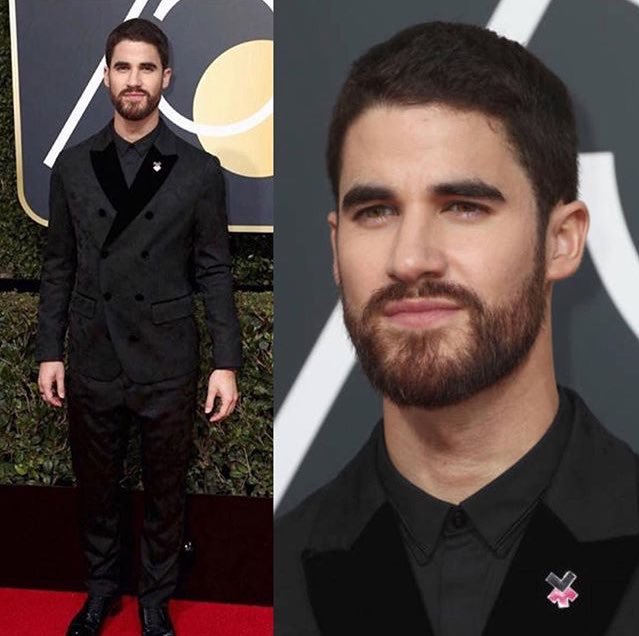