dailydarrennews wrote:
Thank YOU for a fabulous first year!

Today marks the first anniversary of the day Nadine and I created this blog and we both wanted to quickly send all of you a warm and heartfelt THANK YOU!

You guys have been amazing, this blog has grown so much in the past year and it’s all because of you. We’re both grateful that so many of you have joined the ride and continue to support us every day, here and on Twitter. So again, thank you!

To celebrate this first year with you, we’ve freshened up the layout both here and on Twitter, and we’ll soon be adding a FAQ section as well!

Here’s to another year around, well, not the sun, but Darren!

We are fortunate that these two hard-working, efficient , loyal fans of Darren have stepped up to update their fellow Darren fans about Darren's busy life.   I'm grateful to them. 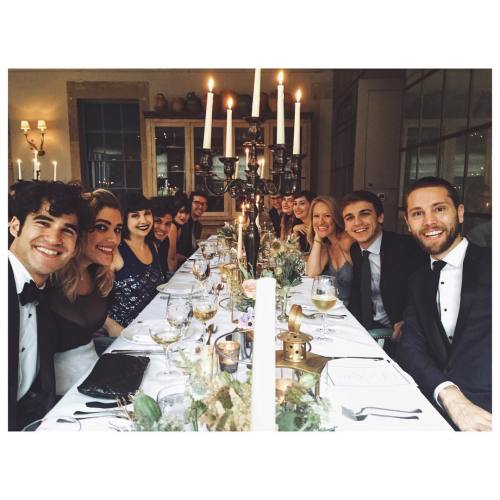 seangrandillo: The #tbt fodder provided by #EloiseHasTwoDads is unbelievable. The limit does not exist.