Yikes. I've heard that Darren was not jumping off the car/around or climbing things as much during the evening performance because his knee seemed to be bothering him. You can see that he seems to be tentative on his left leg during the matinee curtain call above too.

He was such a trouper and still met with people at the stage door though. I didn't notice anyone mentioning him in pain in those stage door pics/captions though, so I hope it was just a minor thing and that he's okay. Take care, Darren! 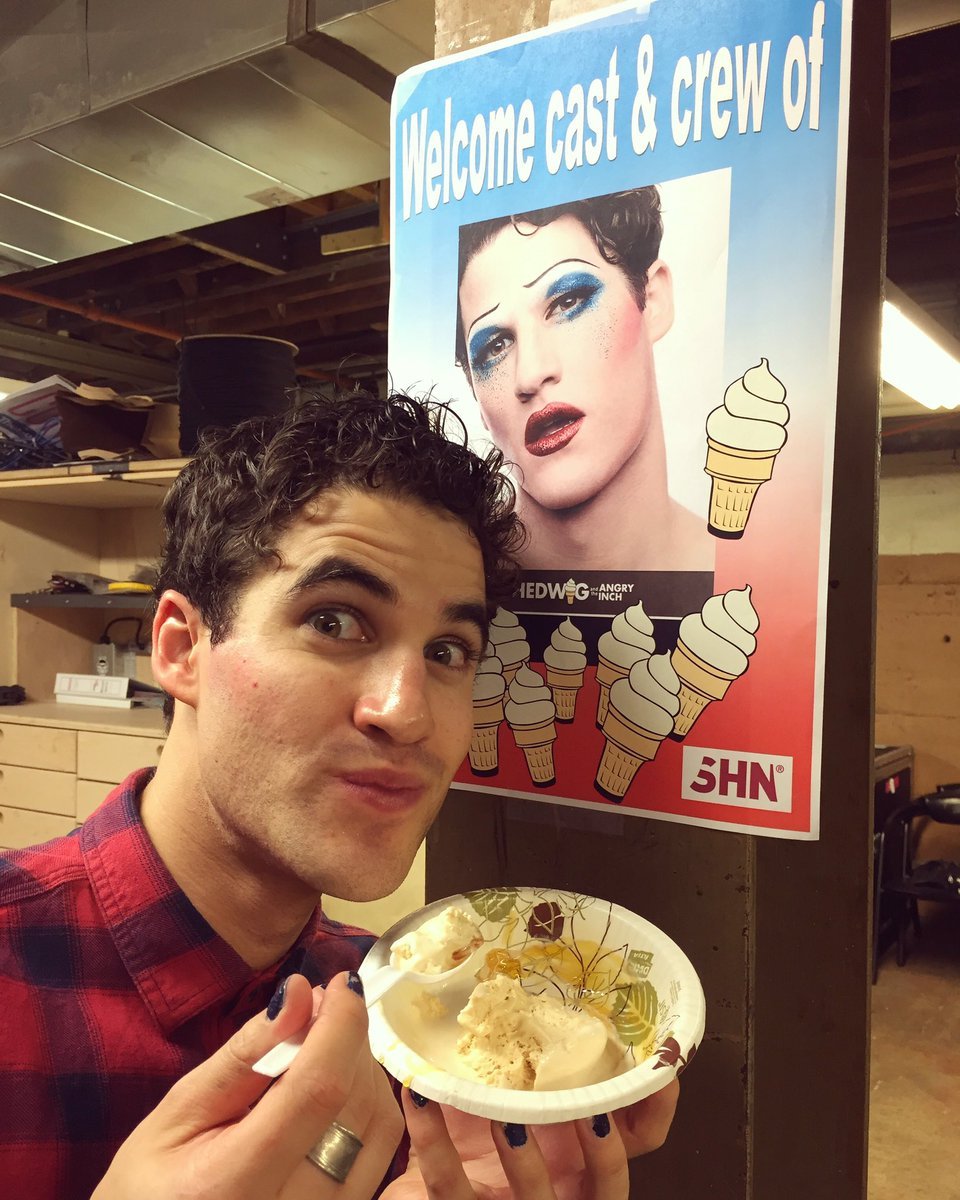 Such a cute pic! A celebratory ice cream sounds like a great thing to commemorate the event!  We're hoping to stop the the Ferry Buidling location while we're there.

Darren's Bruno Mars lip-synching video was just too awesome. Well done sir! I agree with you all--it's addicting to watch! 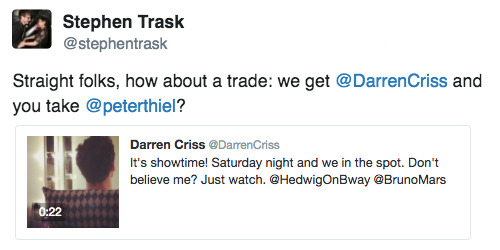 No thank you, Stephen.  You can't trade awesome for awful. We'll keep Darren, thank you. lol. (Peter Thiel is the PayPal billionaire that just donated 1.5 million to the Trump campaign.

)
The fact that Stephen used Darren's Bruno Mars video to make that comment was priceless though!

I just adore how much Stephen seems to respect and love Darren though.  Makes my heart go, "Wheeee!"

Some lovely curtain call photos from the October 16th matinee via DDN:
LOVE this one with all the raised hands! 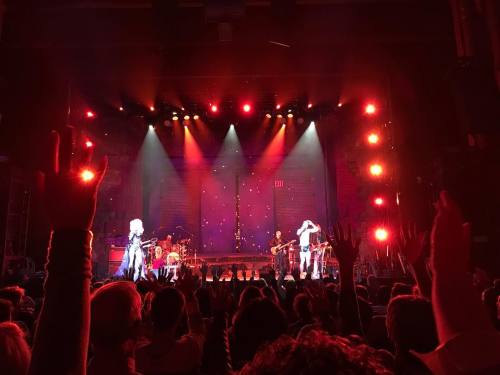 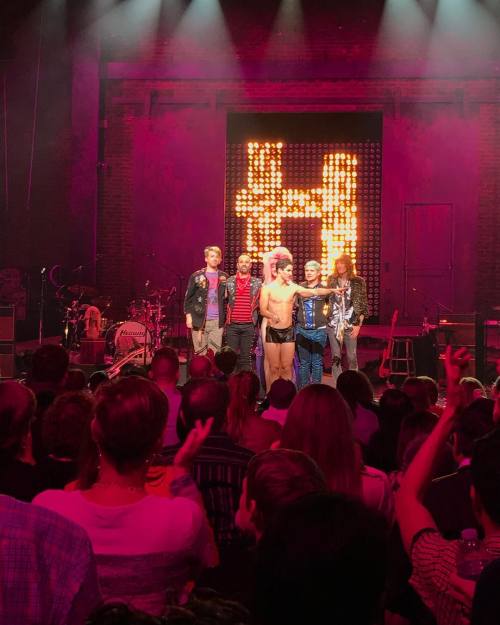 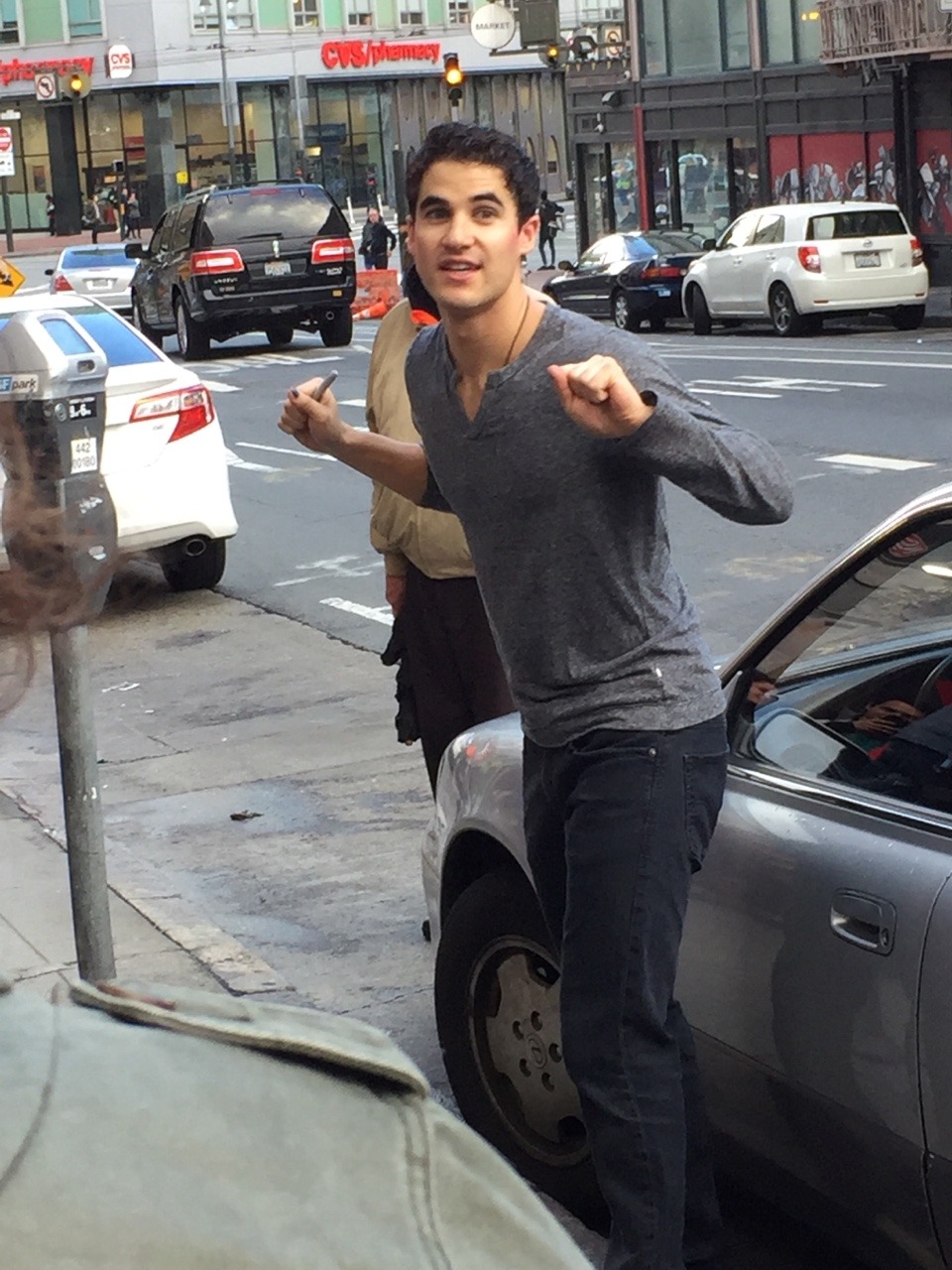 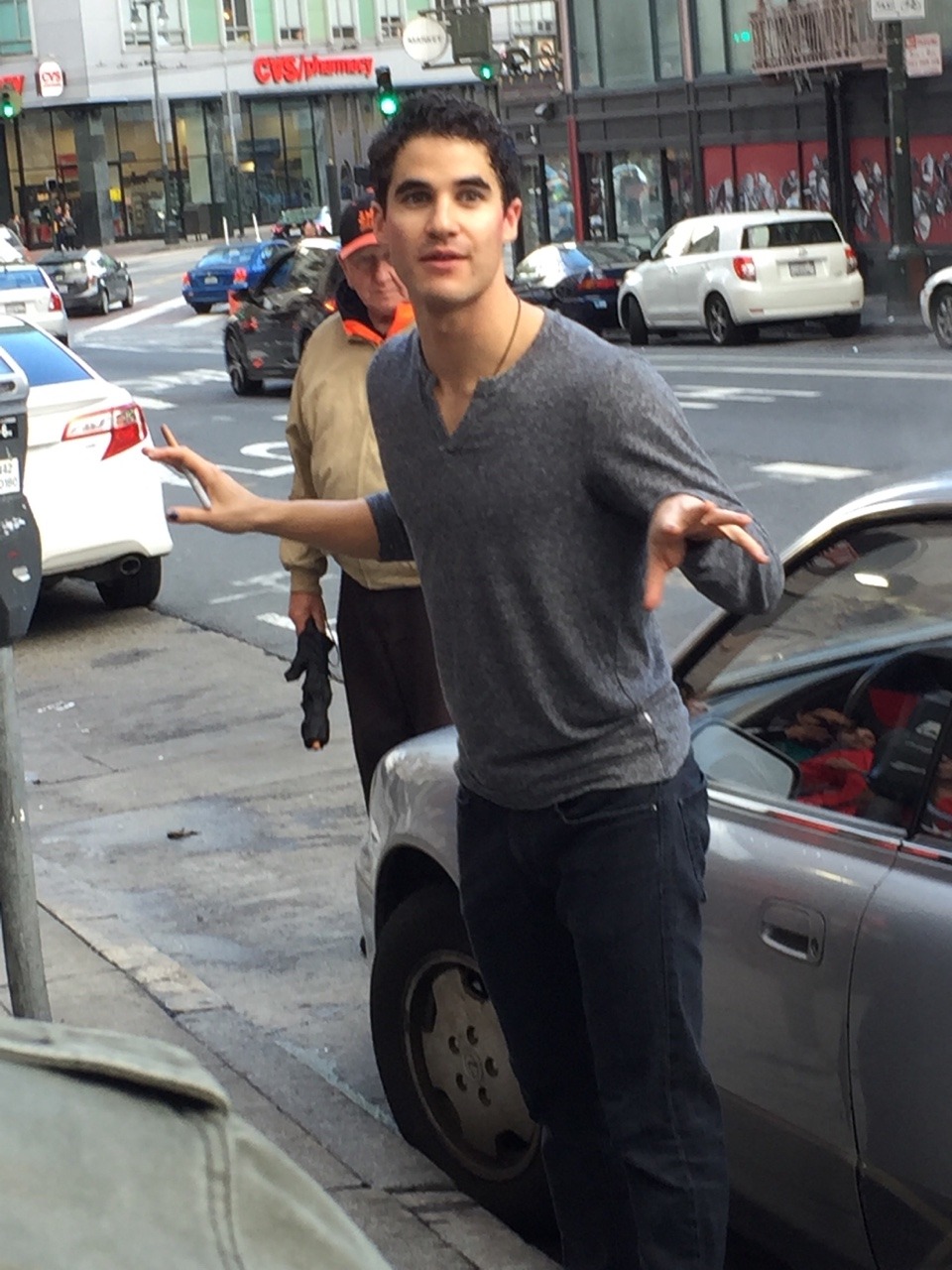 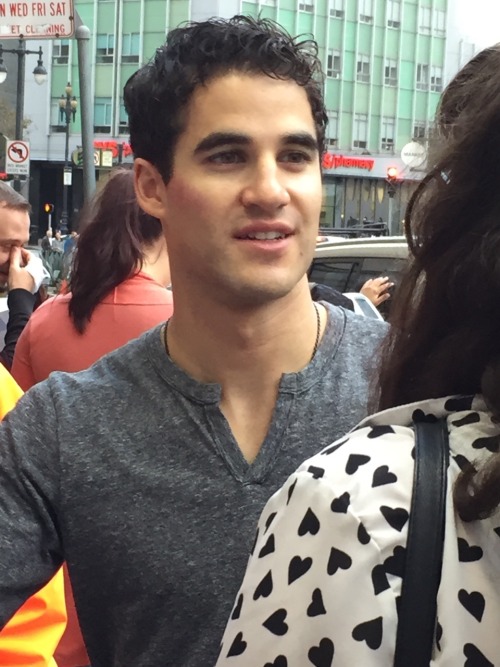 She has a few more in her post that you can check out at the link above. 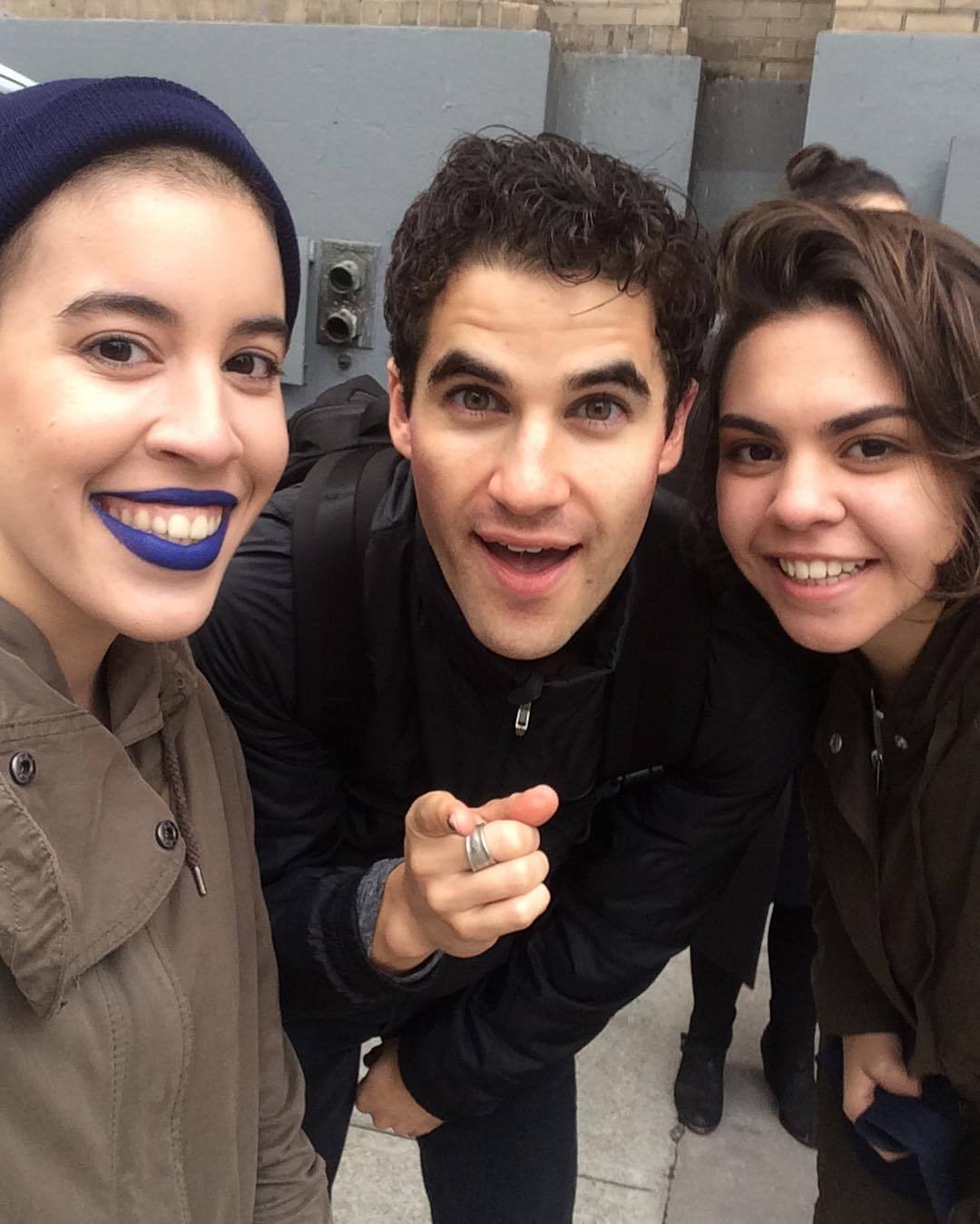 vamdc Sometimes, when you’ve been waiting in line for a Troye Sivan concert for 5 hours under the rain, the universe rewards you with a nice surprise


Looks like this fan had a nice exchange with Darren. 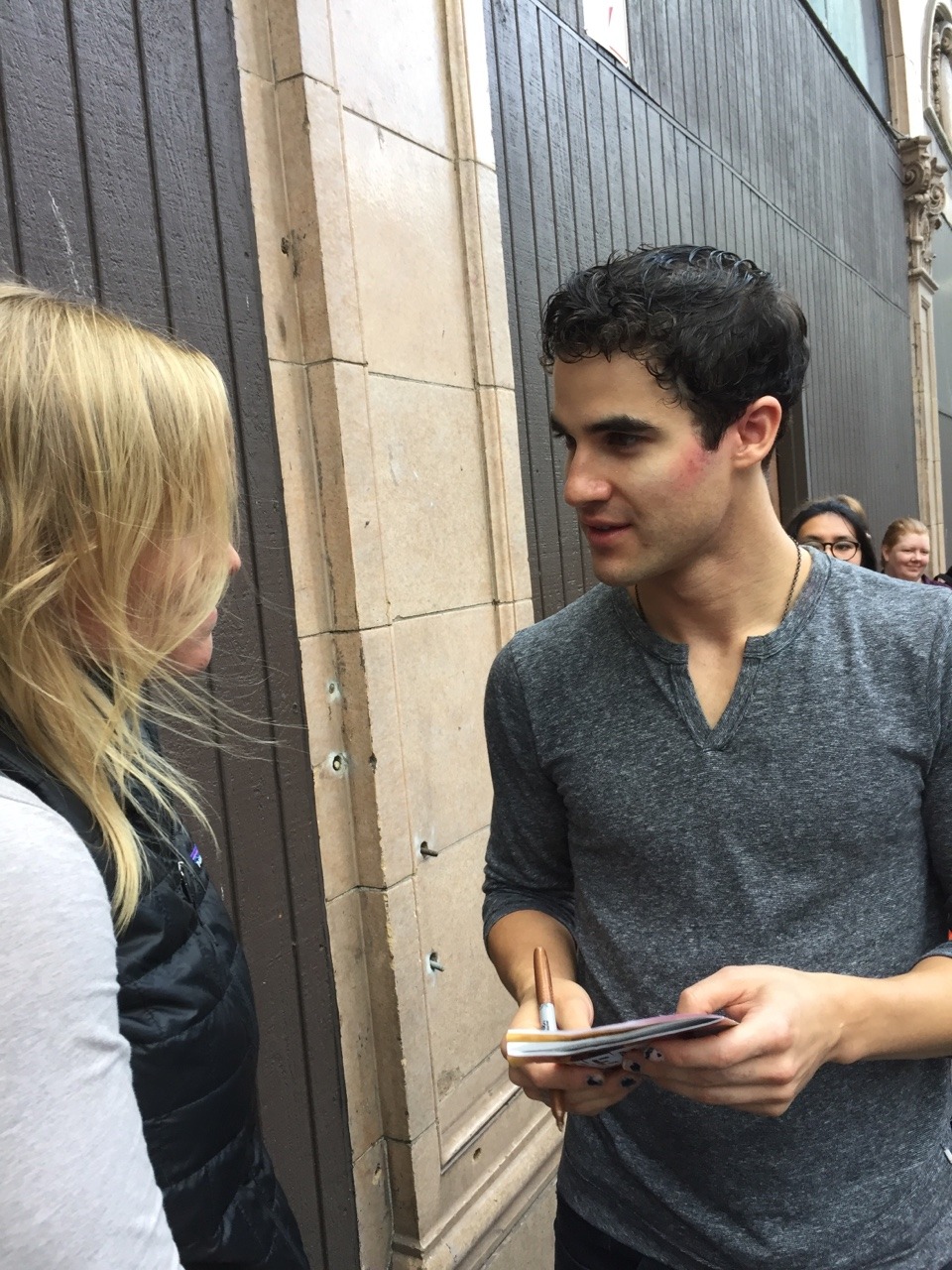 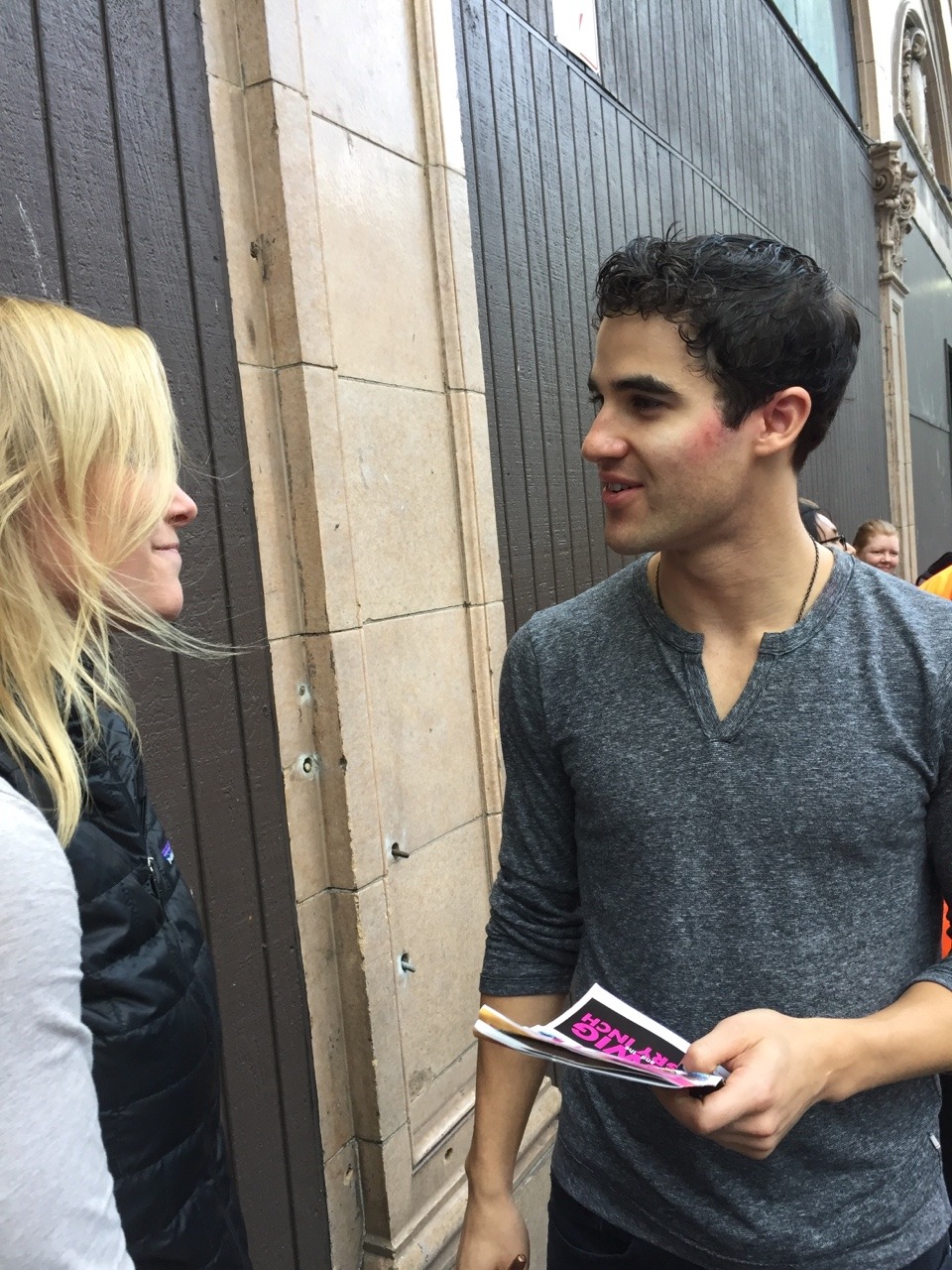 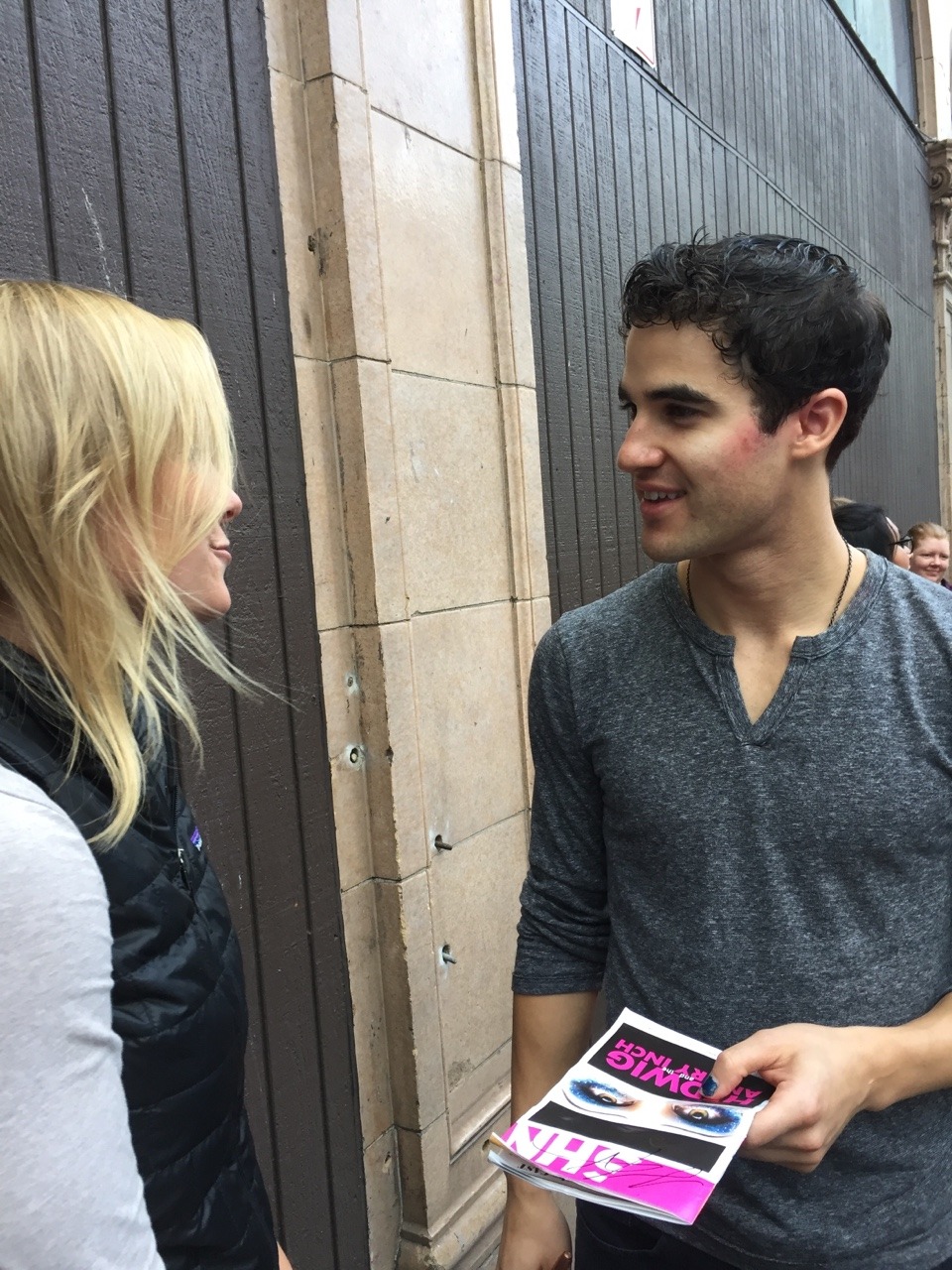 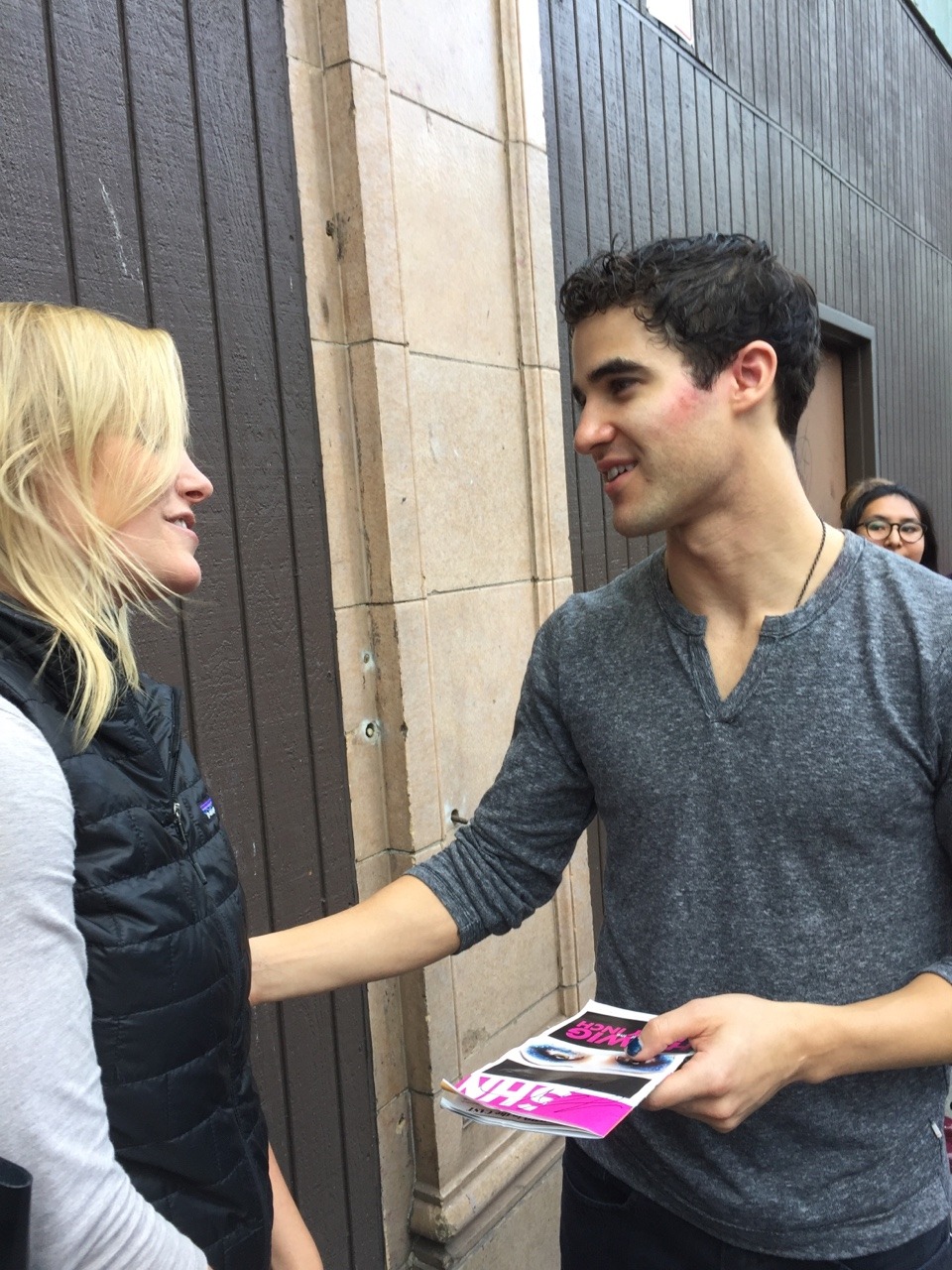 oraclewendybird:
These are for Kate. I’m sorry we were parted before I could get your info!! I hope you see these! Please signal boost!
October 17 2016   (Source)
Search in: Hedwig and the Angry Inch--L.A. and SF Tour (3 Threads)  Topic: Pics, gifs, media videos, curtain call videos, stage door videos, and posts of "who saw Darren" in Hedwig and the Angry Inch--SF and L.A. (Tour),   Replies: 141  Views: 9999