Darren keeping his promise to live tweet during The Flash tonight. 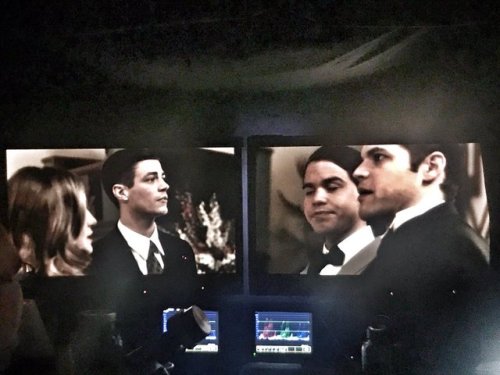 @DarrenCriss  And there ya have it, my @GLEEonFOX /@UMich / broadway worlds all colliding together on @CW_TheFlash.


@DarrenCriss  Yes @Tha_Los, I purposely chose the derpiest face I could.

Note:  I loved listening to Jeremy's voice tonight.   He is so amazing.  And Carlos did well too.  The Broadway vets (John Barrowman, Victor Garber, and Jesse Martin) all were wonderful of course, as expected!  Melissa sung beautifully, and Grant's performance of the Pasek & Paul song was touching.

Aw, this is sweet.

Candice did so well in the episode!  Loved her accent! 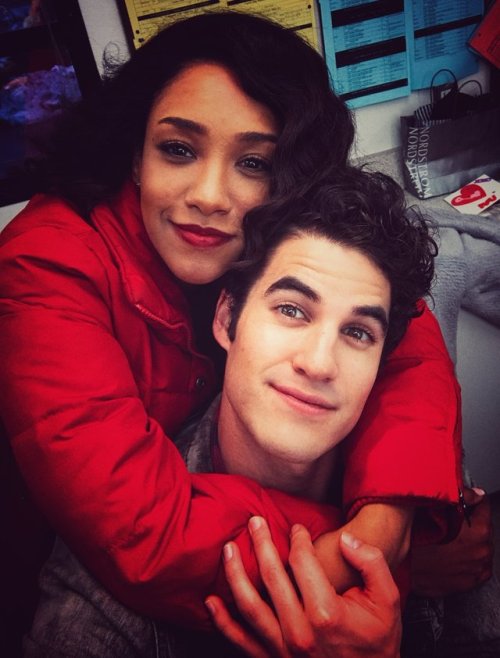 @DarrenCriss  I mean I don’t wanna start any beef but this MIGHT be the cutest pic I took on set- @candicekp if BarIris doesn’t work out, hit a Meister up
dailydarrennews

Darren did a posting spree of videos.  It's funny, not sure if his "victims" are actually puzzled by what Darren says to them (they look unsure of how to react), or if they are acting that way.  But either way, it's funny!  Darren is just like the MM:  Such a rascal! 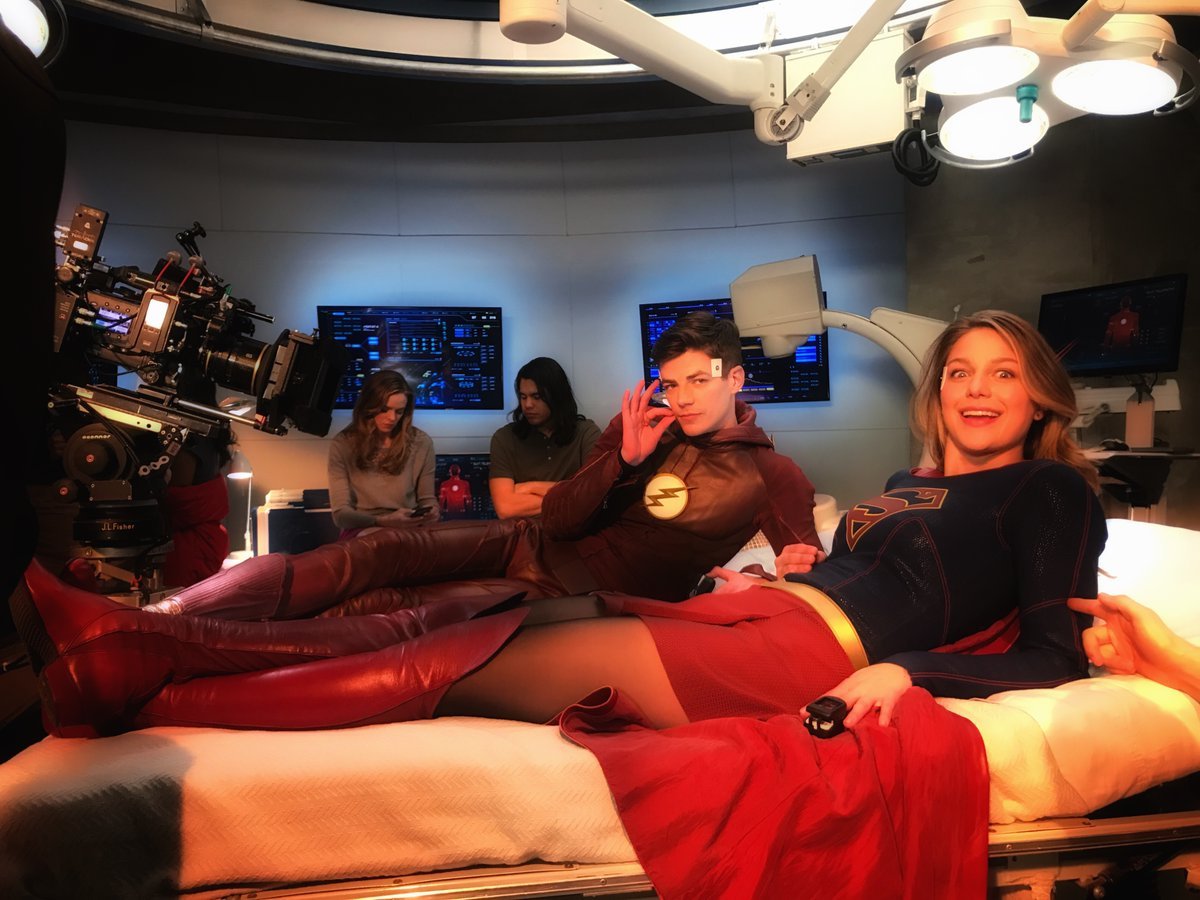 The Hollywood Reporter wrote:
Inside the 'Flash' and 'Supergirl' Musical Crossover's Big Twist

In the end, The CW's Supergirl musical crossover with The Flash was all about love, and the villain wasn't even a villain at all.

The crossover's mysterious "villain," the Music Meister (Darren Criss), arrived in National City during Monday's Supergirl to put Kara (Melissa Benoist) into a coma and then made his way to Central City for Tuesday's musical crossover with The Flash to do the same to Barry (Grant Gustin) . . . When all was said and done, it turned out that the coma was actually a movie musical inside Barry and Kara's minds that was intended to help both couples get back together

Everyone made up and woke up in the real world as good as new and were shocked to see the Music Meister applauding their victory because he "believes in the good guys."

"The lesson was love," Criss' charismatic character told the whole crew inside of STAR Labs. "Love is about letting yourself be saved. It's not just about saving other people, even if you are superheroes."

The reveal marks a big change from all the super-crossovers in the past, which have tended to feature some sort of formidable villain putting everyone's lives (or the fate of the world) at stake.

To hear Kreisberg tell it, the decision to make the Music Meister a hero instead of a villain just fit into the story. "At the end, that the cause of it would be somebody evil didn't feel right the more we worked on the plot of the episode," he says. "The idea that this person put them through their paces so they could get their love back on track ultimately seemed like a benevolent thing. We just thought that was so interesting. I mean, literally every show, every villain is evil. That somebody was doing something just to do some good struck us as very much the kind of thing a musical would do."

The actress [Melissa Benoist] noted that she loved the humor and ad-libs featured in the episode, which included a mini-Glee reunion with co-stars Gustin and guest player Criss. "It's only fitting for a musical comedy," Benoist says of the crossover's romantic ending. "And Darren was the perfect person to play that. He did an amazing job and was so charismatic and funny, and he just brings that positivity. It was the perfect twist for the setting."

Adds Gustin: "Everyone was asking about Darren and what kind of villain he is. It was cool that he just manipulated us. You never really see that on our show," he says. "It was a cool change of pace. It was unlike anything we've ever done or may ever do again. It was a nice break from all the melodrama that's happening all season. We really flipped that on its head and did the opposite and made it all about joy."

And Patton adds with a smile, "I don't think anyone wants to see Darren Criss as the villain. It was my first time working with him, and he was just so sweet that I was like, 'Yeah, I'm glad you're not a villain on our show.'"

Note:  Poor Candice is going to be surprised to hear Darren is playing a serial killer. 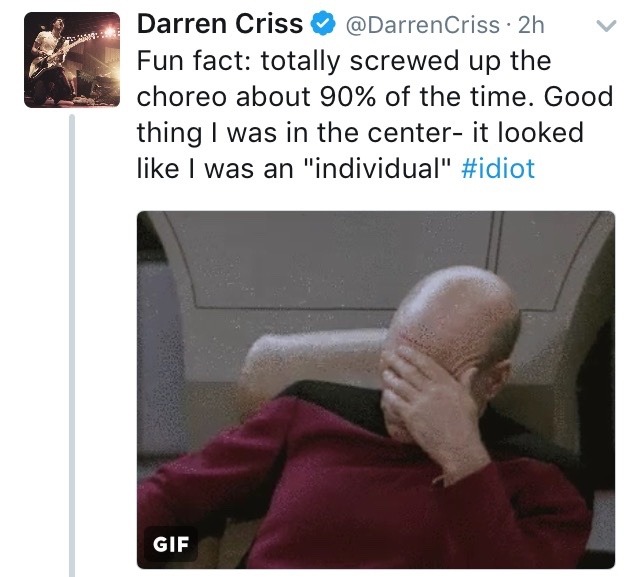 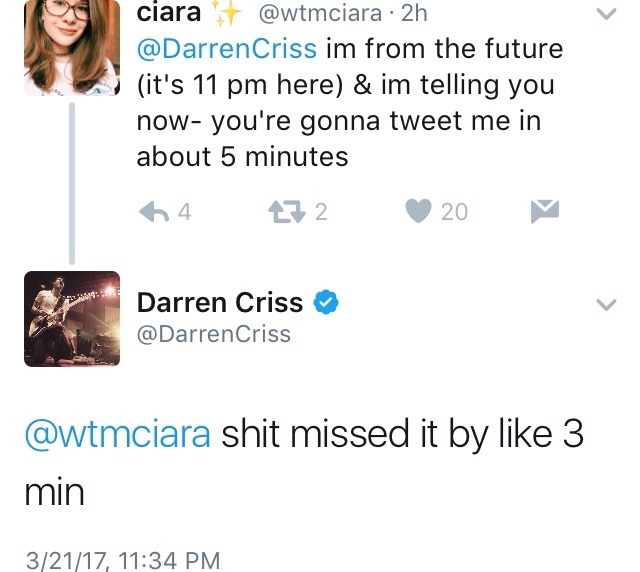 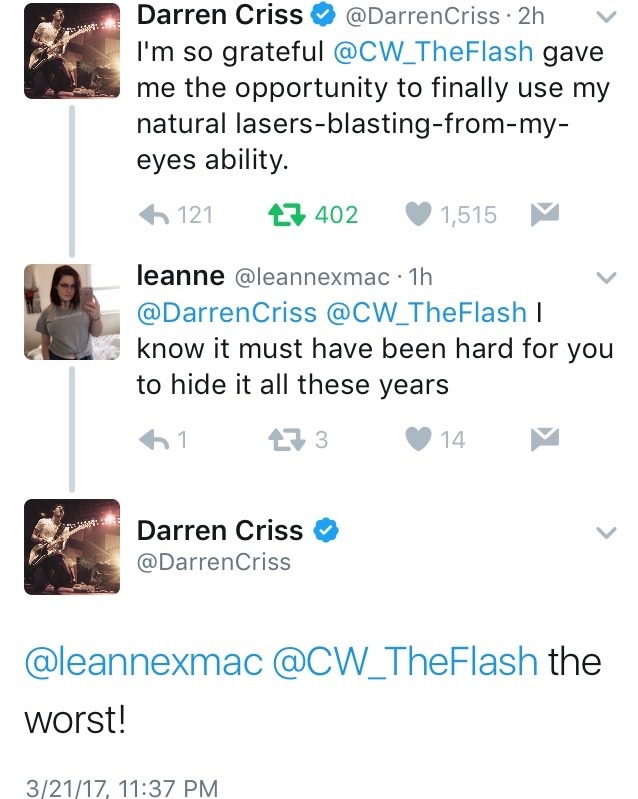 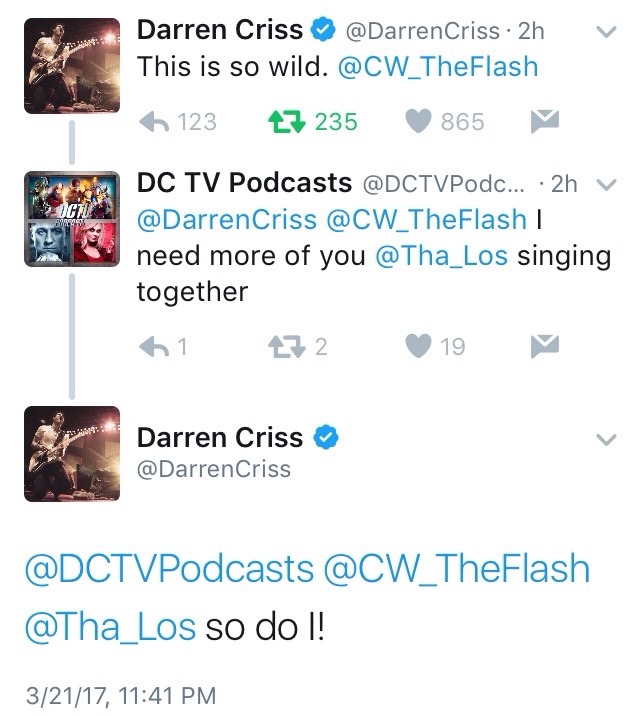 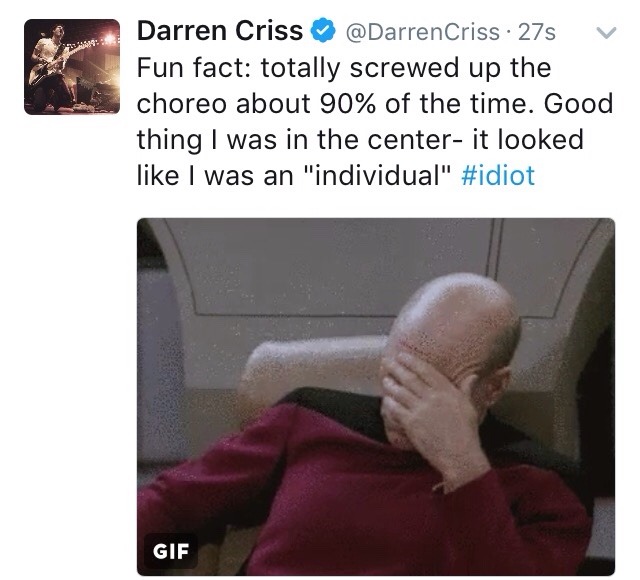 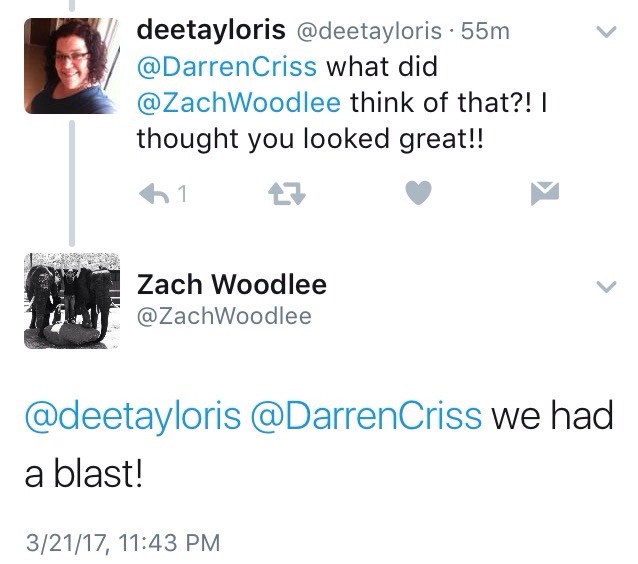 Note:  I thought he looked great in the choreography.  I only noticed the one time that he did not seem to sync with Carlos and John B (and I only noticed that because John B. talked about it in his Facebook video--if John hadn't mentioned it, I would have assumed what Darren said, that since he was in the center, he was supposed to do his own thing). 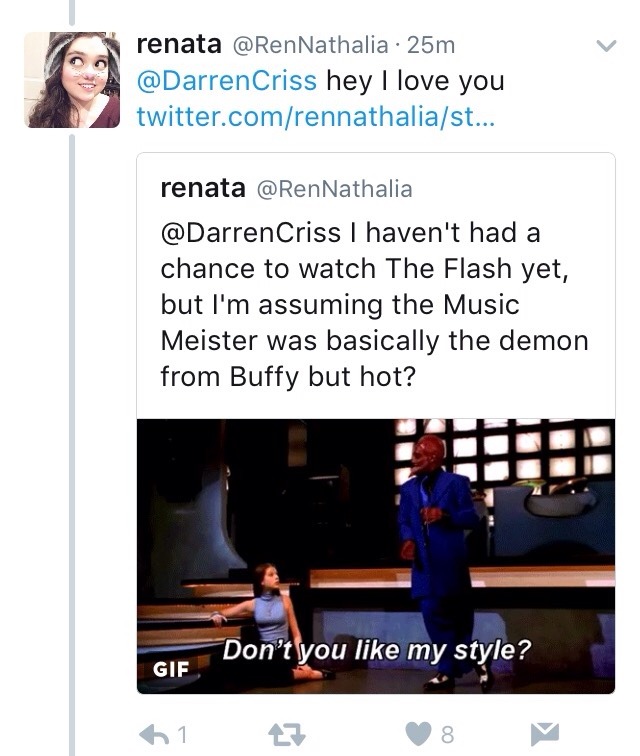