Just got home from watching the Little Mermaid . What an incredible show and wonderful experience. What struck me is the majority of the audience were adults (mostly 20′s and 30′s if I were to guess). And we were all watching the movie raptly as if the first time. And though I would guess that most have seen the movie folks were still delighted by the characters and charmed by the film.


The actors were awesome. First Sara sounded amazing, truly was fantastic. Titus looked like he was having a ton of fun. My section was clapping and singing Under the Sea in unison. Also his Sebastian accent was spot on. The kid that played Flounder was adorable and very talented. Norm Lewis who played King Triton had the booming Broadway voice and though his solo was short he sounded incredibly powerful. Rebel Wilson was hilarious, she kept winking and hamming it up to the audience. At the end of her solo Sara took her hand and they left the stage hand in hand. It was adorable. John Stamos was fantastic. He took the conductors baton and started waving it around during his solo. The audience went wild.


Then there was Darren. Oh wow that man has a strong presence and so much charm and charisma. At the beginning of the show he walked out in shorts, a shirt and King Triton’s Trident. My friend turned to me and said, “I thought he was playing Prince Eric.” I’m like yeah but it’s Darren. LOL. Anyway he introduced everyone and of course when it was his part he said the whole “me.” Her Voice is probably my least favorite song from the show but he did great and I loved that he played the guitar as well. Darren really shined during If Only. All 4 actors sang beautifully. I especially loved when Sara and Darren had their little duet during the song and the screen showed them next to each other though they were standing apart on stage. Really cool. Anyway Darren was fantastic and his voice soared beautifully at the end of the song.


After the intermission there was a violin solo by Sandy Cameron. She was unbelievable. She played a medley of the LM soundtrack, accompanied by the orchestra, and she was walking and dancing as well. We were all awestruck by her talent and energy.


Another favorite part was when Sara introduced Jodi Benson. The crowd went crazy, like totally nuts. Then she said she would like to sing. I had tears in my eyes. This woman’s voice is so much a part of my childhood that listening to her live felt like a dream. What an incredible moment. I don’t even know how to describe the feeling. I’m so glad she was included.


Alan Menken started the show with a medley of his songs, from Aladdin, to Hercules, to Little Shop of Horrors, to Newsies and Galavant and many others. What a dream to listen to the man who has created so much of the music that I grew up and that I still cherish until today.

I’m so glad I got the chance to see the show and experience the magic. I’ll never forget it.


Nice  set of clips from dailydarrennews:

Some of my favorite pics, Darren with King Triton's trident.

I think TiburonWriter took these? 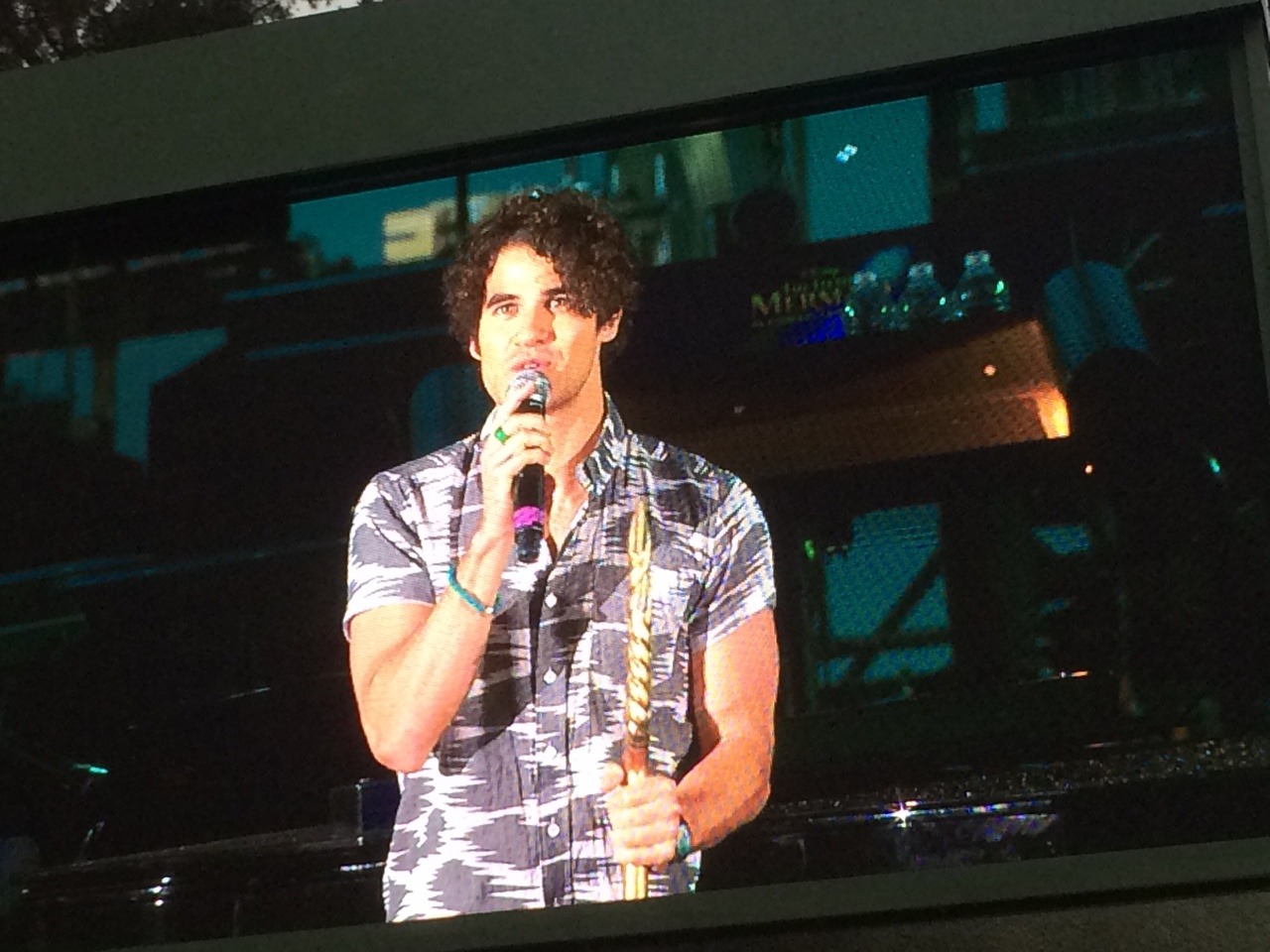 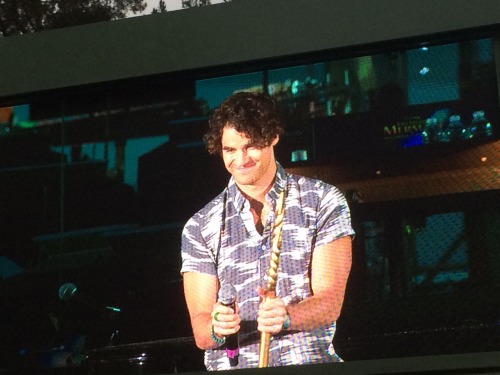 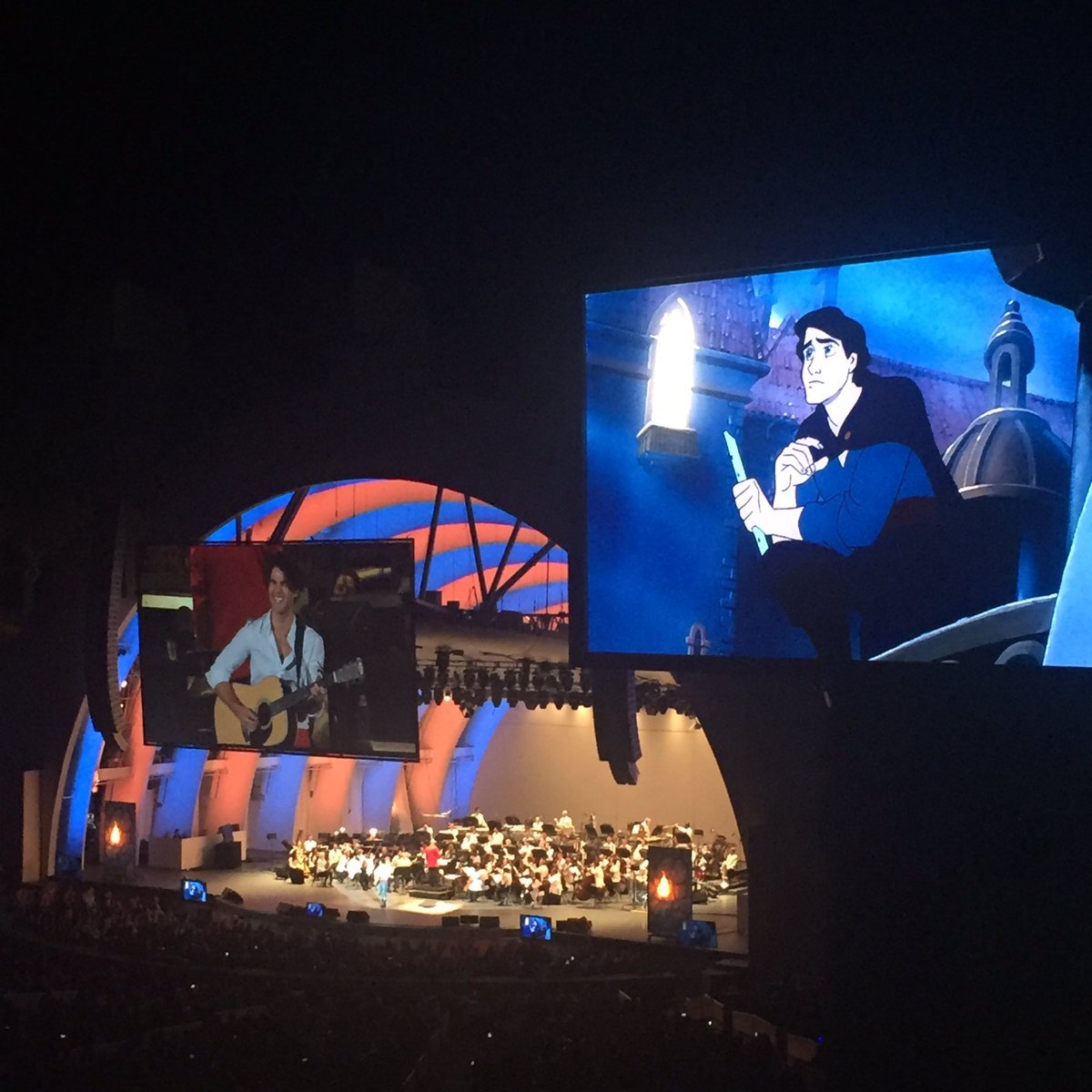 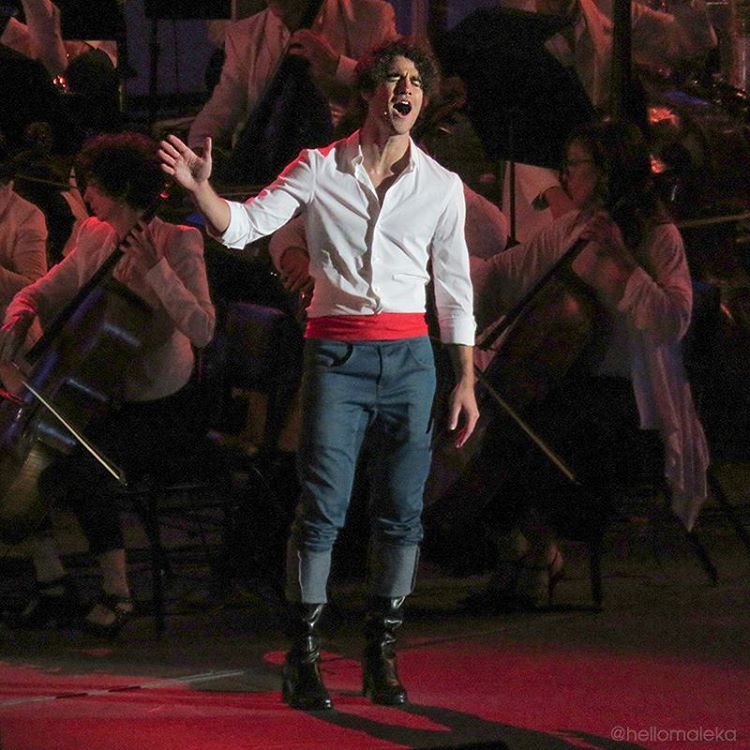 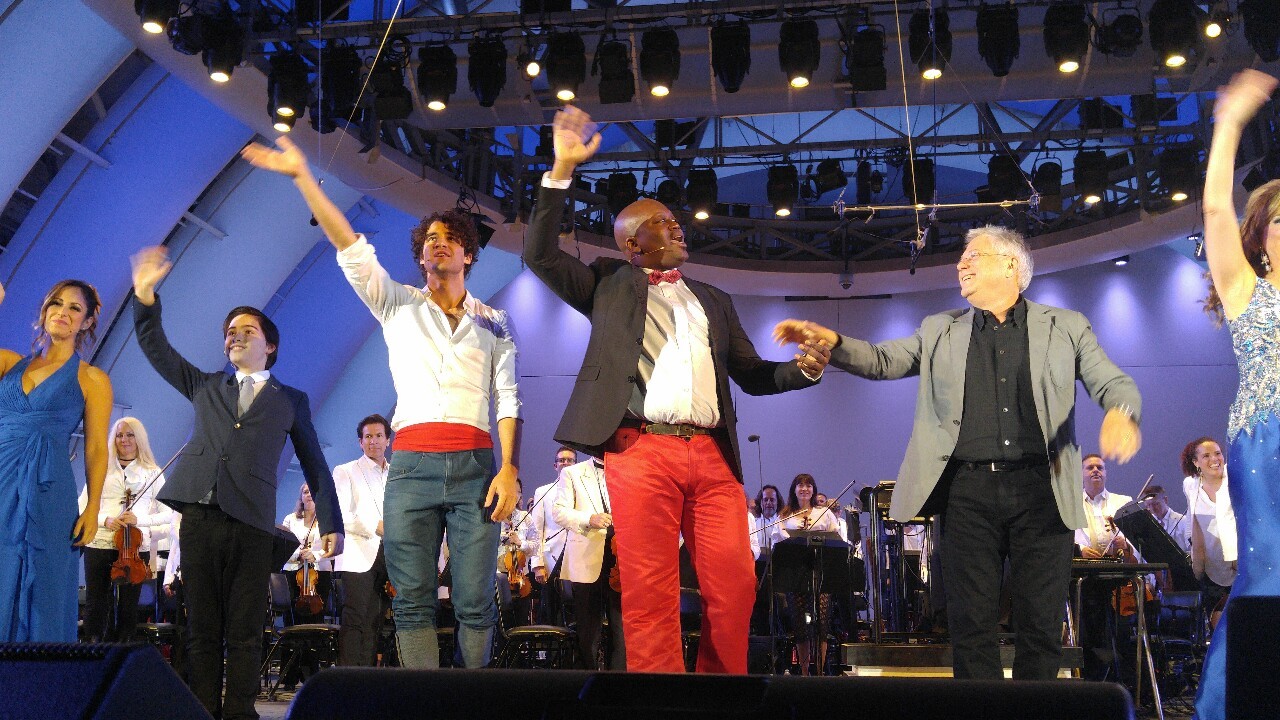 
These are really nice close ups.  The middle one is particular is adorable. 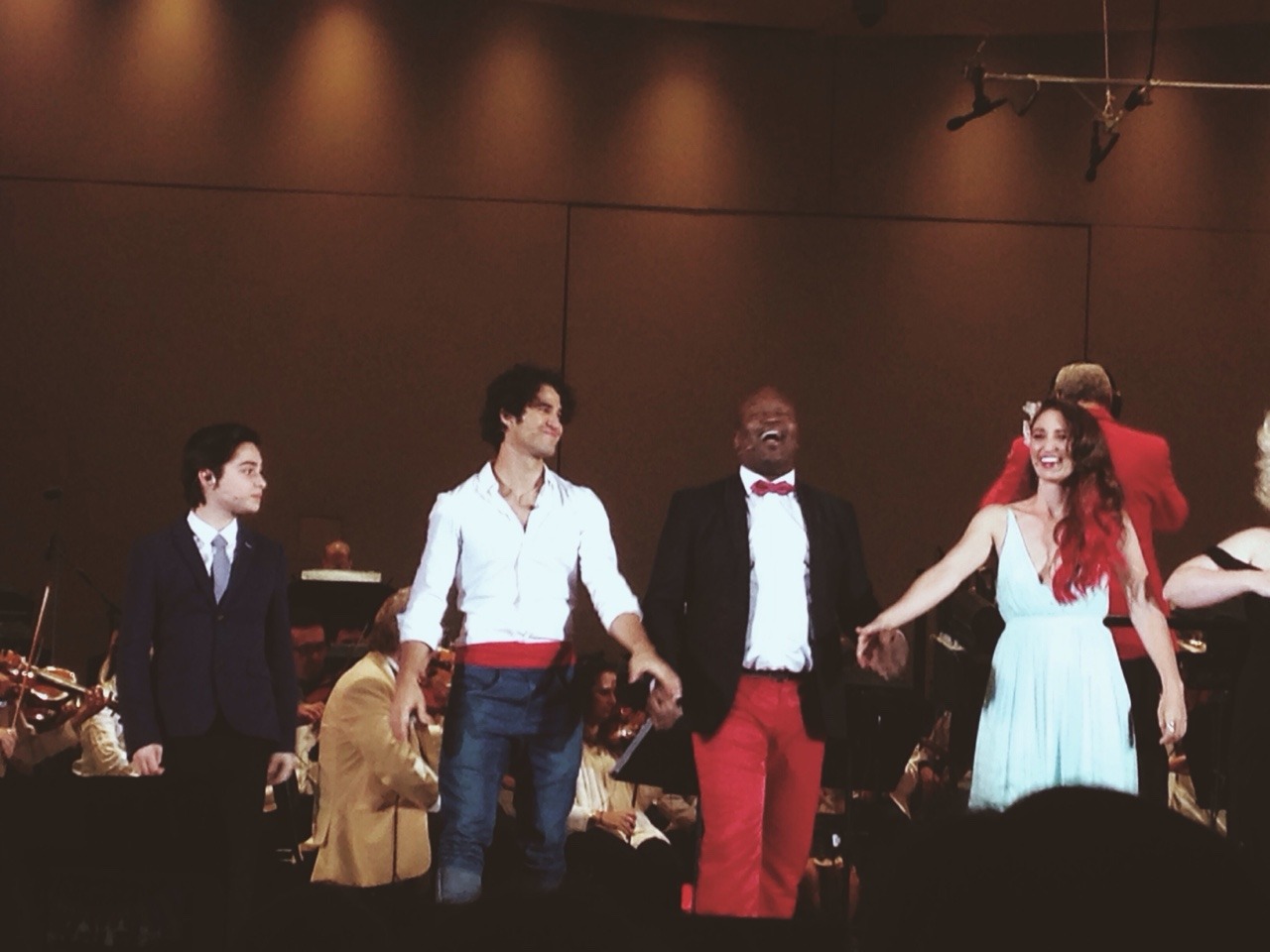 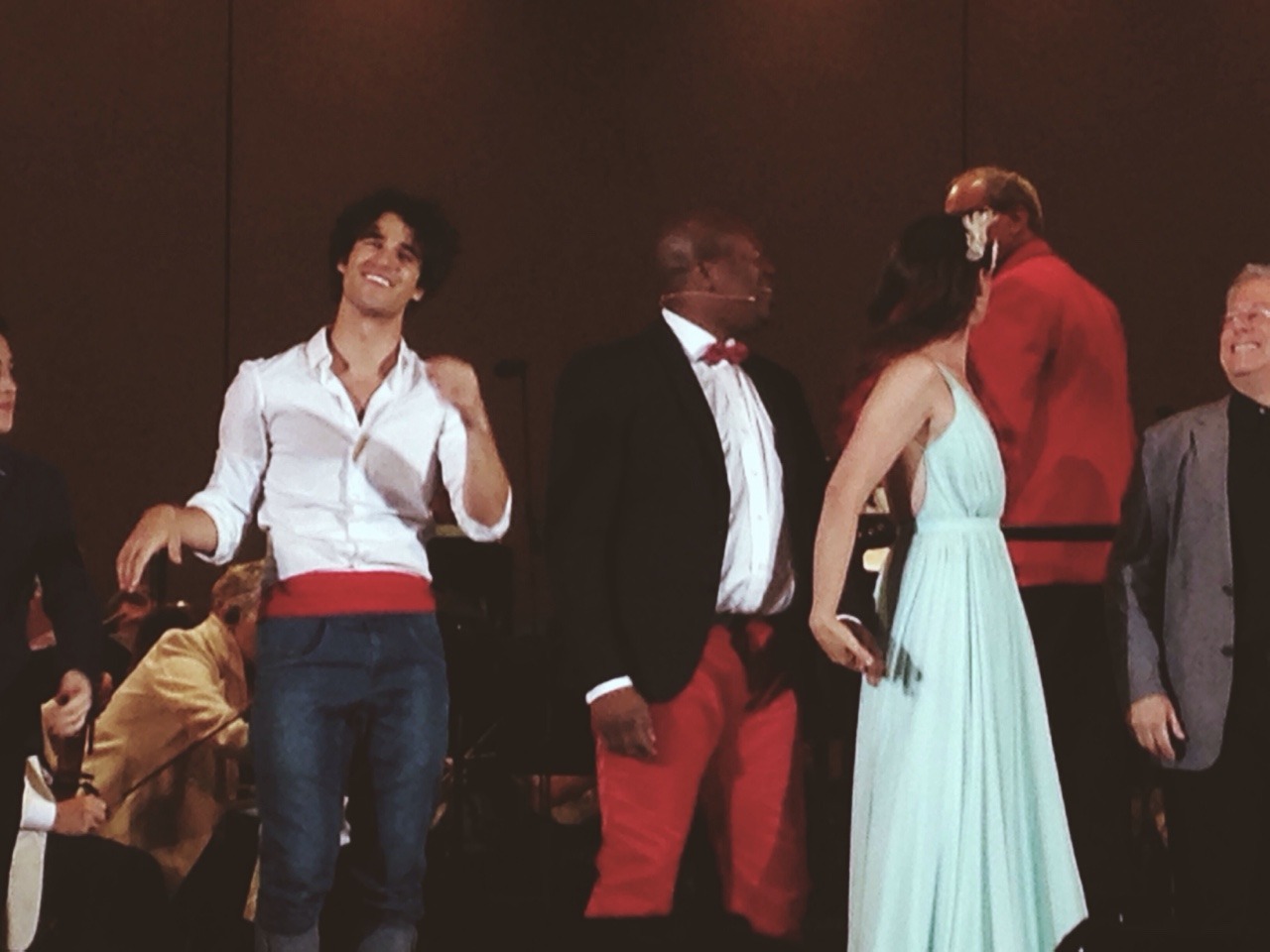 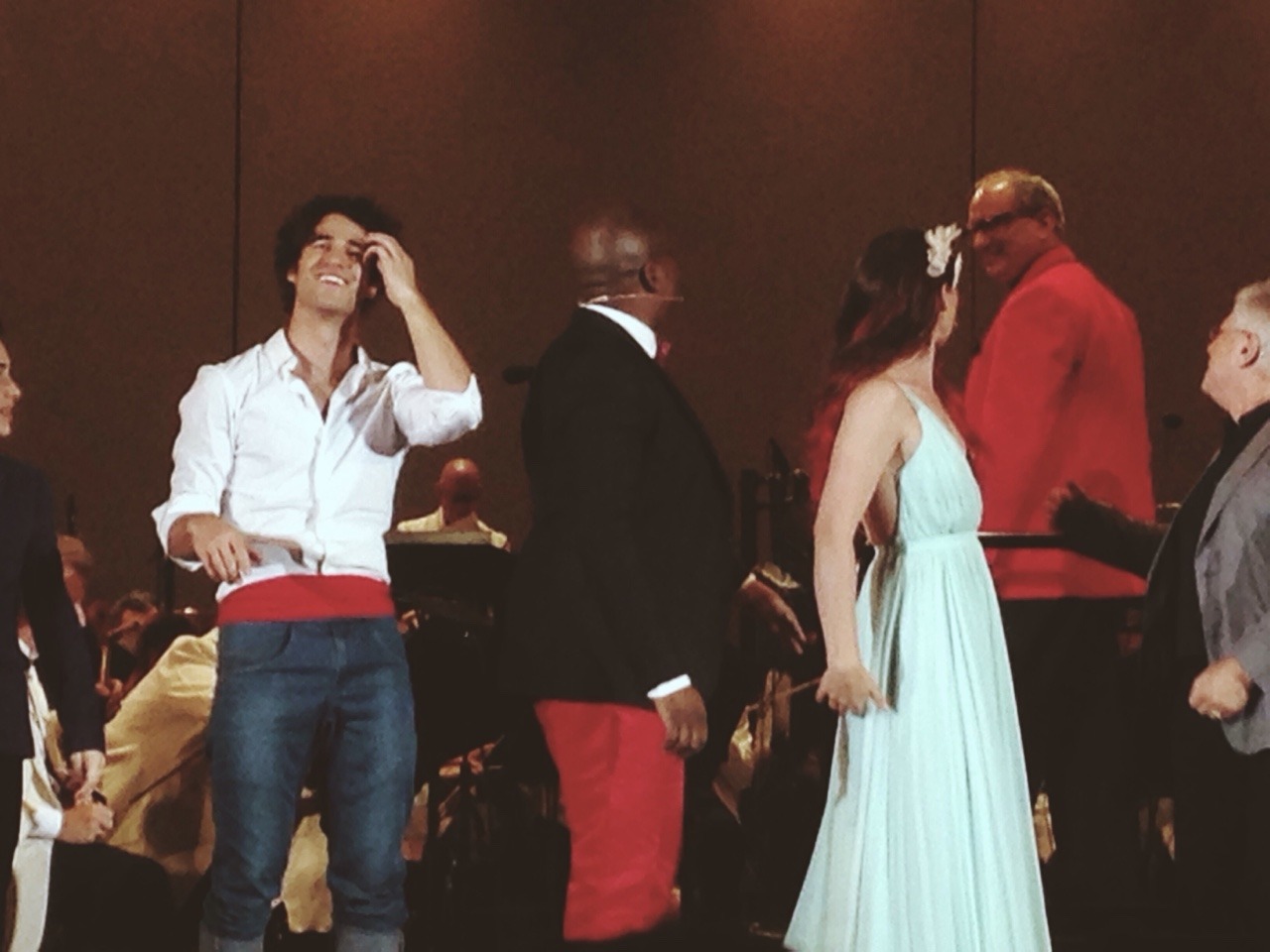 I'm guessing Darren is smiling at Alan Menken as he enters the stage for curtain call? 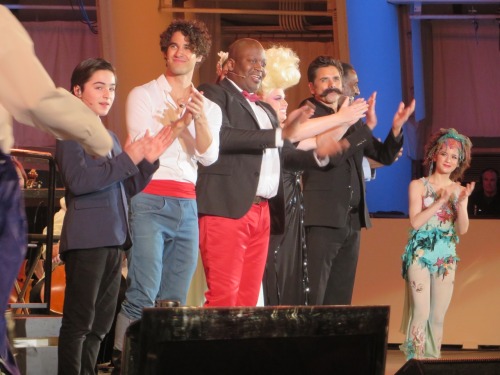 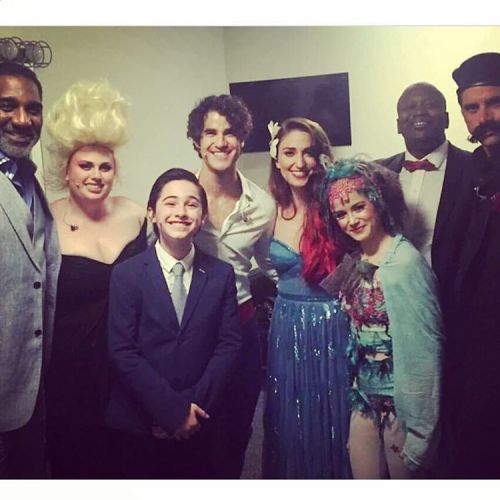 dailydarrennews
rebelwilson: Sooooo much fun working with this incredible cast! And singing such incredible material! Thanks Norm, Josh, Darren, Sara, Sandy, Titus and John and Thanks Alan Menken for being such a lovely genius x ps final show MONDAY at the Hollywood Bowl!! 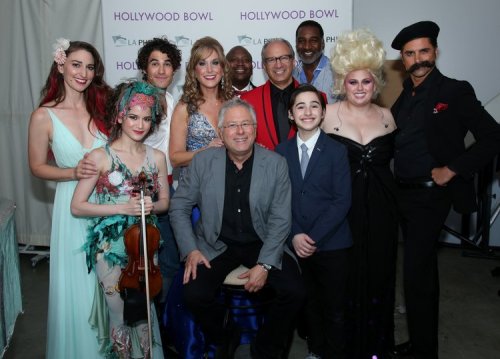 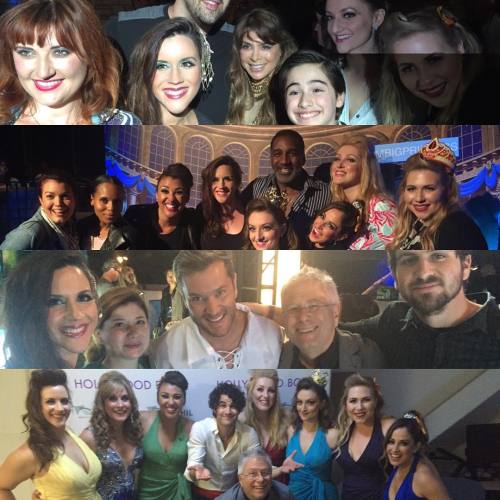 brianaleevocals: I love my sisters! And @darrencriss sang me a song he wrote in high school with my name in it. I won’t repeat the words. #littlemermaid #ariel #jodibenson #princeeric #darrencriss 
Darren is such a ham.  Nice message from Delaney (Jodi Benson's daughter). 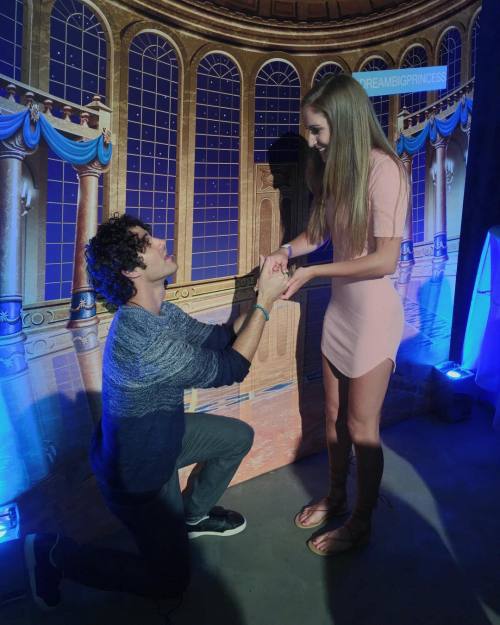