Darren performed at a concert, Celebrating David Bowie (NYC) today (January 10, the one-year anniversary of David Bowie's passing).  I like how Darren changed his voice slightly in a way that's more gravelly and rock, and the way he forms the words of the lyrics.  Such a chameleon.

ha.  I laughed at the posting person's comment:
extralegroom   "That time I saw the guy from Glee sing #DavidBowie at #Terminal5 and it was actually pretty cool"


heh.  Darren talking about his love for the American Songbook, and then singing David Bowie.  What a contrast in musical tastes. 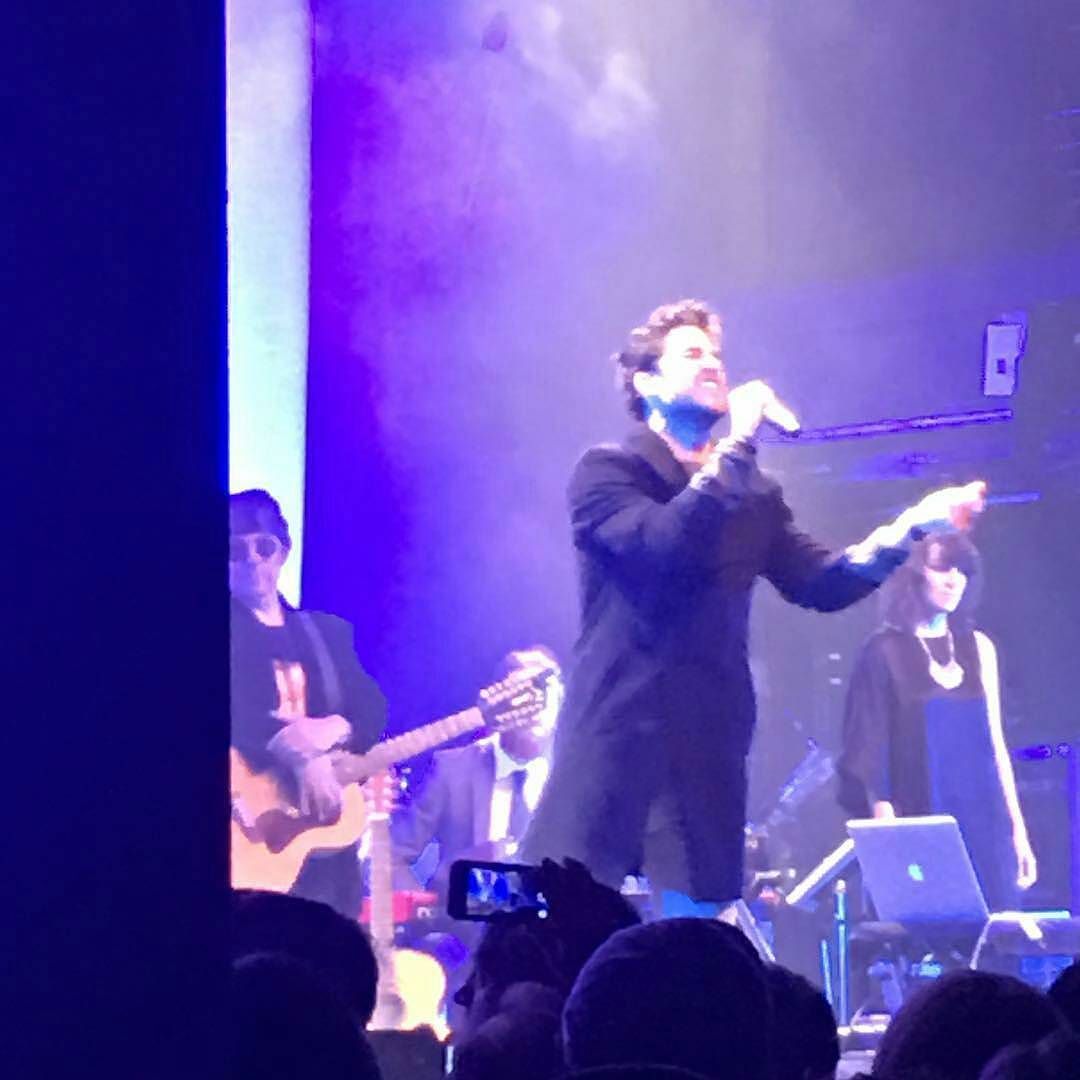 
I love this pic.  His pose, the lights, the colors, the musicians, the audience. 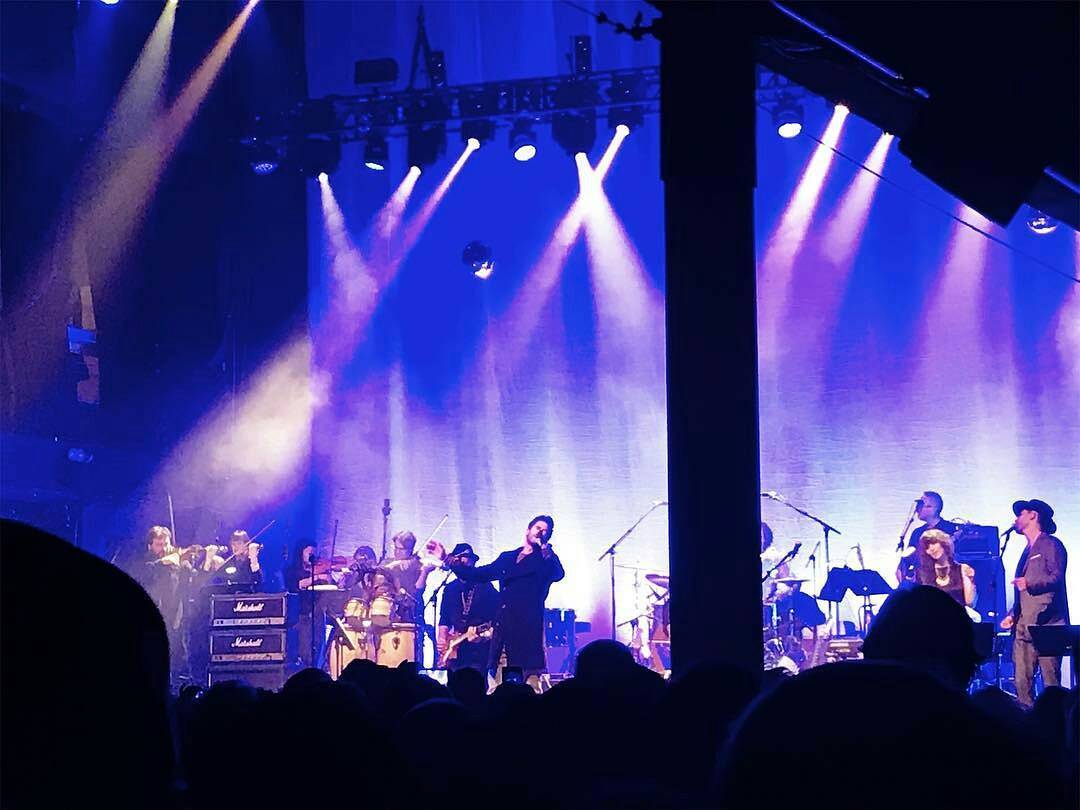 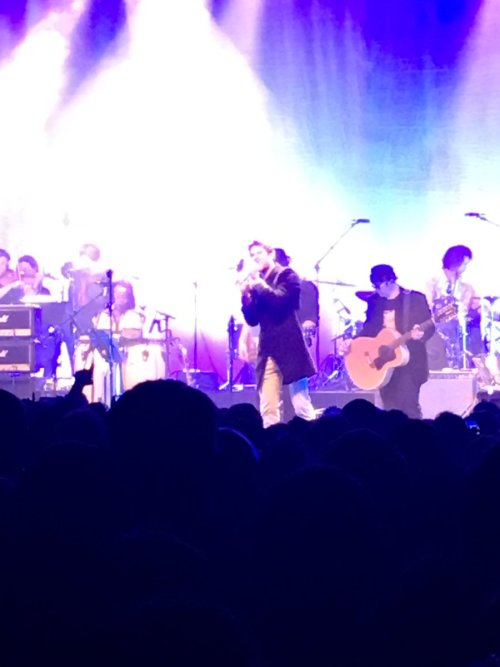 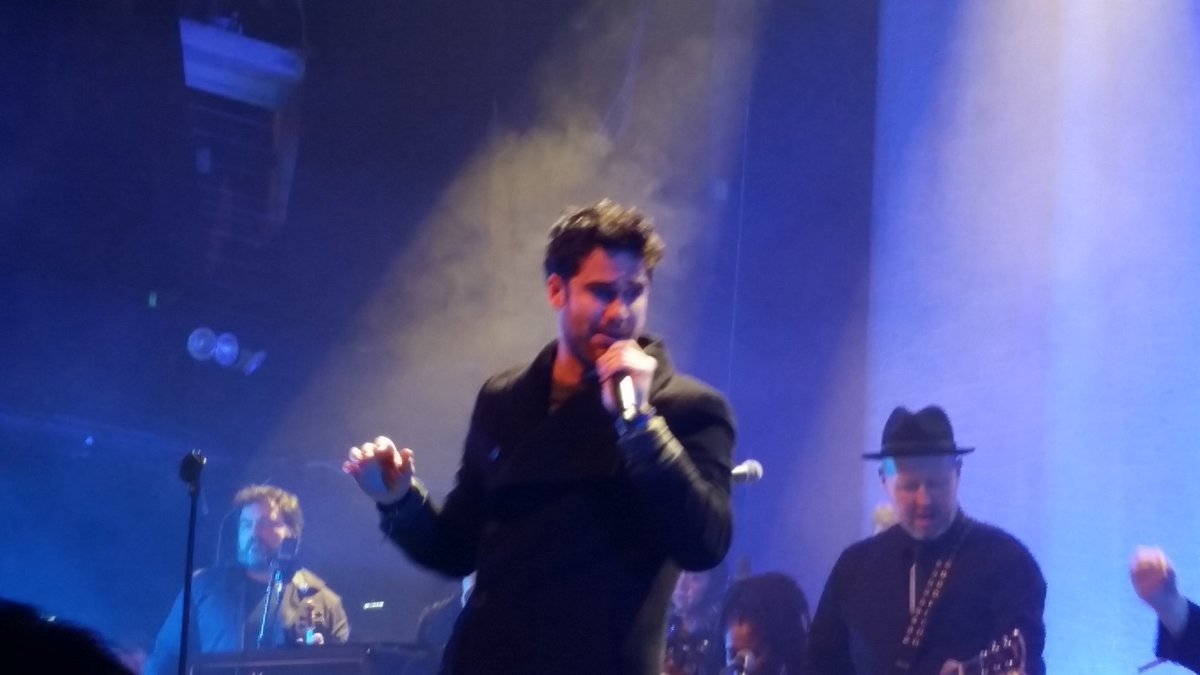 Thanks for posting that other video!