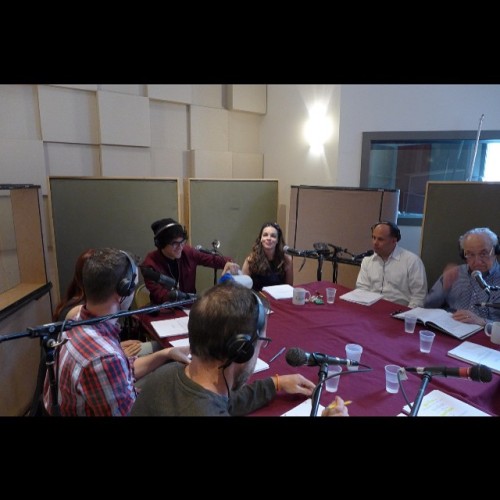 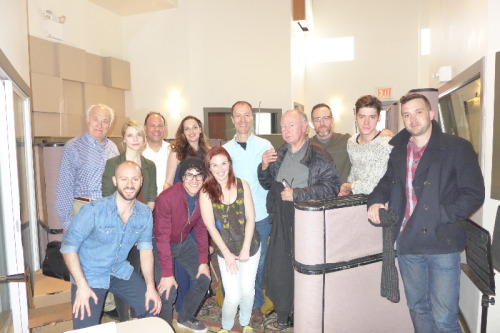 endlesslyklaine:
Recording The Other Side (Source)

Note:  Dani Tenenbaum is the director of "The Other Side."

A short description of the plot:
"When Jacob, a young Hasidic Jew and Hannah, a beautiful hipster girl expose a horrific crime by a religious leader it threatens to disrupt Jacob’s perception of his entire existence within a secretive community in Brooklyn and sends the pair on a journey of exploration and self- discovery."
-The Other Side Facebook

The Black List Table Reads takes the best and most exciting screenplays Hollywood hasn’t yet made, and turns them into movies, for your ears. Black List founder Franklin Leonard presents a new script every month read by a rotating cast of talented actors, along with interviews from the Hollywood screenwriting community and beyond. | Link
You can listen to the readings Darren was a part of here: Part 1 | Part 2 | Part 3 | Part 4
Search in: Darren's Miscellaneous Theater Work 2015-2016  Topic: Darren's Miscellaneous Theater Work for 2015- 2016 (Table Readings, Short-Term Projects, etc.)  Replies: 29  Views: 2563