In celebration of Halloween and Darren's awesomeness:

Wehoville wrote:
WeHo’s Halloween Carnaval: All You Need to Know to Enjoy It


This year’s Carnaval is a celebration of the disco era and will feature DJs at several stations along Santa Monica Boulevard. The DJ’s are listed on Page 2 below. West Hollywood Mayor Lauren Meister and City Council members will host a brief program at 9 p.m. [on October 31st] at the San Vicente stage located at the intersection of Santa Monica and San Vicente boulevards to honor “Glee” star Darren Criss as King of Carnaval.

Best known for his role as Blaine Anderson on the hit television series Glee, Criss is currently starring as Hedwig in the national tour of the hit Broadway musical, ” Hedwig and the Angry Inch,” which opens at the Pantages Theatre in Hollywood on Nov. 1.

Criss began his career as one of the founding members of the Chicago-based musical theater company StarKid Productions, where he played the lead role of Harry Potter in “A Very Potter Musical.”

He has also starred in the Broadway production of “How to Succeed in Business Without Really Trying,” has had recurring roles on television’sAmerican Horror Story, “” and made his feature film debut in the comedy”Girl Most Likely.”

Ok, this is so crazy and hilarious.  I love it!   Grand idea Darren and Mia!

Darren dressed up as Elle or Eleven from Stranger Things, and Mia as Barb (poor, poor Barb)!   There needs to be a Starkid spoof of Stranger Things, where Darren is Eleven!  Is anyone watching ST by the way?  I like it, mostly because I love the dynamics between the kids. 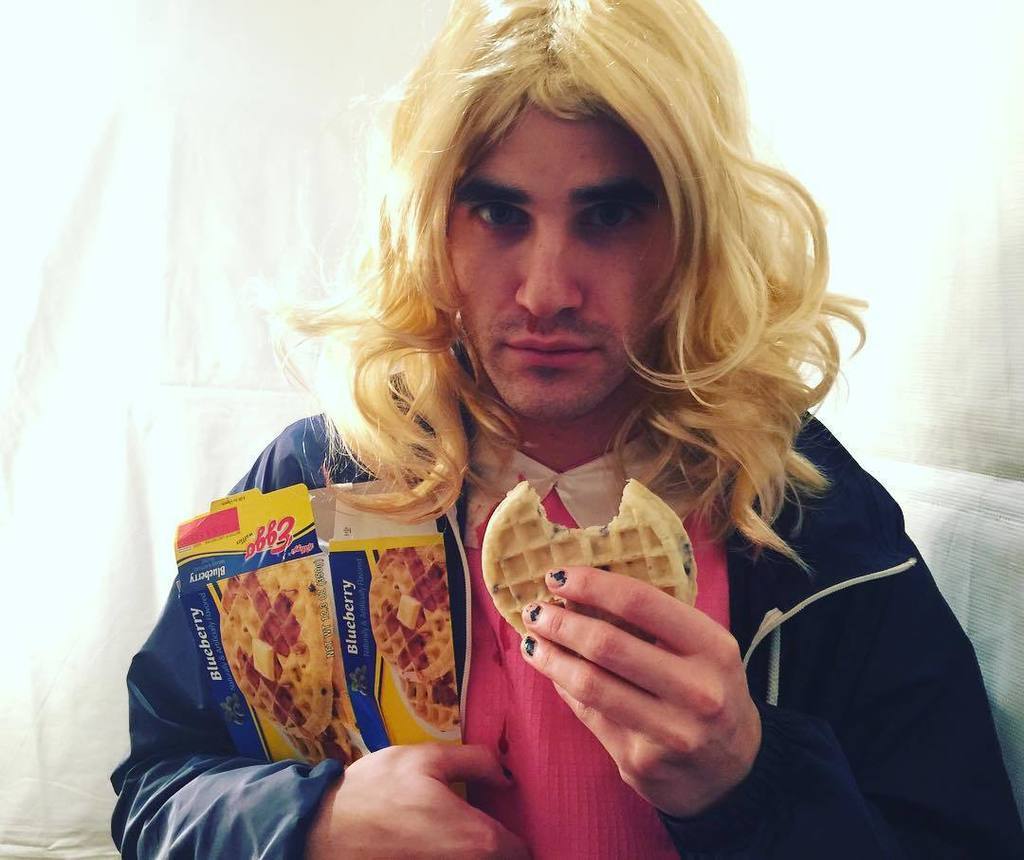 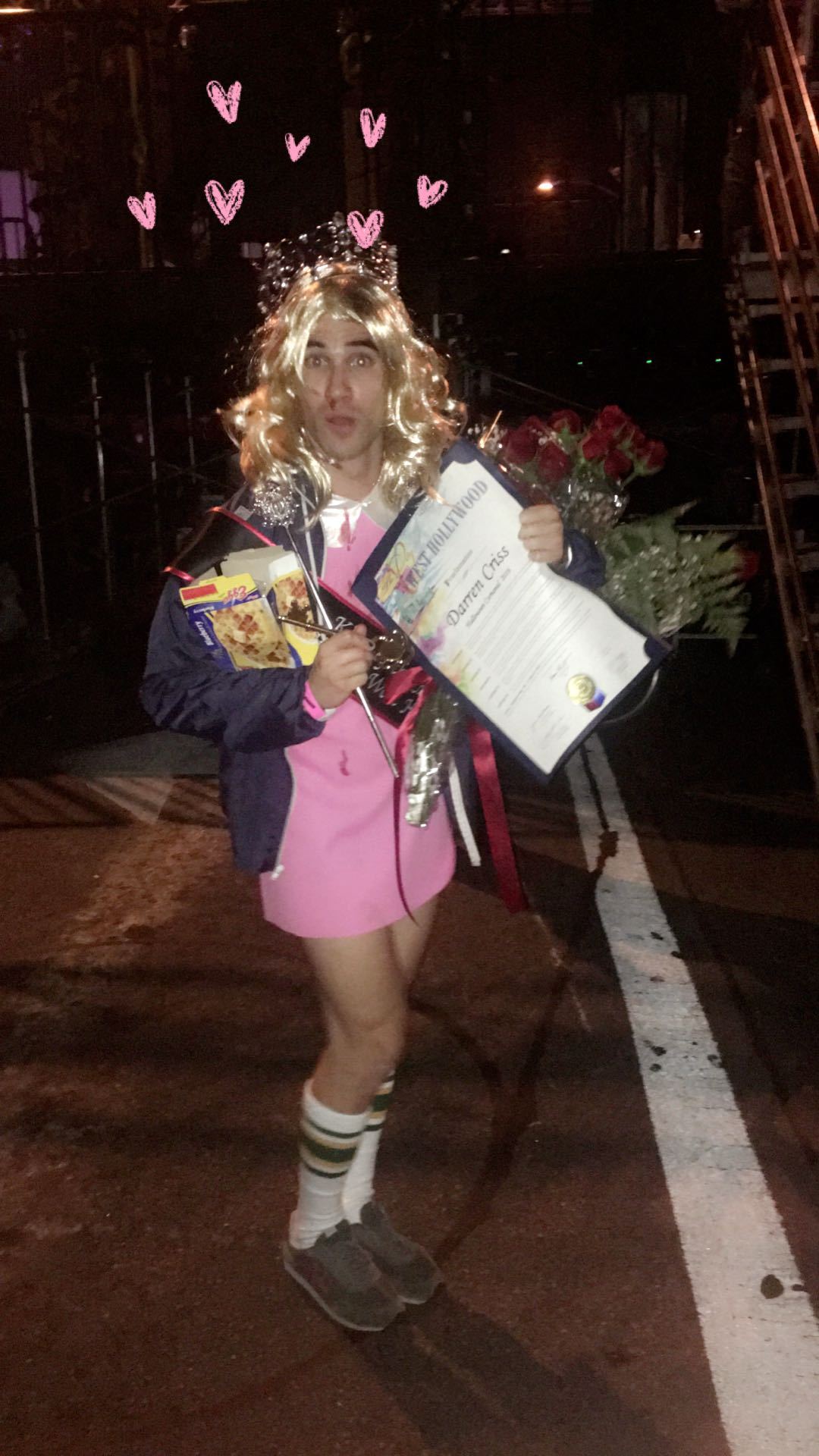 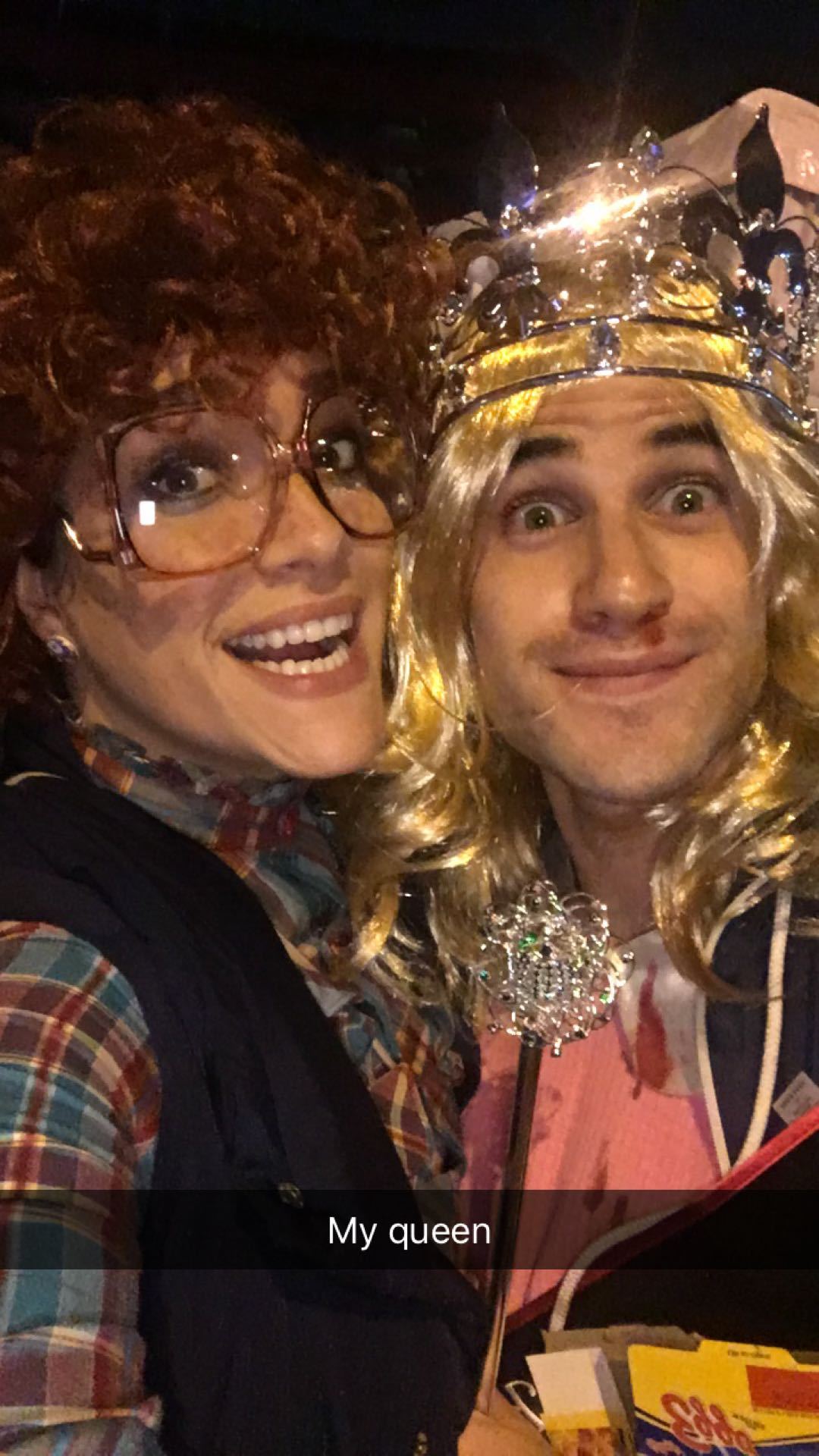 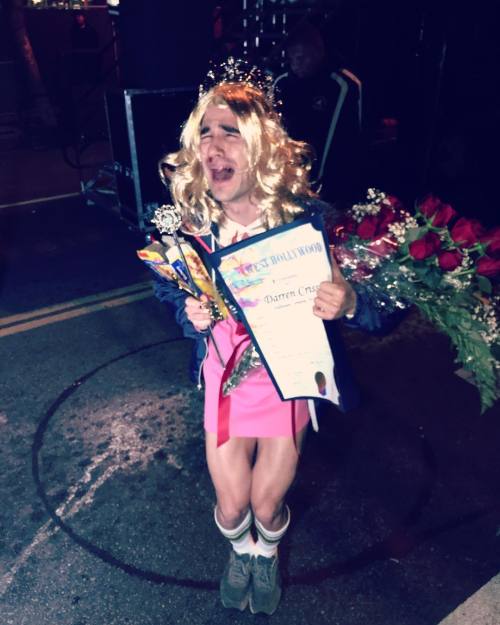 
I like the little touches, like the blood dripping from her nose and the blood on her dress.

Look at the details! 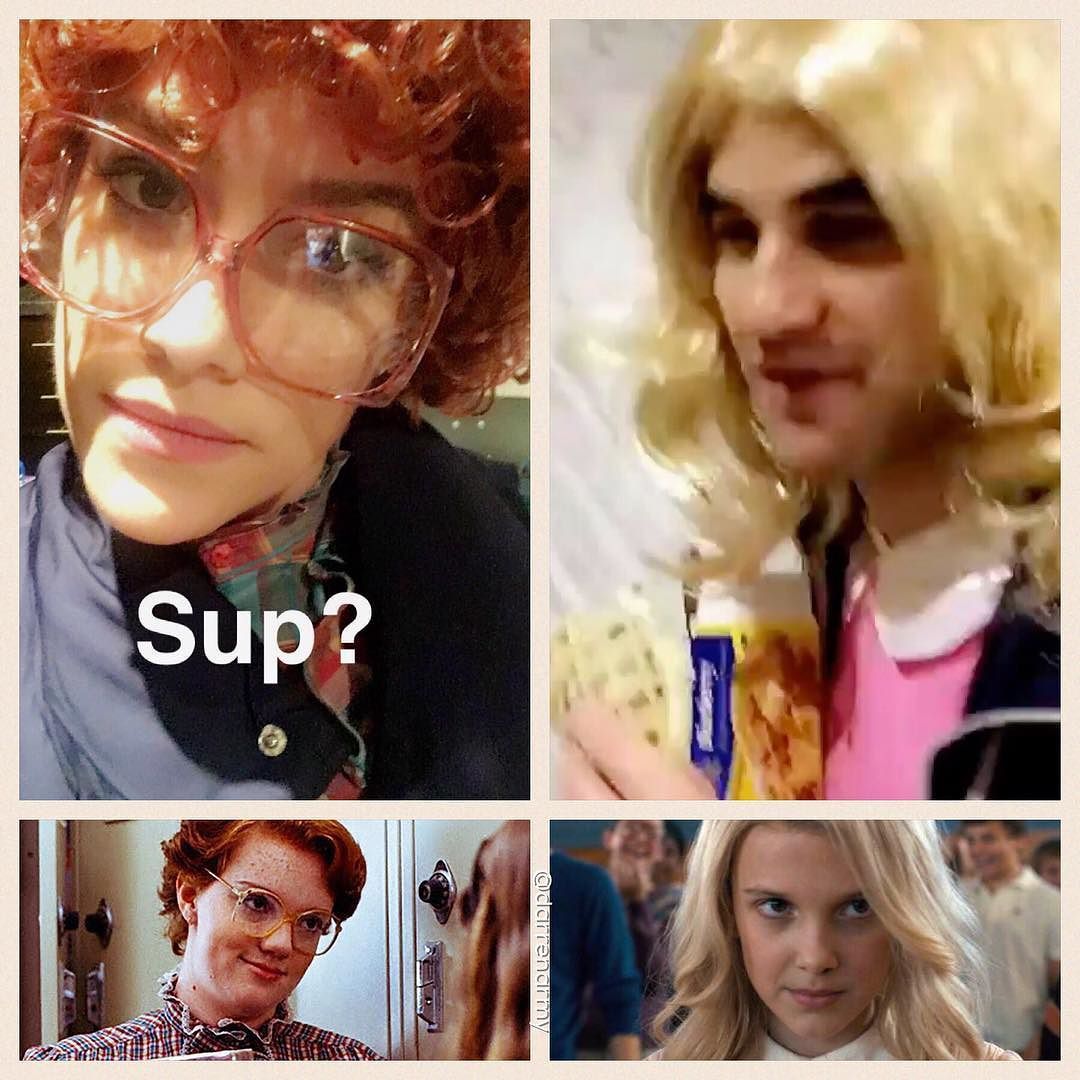