I wonder what this is about??? 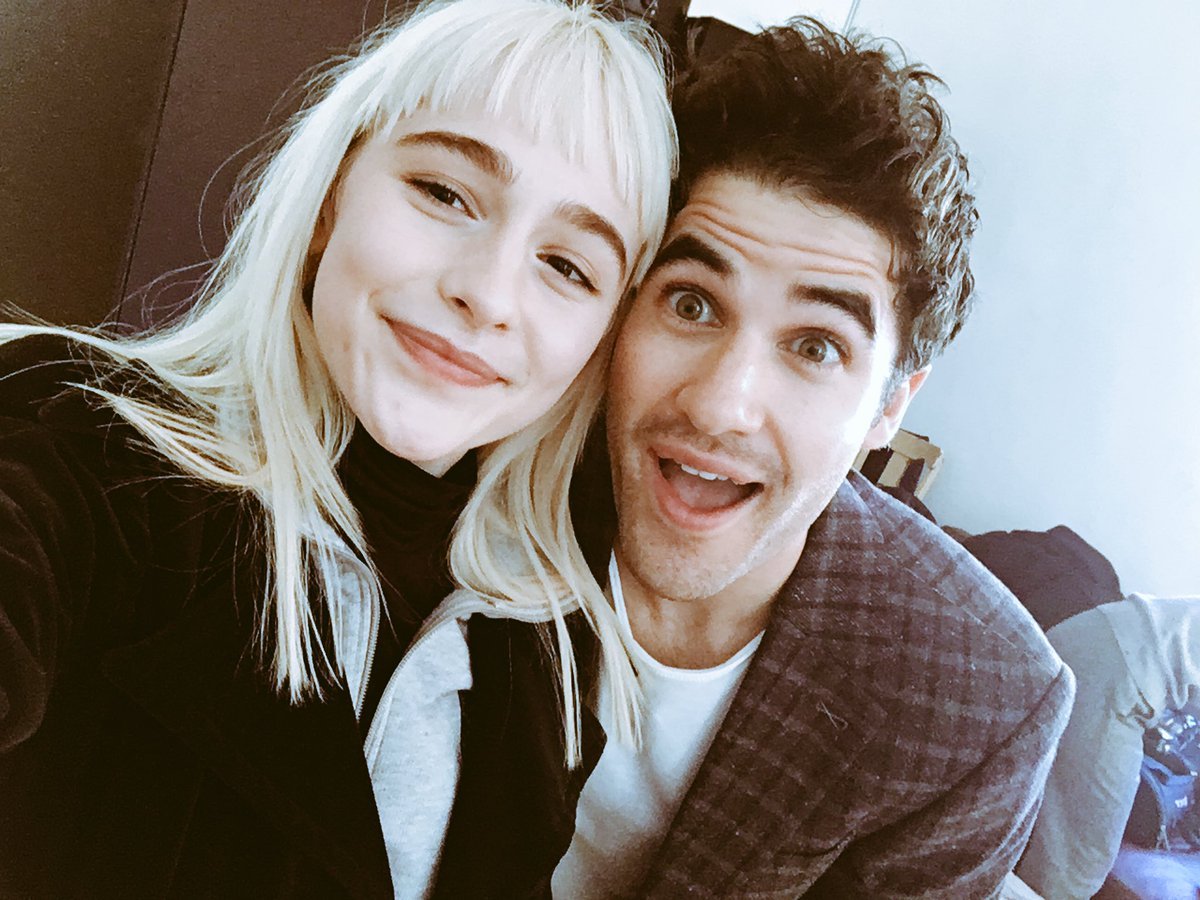 Oooh. This intrigues me!  Darren is clean-shaven and he's at a photo shoot for Today Tix (she tweeted later that she didn't mean UK):

She is linked to the musical "Lazarus" and she mentioned that the photo shoot is somehow related to that:

This actress (who played "the bullet" in "Hamilton and was also in "A Bronx Tale" also tweeted today: I'm trying my hardest not to let my imagination and hopes get away from me, but . . . I am.   A David Bowie project would definitely be something Darren would be stoked to be a part of.   8)

. . . Or it could be something completely different and I am totally off-base here, which is more than likely.

There are some talented people attached to this project though . . . whatever it is.

What are you up to, Mr Criss?! Whatever this photo shoot is for, I hope Darren enjoys the process.

Okay, I just went to the WE Day site (see link above) and when you hover over Darren's pic/name on the celebrity list, it says, "indie alt-pop band from brothers Darren and Chuck Criss."


Does that mean Computer Games will perform at WE Day?  That sounds highly likely since Darren has performed at past WE Day celebrations. I hope so. That would be awesome!

ETA:  My apologies for the wonky cut/paste of Sophia's tweets. I dunno how to do that correctly . . . obviously.