Another audio of that preview of "Every Single Night" single from Computer Games' EP.


So nice of Mason Trueblood (Season 6 Warblers) to show his support. 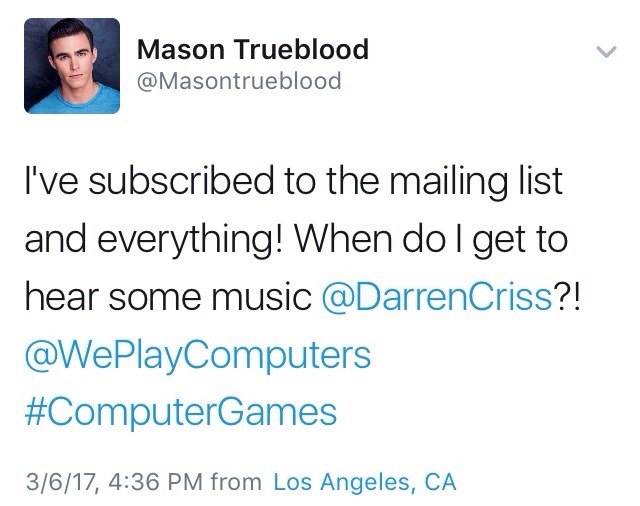 Darren is visiting some media today.  I'm guessing he's talking about both Computer Games' music launch concert tomorrow, as well as talking about his role as the Music Meister on The Flash and Supergirl, and maybe about Versace:  American Crime Story.  I hope he has a date for the release of the EP and also has an update on his film, Smitten! 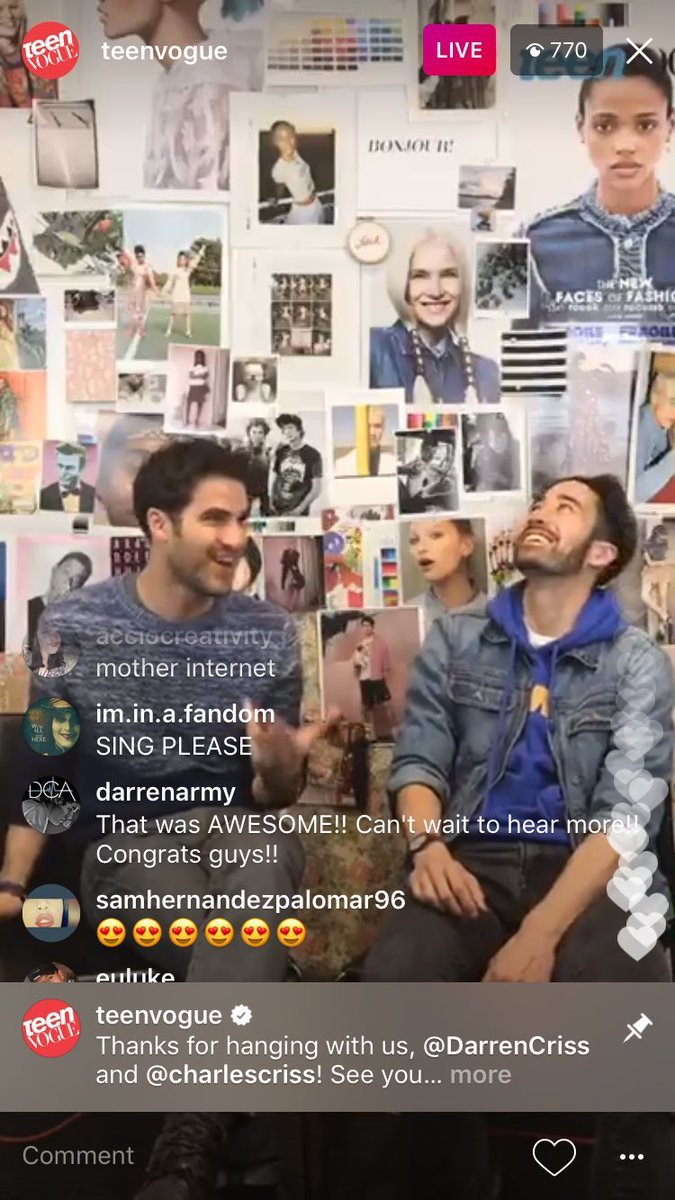 
It looks like Darren is tentatively scheduled to be on Conan.

I remember that Darren holds Conan in high esteem, so I'm glad he is going to be on his show.


Aubrey Plaza and Darren Criss are headed back to “Conan.”

Per listings issued to television providers, Plaza and Criss will appear as interview guests on the March 14 edition of TBS’ late-night talk show.

Like all talk show listings, “Conan” lineups are subject to change. Headline Planet will provide an update in the event Plaza, Criss or Old 97’s are moved from the 3/14 show.

Anyone interested in 2 tickets to the Computer Games release party/concert at the Mercury Lounge in NYC tomorrow (Wednesday March 8, 2017)?

So it turns out I have 2 extra tickets for the Criss Bros’ Computer Games show at Mercury Lounge tomorrow night. Face value (which with fees, etc comes to ~$21). Please message me through tumblr if you’re interested.  Thanks!
(I’m at work, so I’ll get back to folks as soon as I can.) 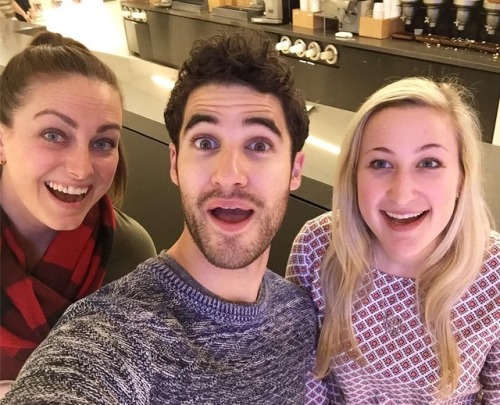 amanda_rosen It’s not everyday that the 8th floor kitchen has goldfish AND Darren Criss. 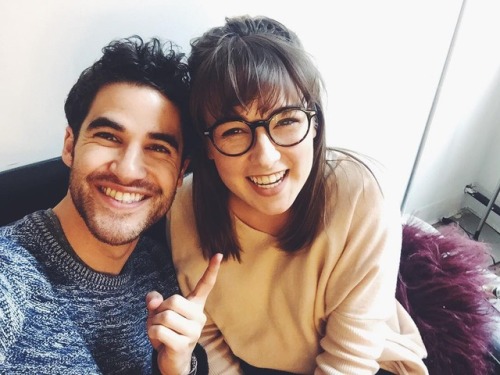