Zelda Williams is Robin Williams's daughter.  She is a childhood friend of Darren.  She had seen Darren in Hedwig on Broadway. 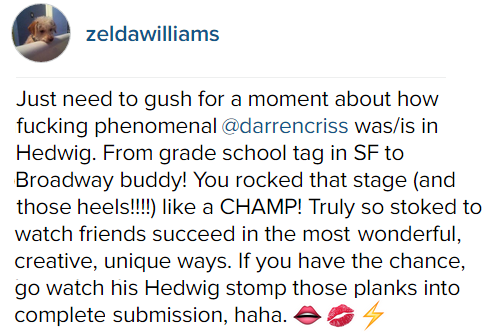 She tweeted this today.  So sweet that she is thinking of Darren as he performs Hedwig in Los Angeles. 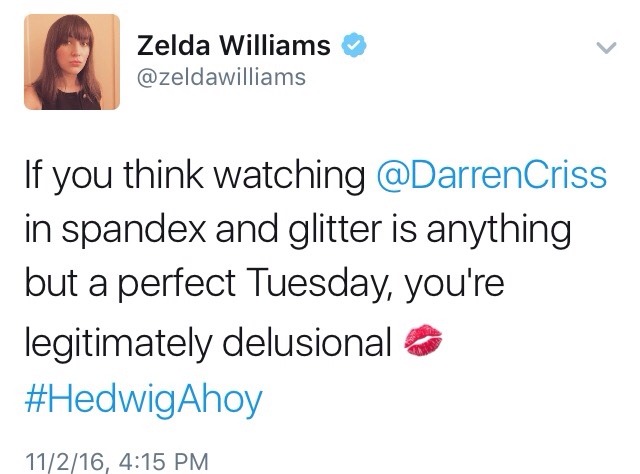 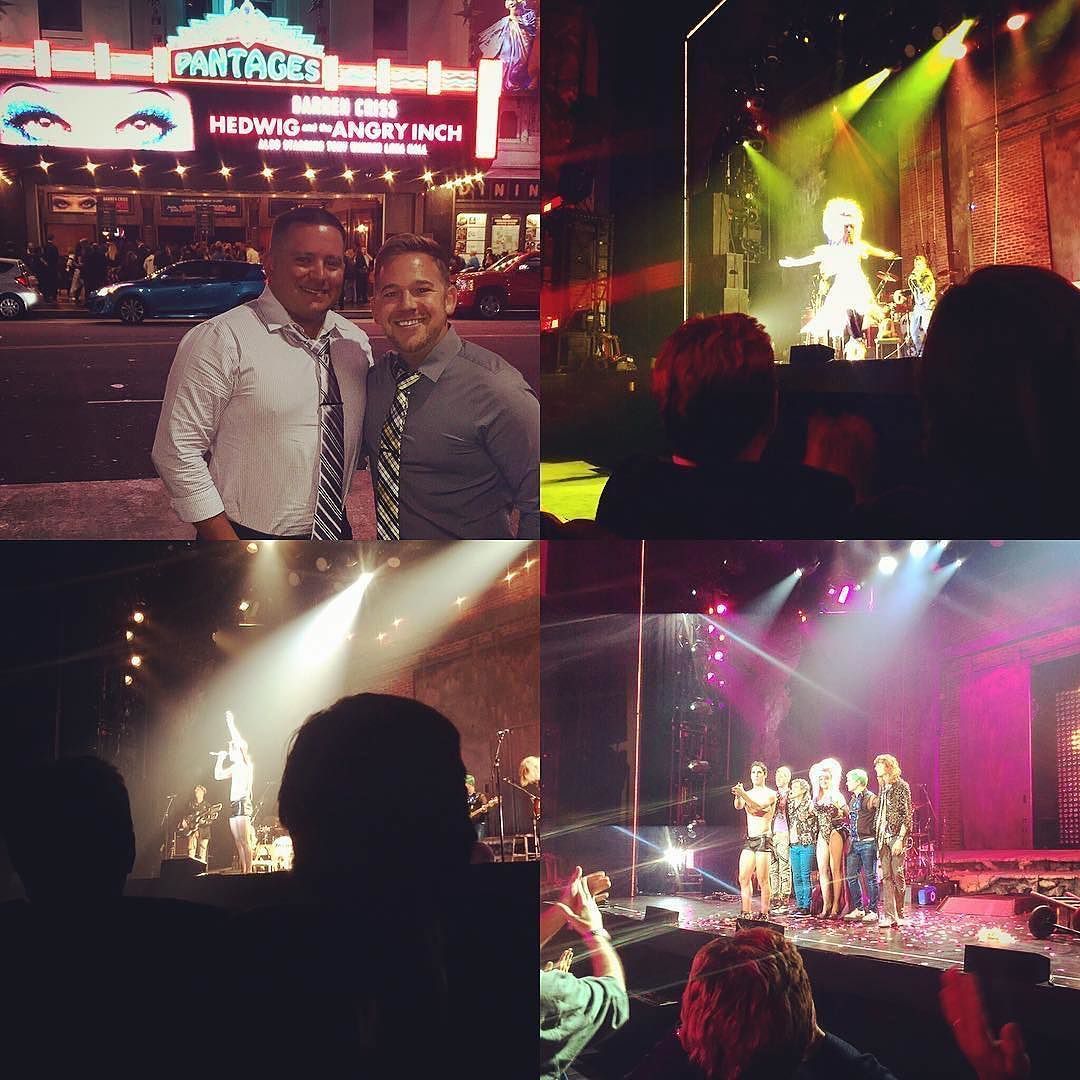 Tonight was magical!! My husband surprised me with opening night, second row seats to Hedwig!!! Thank you so much baby, it was amazing. #HedwigAndTheAngryInch #DarrenCriss #PutOnMyMakeup #TurnUpTheEightTrack http://ift.tt/2fv0DCX 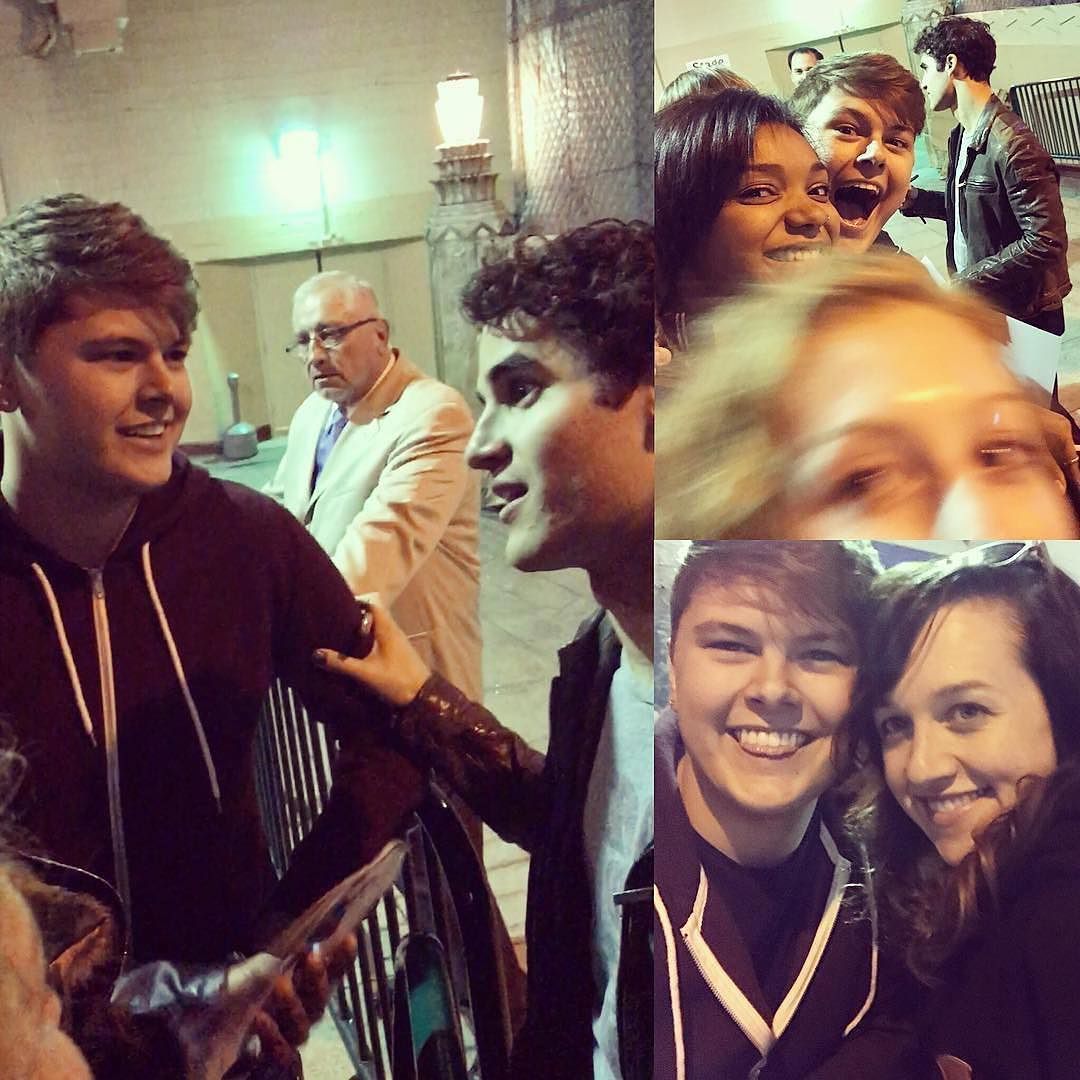 Such an amazing time seeing #darrencriss and #lenarockerhall KILL their opening performance of one of my all time favorite shows, Hedwig and the Angry Inch!! (And yes I died immediately after Darren rested his hand on my arm for our entire conversation ) http://ift.tt/2f0Hrsh 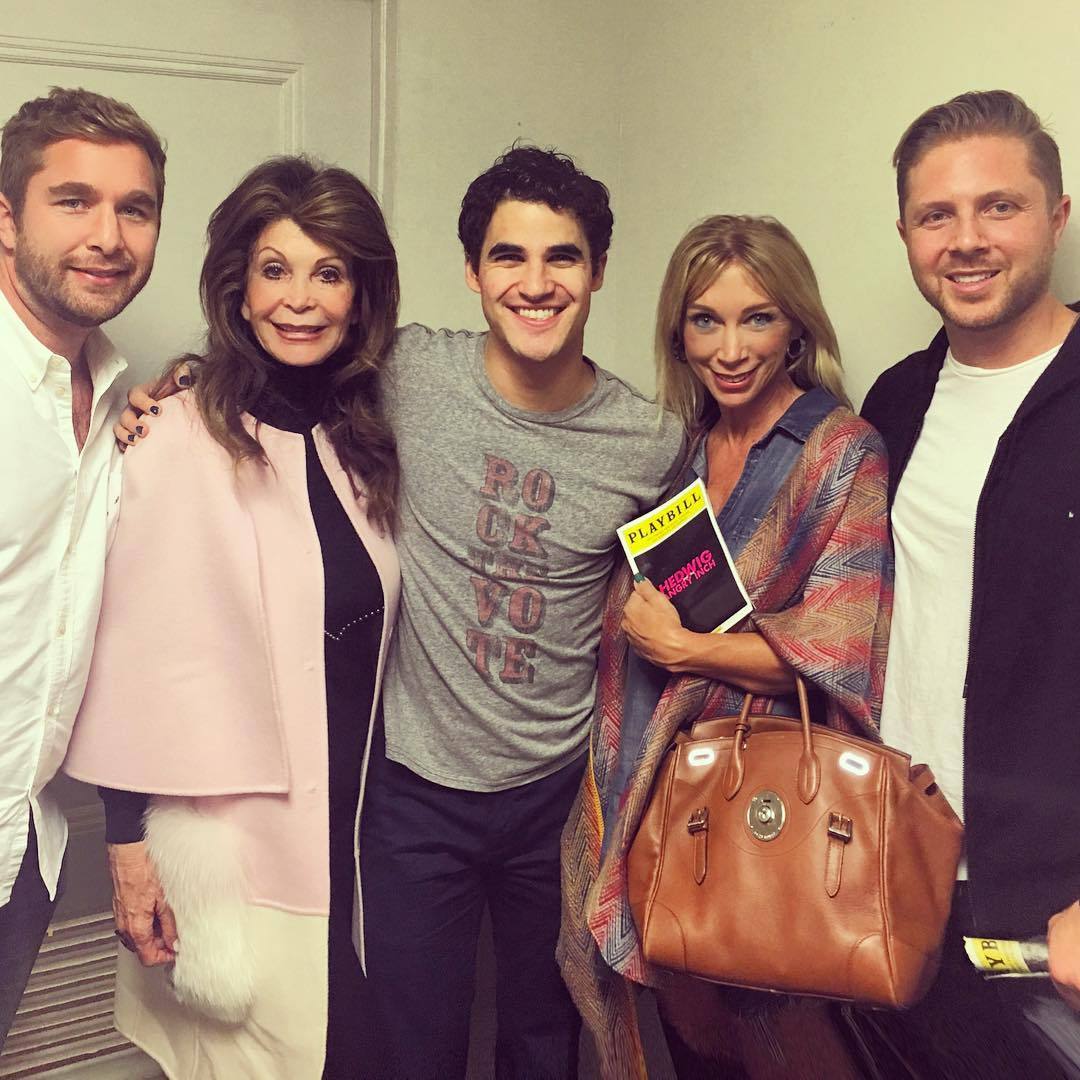 larawsb: @darrencriss rocked our worlds tonight (and made us laugh and cry as he took us on an unforgettable 90 minute journey as Hedwig running all November~ a must see! #hedwigandtheangryinch melmels91  Hedwig was one of the most amazing things I have ever seen!  Truly inspirational.  Ecstatic we met him afterwards!  he was the sweetest!

ryryshangster  So Impressed!  @darrencriss left it all on the stage.
Good luck with getting rid of all the glitter.
Blaine has abs. 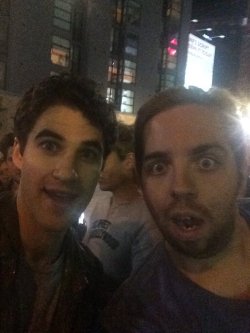 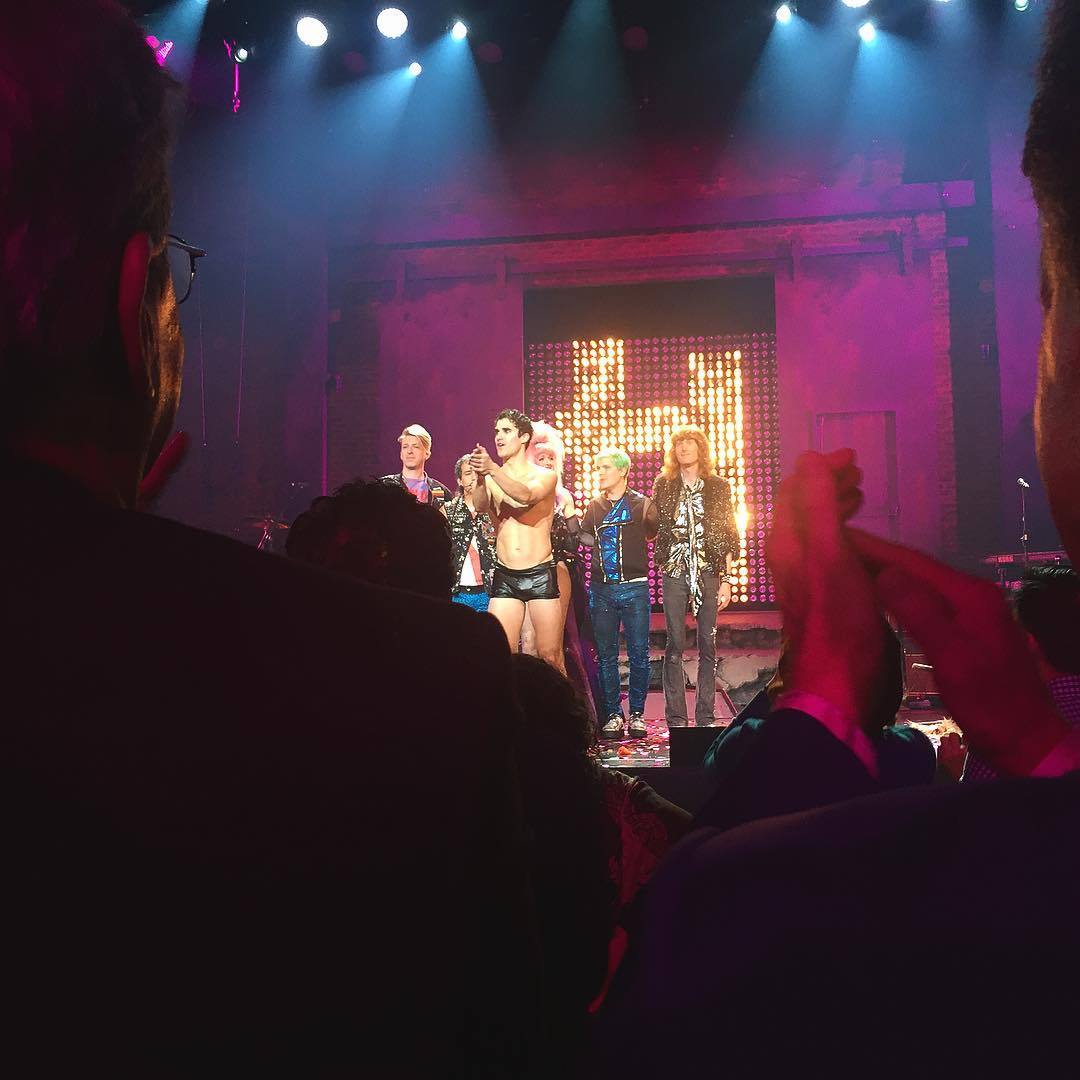 kaleidoscopecolors    Out of body experience watching @darrencriss kill it on @hedwigonbway #myfirstbroadwayshow #4throw #darrencanspitonme
Search in: Hedwig and the Angry Inch--L.A. and SF Tour (3 Threads)  Topic: Fan Reviews, Media Reviews, and comments from members of the Media, about Darren in Hedwig and the Angry Inch--SF and L.A. Tour   Replies: 128  Views: 9999