Tom Poleman, from Musicians on Call and iHeartRadio, brought his daughter to see Darren in Hedwig.  What she said is humorous. 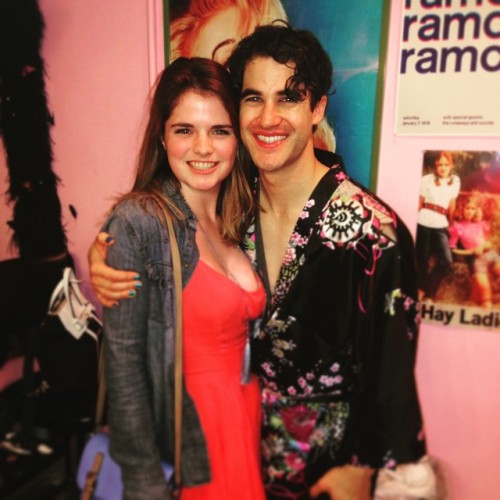 jellypoleman: Things that happen when your dad is in a bromance with Darren Criss #nomakeup
DCN


And ha!  Here is Darren's pic with Tom. 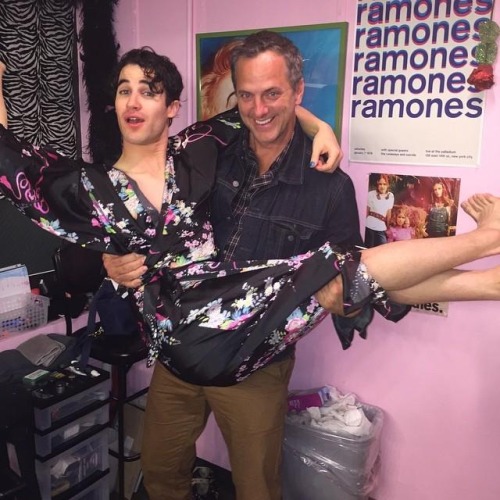 tompoleman: @DarrenCriss aka @Hedwig minus the wig and plus the kimono, post show. #Broadway #DarrenCriss #Hedwig
DCN
June 5, 2015 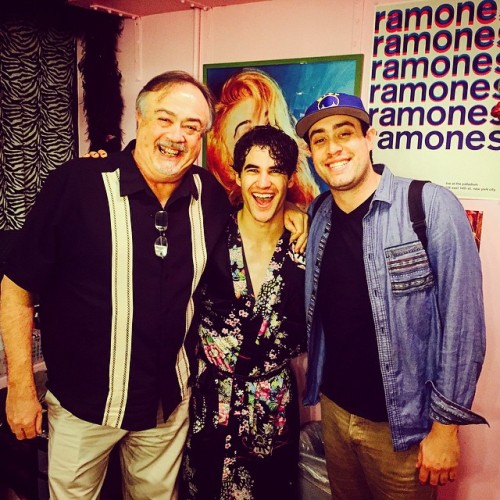 threepwillow:
reedpc: Can you tell we’re happy? What can I say about this dude? Continues to impress. The Campbell family (Barbara included) is SO proud you @darrencriss. Congratulations on an unbelievable performance. GO. SEE. HEDWIG
DCN
June 5, 2015
Search in: Hedwig and the Angry Inch--Broadway (4 Threads: Media Reviews; Non-Media Thoughts; Pics & Gifs; Who Saw Darren in Hedwig on Broadway)  Topic: Who saw Darren in Hedwig and the Angry Inch on Broadway?  Replies: 30  Views: 3831