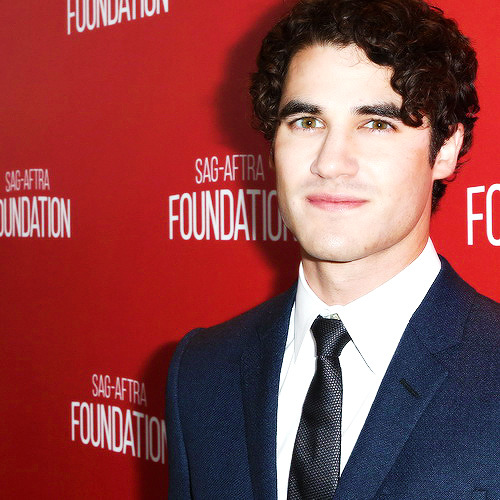 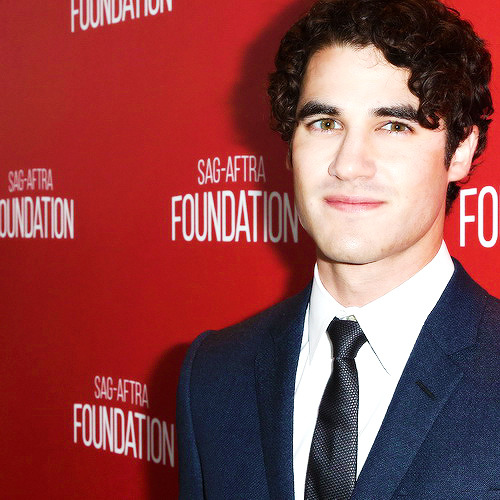 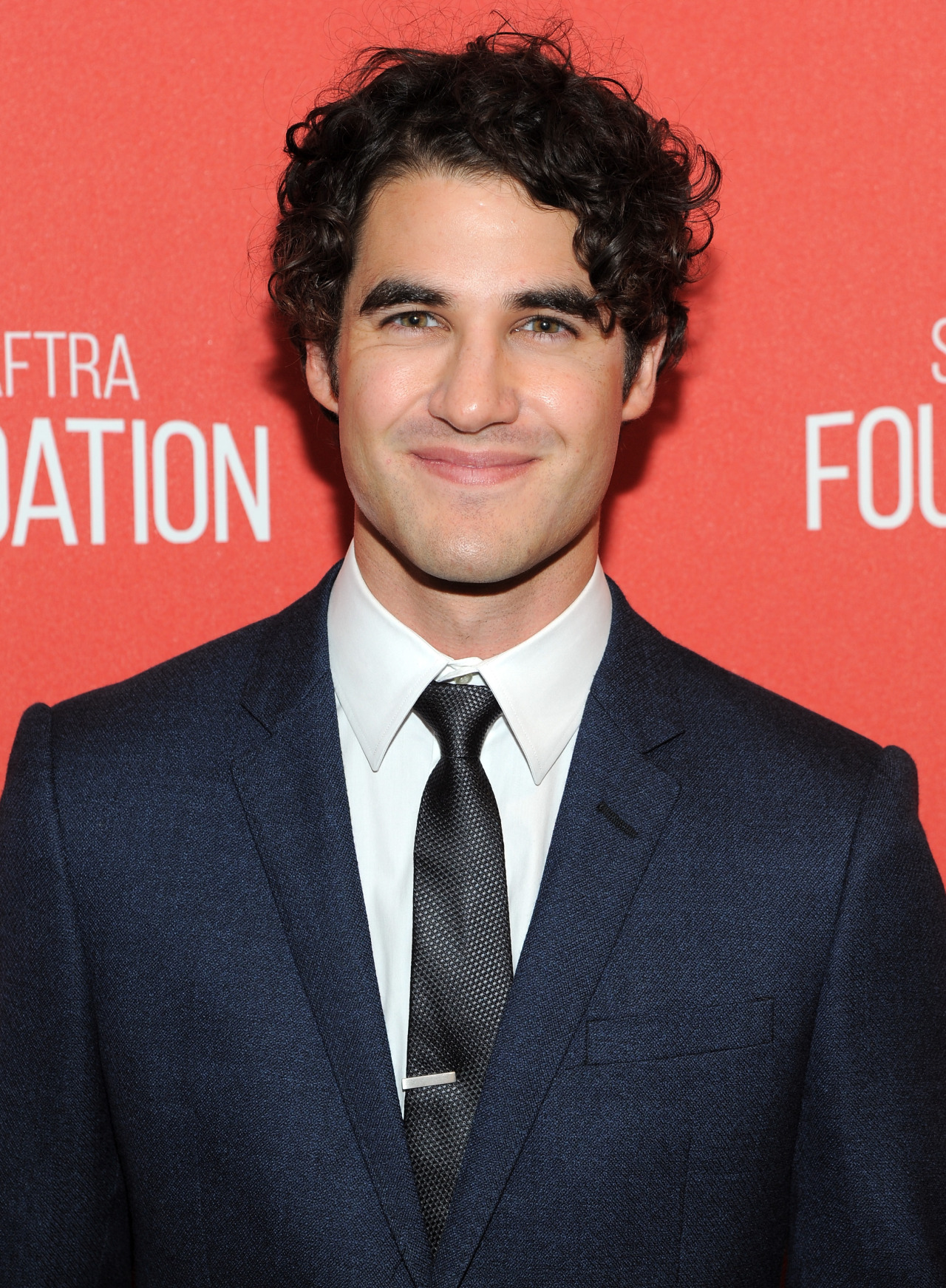 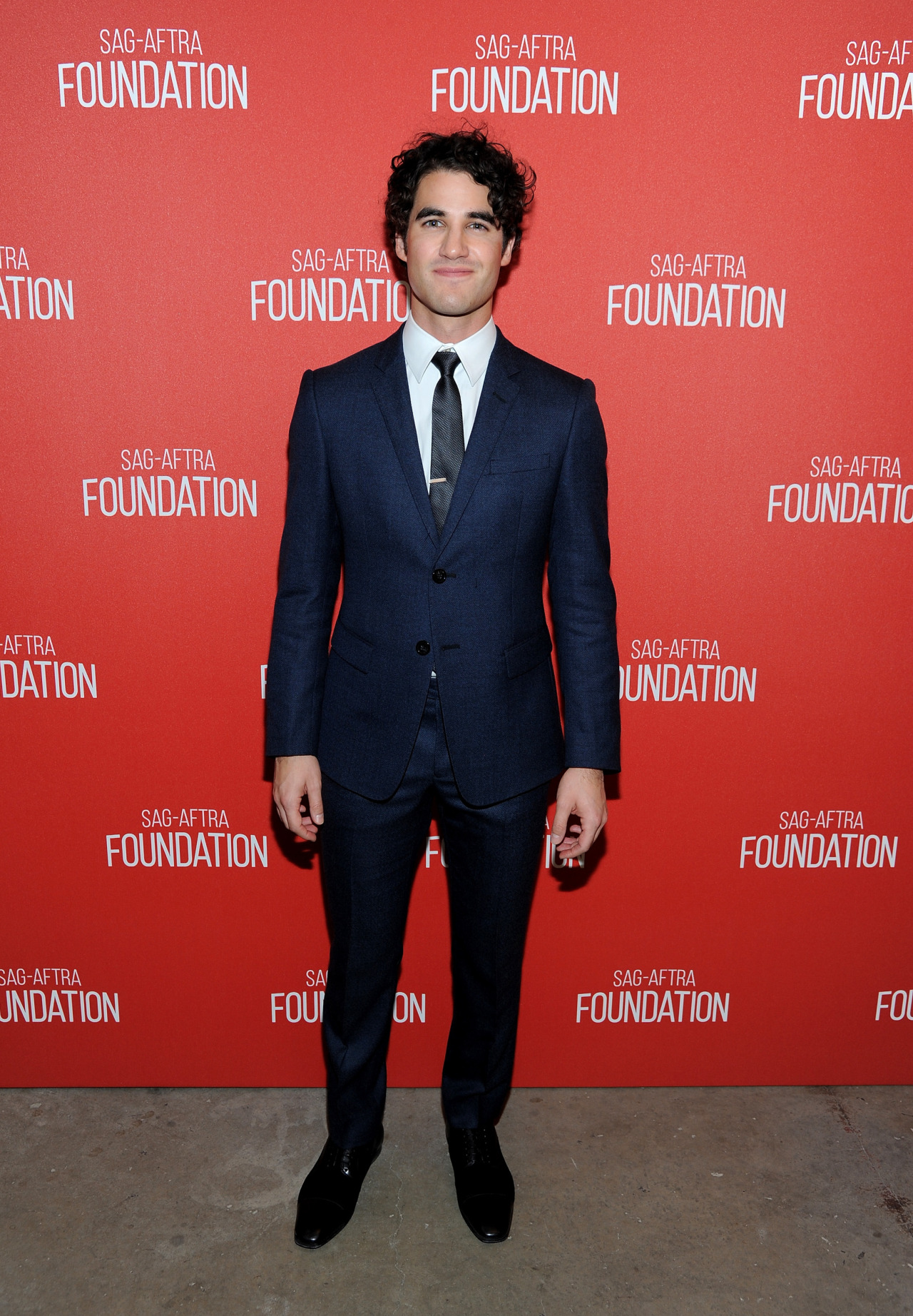 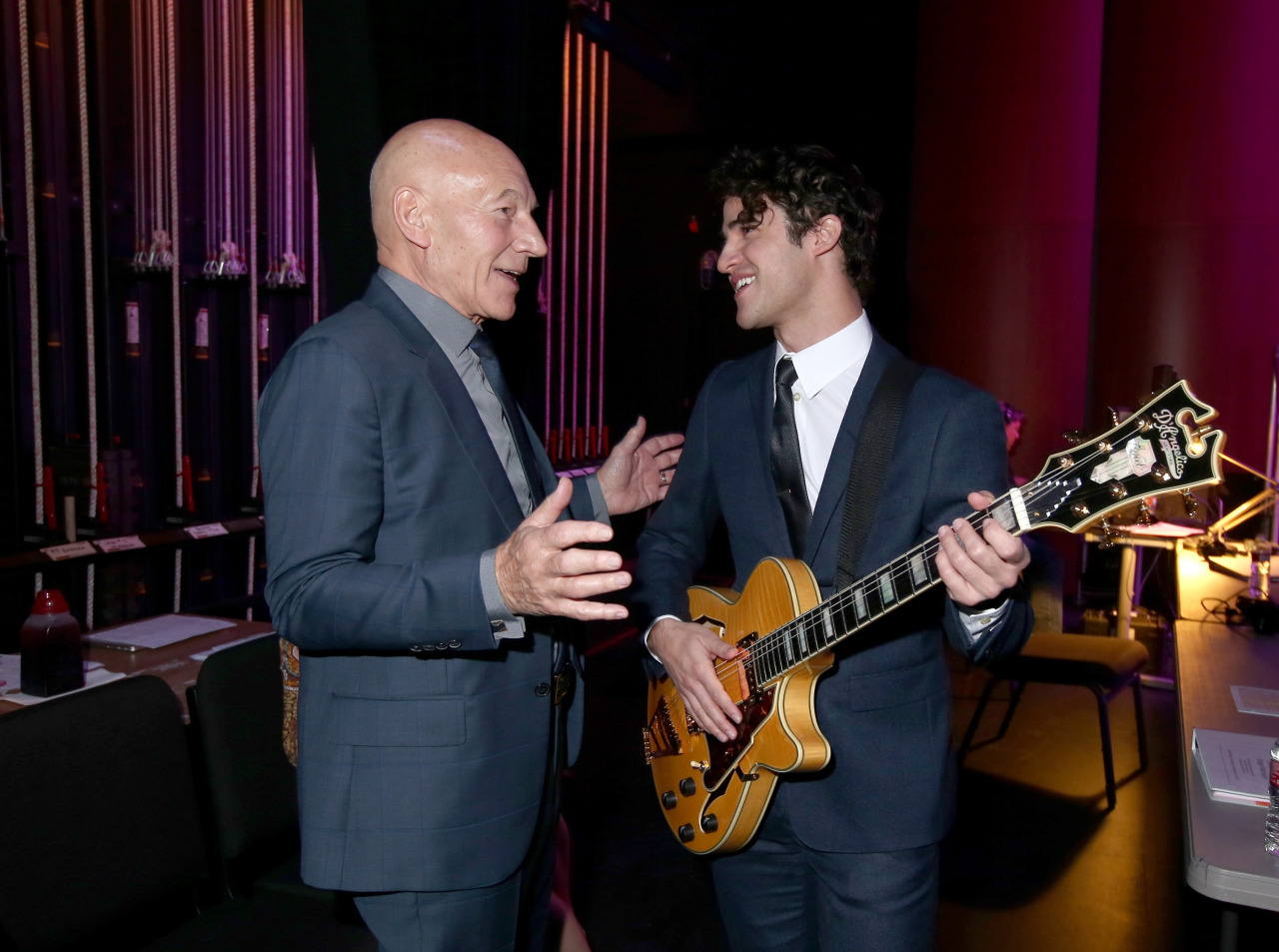 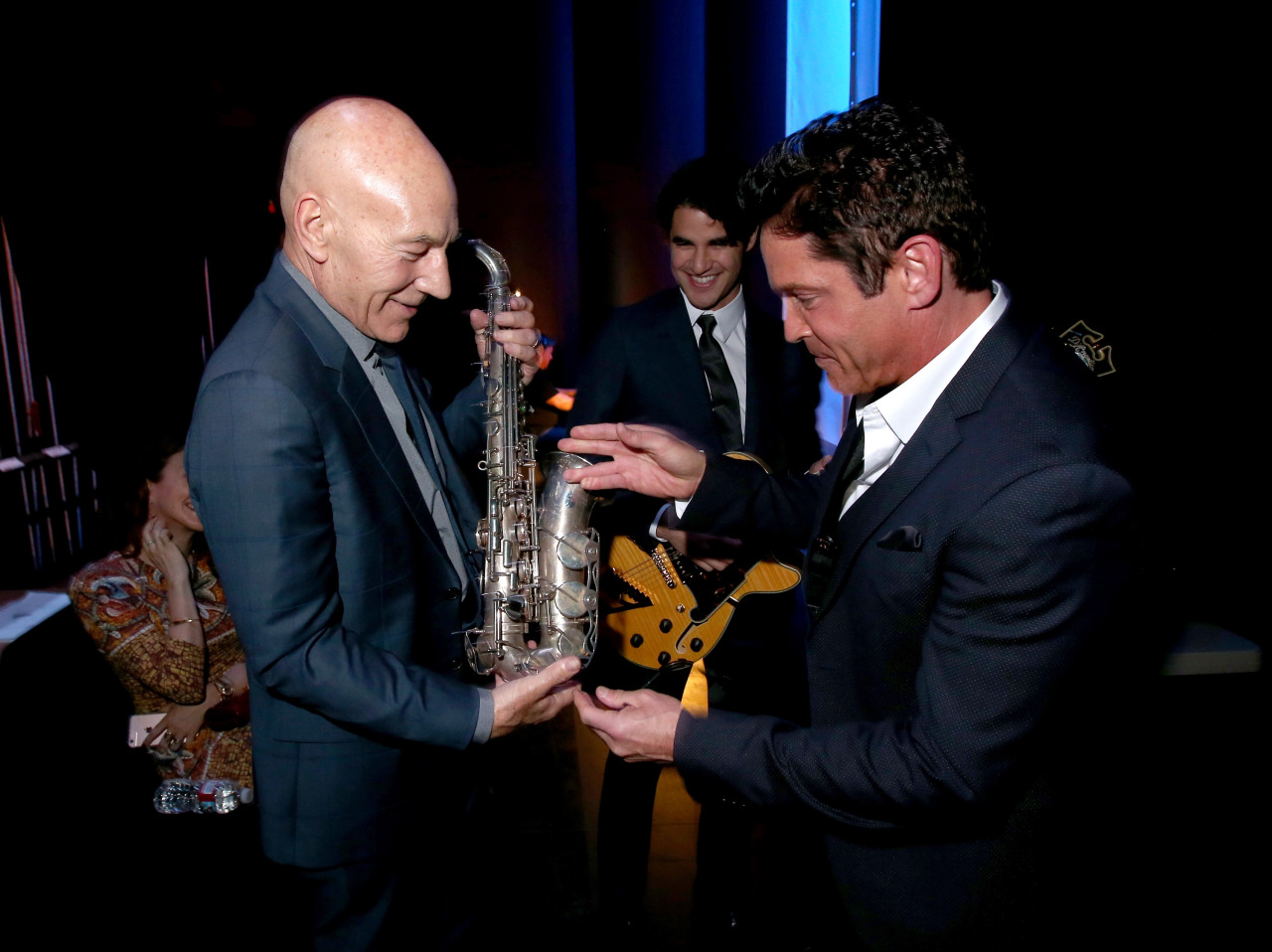 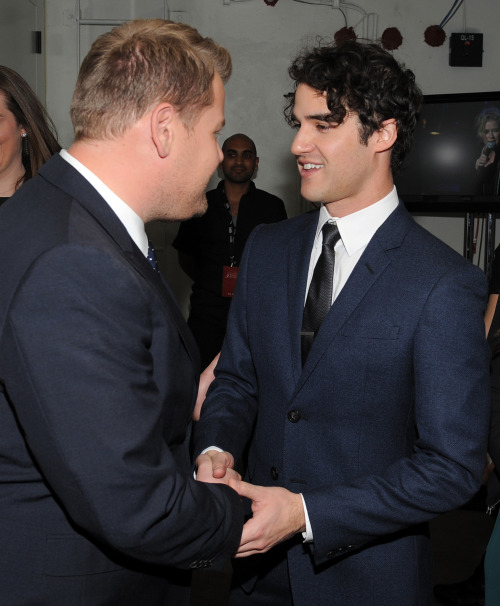 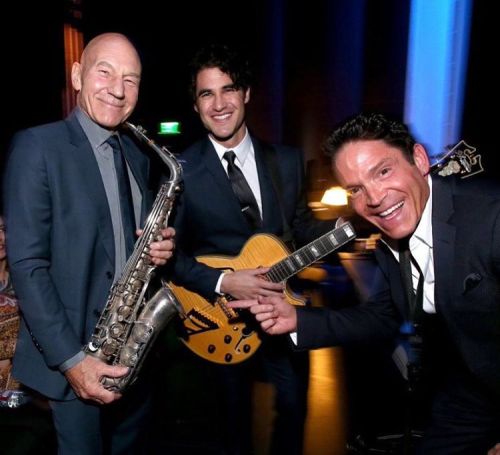 davidstephenkoz: Who knew Capt Picard played the sax?Ok, well…he can hold a sax! @SirPatStew @DarrenCriss and me at #sagf30 awards last night backstage. I’d like to take this band on the road! Haha
via DCN 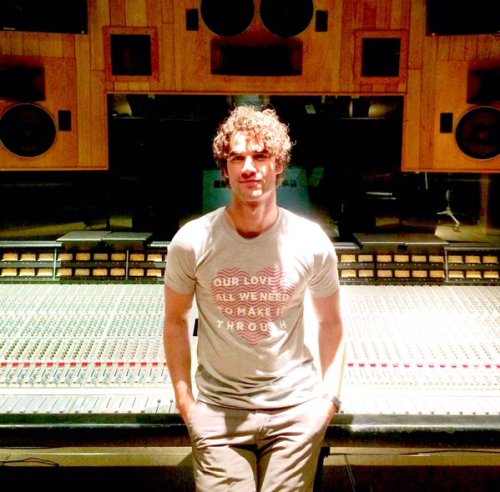 Darren Criss For making those words more powerful than I could have ever imagined- thank you. http://Represent.com/darrencriss 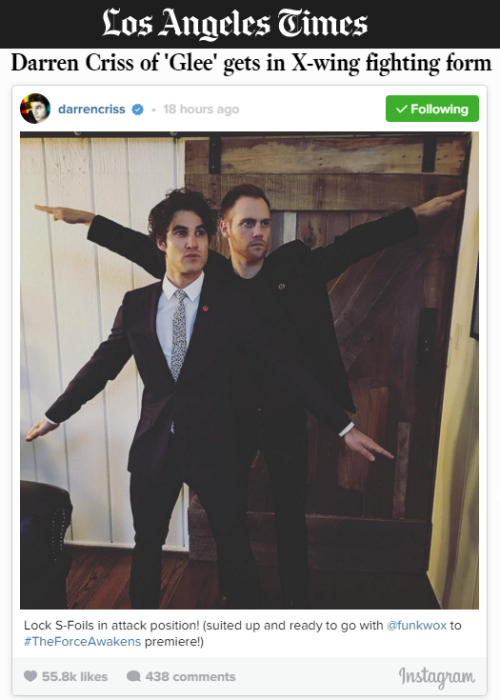 na-page:
Darren Criss And I was like BB, BB, BB Ohhh
via ihavelosttheabilitytoeven
(December 26, 2015) 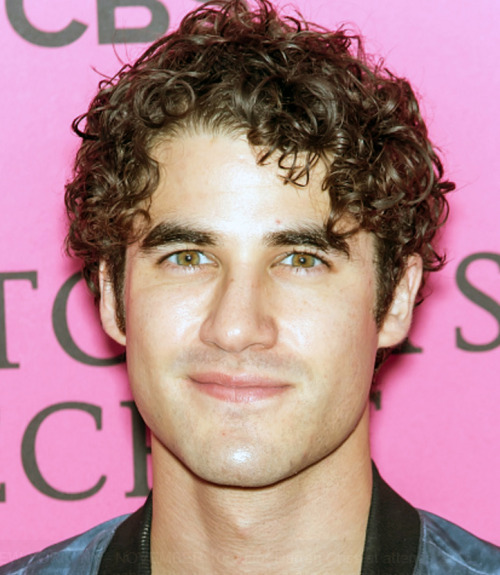 DCN
davidstephenkoz: Who knew Capt Picard played the sax?Ok, well…he can hold a sax! @SirPatStew @DarrenCriss and me at #sagf30 awards last night backstage. I’d like to take this band on the road! Haha
(November 6, 2016.  SAG Foundation 30th Anniversary) 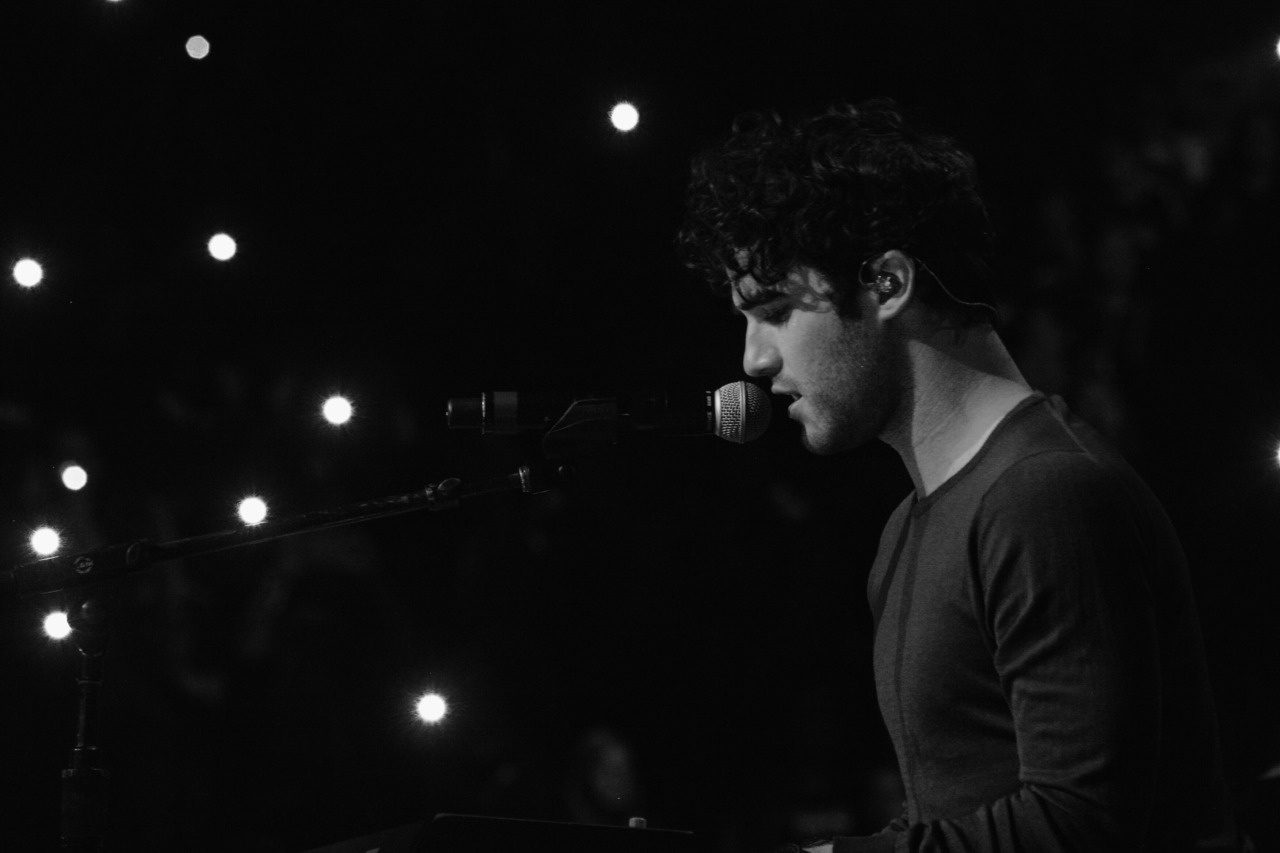 DCN
”All our teenage dreams came true when the talented Darren Criss took the stage for his ridiculously good cover of Katy Perry’s Teenage Dream. No complaints over here!” (x)
UHQ Version
(WE Day Minnesota.  November 3, 2015) 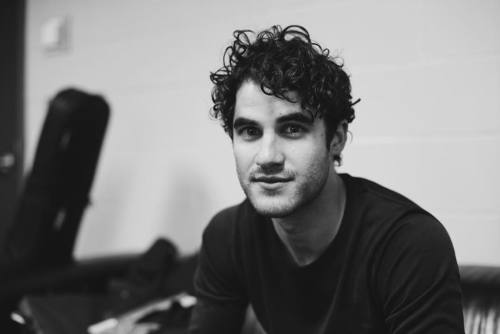 DCN
kailahbharath: This is one of my favourite photos I took today at #WEDay in Minnesota. Being on tour is a lot of work and a lot time away from loved ones, but there are always sweet, rewarding moments in between. Chatting with @darrencriss was a real treat. Also, I’m endlessly inspired by the young people that are the rhyme & reason behind what we do. Age should never define you. Your feelings, your dreams, and your ideas are valid now. Thanks, MN.
(WE Day Minnesota.  November 3, 2015)

gleekto
This performance was astonishing. So the bottom 2 gifs - Tevye dancing as Jewish men do - Tevye is an older tzitzit-wearing, traditional Jewish father of three marriage-age daughters. He is reaching to God. He is not a sex symbol. Other than a highschool play, Tevye would not be played by a 28 yo.
Darren is obviously not in costume, not in a play, and is, in fact, casually performing on a stage in front of fanpeople. So Darren breaks into this dance twice in the performance - the first time is very close to the beginning of the song and it’s met with woops and woohoos which isn’t really the vibe of the situation but it doesn’t distract him. Then he does it at the end and the audience is in silence until it breaks when someone woops at the end. It’s like you could feel that he got the audience there - without any other context than his voice and his facial expressions and his body language - where probably a chunk of the audience doesn’t even really know the story.
What a monster talent. Yay for the career that we have yet to see. 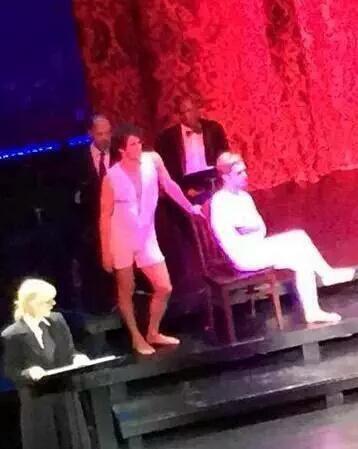 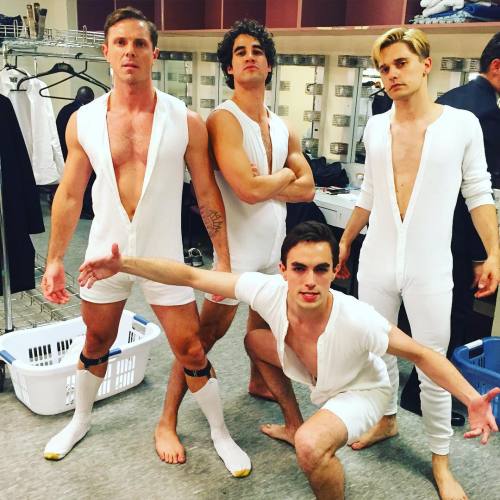 DCN
tirpse:
jakeshears The (very serious) Rent Boys from last nights reading/performance of Gross Indecency by Moises Kaufman.. Was such an honor to be a part of this.. @andymientus @darrencriss @willcarlyon
Search in: Past Photos/Gifs/Videos of Darren  Topic: Some of my favorite past photos/gifs of Darren  Replies: 36  Views: 4196