Aw, Darren and Mia are at Disneyland.


I guess they spent some time with Jodi Benson (and her family?) too.  How nice that they kept in touch, after having spent some time together performing in The Little Mermaid at the Hollywood Bowl. Via Darren’s snapchat - July 31, 2016
via dailydarrennews

ha!  Wow, she remembered that Darren wore this shirt as Blaine.  Good catch!


Some cute pics with fans at Disneyland.  I like reading their messages. 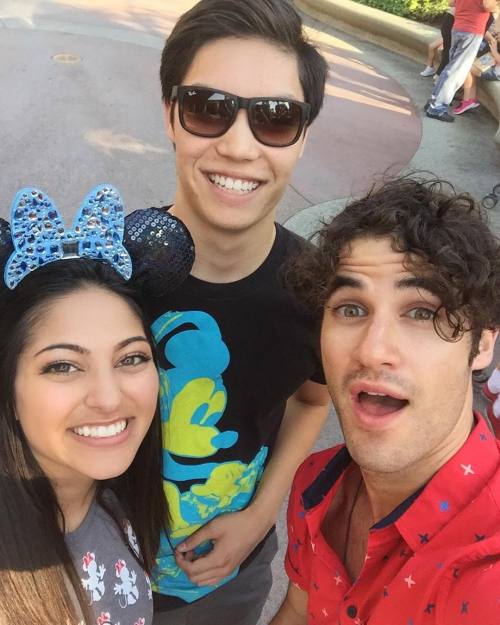 lijeyeshaveit Found this handsome at #disneyscaliforniaadventure Said hey again. Remembered me. Said “we keep running into each in fun places” phantomfenton i just?? met? darren criss?? if 7th grade me could see me now


It was nice of Darren to take off his sunglasses to take the pics, considering how sensitive his eyes are to the sun. Pic taken at the Hollywood Bowl.