A nice pic at curtain call. 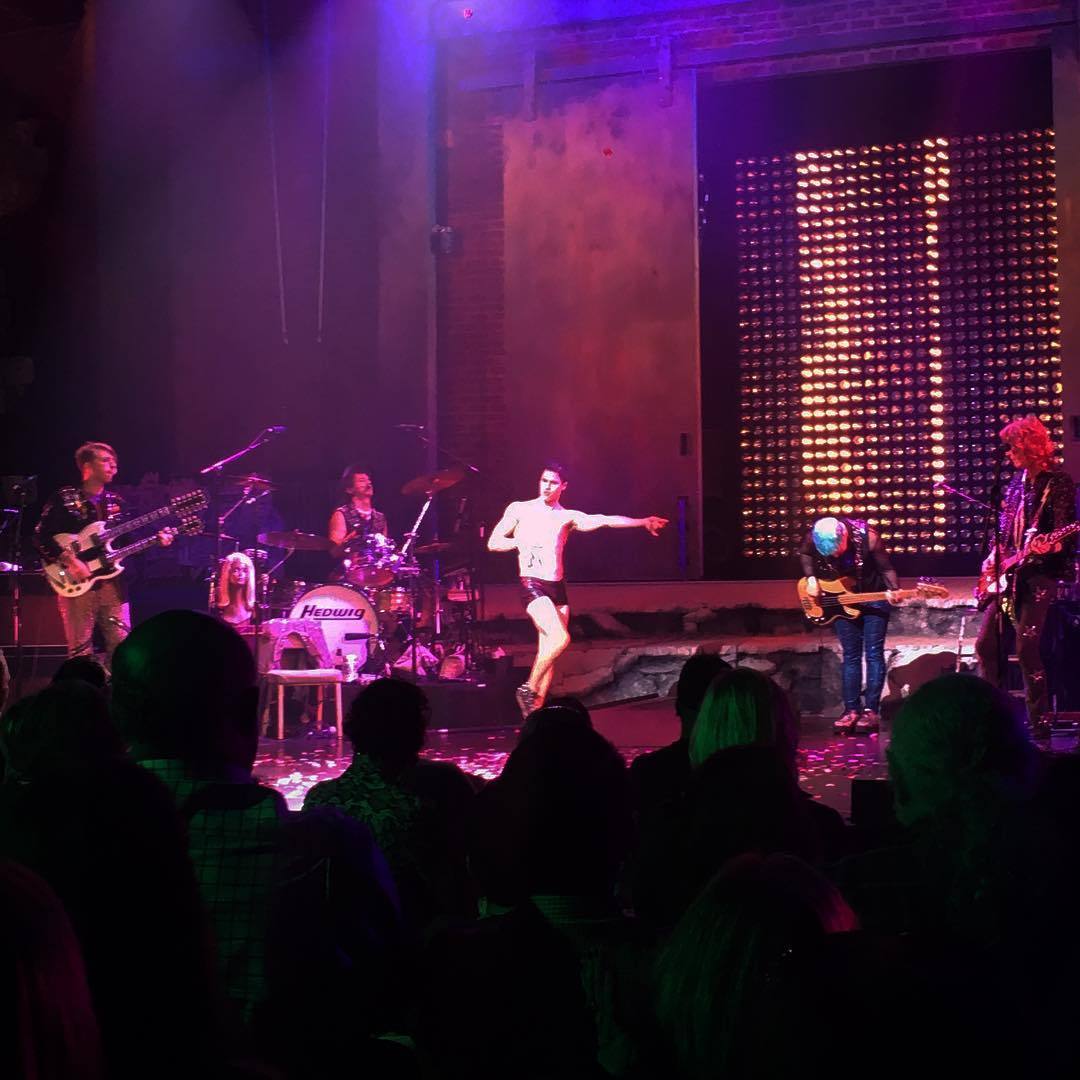 Thanks again to Lilikoiluv for posting all these great photos and comments!

A nice pic inside the SHN Golden Gate Theatre. 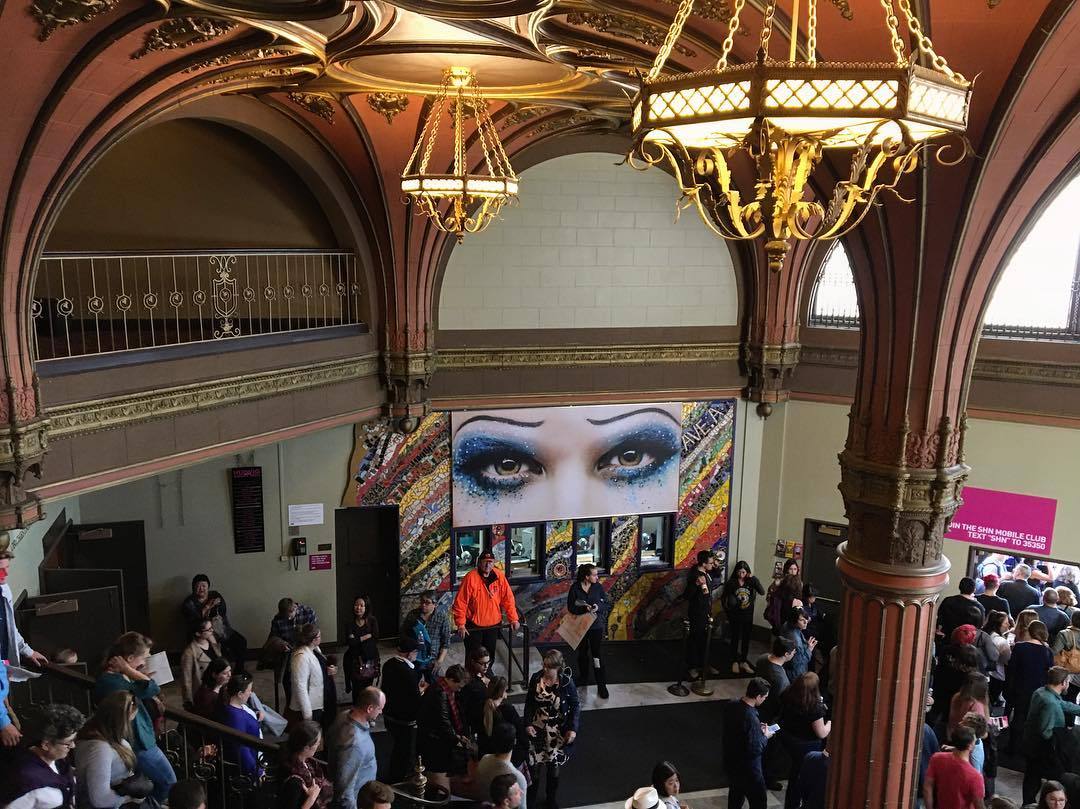 A nice little video by the lovely yanks02, of Darren being gracious and practical--thanking fans for coming and saying he will sign, but that it's not practical to take photos with every individual, especially given the area where the theater is located.

The sun all kinds of effed the quality up but here’s Darren talking at the stage door.

Some nice pics at stage door and fan messages. 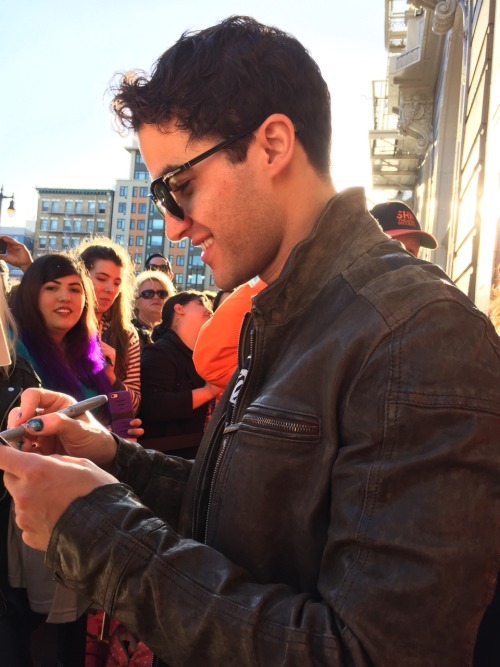 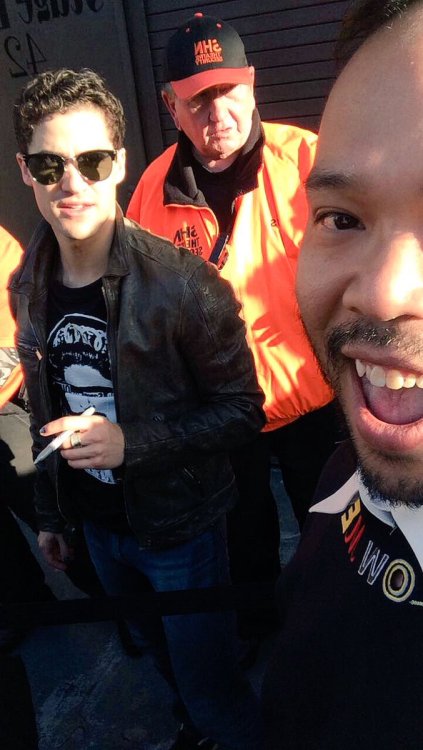 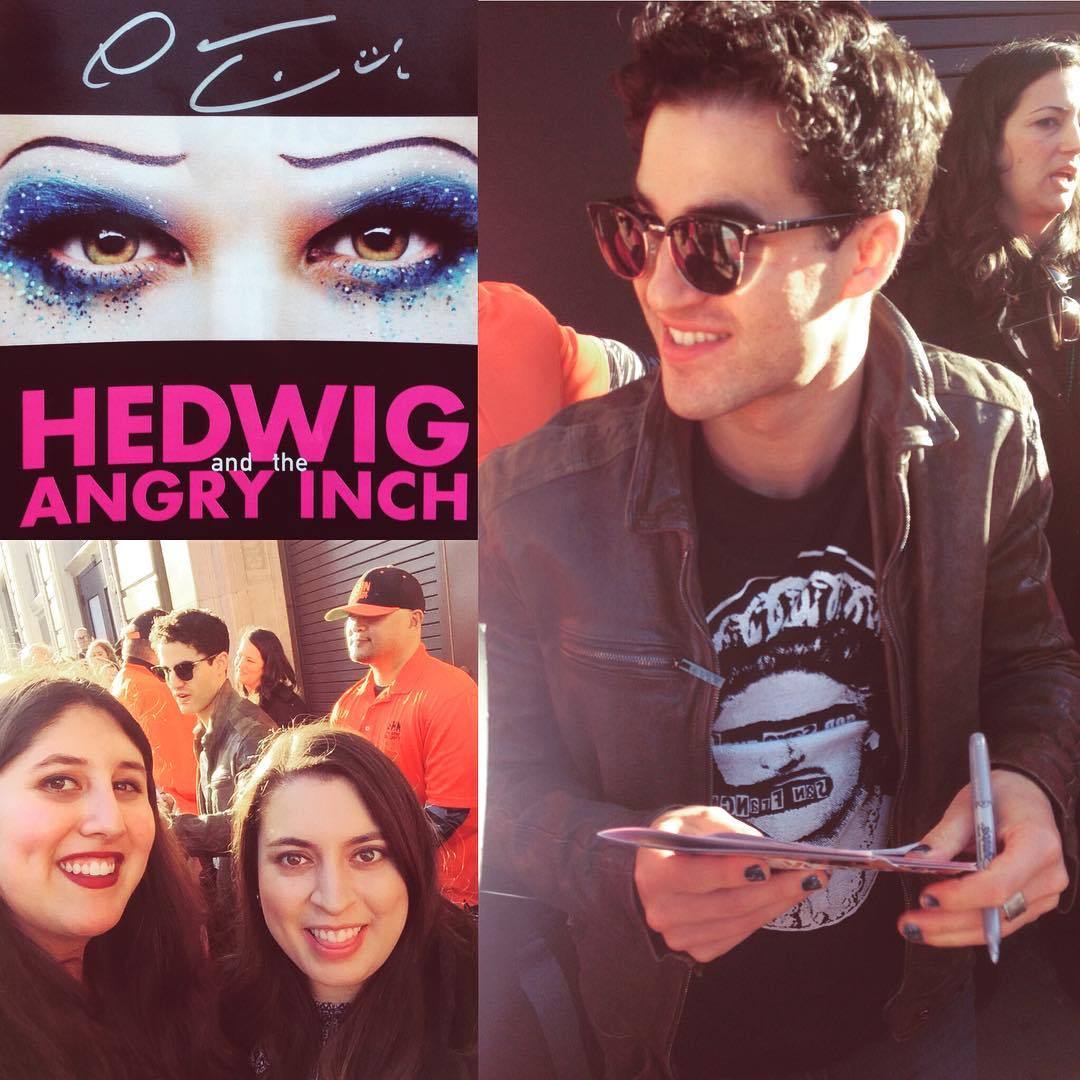 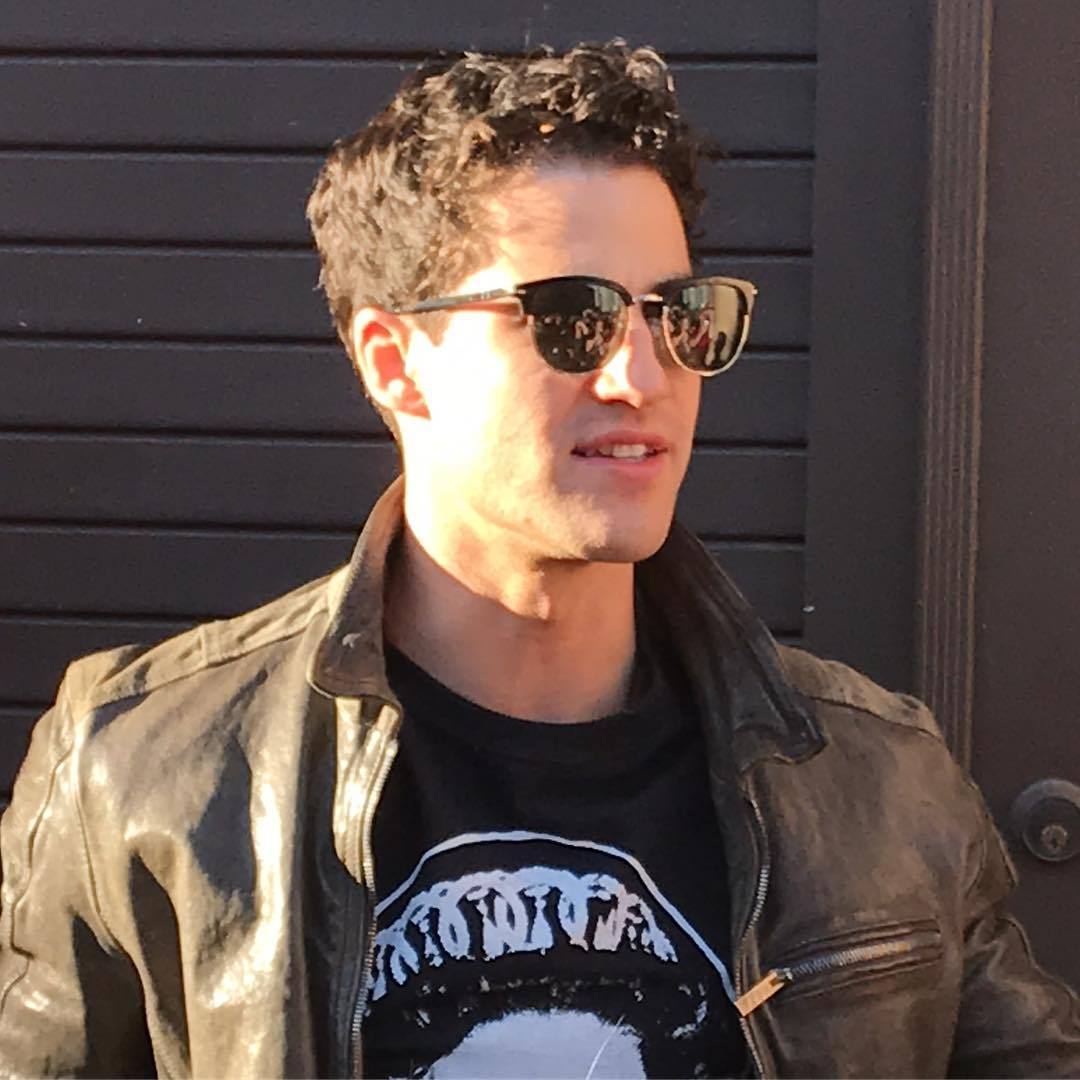 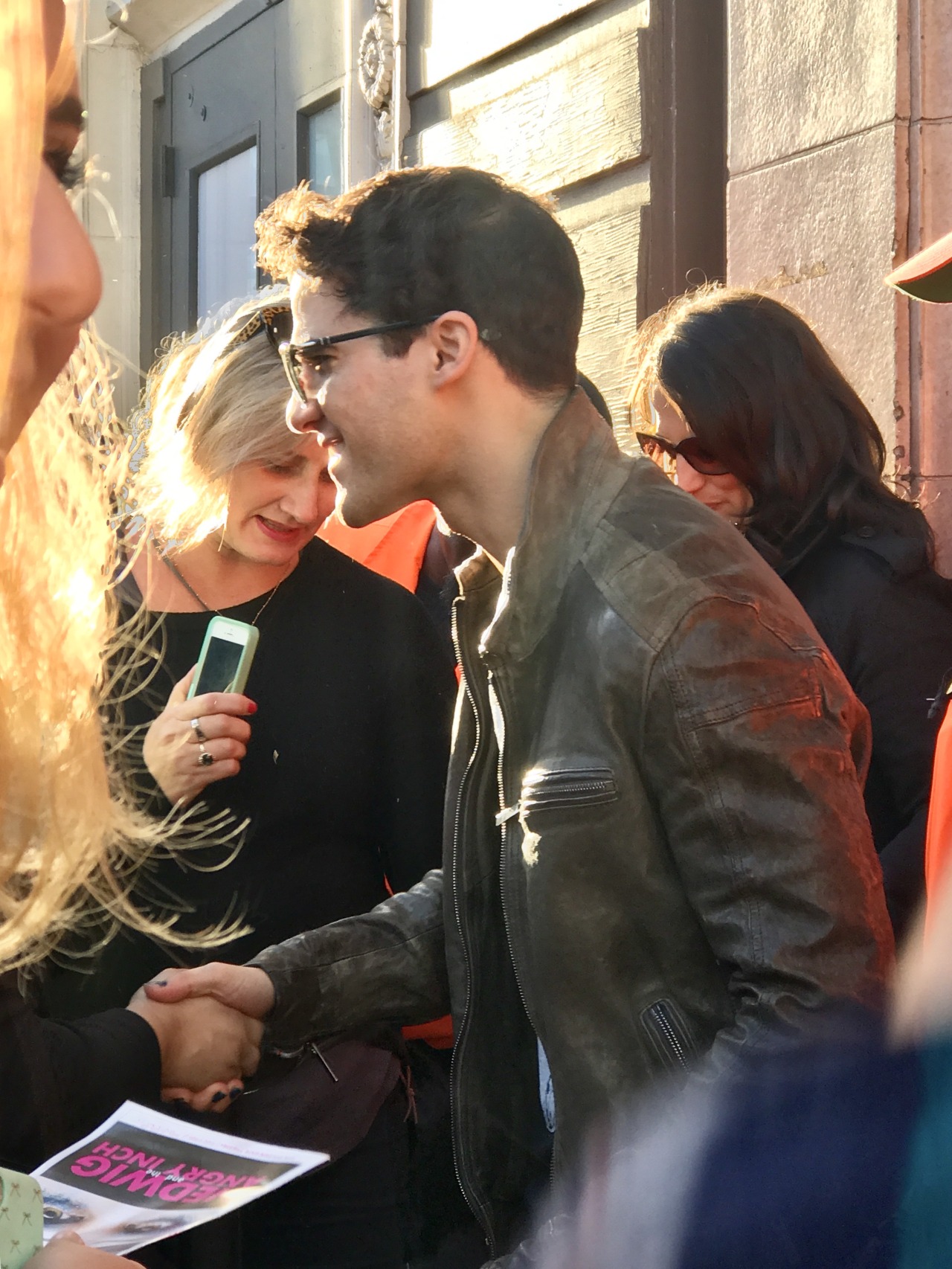 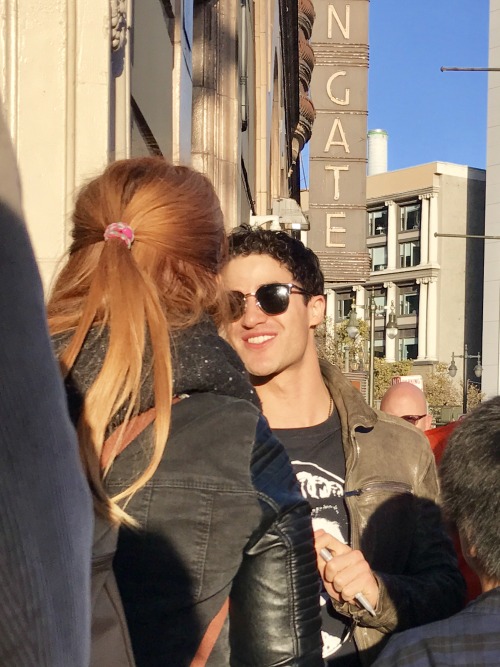 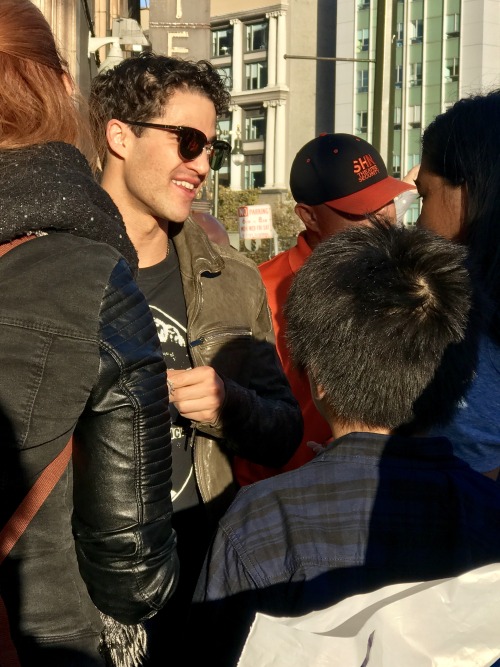