This is nice of Cody.  A very talented actor. codyfern:  CONGRATULATIONS  19 Emmy Nominations!!! To the cast and crew in all departments, to the entire American Crime Story family - and to our visionary leader Ryan Murphy: Bravo. Bravo. Bravo. anthony_parnther: Congratulations to the incredible Darren Criss @darrencriss for your Emmy Nomination in “The Assassination of Gianni Versace: American Crime Story”

I am looking forward to working together again soon! 
Thanks Jeremy for posting that YouTube video of the interview with Peter Travers of Rolling Stone.

That was such a fun interview.  Darren seemed happy to find out that Peter Travers is a "Darren completist," who has seen Darren in How to Succeed in Business Without Really  Trying on Broadway, seen him in Hedwig and the Angry Inch, seen him in Girl Most Likely film, seen him on Glee, and seen him in A Very Potter Musical.  Peter Travers, of Rolling Stone, is a fan of Darren!  How cool! 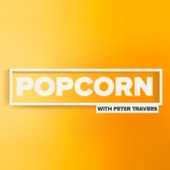 
Former “Glee” star Darren Criss is proving his acting range reaches well beyond that of dynamic singer and dancer.

Criss was hand-selected for the role on FX’s “American Crime Story: The Assassination of Gianni Versace,” by award-winning director Ryan Murphy, who was also the creative force behind the hit series “Glee.”

“I’ve been kind of waiting my whole life for an opportunity like this,” Criss said in his interview on “Popcorn with Peter Travers.” “I was sort of on the sidelines being like, ‘Alright, put me in coach.’ So the fact that Ryan believed in that, I’m very much indebted.”

Criss has received critical acclaim for his portrayal of the cunning madman who went on a killing spree that ultimately took the lives of five people. Travers asked Criss if getting deep into the nerve endings of the character scared him.

“No, I think we’re all closer to somebody like Andrew than we care to admit,” Criss, 31, told Travers. “Everybody’s the hero of their own story. It doesn’t matter where their morality lies. Or where their lifelong emotional arc is. We’re all the heroes of our own tales.”

He said understanding his characters’ emotions is part of the job.

“I’m in the business of empathy, that’s my livelihood and I try and apply that to my day-to-daylife,” Criss said. “But particularly when you’re playing characters – and this was a real person – we all focus on the worst, most horrible, deplorable things, which is obviously he took lives. He was a murderer.

“I’m not asking people to forgive him or exonerate him,” he added. “But I am challenging people to question their own senses of empathy and see how many common denominators they may find with somebody that they might immediately pen as … very distant from themselves.”

Criss said when he took on the role of Cunanan, he knew the story of how Versace was killed, but not much about the killer.

“I didn’t know much about Andrew and his backstory, which is exciting to me, I guess, as a storyteller,” Criss said. “This is something, unless you’re in the fashion world living in Miami, it might be something a little more distant from you. And the American crime here other than the murders is ‘How come I didn’t know about this?’ And we kind of explore that.”