Darren definitely had a fun week.  He saw The Color Purple and Sponge Bob the Musical (haha, couldn't have seen two more different shows), went to a friend's wedding, went to the album release of Leslie Odom Jr., and visited a piano bar (Marie's Crisis?). 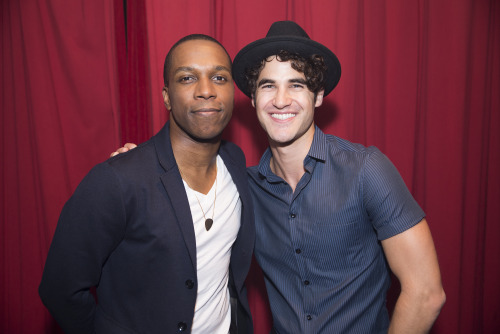 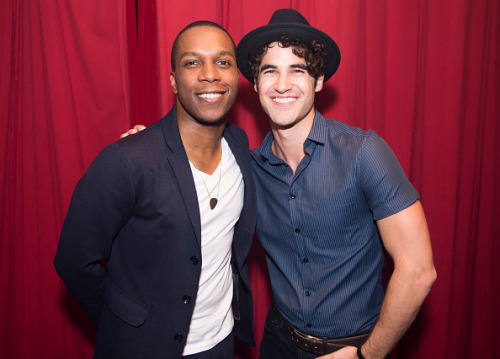 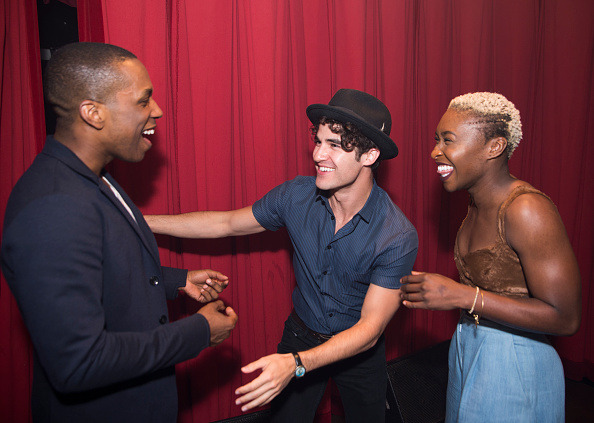 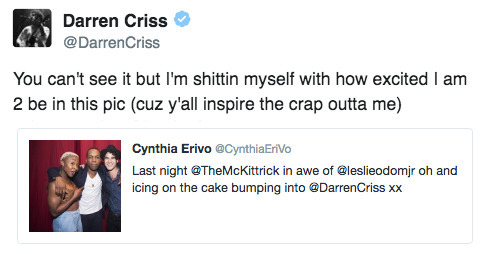 And it's nice to see this little twitter exchange between Harry and  Darren. 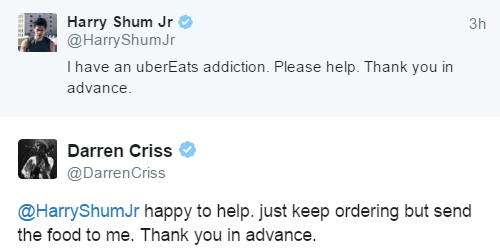 Pic at a piano bar: 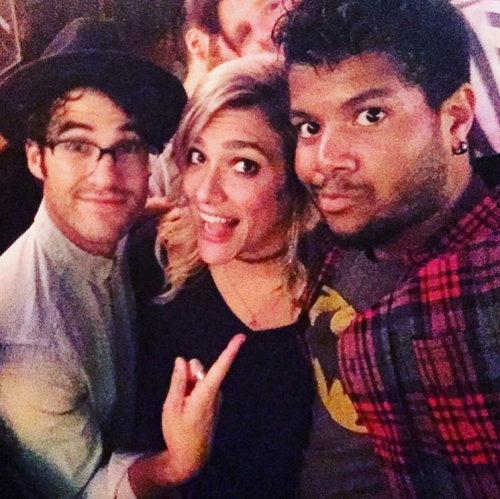 belleybuttons:
sketchballchange: Never a bad time when Darren or Mia is around. Mia’s working the blonde


Pic with a fan, of Darren at Sponge Bob the musical. 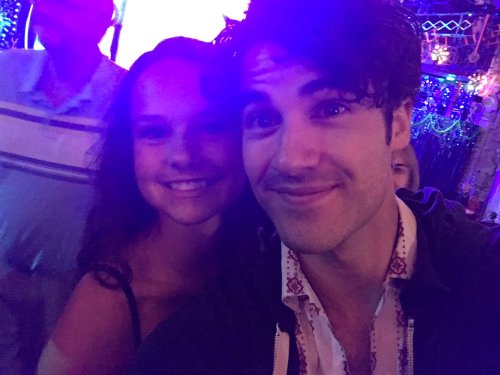 @sarastew23 Not all the talent was on stage today. I found @DarrenCriss in the audience of the SpongeBob Musical today


At a restaurant in Chicago called Saved by The Max: 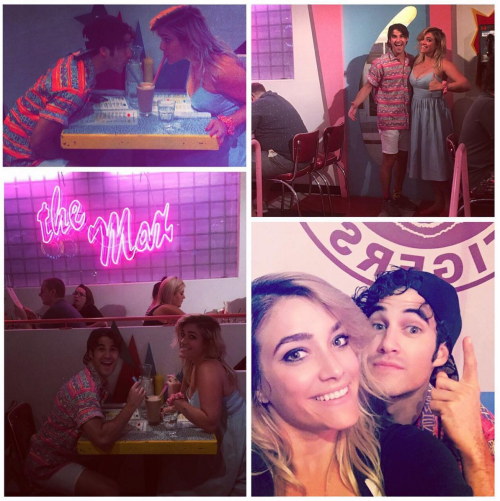 More pics at Saved by the Max 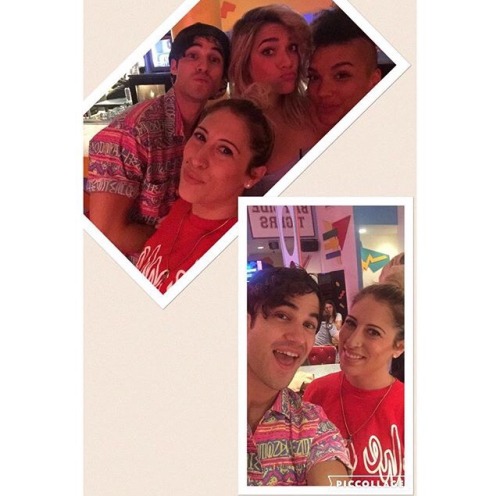 The next two pics are also cute: 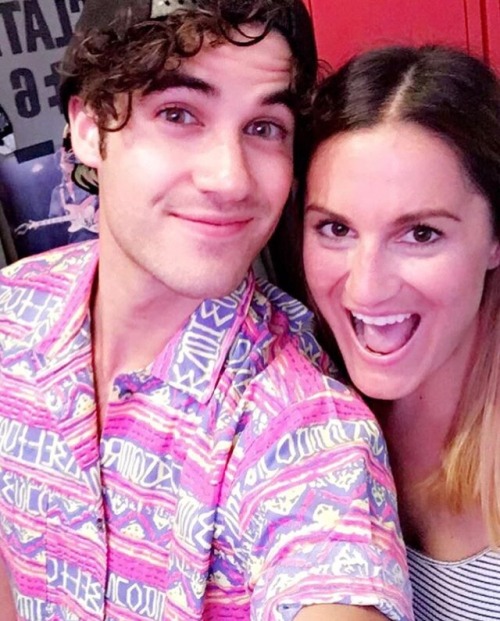 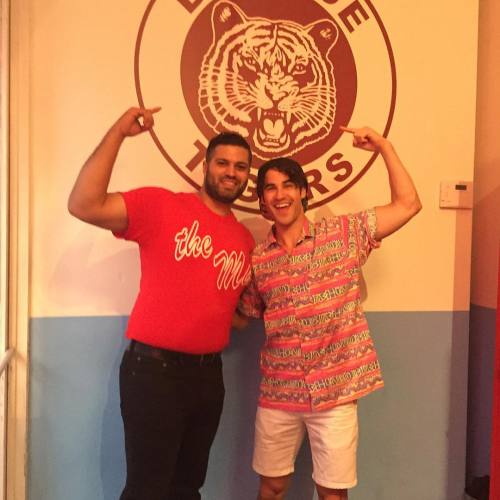