“Hedwig and the Angry Inch” star star Darren Criss shares with Access Hollywood Live’s Natalie Morales and Kit Hoover that the Tony-winning musical revival was created to feel “like it’s happening before your very eyes” which allows the performers to “add a local flair” now that the show’s on tour. “Hedwig and the Angry Inch” is at The Pantages in Hollywood through Nov. 27.
Link to Access Hollywood 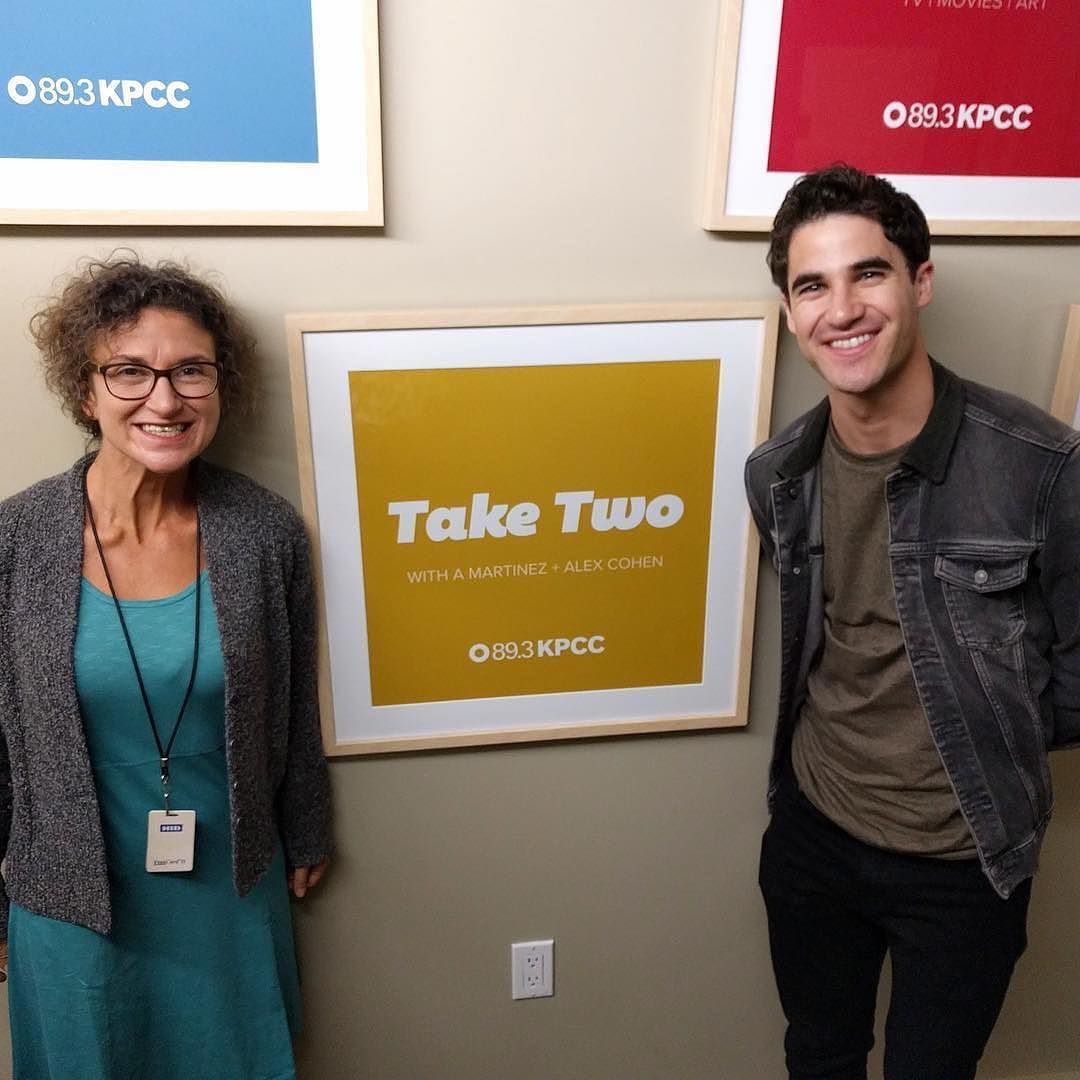 “Hedwig and the Angry Inch” star Darren Criss stopped by #taketwoshow this morning to chat about the show (now at the Pantages!) and how it’s reaching a wider audience as the country gains more awareness of trans issues. Hear the interview at kpcc.org/taketwo. http://ift.tt/2fqiJRu


This is a very nice interview.  Darren very articulately talks both about the specific relationship of the show with the LGBTQ community (which I believe is important to acknowledge), reflected in the sensitivity and awareness of the current discussion of issues involving gender fluidity, as well as how the character and the show's themes and messages extend in a broader sense to others as well.   The show is both.  It means so much to many persons within the LGBTQ community, as well as meaning so much to anyone who longs to find their soul mate and anyone who has traveled a tough journey to arrive at self-acceptance and self-love.  Well-done job, Darren!
Search in: Hedwig and the Angry Inch--L.A. and SF Tour (3 Threads)  Topic: The Hedwig and the Angry Inch Tour in SF and L.A. (Promotion, Pre-Performances & Miscellaneous Information)  Replies: 137  Views: 9999