From @DarrenArmy, this PopSugar article has a video of every song performed in The Little Mermaid Concert at the Hollywood Bowl:
Every Single Magical Performance From the Little Mermaid's Live Concert (PopSugar.com)


A very cool compilation of snapchats, includes Darren singing "Her Voice," "If Only," and backstage video of Darren and John Stamos listening to Susan Egan and Brad Kane singing (A Whole New World), and a funny backstage moment between Rebel and and Darren.
dailydarrennews (Video Compilation)
[b]Snapchat compilation of Darren at the Little Mermaid Live - June 6, 2016 [From Perez Hilton, John Stamos, Rebel Wilson, Disney Examiner, Disney Music, Ashley Sutherland-Winch]
[/b]

[size=13]Video of Darren with fans at The Little Mermaid after party.  It gives you a look at how beautiful the setting was.
dailydarrennews (Video- Darren at the after party)
[/size][size=13]"allenwaiserman:  WHEN DARREN CRISS ASKS TO TAKE A SELFIE WITH YOUR FRIEND @iolaninani. @mayrel_lani & I DIED"
[/size]


Ok, another adorable video of Darren dancing briefly with Jodi at curtain call, singing "Under the Sea."
Source (Video)

Someone tweeted that Max Adler was at The Little Mermaid tonight (June 6).  Max has been such a wonderfully supportive friend.
Source (with Photo):  "I did meet Max Adler #littlemermaidlive #gleefans supporting @DarrenCriss tonight"


Tweet from Georgia King, who was on Ryan Murphy's The New Normal TV show.    She's been very supportive of Darren.  She went to see him in Hedwig and the Angry Inch on Broadway DCN: (photo) 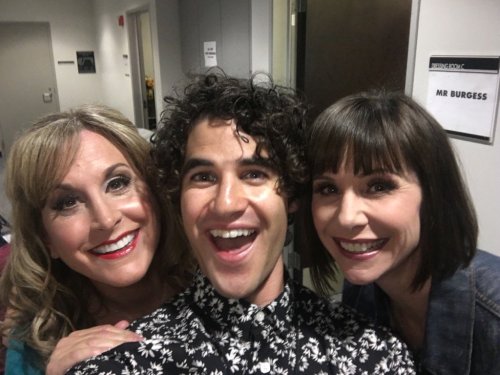 
Note:  Susan Egan played Belle in the Broadway production of Beauty and the Beast (for which she was nominated for a Tony Award and Drama Desk Award).   She also was the voice of Megara in the animated film, Hercules.

For the June 6 performance, Susan Egan will open the night, along with Brad Kane (who was the singing voice of Aladdin in the film).   ohmydisney 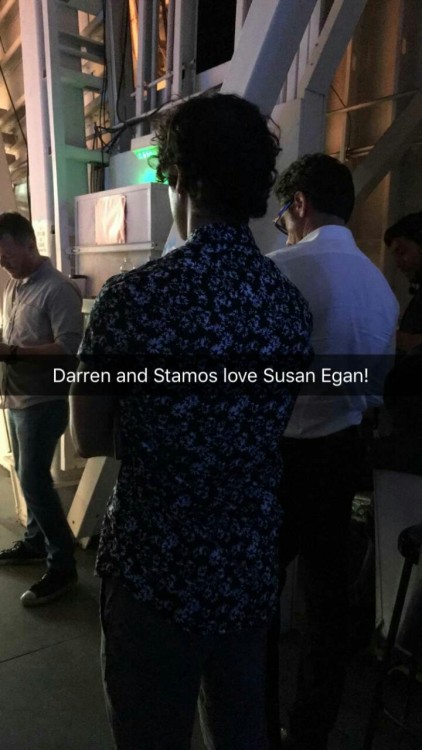 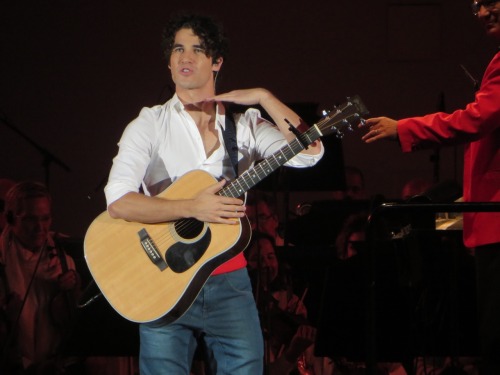 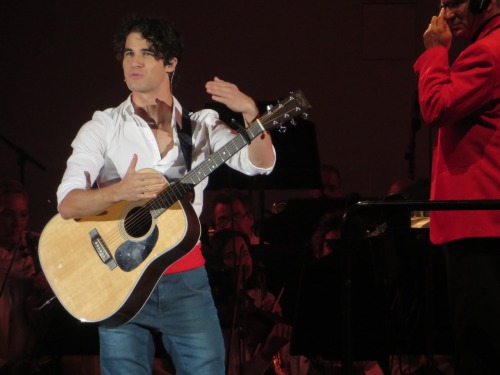 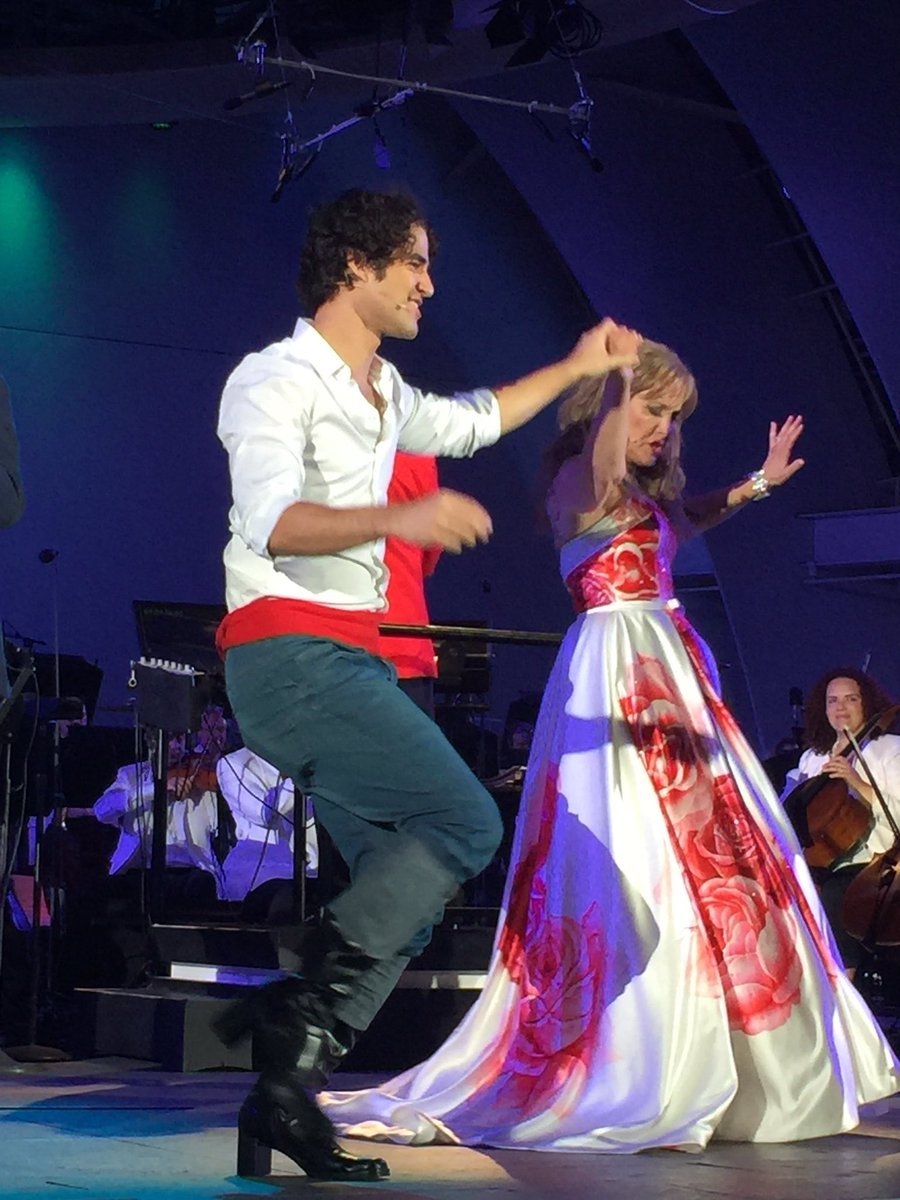 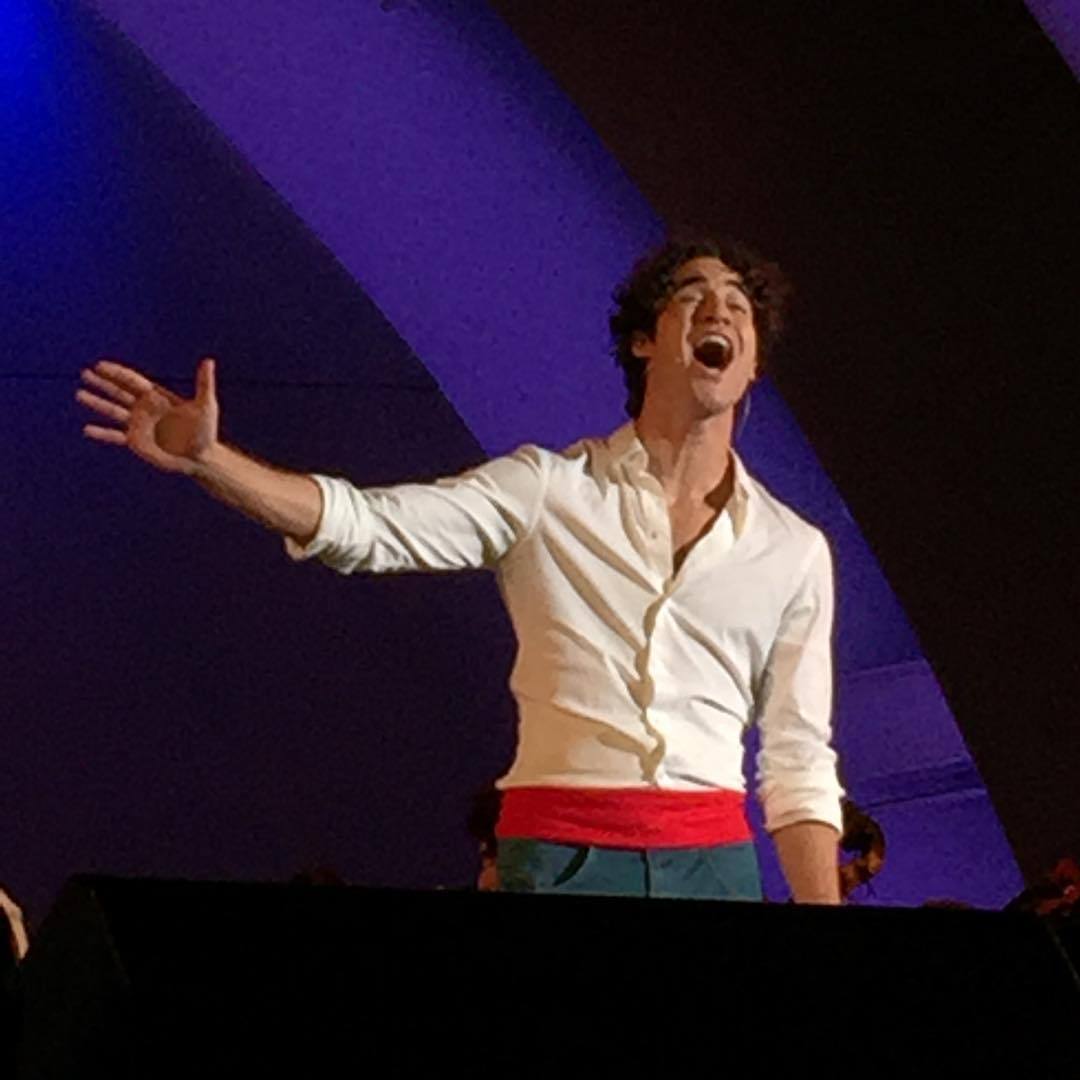 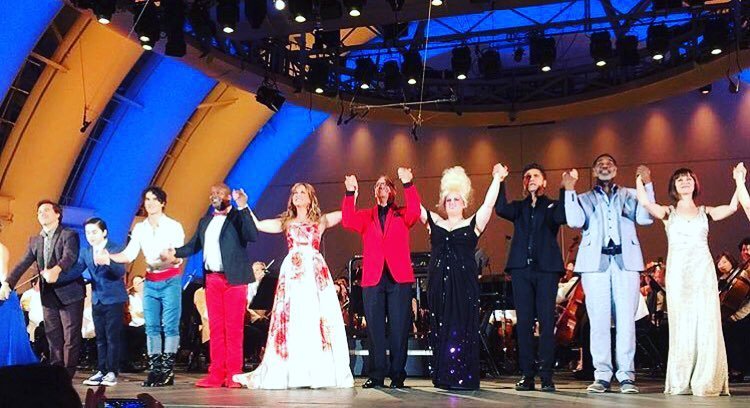 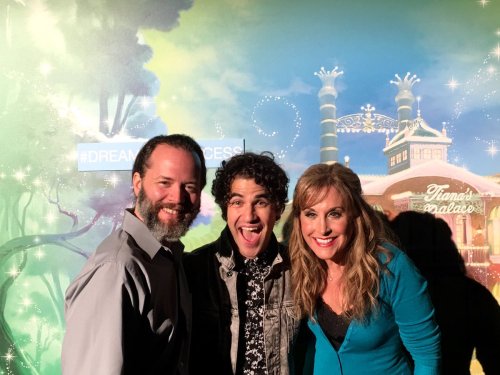 Note: This pic (above) is from Christopher D. Barnes, who played the voice of Prince Eric in the animated film, The Little Mermaid.   How very cool!


I don't post all of the photos of Darren with fans.  I usually pick photos that I find interesting or striking, or with nice or interesting message.


This is an exceptionally cute photo of Darren with a fan.  He looks so euphoric (of course he is, he's about to sing with the original Ariel, Jodi Benson!). 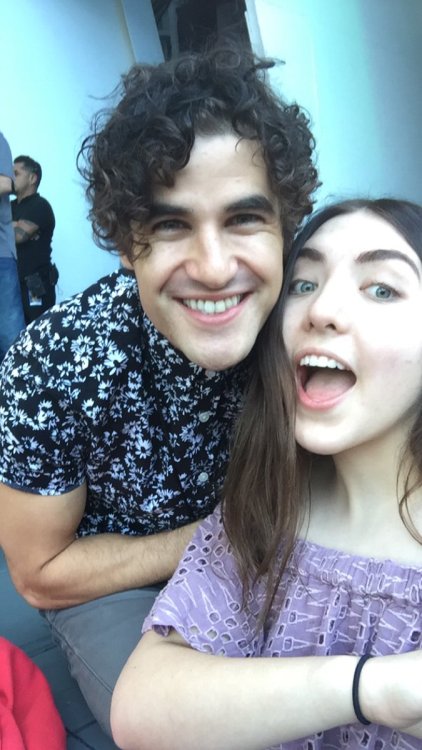 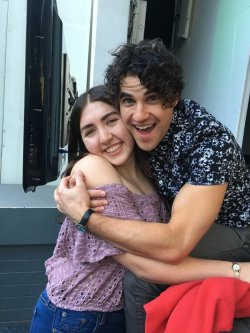 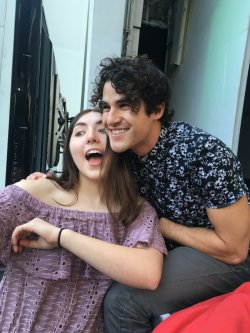 Another photo with Christopher D. Barnes, who played the voice of Prince Eric in the animated film, The Little Mermaid. 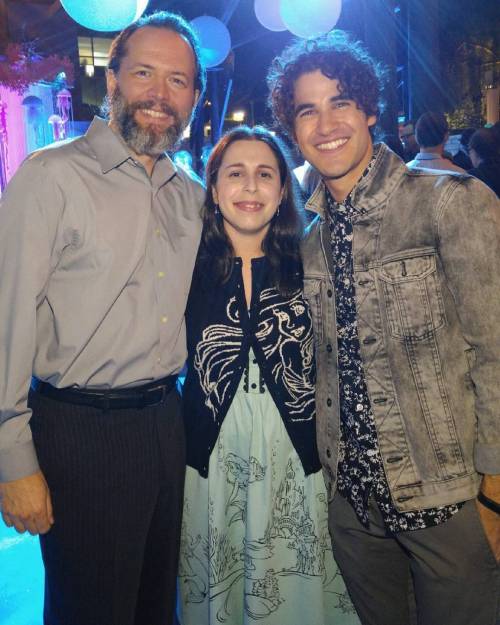 dailydarrennews
lsm4556  "Found myself in the middle of a "Prince Eric" sandwich between Christopher Daniel Barnes and Darren Criss at the VIP party at the #hollywoodbowl  I am one lucky lady! #littlemermaidlive #littlemermaidhollywoodbowl #littlemermaid #princeeric #darrencriss #pinchme"

Very sweet message from a fan. 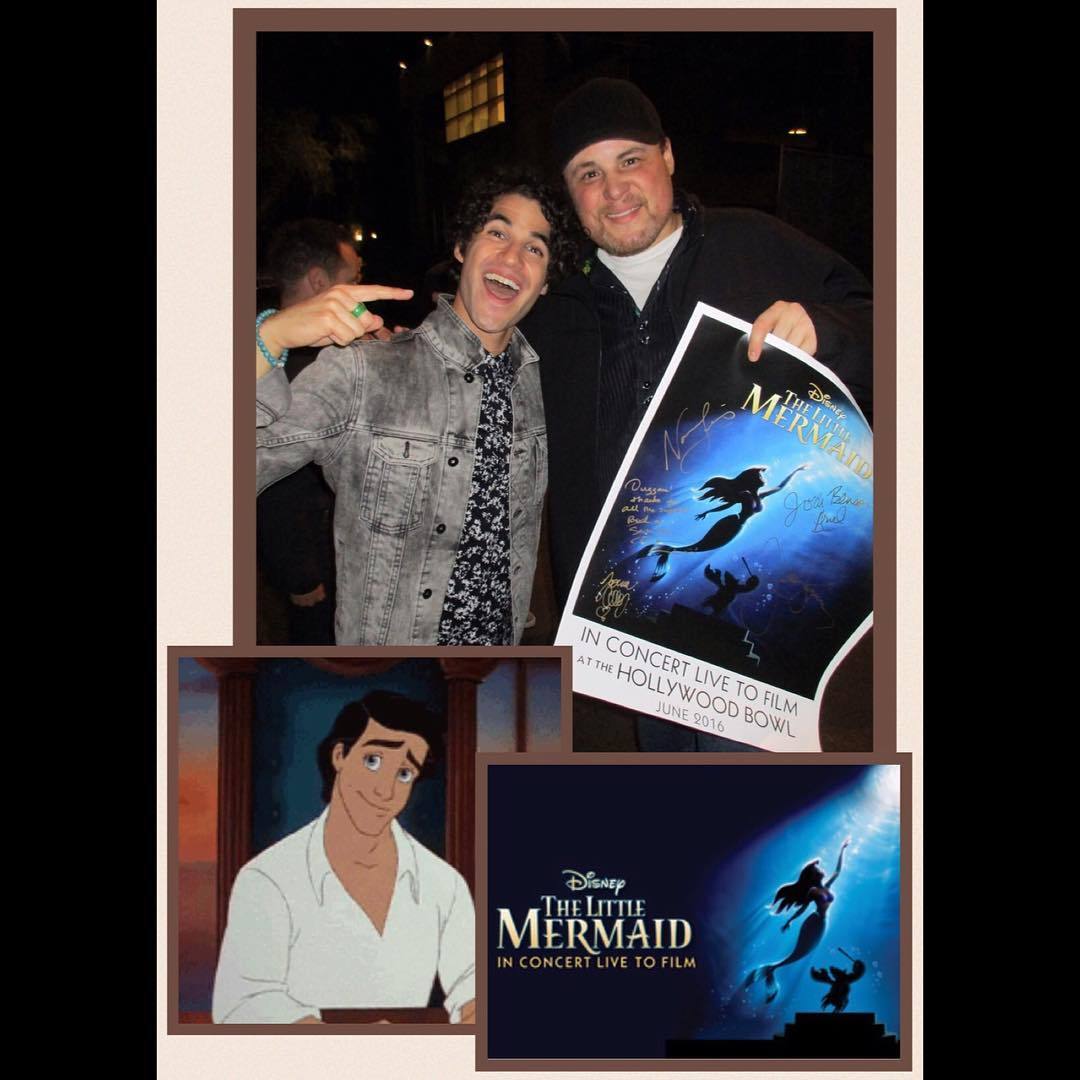 dugganlbc"@darrencriss #darrencriss #actor #singersongwriter #glee #thehollywoodbowl #littlemermaid #littlemermaidlive #littlemermaidhollywoodbowl #priceeric Darren Along with the star-studded cast did an amazing job at the Hollywood bowl it was a great night under the stars i'm in following Darren's career for many years it was great to see him in such a fun production ! #sotalented #verycool! " 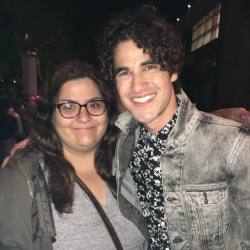 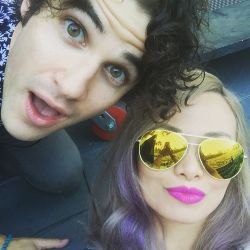 Her second photo was funny. 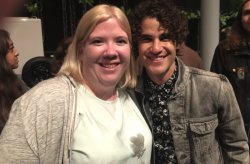 X  "It happened again!  Thanks, @DarrenCriss for being so amazing.  Perfect end to my trip to L.A." 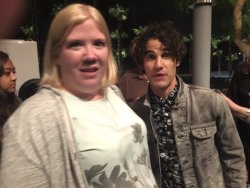 X  "This picture is actually my favorite.  We were trying to figure out if my friend took the picture.  @DarrenCriss" 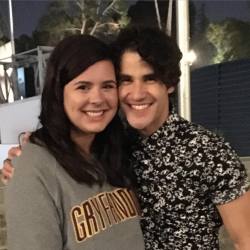 dailydarrennews
tessantoniuk "This. Is Darren Criss. I am so incredibly happy I finally got to meet him. He is so talented, funny and just a generally amazing human. Thank you for tonight. #purebliss #tesrahtakesla" 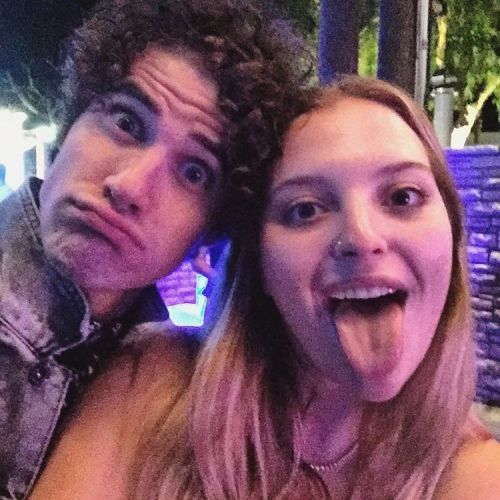 [b]rcwood123:[/b] "This incredibly talented guy made this weekend a blast @darrencriss and his whole team is amazing"

I posted this pic, to show how good-natured Darren is, humoring his fans. 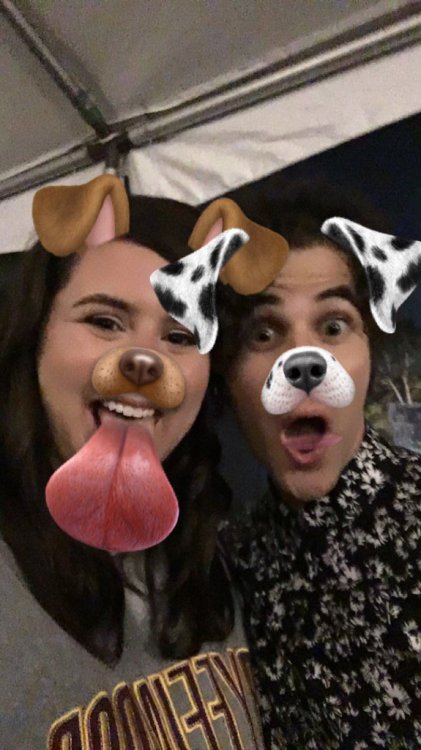