Hi Lin.  Hope you did well on your exams!

Lin wrote:Doesn't answer his friends' texts, but replies to some random guy who took a picture of him in the subway... tsssk, Darren!

Can't stop laughing! "Pretty sure I have an unanswered text in there somewhere" lol!  He is so busted!

I admit that I browsed some of the fans' responses to Darren's tweet.    Some were horrified.  Some of the fans were very (sweetly) concerned for Darren.  One fan even helpfully suggested Darren look in those unanswered calls/emails to see if he received any news of Link Larkin (Hairspray Live).

Do you guys have the impression that Darren purposely likes to amuse his friends with self-deprecating humor?    I have a feeling there is a reason why we see pics of Darren as a clown, because he may have been a class clown when younger and still enjoys making people laugh.

Lin wrote:But I always love when he (very nicely) calls out people who think they were being sneaky.

Yes, I agree with this.  I admire his tactfulness, when he calls people out for trying to sneak in a pic of him in public.  If you want a pic, just ask.  Knowing Darren, he almost always says yes (and when he says "no," it's for a good reason).

dusty wrote:Good for us though that he is so busy he doesn't have the time to respond.

I hope that he's busy working on fun stuff (for us to enjoy later), as well as having fun!   I have to say, I noticed the bags under his eyes in these two pics.  He especially looks tired in the second pic. 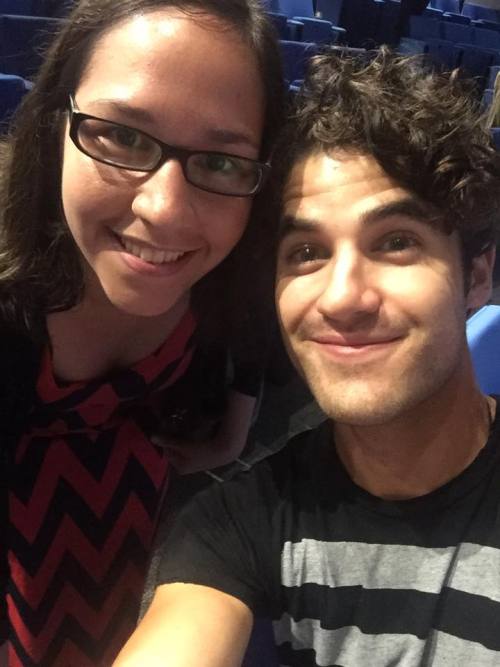 “The only thing cooler than getting to watch the new Ghostbusters movie at an early screening at work was watching it with Darren Criss sitting in front of me! The movie was hilarious, Darren was super nice. ‪#‎whoyougonnacall‬ ” |

kristendallo: Intern Challenge = calling @DarrenCriss to be ur date to the EW GhostBusters screening so u can win

And Darren continues to try to make us laugh and smile. 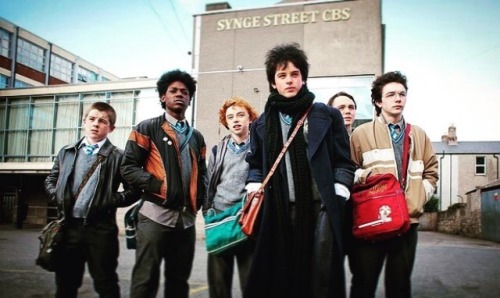 darrencriss: Now that it’s back in the theater, I would like to officially endorse my love for @singstreetmovie. Was obsessed with this film at Sundance. Can’t understand how it didn’t make a bigger splash. To me, it’s up there with all the classic band movie greats. Can’t wait for people to hear the original songs at the Oscars- all tunes I so desperately wish I wrote. Never seen a movie that has better portrayed that journey of musical adolescence- of what it’s like to search for and find your voice through music. This one’s especially for all band-obsessed siblings, growing up listening to records in their basement @CharlesCriss. Go see it now and buy the soundtrack and dance around your room like I am right now. Drive It Like You Stole It!


I love how much he shows his support for art that touches him.   I remember seeing a preview for this film, and thinking it looks fun and that I'll like to see it.   It sounds like the film really connected with Darren on a personal level, in terms of his experience of "that journey of musical adolescence--of what it's like to search for and find your voice through music," as well as the connection that he and Chuck shared over their love of music and the nostalgic memory of both Criss brothers listening to music in their basement (which is also where Darren spoke about surreptitiously watching Hedwig and the Angry Inch).