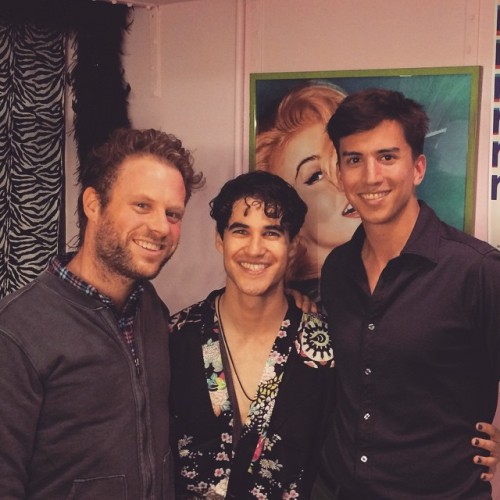 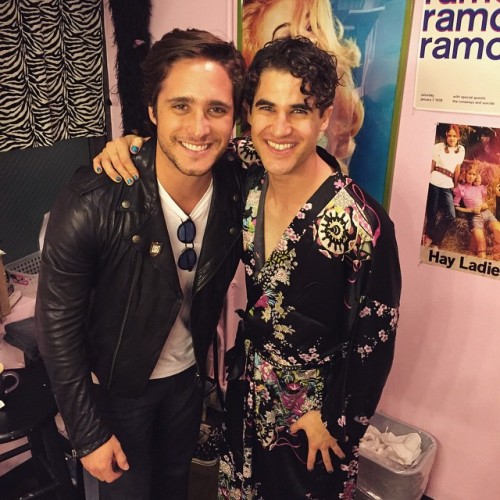 diegoboneta: Great to see my brother @darrencriss kill it at Hedwig on Broadway!!! One of the best performances I’ve ever seen… It will blow you away. Chapeau my friend!
DCN 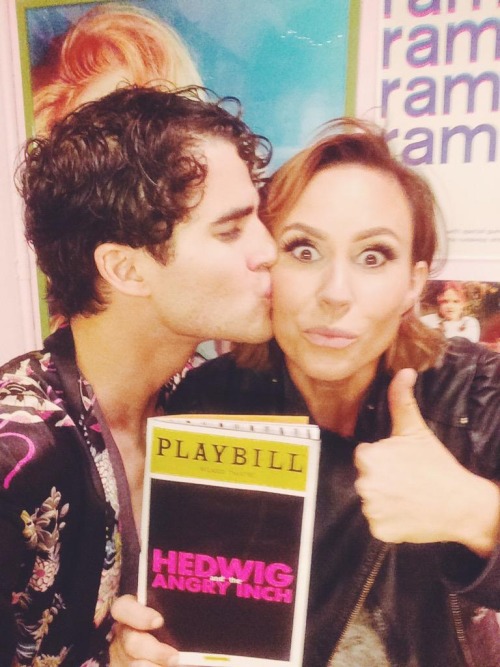 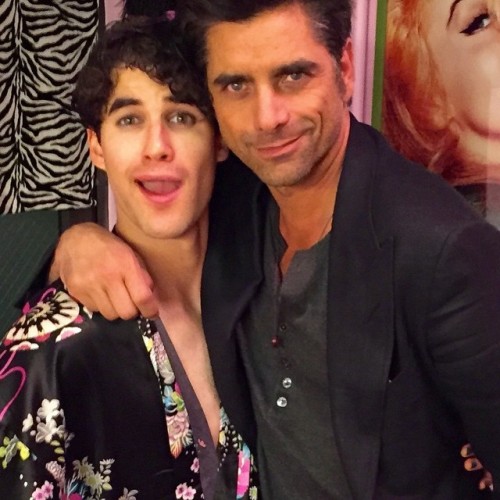 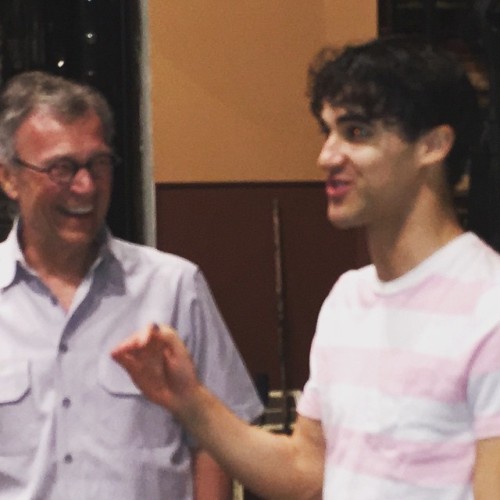 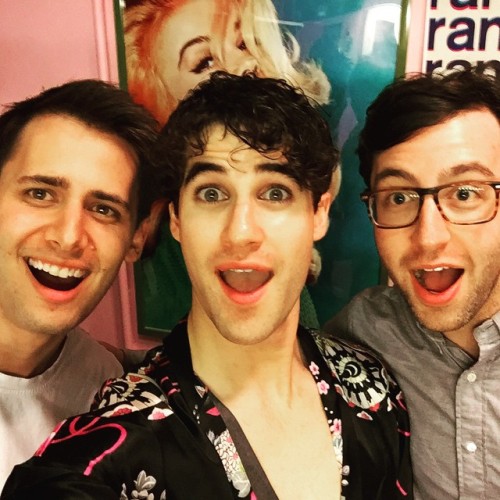 Note:  Eric Kuhn is a media executive, and was formerly the head of United Talent Agency.  And that's Benj Pasek too. 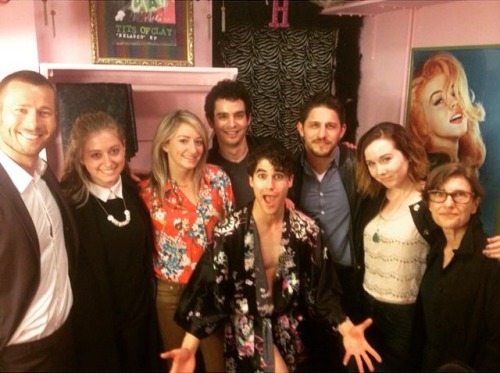 Note:  Glen Powell, an actor is also in the pic. 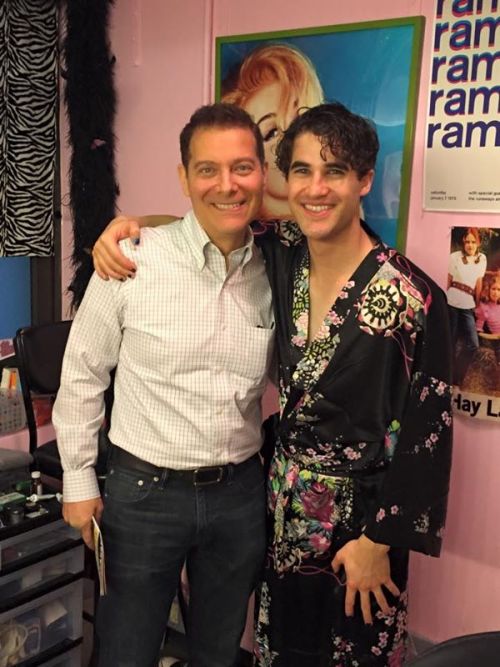 MichaelFeinstei: Darren Criss as HEDWIG on Broadway- a must see!!
May 17, 2015
DCN

Note:  Michael Feinstein is a singer and pianist who has been nominated for an Emmy twice and for a Grammy five times.   He and Darren performed together on a New Year's Eve special on PBS.