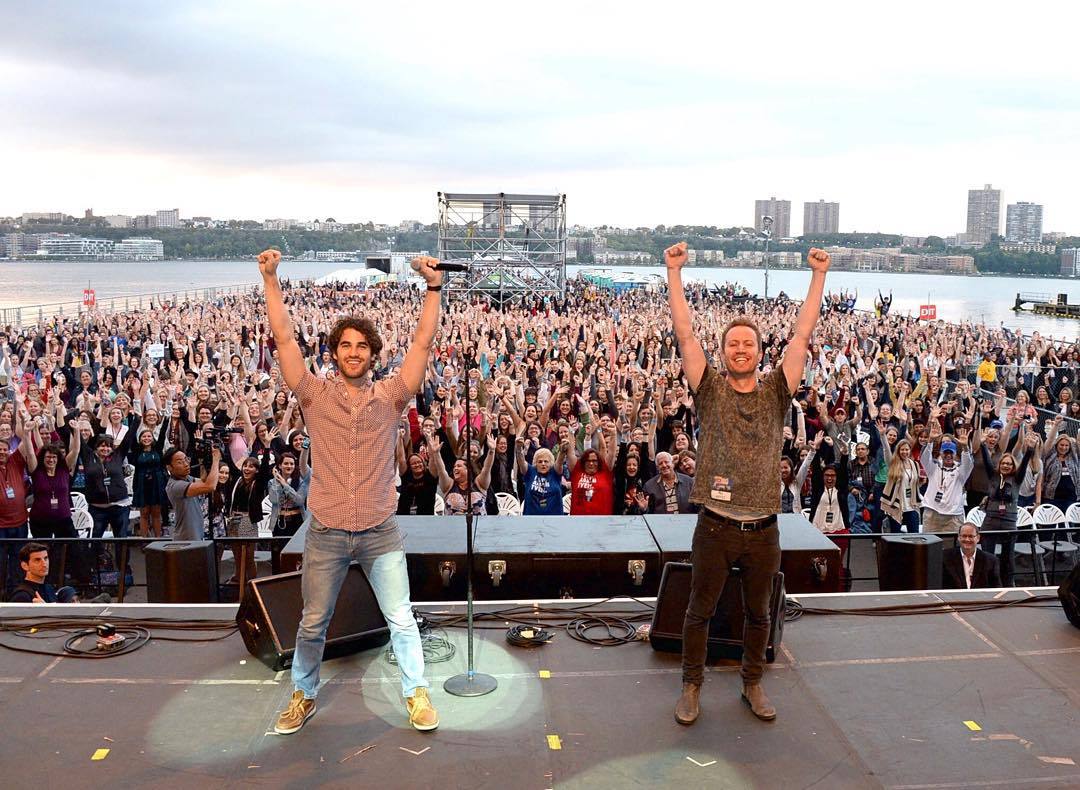 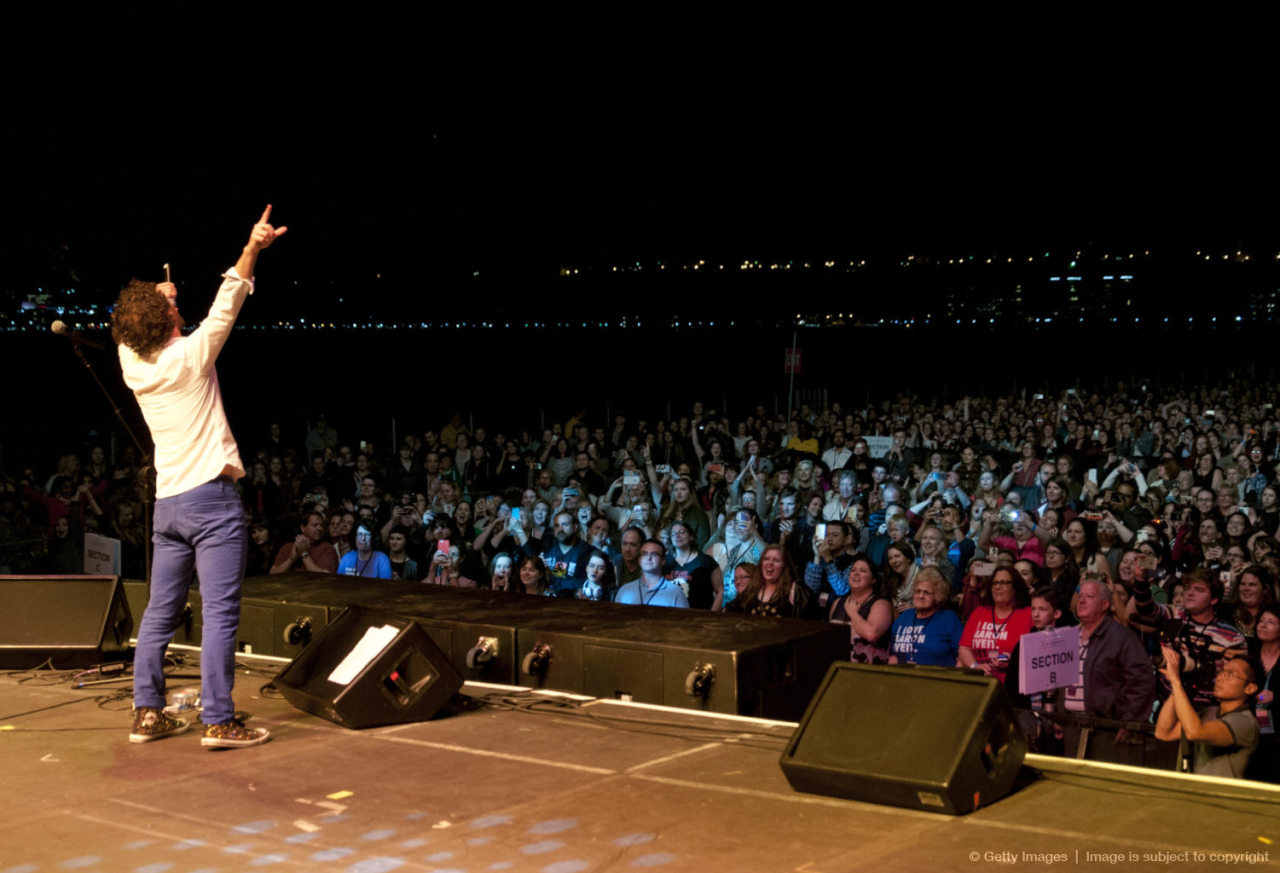 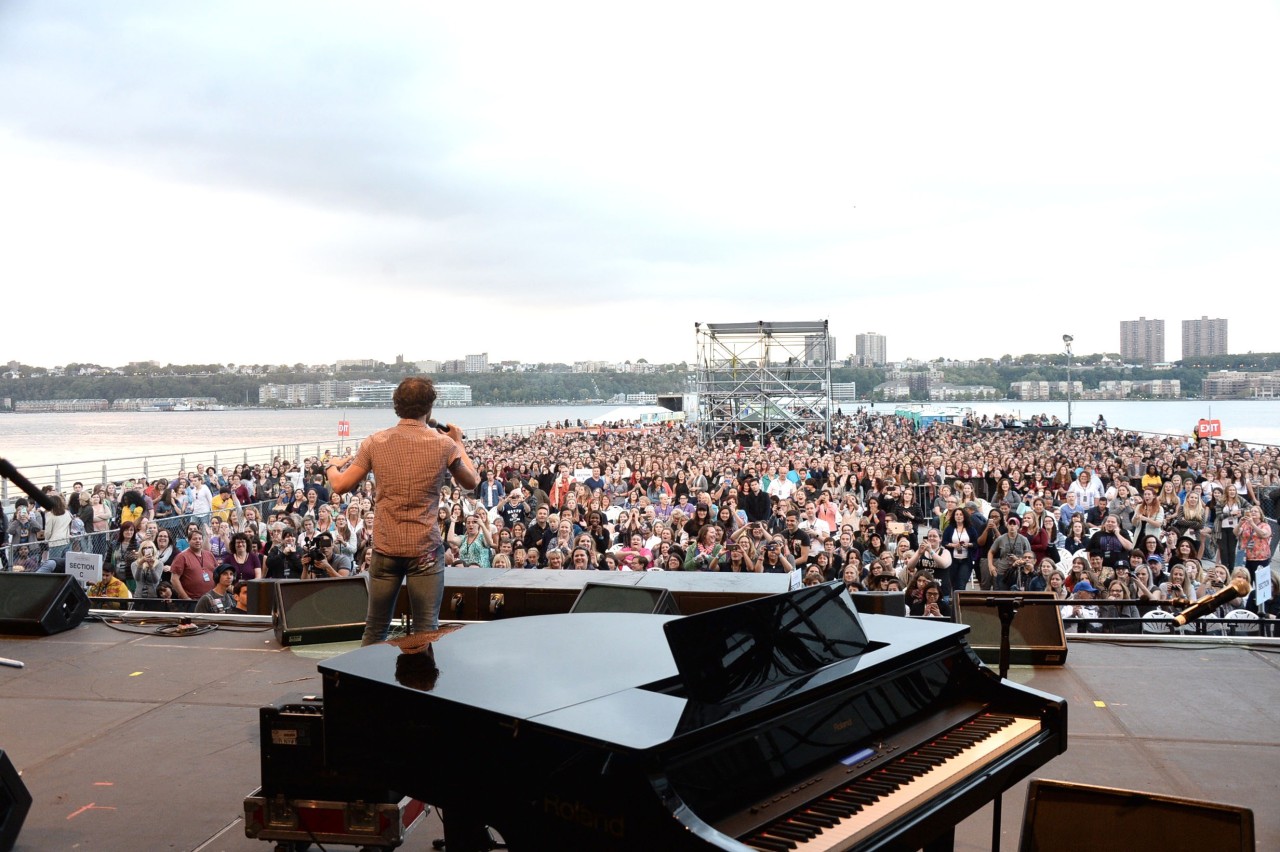 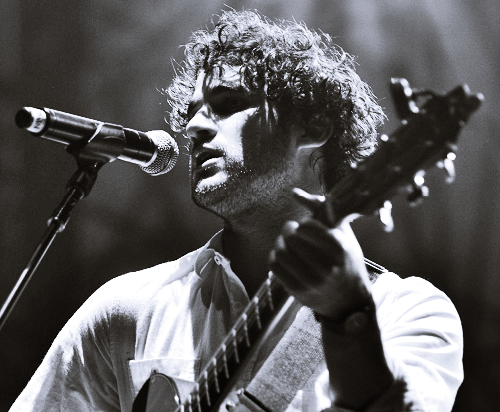 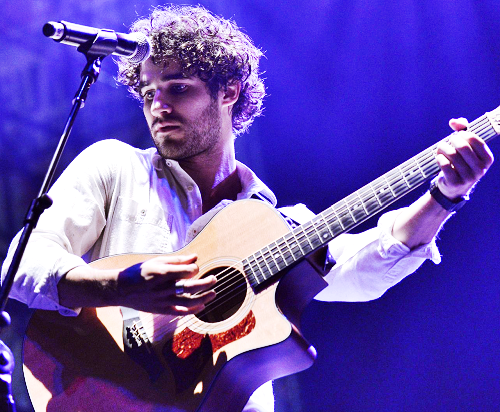 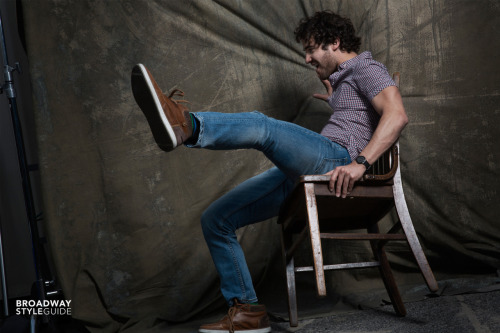 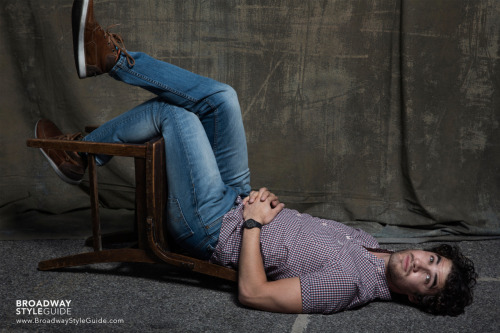 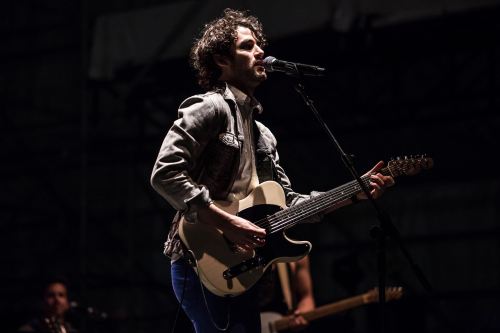 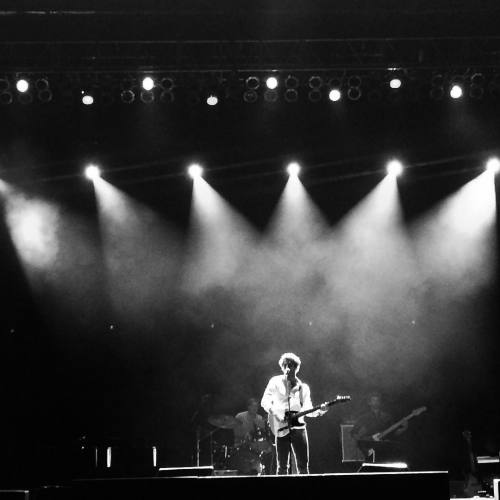 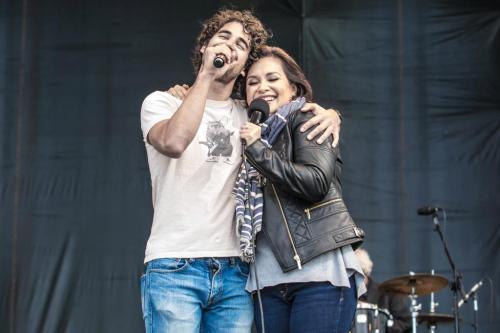 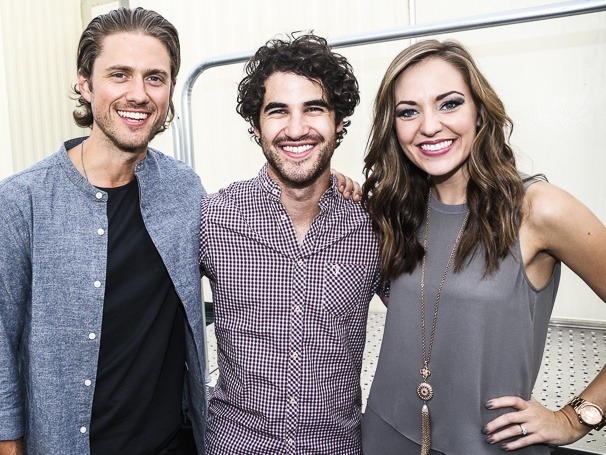 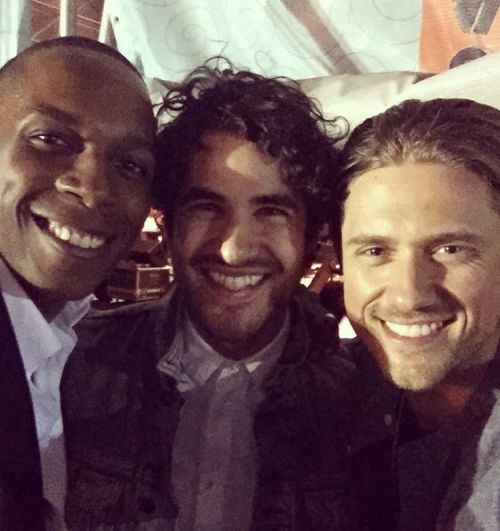 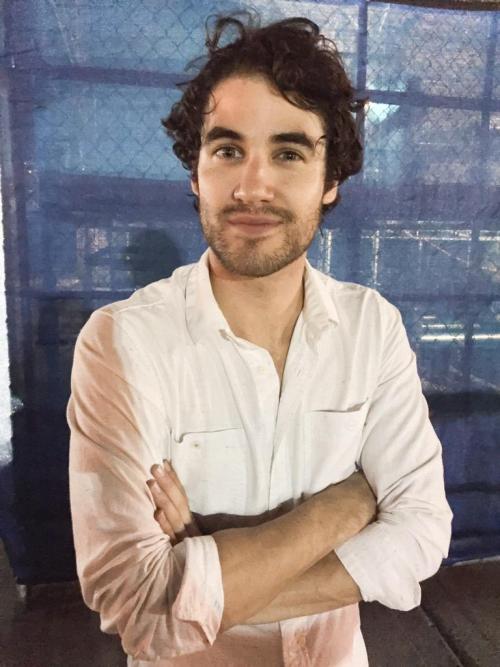 Note: @cashleelee is from the Hollywood Reporter.

Some reviews of Elsie Fest:

Review by Broadway.com wrote:Thumbs Up!  Darren Criss and His Electrifying Elsie Fest Are Exactly What Broadway Needs

The multimedia wonder kid—who became famous for a YouTube musical spoof of the Harry Potter franchise—is clearly the next generation of stage star. Musically talented, wildly passionate about theater and in touch with the uber-connected younger set of Broadway fans whose energy can fuel the kind of buzz that professional marketers couldn’t pay for. After a summer that found him fulfilling a fantasy by headlining Hedwig and the Angry Inch, Criss set his sights on giving theater kids like himself a super-hip outdoor festival that mirrored the kind of legendary day-long events enjoyed by music fans of just about every other genre.

The result—the seven-hour Elsie Fest that brought thousands to a pier under a gorgeous sky on the Manhattan’s west side on September 27—was an audacious, electrifying success. Perfectly “cast”—the day’s line-up read like a who’s who of Broadway.com traffic magnets—and beautifully executed, Elsie Fest was easily the coolest Broadway event of the year. Just taking stage stars Aaron Tveit, Laura Osnes, Leslie Odom Jr and Lea Salonga off the fancy stages of Broadway and the nightclub scene and into a real rock and roll venue with kick ass musicians to sing not only show tunes but also pop hits was a thrill to watch. The highlights were too numerous to name and the fans ate up every second.

During his killer set that closed the show—which offered not only Glee hits, but some sweet acoustic Broadway standards and a genius reunion with his Star Kid friends from Hogwarts—Criss promised to bring Elsie Fest back next year. For the sake of Broadway and the most passionate pack of fans we know, we’re gonna hold him to it.


For impassioned, young theatergoers who live for the cast albums of “Les Misérables,” “Hamilton” and other hit musicals, Elsie Fest was, undoubtedly, the pinnacle event of the season.


Fresh off his stint in Broadway’s “Hedwig and the Angry Inch,” Darren Criss co-devised the Sept. 27 event as a one-night-only fête of all things Broadway, teaming up with manager Ricky Rollins, producer Jordan Roth and a bevy of stage and screen pals. The aim, he said, was to meld the pulse of outdoor music festivals like Coachella and the pizzazz of Broadway with the intimacy of cabaret.


Still, Broadway’s fall season is shaping up to be its most diverse yet, a fact not lost on Criss and the Elsie Fest team. In fact, those who immediately associate musical theater with jazz hands and top hats (not to mention a stuffy, older crowd) would find none of that here. Each performance felt geared toward the hip audiences who are making shows like “Hamilton” unprecedented smashes.


Judging by the thunderous applause that greeted Tveit’s cheeky take on Taylor Swift’s “We Are Never Ever Getting Back Together” and Criss’s heartfelt version of “I Dreamed A Dream” from “Les Mis,” the show needn’t worry about finding an eager audience. Bravo to Criss and the rest of the performers for not only shining the spotlight on musical theater, but giving the genre a blast of modern cool. Now we’re just counting down the days until news of the 2016 lineup!


Darren Criss filled that Disney prince-sized hole in our heart at Elsie Fest Sunday night, singing “A Whole New World” from Aladdin alongside Lea Salonga, the actress who sang Jasmine’s songs in the iconic 1992 film.

Review by Her Campus wrote:Elsie Fest:  The Coachella for Broadway Fans


This past Sunday, the JBL Live at Pier 97 hosted the first ever Elsie Fest, referred to by some as the "Coachella for Broadway tunes". The festival featured a number of loved performers in theater community, singing songs from their favorite shows, and even by some covers by their favorite mainstream artists! With tons of people fresh from their trip to the Broadway Flea Market, the pier was loaded with people donning merchandise from their favorite Broadway shows, singing along to their favorite show tunes, and enjoying the camaraderie of a community that loves to celebrate theater. Food trucks, karaoke, and a Marie’s Crisis beer garden enhanced the fabulous setting for a long day of music.

Darren's set list:- I’ll Make a Man Out of You, Mulan- One Fine Day, Beautiful: The Carole King Musical- Animal (with Tyler Glenn), Neon Trees- This Time, Glee- The Long Grift, Hedwig and the Angry Inch- Brotherhood of Man, How to Succeed in Business Without Really Trying- I Dreamed a Dream, Les Misérables- Beauty and the Beast (with A Great Big World), Beauty and the Beast- Not Alone- Teenage Dream, Katy Perry- Going Back to Hogwarts (with Team Starkid), A Very Potter Musical- Cabaret, Cabaret


Because this was the first ever Elsie Fest, no one really knew what to expect. In my opinion, it was a great experience. The only problem that stood out to me was the food . . .  But other than that, it was a great first go – I really enjoyed the community feeling, the fun, comfortable atmosphere, and thankfully, great weather. Due to the overwhelmingly satisfied response I’ve been hearing about Elsie Fest, it is very likely it will become a yearly event here in NYC.


Check out the videos, and I will definitely be seeing you at Elsie Fest 2016.

Some recaps and/or photo galleries:

janel-moloney:
I used to have a girlfriend known as Elsie
via dahlstrom

A Whole New World (Duet with Lea Salonga)
Super Friends (StarKid)
I'll Make a Man out of you
One Fine Day
Animal (duet with Tyler Glenn of Neon Trees)
This Time
The Long Grift
Brotherhood of Man
I Dreamed a Dream
Tale as Old as Time (from Beauty & the Beast, with A Great Big  World)
Not Alone
Teenage Dream
Getting Back to Hogwarts (with StarKid)
Cabaret


I love duets between Lea Salonga and Darren.  The chemistry between these two friends just adds something special to their lovely mix of voices.

Love to listen to Darren's version of "The Long Grift."  I loved Rebecca's version, but Darren's more intimate version gives us a sense of Yitzhak quietly being introspective about his relationship with Hedwig.     This was the song that he said he played while in his band that he had during high school.


Darren's acoustic version is so beautiful, so full of emotion.

The harmonies are gorgeous.

This is a nice performance of "Not Alone."     The harmonizing with the band sounds great.

I love this punk version of "Cabaret."    Just the way he delivers the lyrics is so interesting.