All You Ever Wished For (formerly "Smitten!")

ha!  I wouldn't be surprised if someone did see it at the festival and then posts it on Youtube.

I'm not sure how much of the film they will show at the festival, but yes!   Even though the entire film won't be shown at this festival, I hope the film gets some buzz from viewers.  Cross fingers!

Thanks. lets hope it gets one soon, if it hasn't got one already.

That gif set is very cute. His eyes!!! He definitely beats the cow! 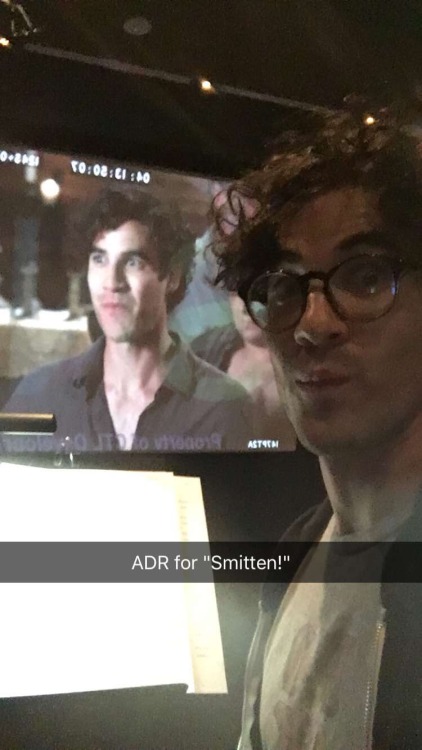 
This is interesting, and sounds positive.   I hope this means the film is moving forward and hopefully, we will hear something about a distributor being attached to the film.

Madelina posted that she finished ADR in early July. 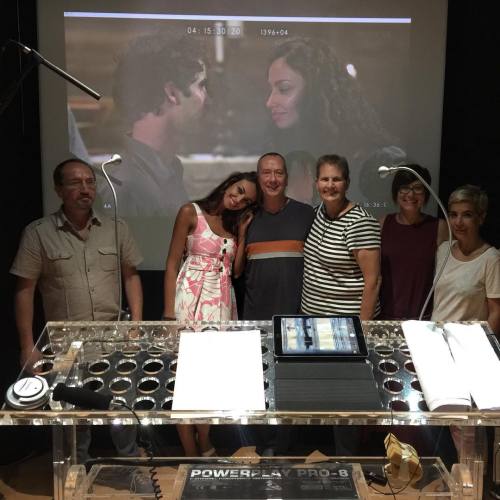 officialmadalinaghenea: Just finished ADR .Thank you all !
So very proud to call these wonderful human beings my movie family .one year on from filming the countdown is getting closer ,in a few days at @ischiaglobalfest we will show a few minutes of our film !!! this is a great honor for us and for ‘SMITTEN’ !Barry ,my dearest don’t know how to thank you ,back in Romania when I was a child and I was selling tomatoes and cucumbers I never ever ,not even for a second thought one day I will be the lead role in a movie directed by an Oscar winner ,not 'just ’ an Oscar winner but really the most beautiful soul I know !thank you @pascalvicedomini for having us at @ischiaglobalfest, my acting path started for me in Ischia 5 years ago and you are the first one that believed in me as an actress ,here I am coming back this year with my first lead role !thank you and your lovely wife for being such great hosts every summer . #WorkingNightAndDay #Smitten #BarryMorrow
(via dailydarrennews)

Here is an explanation of what "ADR" means:
"An actor watches the image repeatedly while listening to the original production track on headphones as a guide. The actor then re-performs each line to match the wording and lip movements."

Actors must try "to achieve sync and to recapture the emotional tone of their performance."
filmsound.org


I wonder if this was the work-related reason that Darren needed to be back in L.A. at 3:30 today?

@Poppy wrote:I wonder if this was the work-related reason that Darren needed to be back in L.A. at 3:30 today?

Probably. I think Madelina did her ADR work in Italy, so maybe that's where the delay between her and Darren comes from.
I really hope Darren doesn't forget about/get tired of Snapchat any time soon, I feel like he's posting much more stuff that he normally wouldn't on other social media.

Lin wrote:Probably. I think Madelina did her ADR work in Italy, so maybe that's where the delay between her and Darren comes from.

Lin wrote:I really hope Darren doesn't forget about/get tired of Snapchat any time soon, I feel like he's posting much more stuff that he normally wouldn't on other social media.

I don't know anything about Snapchat.  Can anyone explain it to me?   I think it's cool that it appears that one  easily may place fun/funny animated images (like "cartoon Darren" and a cartoon pic of a fuel gauge on empty) and decorative messages, on top of actual photos.    It seems like that kind of social media would appeal to Darren's fun and quirky side.


He does seem to be making an effort to use social media more often, which I think in general is a good thing, to connect with fans on a broad level  like that (along with his continuing to be quite remarkable in that compared to  most celebrities, he always has made a huge effort to try to connect with fans he actually meets, by taking photos, signing his autograph, making eye-contact, asking fans how they are doing, even when he is in a rush, something that most celebrities shy away from, generally-speaking).

Thanks Lin, for your answer about SnapChat (see the Darren Appreciation Thread).   It was very helpful. 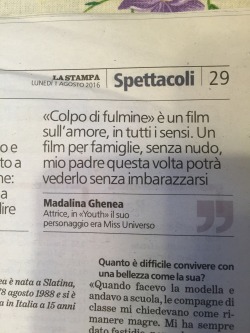 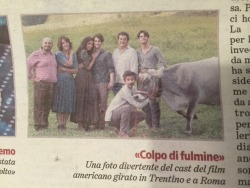 La Stampa (Italian newspaper) wrote:“Smitten! is a romantic love movie, in every respect. It’s a family movie, no naked scenes, this time my father will be able to watch it without any embarassment” _ Madalina Ghenea

The caption under the picture from the set is:

A funny photo of the cast of the American movie filmed in Trentino and Rome.

The newspaper announced that Smitten! is “coming soon” but it didn’t give any specific arc of time/date.
(via dailydarrennews)

Madalina posted a video.  Here is the link on her instagram:  officialmadalinaghenea

And she posted this instagram message with the video:
"


In the video, you can see Darren in the background playing on  his guitar.

Ah, Jeremy, I am impressed you knew that!  Thanks for the info.

This thread is pretty quiet. Nothing new about the movie since September ?

Yes, there hasn't been any news about Smitten! for a while.  I googled it and googled Barry Morrow (the director) and didn't find any more updated news.  I hope we hear some news about it early 2017.

What a coincidence, some Smitten!-related news.

Google translate: wrote:
Little clip of Darren Criss in his next film "Smitten" via Aurélie Gibaru in the IG. Posted on 12/07/2016.

And via Alex of DCN (thanks Alex!) 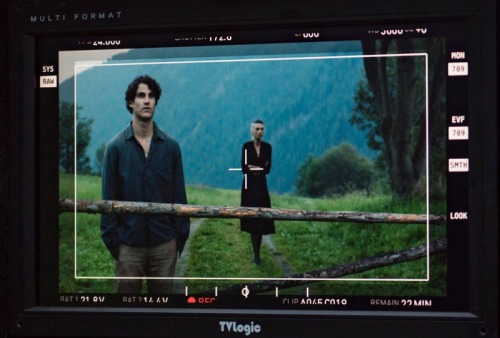 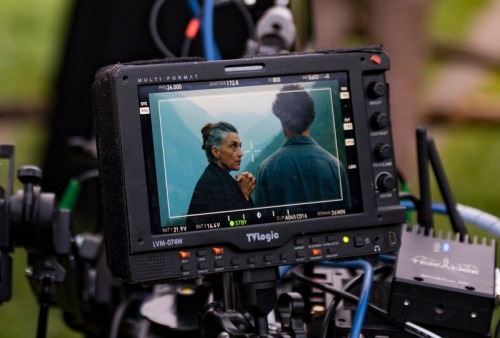 
Cross fingers we get some news of a distributor soon!

Please say this is a good sign that Smitten!  will make it to the theaters in 2017! 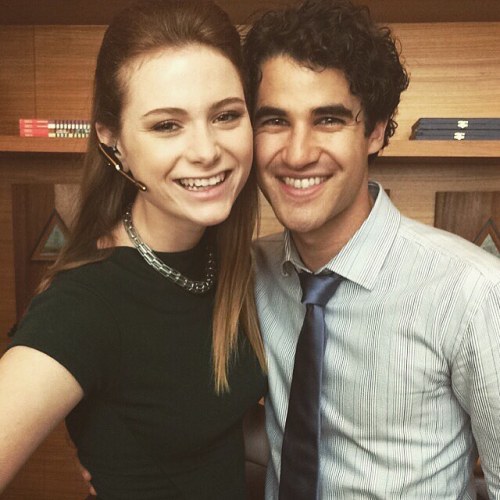 mdunn.nyc: Getting too anxious waiting for the movie Smitten! to come out where I get to play this guy’s assistant!

Darren's character (Tyler?) is supposed to be a shallow fashion exec, possibly a jerk-type.  I can see Darren, during breaks,  apologizing profusely to this young actor, for being so mean to her when he's in character. This romantic drama is set in Italy and is directed by Oscar winning director, Barry Morrow (Rainman).   It features a 70 piece orchestra, accordion, mandolins, acoustic guitar, and a children's choir.

Some more info about Jeff Cardoni, from his website:

He has received several ASCAP Film and Television Awards for his work on the worldwide hit CSI:Miami and was nominated for an Ariel Award for his score to the feature 7 Dias.

Jeff is also an active songwriter, penning the theme songs to FX’s The League, MTV’s “Pimp My Ride”, and Fox’s MadTV,  with songs appearing countless films, including "Hard Knock Life" with Mike Myers in Austin Powers, “Long Road Home” featuring Gene Simmons of Kiss for CSI, on camera songs for Fox’s Gotham, The Sweetest Thing with Cameron Diaz, A Walk To Remember, New York Minute and many others.

I think this is the first time we saw actor James Remar in the credits for the cast (is that right, guys?).   I recognize James Remar when I looked him up. 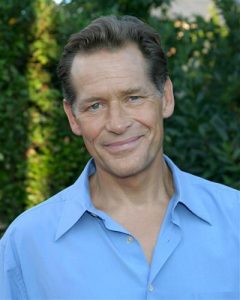 He was in Sex and the City, Dexter, and The Vampire Diaries.

Guest
Yay! some Smitten news! Gosh, he looks scrumptious in that clip! It looks pretty funny! Hope it will be released in the cinema here.

Am hoping we see Smitten in the theaters in 2017! Guest
Love that pic of the cast/crew relaxing together. And of course Darren is playing his guitar so that everyone can sing. 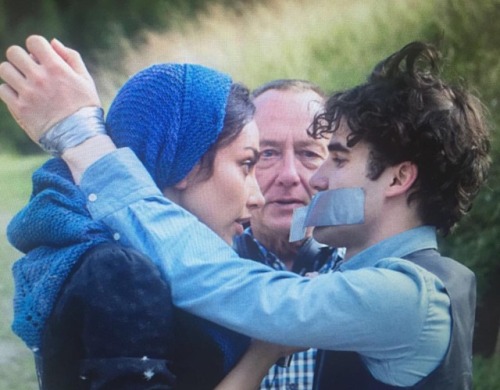 
I can't wait for this film to be released!

Guest
Love that photo! He looks so good, even with duck tape! fifty shades of grey, the farm yard version!

Re: All You Ever Wished For (formerly "Smitten!")