Dramatic pic.  I love how they all are wearing dark blue and the shadowy background. thewrap: Take a sneak peek at our Miniseries/Movies Emmy issue, coming out tomorrow! This issue is #AllTheRage, as it features Judith Light, Édgar Ramírez and Darren Criss of ‘American Crime Story: Versace,’ as well as many other sensational men and women of television and film. Stay tuned for plenty more to come!! #Emmys #ACSVersace [camera emoji] @ecarenphoto, Creative Director @guerin_ad

Emmy "Voting closes June 25, with the nominations to be announced July 12."   I can't wait!   I have to say I've always had a problem with views that awards should be given to an actor to reward that actor for other projects during their significant career, especially when earlier awards were not granted to that actor.   Shouldn't this year's award be based on this year's performance in this year's project--not for all the other projects that were worthy during an actor's career for which that actor failed to receive an award?  Just my two cents.

As any TV critic who moonlights as an Emmy observer will tell you, the Television Academy’s choices can be… frustrating. The tendency to nominate the same series and performances year in, year out; the reluctance to acknowledge certain challenging titles; the labyrinthine rules: The Emmys are often easy to predict, yet difficult to understand.


With that in mind, my annual mock Emmy nominations ballot is a plea for voters’ consideration, a paean to the medium’s finest and an attempt to highlight those still flying under the radar as voting gets underway. It’s full of tough decisions and merciless cuts—including a few that may have you scratching your head. It’s not predictive, but aspirational. And it’s written in the hope that it might get even a single voter to give a deserving series or performer another look.

Voting closes June 25, with the nominations to be announced July 12. Let’s get started! 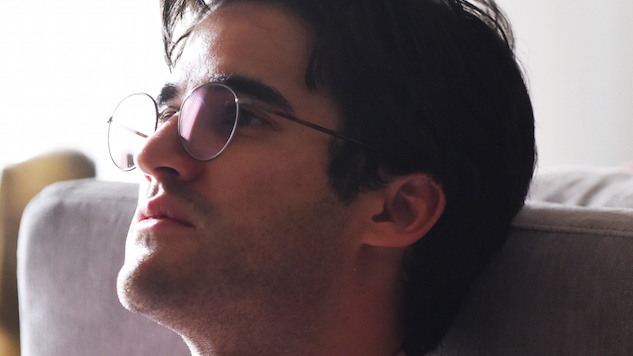 It’s been a strong year for limited series. As I’ve written for the site more than once, The Assassination of Gianni Versace is a remarkably radical treatment of queer themes, unspooling in reverse chronological order across multiple genres and painted in Miami pastels. Alias Grace is equally ambitious, in terms of both structure (toggling between two timelines) and perspective (that of an accused murderer); Twin Peaks, meanwhile, is so wildly imagistic, and yet so primal, that the eminences at Sight & Sound and Cahiers du Cinéma decided its excellence made it a film. (It’s a TV series. Always has been.) Even the category’s less groundbreaking entries, Howards End and The Looming Tower, are formidable iterations of familiar stories—an embarrassment of riches, indeed.

So, here is where I come across a familiar Emmy dilemma. Criss does career-making work in The Assassination of Gianni Versace, transforming spree killer Andrew Cunanan into a gruesomely magnetic villain/protagonist, and in any other year I’d say you were out of your gourd not to give him the trophy. But MacLachlan does career-defining work as Twin Peaks’ Dale Cooper, earning Emmy nominations for the series’ first two seasons in 1990-1991, to which he adds both Coop’s doppelganger and Dougie Jones in last year’s revival. Criss will have more bites at the apple. I say give MacLachlan the award he’s deserved for almost three decades. darrencriss: Me and @penelopecruzoficial just singing along to some George Michael…

Both a character study of killer Andrew Cunanan and a time capsule of 1990s queer culture, the second season of Ryan Murphy’s “American Crime Story” also trumpets the true arrival of Darren Criss. While it’s never been a secret that the “Glee” and “Hedwig and the Angry Inch” star is a certified song-and-dance man, here he plumbed the depths of a sociopath’s psyche, turning his naturally cheery demeanor dark, desperate, and introspective. The power of Criss’ about-face is enough to put him on any awards shortlist, but it helps that he’s surrounded by an ensemble that meets him mark for mark: Ricky Martin, Judith Light, and Édgar Ramírez and Penélope Cruz as the Versaces. —Benjamin Lindsay I thought this was interesting.  Sounds nice to be part of the Ryan Murphy family.

As for the biggest takeaway or lesson learned from his experience on The Assassination of Gianni Versace, Minahan observed, “I’ve been working closely, shoulder to shoulder with the crew, executives, creatives and showrunners on the last five shows I’ve done. The major takeaway for me moving forward is I want to create a family like the family that Ryan has created at Ryan Murphy Productions. When you reach a certain level, there’s the expectation that everyone brings their most excellent work to the show. But beyond this, Ryan’s company has a respect and familial quality for its people. You feel safe, protected. There’s loyalty. You have the feeling you are doing something important. It’s still a series. It’s still entertainment but there’s a greater sense of purpose and significance to the stories you tell.”