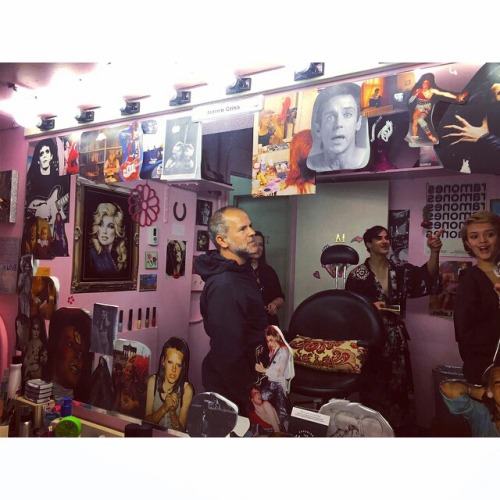 thomas_mann: Backstage after #hedwigandtheangryinch @darrencriss is a force to be reckoned with. Thank you.
DCN

Note:  Thomas Mann is an actor.  Olivia Cooke is an actor and also is in the pic.  They were in the film, Me and Earl and the Dying Girl (a film that Darren tweeted about).   She also was on the TV series, Bates Motel. 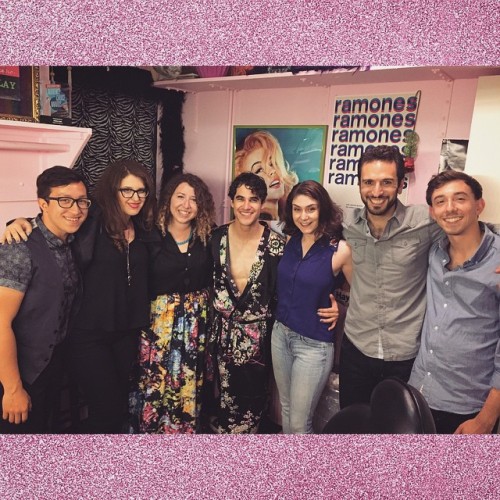 coreylubo:
No words. Incredible. “All the strange rock and rollers/You know you’re doing alright” (at Belasco Theatre).
May 27, 2015
DCN

Note:  Rae Votta is present.  She is a writer, and has written articles about Darren.  Also:  StarKids Corey Lubowich, Brian Rosenthal and Ali Gordon. 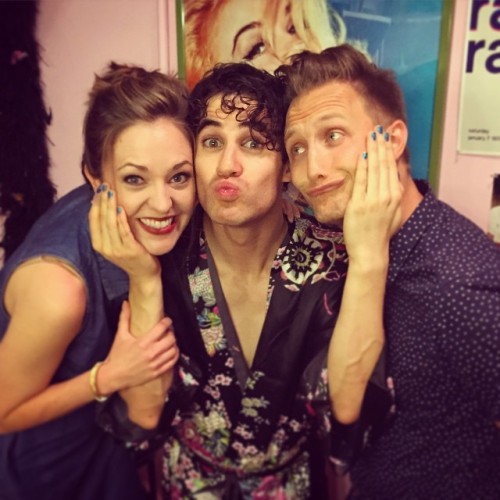 lauraosnes: Speechless from both your star performance & your complete graciousness, @darrencriss. Thanks giving it for us tonight! @hedwigonbway #kimono
May 27, 2015
DCN

Note:  Pomme Koch is a friend of Darren from the U of Michigan.
-