Funny and weird video about using social media, with some comments from Darren.


Short video of Da Man at their Celebration, with cute comments from Darren.   He appears twice in the video

gif of Darren in the Da Man video


Some pics from the past:

A photo of Darren accompanying this fan at the Tony Awards 2015. Going even further back in time with this photo.  Glee Live was in 2011.   He hasn't aged much at all, has he? 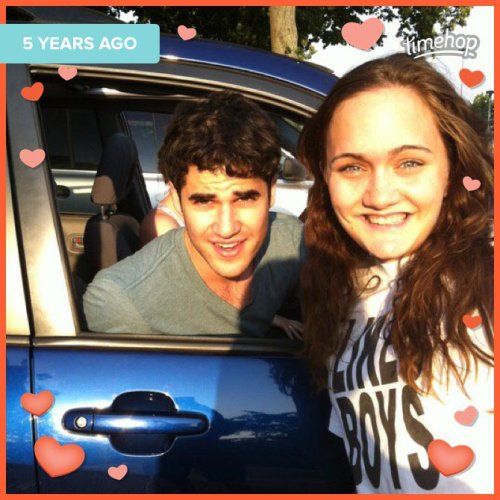