Meanwhile I kind of peeled my finger instead of the potato I was aiming for, so now I can't bend it and typing is a bit of a bother. I shouldn't be allowed around sharp objects.

Thanks so much, Lin.

Oh my, I'm so sorry about your injury, Lin.  I hope it's not too much skin.  I've done that before.  I hate it when I hurt myself in the kitchen.  Cooking is dangerous!  Whatever you do, do not buy a mandoline.  I knew someone who used it without the guard and he literally cut a chunk of the tip of his finger off.  Poor man was uninsured, so he didn't go to the doctor, but at the very next opportunity, he signed up for the Affordable Care Act.   Sorry, I'm digressing.

I'm guessing you hurt  it on the knuckle?   Keep it loosely bandaged in the day if you are using that hand to prevent it from getting re-hurt.    I hope it heals soon, Lin.

I saw people from England and Australia complain that they still don't have a release date, so it's all the more surprising to me that Germany already has one and it's less than three weeks after the official premiere. Not that I could wait that long or even have the channel, but still exciting! It usually takes several months at least for most shows (that aren't Game of Thrones).

Thanks for the info, Lin.  I think I will keep a log of  the release dates for the various countries and the channels when I find out.  Lin, on what channel will folks in Germany be able to see Versace?   And what is the release date?   Thanks so much!

So I had missed this post on Darren Criss Army.   Versace will show on BBC Two in England.

Darren Criss Army wrote:NOTE: This article has a few spoilers about the storyline.

A few quotes from the article:

Some think his showbiz lifestyle is what drew Cunanan to him. It is unknown if the two men had met before the day of the murder.

Cunanan's first two victims were his friend Jeffrey Trail, who he battered to death with a hammer, and his ex-lover David Madson, who he kept hostage then shot.

Cunanan, who worked as a prostitute, then went to Chicago and beat tycoon Lee Miglin, 72, to death in the garage of his luxury home.

He made his getaway in Miglin's car and drove to New Jersey where he met his fourth victim, William Reese, a caretaker at Finn's Point National Cemetery.

By the time Cunanan got to Versace's home, he'd been evading capture for two months.

Vanity Fair writer Maureen Orth, who has published a book, Vulgar Favors, about the murder, believes he murdered Versace for the notoriety. “He was willing to kill for fame. He wanted to be everything Versace was, but he wasn’t willing to work for it,“ she said.

"He was willing to kill for fame. He wanted to be everything Versace was, but he wasn't willing to work for it," she said.

Meanwhile, the show’s director, Ryan Murphy, said: "We’re not interested in the killer-of-the-week approach. We’re trying to understand the psychology of someone who would be driven to do those deeds.”

The series will premiere in America on January 17, 2018 on FX. A UK date is yet to be announced but it’s expected in early 2018 and will air on BBC Two.

One tiny correction:  I think the writer meant when Ryan saw Darren in the Hedwig and the Angry Inch (tour) production in Los Angeles, unless anyone knows that Ryan did see Darren in Hedwig on Broadway?

Cover your eyes, Gleeks. Darren Criss, who played squeaky clean, bow-tie aficionado Blaine Anderson on Fox’s Glee is about to shed that image.

The actor has his darkest and most challenging role to date as serial killer Andrew Cunanan in FX’s The Assassination of Gianni Versace: American Crime Story, premiering Jan. 17 on FX. Cunanan not only killed the titular designer, played by Edgar Ramirez, but also four other men in 1997. Portraying the sociopath, Criss vacillates between being charming, pathetic, ruthless, and psychotic.

“I did as much research as humanly possible,” says Criss. But, “there’s not a whole lot of preparation you can do. The only thing you can really do is being available to all emotions at all times. At any point, he’s ready to fire off in any direction.”

Executive producer Ryan Murphy was adamant that Criss play Cunanan after seeing the actor on Broadway in Hedwig and the Angry Inch. “I just knew he could do it,” reveals Murphy. “More than that, I knew that he was super hungry and ambitious. I think people thought of Darren as a musical comedy star first. But, when I saw Hedwig, I knew he was capable of great darkness.”


He is with BuzzFeed.  I liked his phrasing:  "@DarrenCriss is Grade A crazy and wonderful as Cunanan." 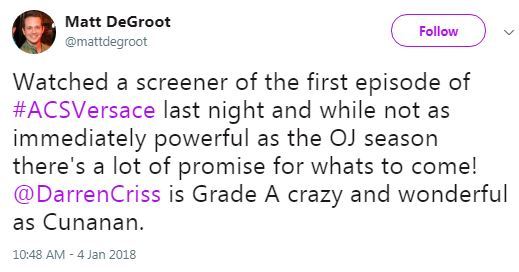 
Ohhhh. This is nice. Darren will be at Good Morning America on January 15th, 2018 | Source

Who is the hell is the "Street Magician guy"?? Here's what Hank would watch if he wasn't paid to watch TV: "Game of Thrones," "The Americans," "The Amazing Race" and "Shameless" Lately he's been digging "The Chi" "The Assassination of Gianni Versace: American Crime Story," "The Marvelous Mrs. Maisel," "The Crown" and "Below Deck."

Do you think The Assassination of Gianni Versace has the potential to be as big as The People vs OJ Simpson? Or is 90s gay politics too niche for audiences?

Is it political, though? What principles did Andrew Cunanan stand for?

That said, I think you’re onto something. Make the subject gay (either a little bit or a lot) and you still lose some potential audience (dude bros, mainly), though not nearly to the degree that you once might have. Plus, I think everyone wants to tune in to see if this one is as good as the last one. Versace is nowhere near the true-crime mania that accompanies the subject of O.J. Simpson. Minus the crazed gay serial killer angle and debaucherous gay luxury angle, he Versace murder is hard sell as a work of nostalgia or revisionist drama.

I have seen two episodes at this point, but I have a feeling I’ll be bingeing a lot more of it tonight in advance of FX’s presentations tomorrow. What I can say, so far, is that this series hits the same sweet spot that the O.J. series did, between fact and sensation. Darren Criss goes all out as Andrew Cunanan.

Is that the Street Magician guy?

Jhett Tolentino is very interesting.  He is a Broadway producer and won 3 Tony awards, for co-producing “A Gentleman’s Guide to Love and Murder” (Best Musical), “A Raisin in the Sun” (Best Revival of a Play, which stars Denzel Washington) and last year, “Vanya and Sonia and Masha and Spike” (Best Play).  Source:  http://entertainment.inquirer.net/148382/third-filipino-tony-winner-from-humble-roots 
This is well done.  I love all the images of  Cunanan, Versace, Donatella, reflected in the sun glasses (beginning with the image of Cunanan sneaking up on Versace, which we see repeated, and the "V" for Versace), with the glasses becoming cracked and broken, and how at the end, all you see are Cunanan's scary eyes.

So it premieres somewhere on Canal FX Latino on January 18.  I wonder where?

I'm going to be out for most of the day.  Hope there are plenty of videos of all the performers today.  If anyone catches videos of other performers beside Darren, can you please post a link (especially of Jeremy and Alan). jeremyjordancom   Last minute, but we have someone who is going to Elsie Fest tomorrow night and is willing to live stream Jeremy’s set for us!!! So join us here tomorrow around 6pm, EST!!! #jeremyjordan #elsiefest

Alan is so cute.

Glad to see Chuck there. Lots of Merchandise.   I need a canvas grocery bag.  It's sort of hard to see the merchandise in the video.  Hope they post a link specifically for Elsie Fest 2017 (the link on their instagram is for all their merchandise, not just Elsie Fest, and the search using "Elsie Fest" listed an Elsie Fest shirt for a previous year). 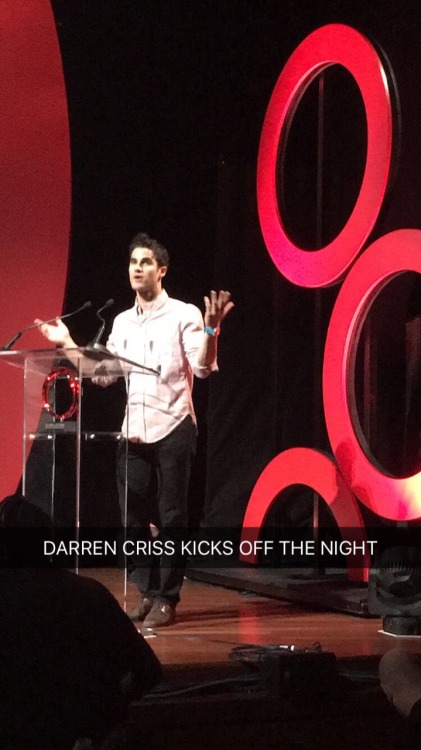 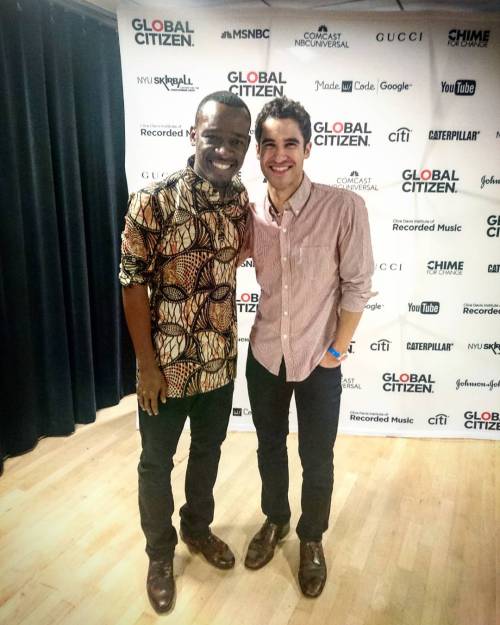 Pic with  fans and their nice message: 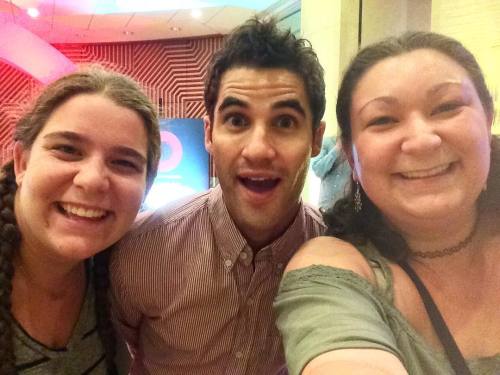 beamer98 Fun fact: my family invited him to go get dinner with us  Thank you @darrencriss for being so nice and genuine. I’ve never seen Paige so star struck  Thanks for being a @glblctzn and supporting the cause!  #globalcitizen #glee #newyork
Search in: Darren's Charitable Work for 2016  Topic: Darren's Charitable Work for 2016  Replies: 41  Views: 4365 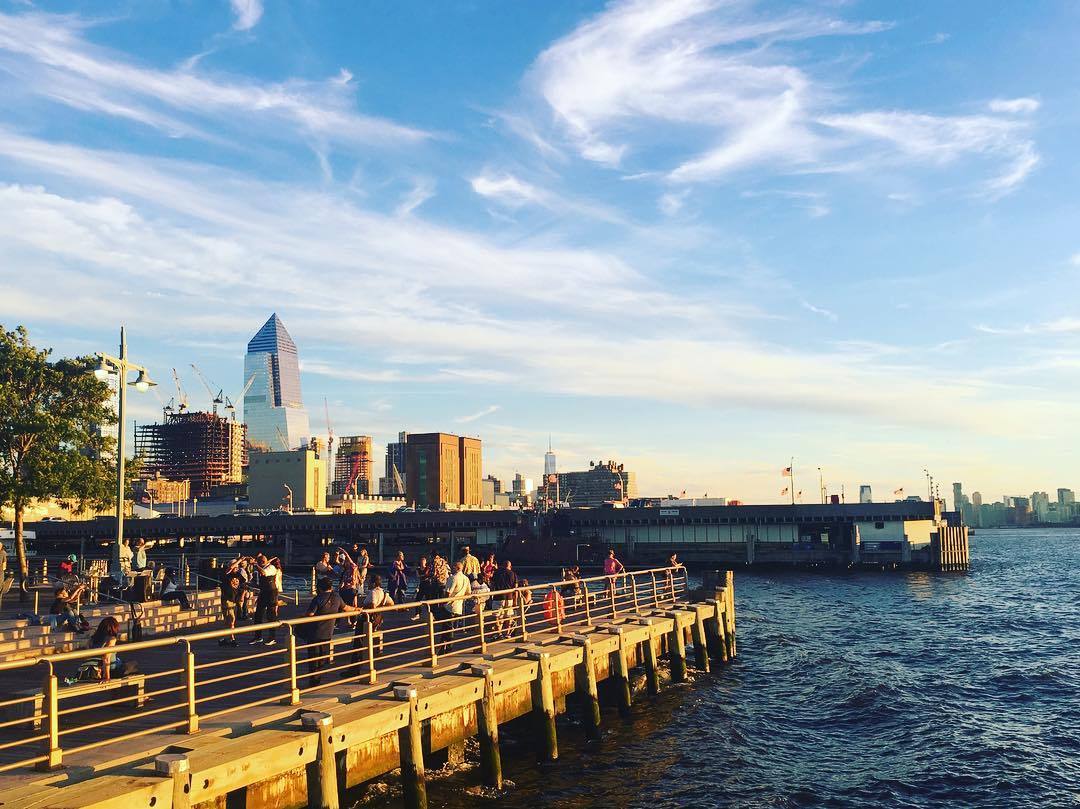 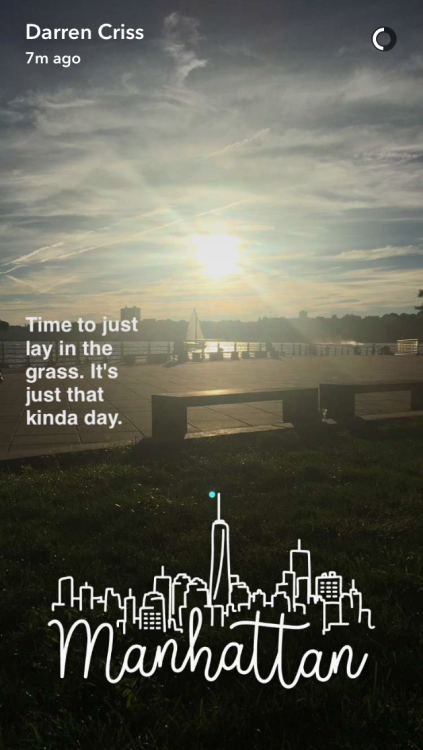 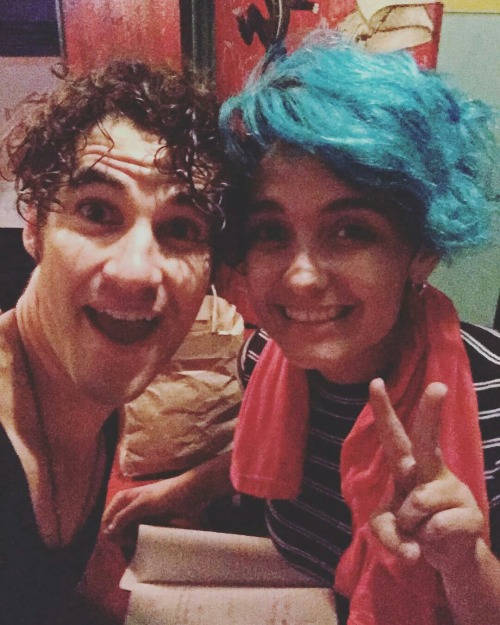 It was Mia's birthday yesterday. 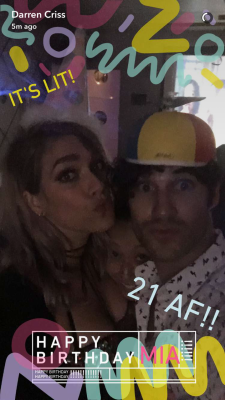 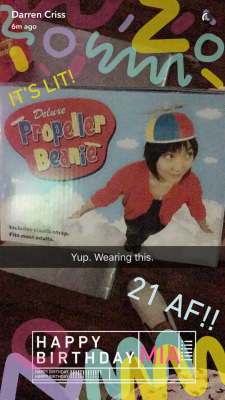 
Pics with folks (some nice messages). 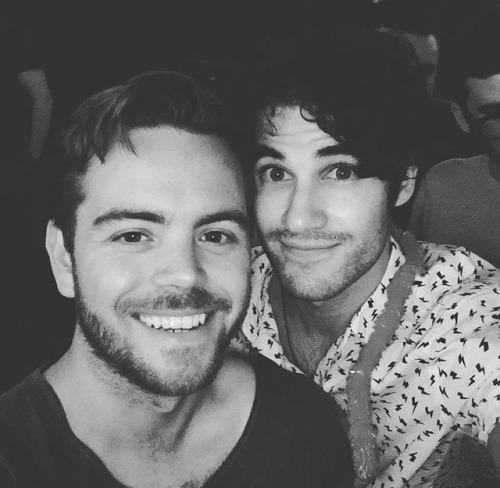 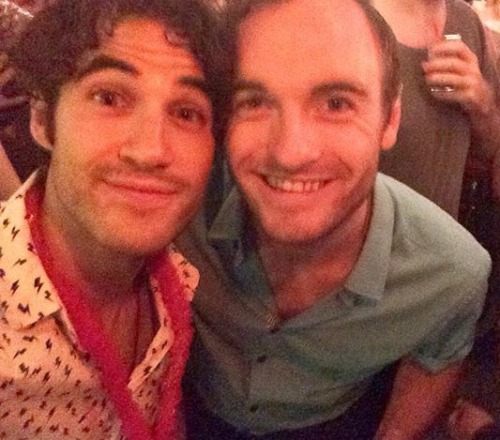 kevtjm: What a gracious man.