Darren at the Young Professionals for Hilary: 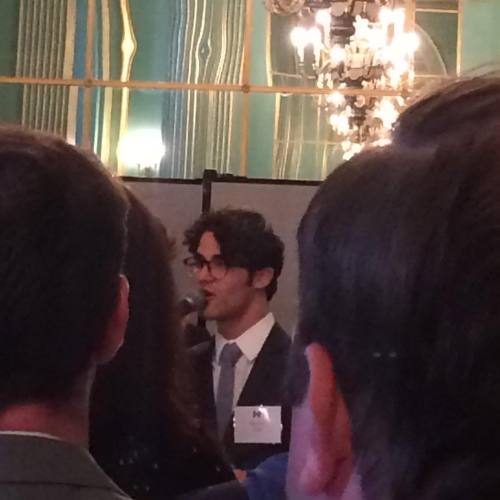 yanks02:
Thanks for the inspiring speech @darrencriss ! #imwithher (at Green Room at the War Memorial)

Darren Criss speaking at the Young Professionals for Hillary event in San Francisco.

(He’s a small dude and there was no stage so this was the best I could do. He did have a very engaging and eloquent speech.)


Some nice pics.  Rocking that young professor look, while urging people to be active in this election. 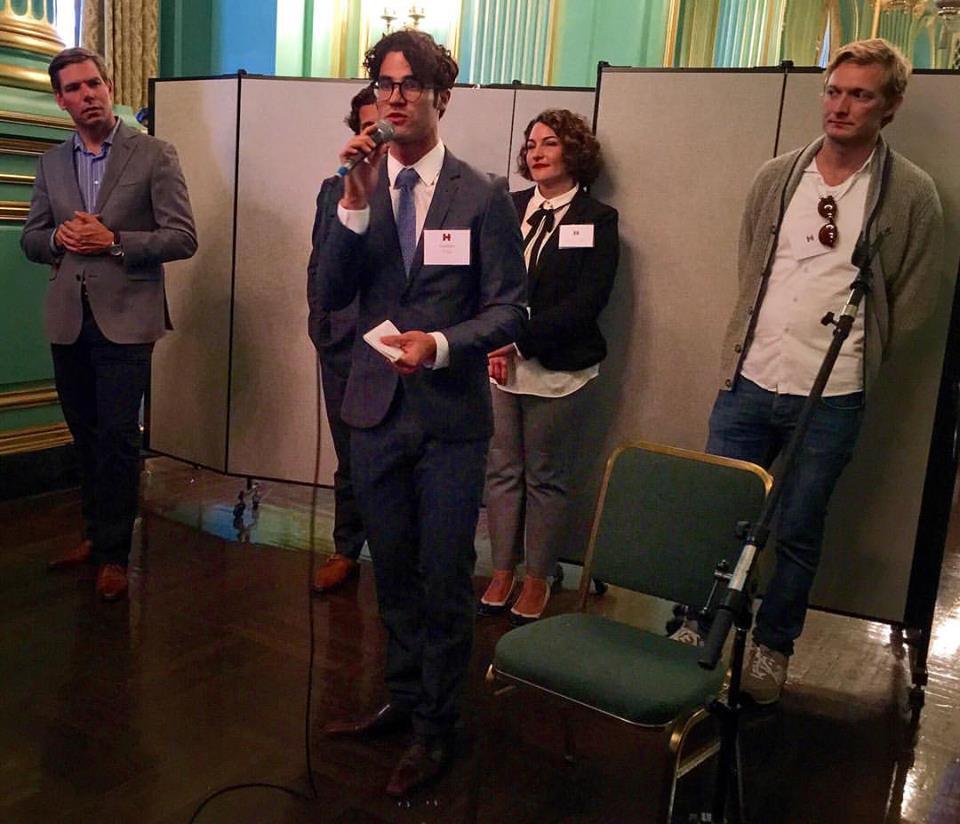 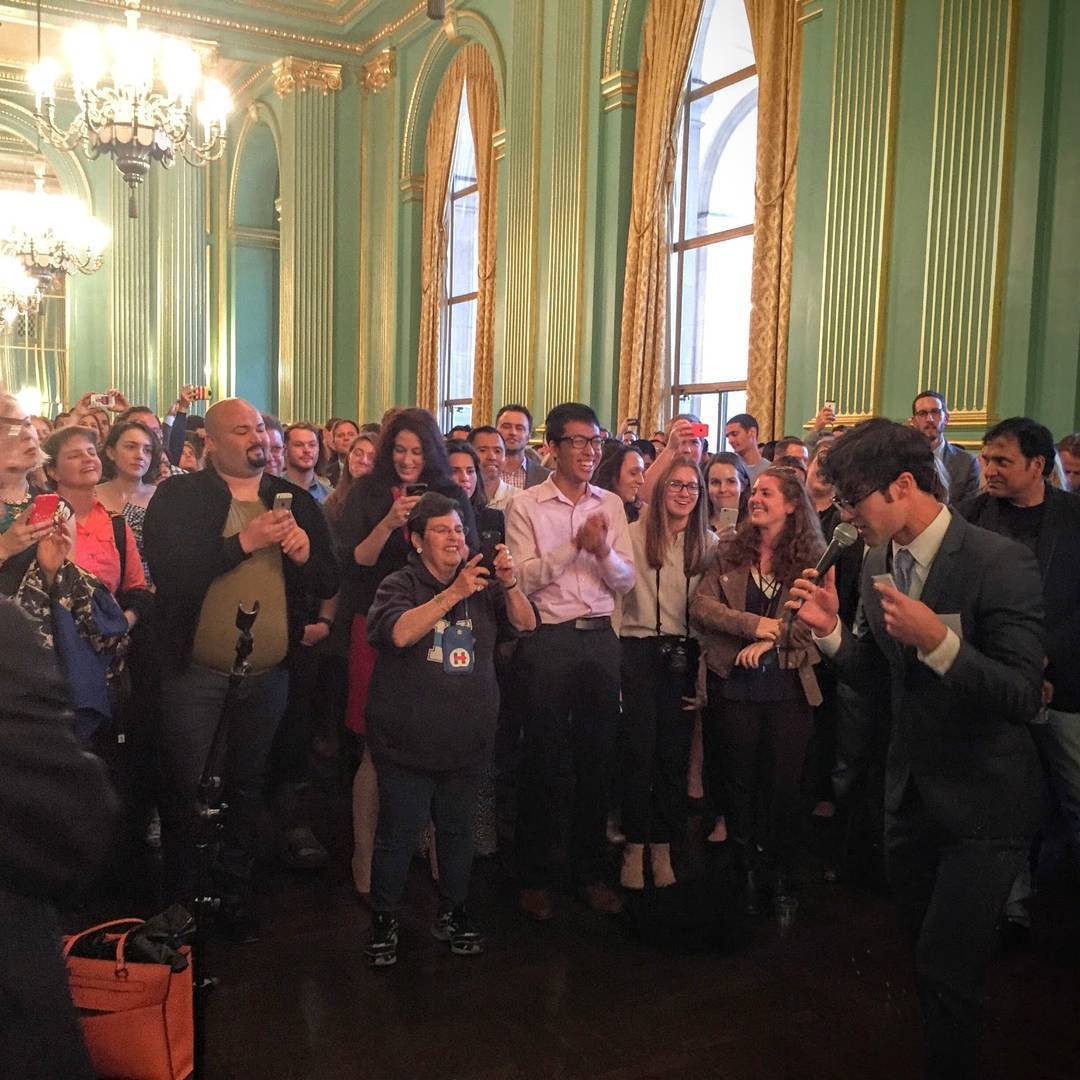 
Some pics from the Outside Lands music festival. theadamdillon: Not going to lie, this was pretty rad to meet @darrencriss tonight. He was great to talk to and lives in SF! Hope to one day photograph this dude again


This is a cute pic.  I'm glad she finally got to meet Darren. 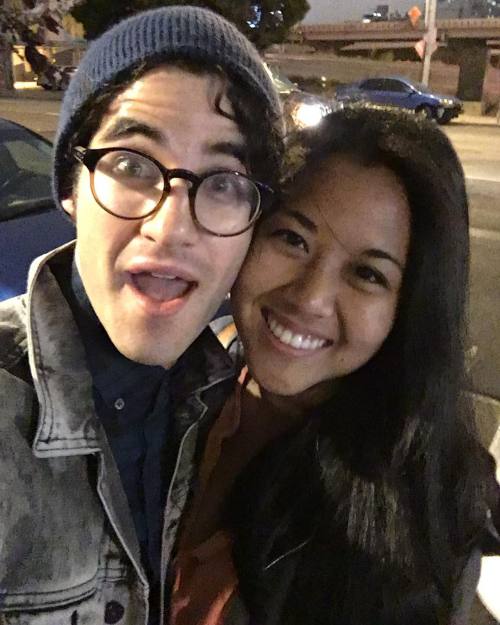 minami_e: So happy I finally met the wonderful @darrencriss, even if I did make a complete fool out of myself. And thanks to @marzate91, @hannhannham, and Andrew for running across the city with me to create this magical moment! #darrencriss #dreamsdocometrue #7yearsinthemaking


It sounds like this fan has been hoping to meet Darren for a while too. Somewhere in SF.   A very sweet message from a fan.   I like Darren's shirt/sweater combination.  Nice colors. This is a very good pic of him.  The woman in white has the same color eyes.   The fan said that this was on Haight Street. 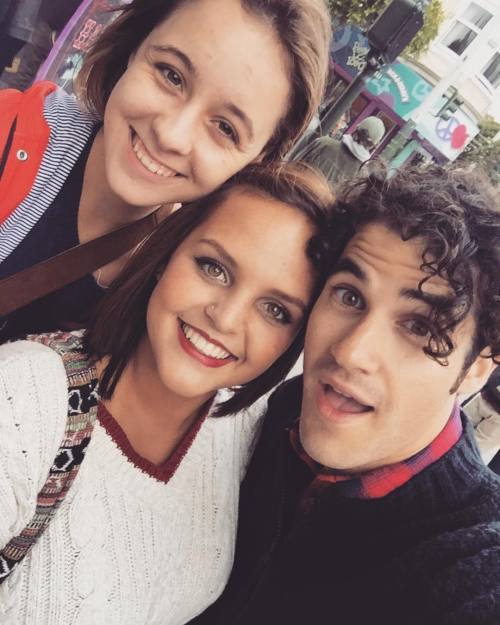 Darren with fans in San Francisco on August 6th, 2016 | source

Something about this brightly colored beanie cap makes for a cute pic.   Cute message from a fan. hatvtrinh: We just met @darrencriss & he said “I love you too”