Too bad Finn Wittrock and Ryan were not able to attend.  I wish the moderator had asked Jon Jon Briones a question.   What Darren said was touching, about his scenes with Mike Farrell's Lee Miglin.  Darren was very eloquent in discussing how skillfully Mike Farrell portrayed the internal conflict that Lee Miglin  struggled with, how Mike Farrell so skillfully expressed what Lee Miglin felt to be his personal demons, being in the closet, and struggling to reconcile that with being a good man, a man who loved his wife deeply.  Darren said the hardest part for him was seeing that conflict in the eyes of Mike Farrell's Lee Miglin, with Darren knowing his character was the vehicle that would destroy this good man's soul.  I guess Mike Farrell was in the audience?  High compliments from Darren to Mike Farrell for his poignant portrayal of Lee Miglin.   (I completely agree.  I thought Mike Farrell was so good at capturing the vulnerability, the sweetness, of this kind man, who struggled so greatly.  I think I emotionally bonded the most with Cody Fern's David Madson and Mike Farrell's Lee Miglin.  I think it was because of their sweetness, their vulnerability, their softness.)  Darren also had discussed before how he has tried to keep up the morale of the cast by keeping things light on set while not filming, which is so nice.  I agree with Darren that the emotion of anger is a simple emotion, but I distinguish acting out violence as something that is not a simple act, because violence involves not just expressing anger against a target, but also may involve expressing power over another human being, as well as  involve other emotions felt by the person who acts out the violence, such as the emotions of hurt and betrayal.  Edgar made me cry, imagining how Gianni  Versace died slowly, perhaps hearing and feeling the grief of those he loved and who loved him, the grief of Antonio.  Edgar also had nice words about Penelope, how even with his eyes closed, Edgar felt the grief acted by Penelope as Donatella.   Cody Fern is funny--how he was getting into the emotion of realizing his character was about to die, and then Darren cheerfully greets him.  It was nice of Cody to say that he appreciated Darren's efforts to bring some balance to the emotions on the set while not filming.   I also thought it was interesting what Max Greenfield said, about how it was important to hold onto the emotions of the character, of feeling lost, of the sorrow, until shooting ended, but once filming ended, he felt a great sense of a weight being lifted.   Again, I really wish Jo Jo Briones had an opportunity to talk about what it was like to play the father of Andrew Cunanan--the master who taught the student how to lie and charm, how to dominate and tear down people's souls and self-esteem.

When Criss isn’t singing, he’s busy working as an actor, earning rave reviews for his role on ‘The Assassination of Gianni Versace: American Crime Story,’ which airs Wednesdays on FX. Darren Criss arrives at the for your consideration event for FX’s ‘The Assassination Of Gianni Versace: American Crime Story’ held at DGA Theater on March 19, 2018 in Los Angeles, California. Edgar Ramirez and Darren Criss arrive at the for your consideration event for FX’s ‘The Assassination Of Gianni Versace: American Crime Story’ held at DGA Theater on March 19, 2018 in Los Angeles, California.


This is a cute pic of Darren. Darren Criss speaks onstage during the For Your Consideration Event for FX’s ‘The Assassination of Gianni Versace: American Crime Story’ at DGA Theater on March 19, 2018 in Los Angeles, California. 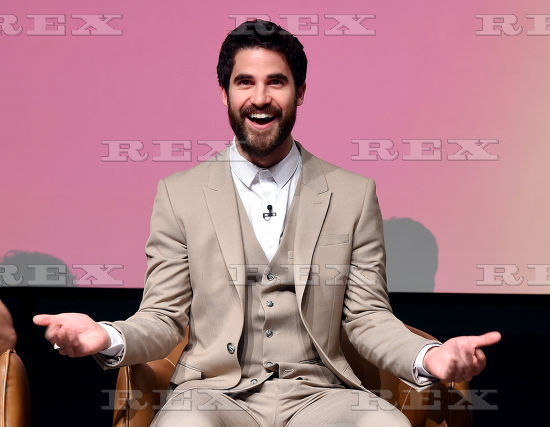 
Interesting excerpts of the discussion at the Finale screening.  Please visit the site to read the entire article--a very interesting issue raised by Ricky Martin of having to relive in the closet for one of the scenes, and I also learned that Jon Jon Briones  would shoot his scenes in Versace, then take a red eye to do a matinee and evening performance for Miss Saigon on Broadway!  Jon Jon also has some kind words for the director of Episode 8, Matt Bomer.

Emmy nominations may be four months away, but the campaign season kicked off on Monday night, when the cast and producers of The Assassination of Gianni Versace: American Crime Story reunited for a For Your Consideration event at the Directors Guild of America theater in Los Angeles.

After a screening of the season finale, “Alone” (March 21 at 10 p.m. ET on FX), stars Darren Criss, Edgar Ramirez, Ricky Martin, Cody Fern, Max Greenfield, Judith Light, and Jon Jon Briones, as well as executive producer Brad Simpson, EP/writer Tom Rob Smith, and Vulgar Favors author Maureen Orth, talked openly about the challenges of bringing the story of Andrew Cunanan and his victims to the screen, the most difficult scenes to film, and, of course, which wardrobe pieces they really wanted to steal.


Though he murders four people onscreen as killer Andrew Cunanan, Criss said the most difficult scene for him to film was the intense encounter in episode 3 between Andrew and his third victim, Chicago real estate mogul Lee Miglin (played by M*A*S*H star Mike Farrell). “People always ask me what the hardest thing to shoot was, and I think they want to hear the violence, the aggression — but those are simple things,” said Criss. “Violence is a base act from a very accessible place — it’s easy to get angry. But what is truly twisted and heartbreaking is looking into Mike Farrell’s eyes [as he’s] playing this deeply closeted man who loves his wife, and is truly a good man who is fighting a demon he can’t escape — and then me having to drive the car as somebody waging psychological warfare on this person. When I would leave those scenes, I’d feel like, Ugghhh,” the actor continued. “I think people on set maybe thought it was because I was getting intimate with Mike Farrell — it wasn’t that, it was having to, like, penetrate a man’s soul who was trying so desperately to keep it together.”

Please visit the site to give the article a number of "clicks."  Source:  http://ew.com/tv/2018/03/20/assassination-of-gianni-versace-cast-revelations/

Oh, those are cookies.  I thought they were soap bars.  Those cookies are too pretty to eat! 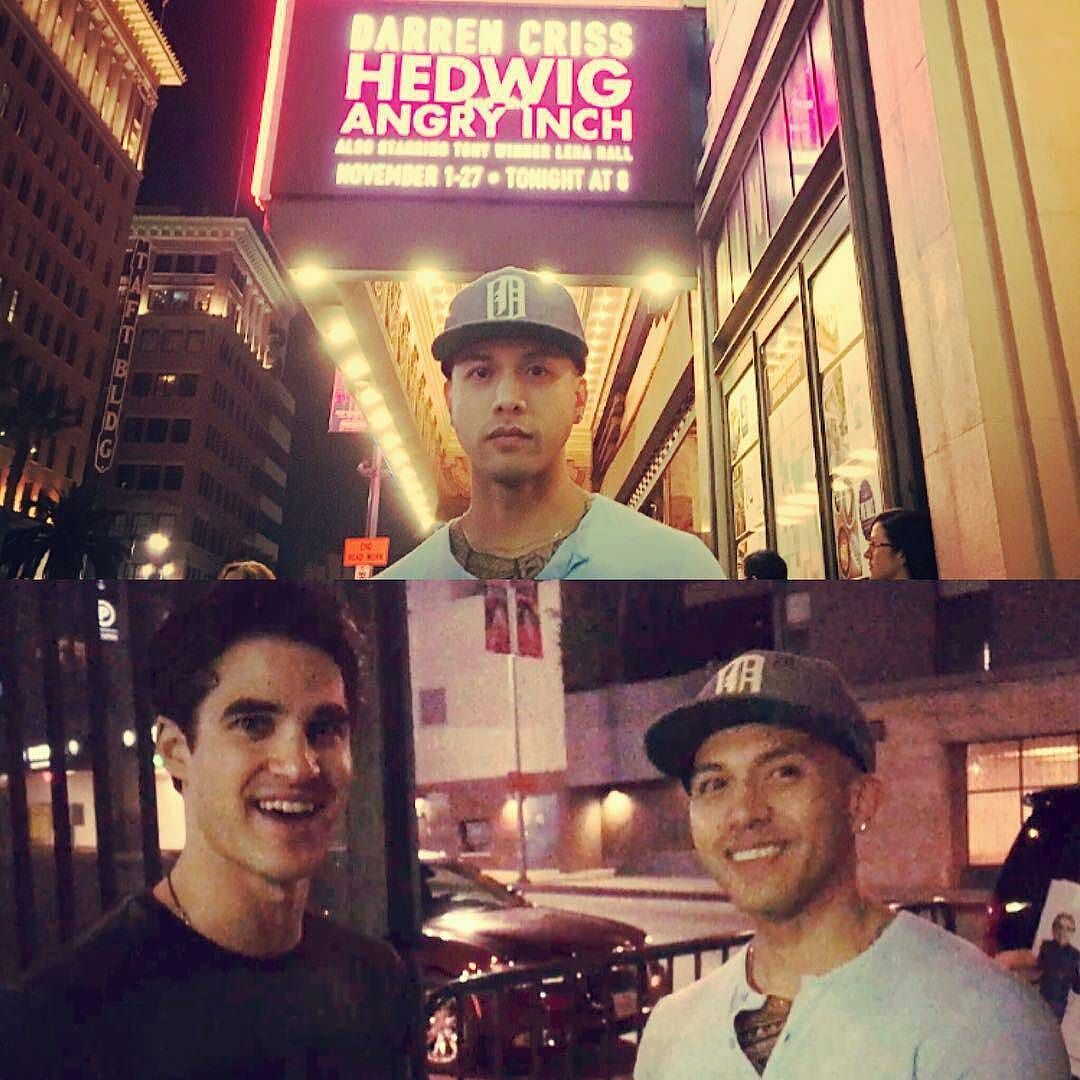