Please feel free to post your comments regarding general news about Darren in 2019 in this thread.

WatchMojo just released a top of the hardest musical male roles and Hedwig is #6 but Darren doesn't appear in the segment. Chris Colfer does appear in the video (a role he played during a Glee cover is #10).

Thanks for sharing, Jeremy.  I saw Dear Evan Hansen in L.A.  It was so emotional.  The singing/the music was gorgeous and the story just drew me in and touched me.  Loved the acting.

Just a reminder about the Golden Globes this coming Sunday!  Crossing fingers for Darren!

DEH was #1 on their list (I don't know if you mention that show because you have watched the video after my message).

And, yes, a few more awards for Darren in ACS would be nice. But I'm already glad with the Emmy.

If there were more awards, it would be icing on the cake.

Sorry about not posting much today and yesterday--real life kept me busy.

I may not be able to post until later tonight-- still can't visit tumblr sites (my firewall is now blocking all tumblr sites--maybe tumblr did something on their end?), and still dealing today with extended family issues.  I'll try logging into tumblr later (I don't usually log in since I'm not active on tumblr--I usually just visit the physical tumblr sites).

I'm happy Darren got this award too. And his speech, as his outfit, was beautiful

Poppy, sorry for your problems.

Yes, so great that Darren and the show won Golden Globe Awards!  I liked his speech and Brad Simpson's speech was really memorable and special.  I liked the cherry blossom design on Darren's jacket and thought it was fun that Ryan also had a jacket with an interesting design.

Aw, that's so sweet of you, Jeremy.  I appreciate that.

I'm frustrated with tumblr.  What did they do, that now results in my firewall causing me to be unable to access my favorite tumblr sites?  I have never had this problem ever until now.

I can log into tumblr, but I'm not really familiar with how the feed works for tumblr, so I'm not really sure if I'm crediting the right news source and I'm having trouble with videos.  Oh well.

GALECA: The Society of LGBTQ Entertainment Critics, comprised of over 200 gay, lesbian, bisexual, transgender, queer and ally entertainment journalists in the U.S., Canada, Australia and U.K., has announced its 10th Dorian Award winners across 26 TV and film categories.

Over on the TV side, FX’s Pose and Pop’s Schitt’s Creek both scored big with GALECA members. Pose—a drama set against the lively streets of New York City circa 1979—stood as TV Drama of the Year and LGBTQ Drama of the Year, also helped its producer, Ryan Murphy, to his second Dorian Award win for Wilde Artist of the Year (Murphy is the first person to win this title twice in GALECA’s 10-year history).  Pose’s star, Billy Porter, took two Dorians—one for TV Performance of the Year—Actor and a shared win with his costars MJ Rodriguez and Our Lady J for their moving rendition of “Home” on the series.

Wilde Artist of the Year

Sorry that I haven't posted the last few days.  I've been swamped with things I needed to do for my extended family.

Just a reminder.  In a couple of days, on Sunday, January 13, the Critics Choice Awards will air on the CW network at 7 pm EST.

Critics Choice Awards wrote:
BEST ACTOR IN A LIMITED SERIES OR MOVIE MADE FOR TELEVISION

Just a reminder:  Tomorrow is the Critics Choice Awards and Darren is nominated. 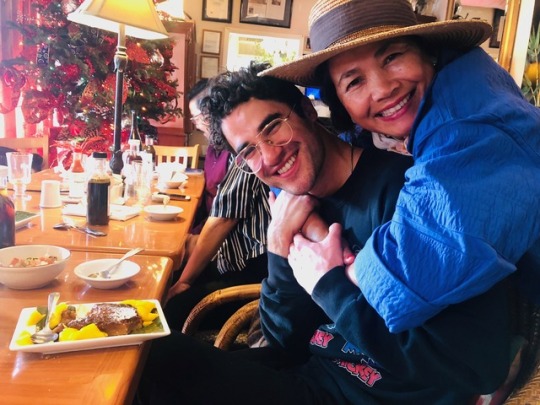 DarrenCriss: Morning after Golden Globes celebration was full of Filipino treats including this fun spritely lady with me … “who dreamed of coming to this country and getting invited to glamorous parties like this…” Well Mom, I’m glad you made it. 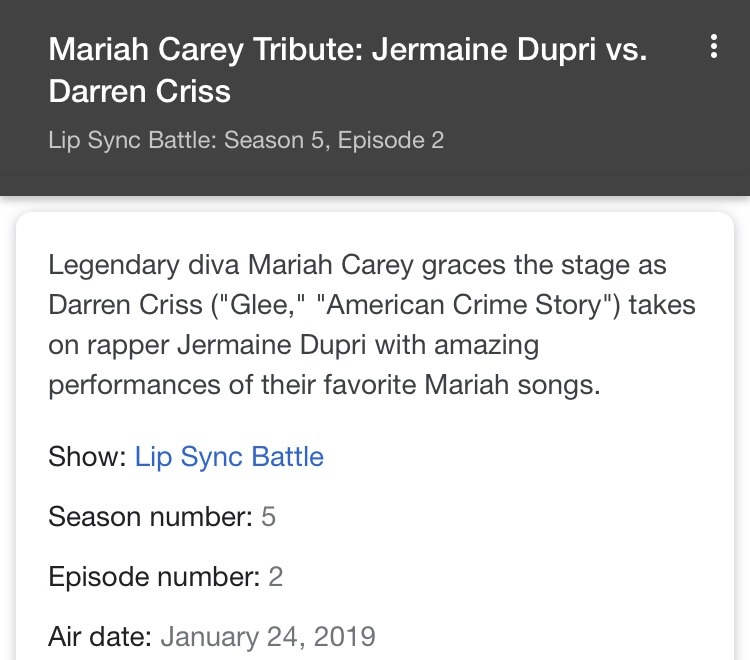 
Nice pic of the family. 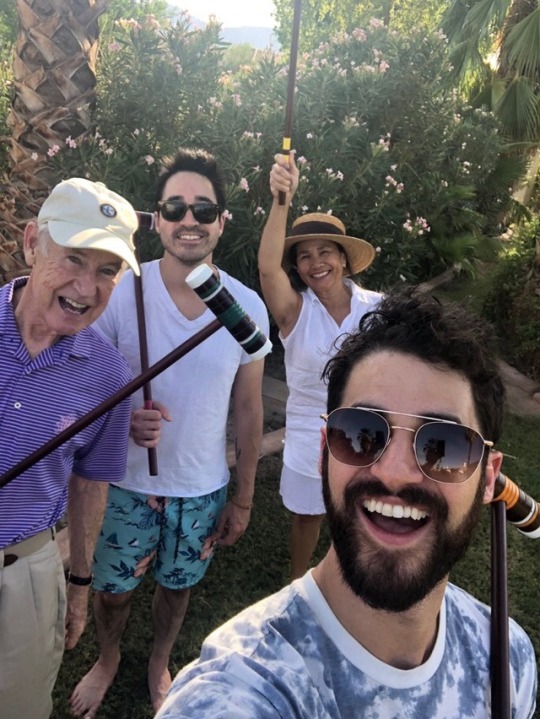 weplaycomputers Sometime we take the games offline… and smash some Broquet with the fam! 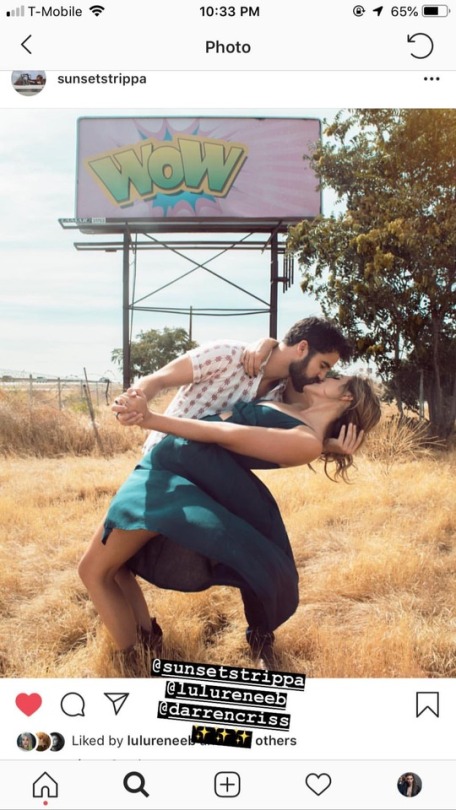 Coming up on January 24! 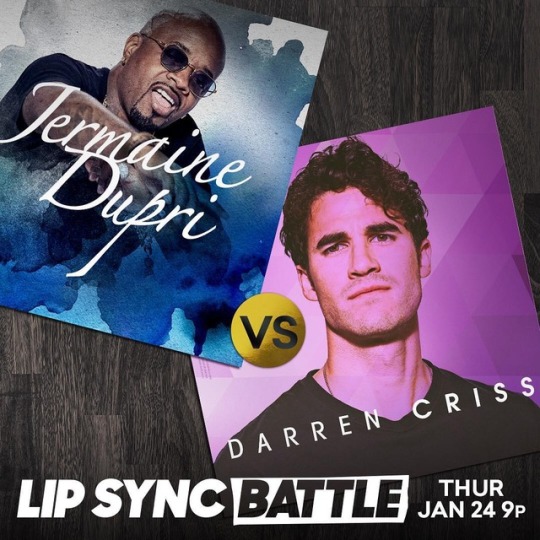 I know that this post is not Darren-related news, but I thought I would post it here for all you U.S. citizens who want 800,000 federal workers to get paid.

Indivisible and other Resistance groups have organized a Nation Telephone Call-in Day to your U.S. Senators to insist that federal workers get paid and that the federal government is re-opened.

Right now, Trump is refusing to re-open the federal government and pay federal workers until he gets a certain amount of funding for his beloved wall.

Tomorrow, Thursday, January 24, the U.S. Senate will vote on two opposing bills regarding the government shut down.

It is absolutely vital that you call your U.S. Senators TODAY (Wednesday).


Please, please pick up the phone and call your U.S. Senators TODAY.

Already, conservative groups have been busy over the last few weeks organizing phone calls to their Senators and to Senate Majority Leader Mitch McConnell and urging the Senate to fund Trump's wall.

TODAY, Wednesday, we need ordinary citizens like you to call your U.S. SENATORS, to tell your Senators to support our federal workers and to refuse to agree to give $5.7 billion for an useless wall, as well as refuse any funding for expanding dangerous and overcrowded detention centers with inadequate medical care into which immigration agents can stick immigrant children who were seized away from their parents.

Phone Script wrote:Hello! My name is ___ and I’m calling from (your state).


Please let Senator [Senator’s name] know that I would like her/him to oppose any legislation during the shutdown, unless that legislation is the Clean Continuing Resolution from the House Democrats to reopen the federal government until Feb. 8.


Instead, I would like Senator [name] to pass the Clean Continuing Resolution bill from the House Democrats that will keep the government open until Feb. 8, so that 800,000 federal workers such as FBI agents, Coast Guard agents, TSA agents, and other federal workers can get paid, and so that national parks can be re-opened and protected from vandalism.

To find out how to contact your U. S. Senators, please go here:    https://www.senate.gov/general/contact_information/senators_cfm.cfm

Phone Script to call Mitch McConnell wrote:Hello! My name is ___ .


Instead, I would like Senator McConnell bring to the floor for a vote, the bipartisan Continuing Resolution bill  that passed in the House that will keep the government open until Feb. 8, so that 800,000 federal workers such as FBI agents, Coast Guard agents, TSA agents, and other federal workers can get paid, without any funding for Trump's wall.

Yea!   The U.S. government got re-opened for 3 weeks (and without funding for the stupid wall)!  So happy for those federal workers who were at risk of getting evicted because they couldn't pay rent, or at risk of losing their house because they couldn't make their mortgage, or couldn't afford to pay for medications or childcare, or gas to commute to work.  The shutdown also was harmful to the safety of those using our airports, eating our food (FDA was affected too), as well as law enforcement (FBI, Coast Guard) and harmful to our economy.  The airlines warned just before the compromise that they were reaching the point of no return, where there would be irreparable harm to the economic future of some airlines.   I just hope that Trump is not gonna pull this stupid act again in 3 weeks.

SAG Awards tomorrow!  Looking forward to seeing Darren there.  I forget who else beside Darren and ACS Versace were nominated.  I think (but could be wrong) that Penelope was nominated too.  Icing on the cake if Darren wins.

I may not be able to post that much in the next few days.  I'm just feeling overwhelmed with home repairs (pipe leaking) and dealing with extended family issues.
_________________ 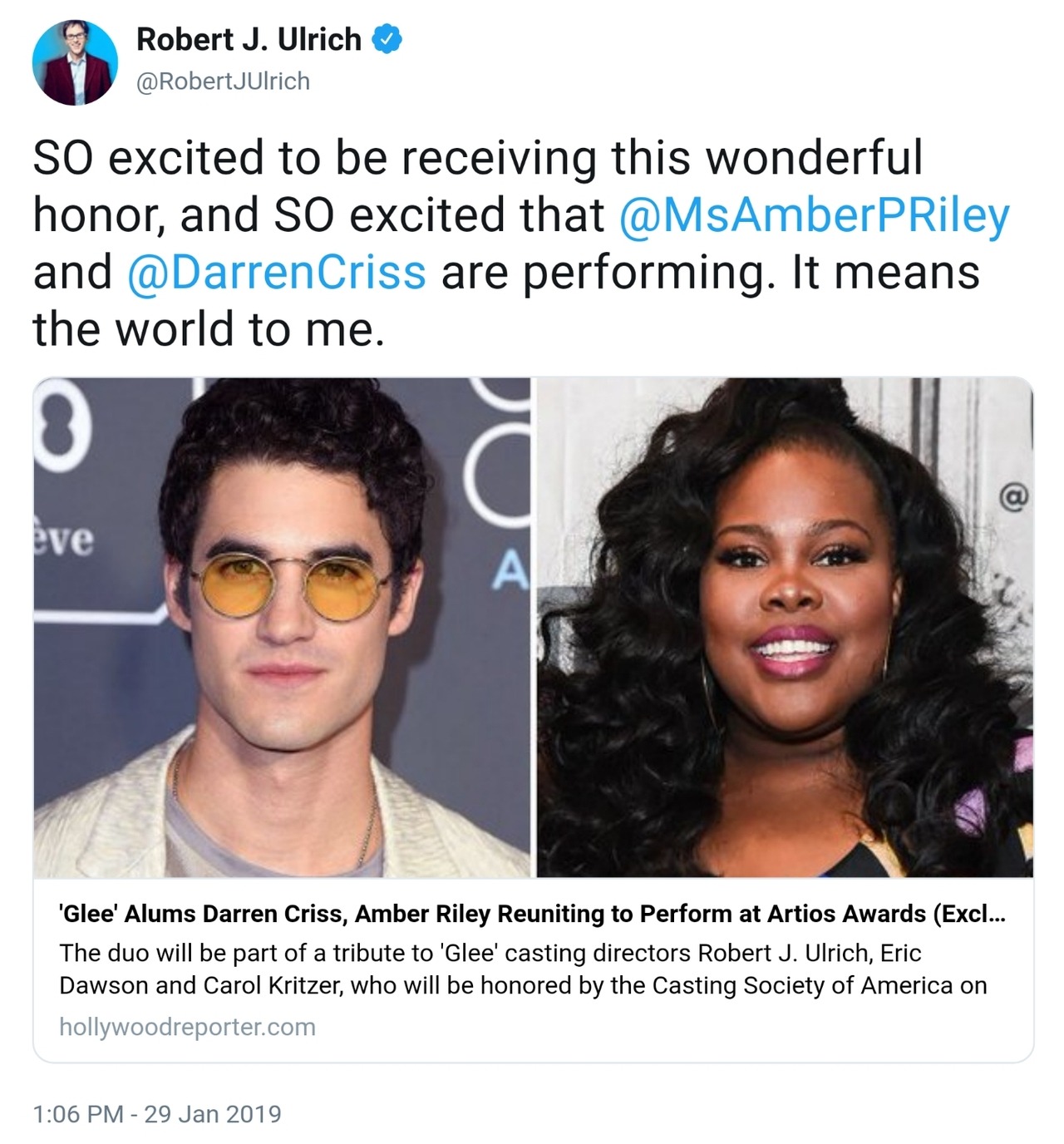 
The duo will be part of a tribute to 'Glee' casting directors Robert J. Ulrich, Eric Dawson and Carol Kritzer, who will be honored by the Casting Society of America on Jan. 31.

As part of a tribute to the night's Hoyt Bowers honorees — Glee casting directors Robert J. Ulrich, Eric Dawson and Carol Kritzer of Ulrich/Dawson/Kritzer Casting — Criss and Riley will give a musical performance.

Glee co-creator Ryan Murphy and Carol Mendelsohn, executive producer and co-creator of CSI and its spinoffs, will present the award, which is given for excellence in casting and honors the recipient's body of work and their outstanding contribution to the profession.

Help The Criss Project raise $3000 for charity in honor of Darren’s 32nd Birthday!!

Check out our BRAND NEW MERCH design! All proceeds go directly to The Trevor Project!!

OR you can donate directly to Trevor HERE or to Musicians on Call HERE!

Please help spread the word by sharing with other Darren fans!

Re: Darren Appreciation Thread: General News about Darren for 2019